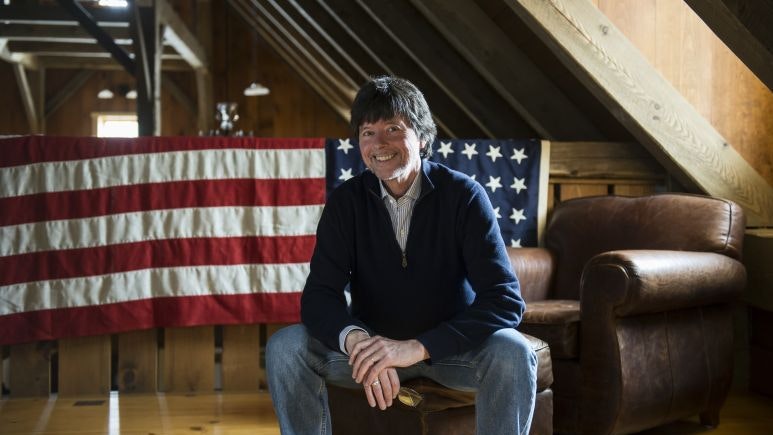 Burns will be presented with an engraved medal and $25,000 prize at an event at the Museum on April 11, 2019. The inaugural Lenfest Award was presented to Pulitzer Prize-winning author David McCullough in September 2016.

“Known as ‘America’s Storyteller,’ Mr. Burns’s lifetime of work has inspired millions, from all ages and all walks of life, to learn more about our nation’s complex and dramatic history, emotionally connecting us to our nation through the artistry of his informative storytelling,” said General John P. Jumper, Chairman of the Museum’s Board of Directors and Acting President and CEO. “We are honored to carry forward the legacy of our Chairman Emeritus Gerry Lenfest through this award celebrating the bold spirit of the American Revolution – a spirit that Gerry himself embodied.”

The Museum’s Chairman Emeritus H.F. (Gerry) Lenfest, who passed away in August 2018, created the award to recognize distinguished and significant achievement in advancing public awareness and understanding of history and of its relevance in the ongoing American experiment. The Lenfest Award is presented on a semi-regular basis and may be given to an individual or to an organization active in a broad range of fields such as history, education, film-making, writing, media, and philanthropy.

Ken Burns has been making documentary films for over forty years. Since the Academy Award nominated Brooklyn Bridge in 1981, he has gone on to direct and produce some of the most acclaimed historical documentaries ever made, including The Civil War; Baseball; Jazz; The Statue of Liberty; Huey Long; Lewis & Clark: The Journey of the Corps of Discovery; Frank Lloyd Wright; Mark Twain; Unforgivable Blackness: The Rise and Fall of Jack Johnson; The War; The National Parks: America’s Best Idea; The Roosevelts: An Intimate History; Jackie Robinson; Defying the Nazis: The Sharps’ War; The Vietnam War; and, most recently, The Mayo Clinic: Faith – Hope – Science.

Future film projects include Country Music, Ernest Hemingway, Muhammad Ali, The Holocaust & the United States, Benjamin Franklin, Lyndon B. Johnson, The American Buffalo, Leonardo da Vinci, the American Revolution, the history of Crime and Punishment in America, the history of Reconstruction, and Winston Churchill, among others.

Burns’ films have been honored with dozens of major awards, including fifteen Emmy Awards, two Grammy Awards and two Oscar nominations; and in September of 2008, at the News & Documentary Emmy Awards, Burns was honored by the Academy of Television Arts & Sciences with a Lifetime Achievement Award.

For sponsorship information, please visit here or contact Kristian Smith at 267-579-3478 or ksmith@amrevmuseum.org.