Sierra Leone and the American Revolution

Take a closer look as we examine the role Sierra Leone played in the American Revolution.

What was happening in Sierra Leone in 1776?
In 1776, the area in West Africa that became independent as Sierra Leone in 1961 was home to several ethnic groups, including the Temne and Mende. Kings ruled small regions while other people lived in independent villages that shared resources. By the 1500s, people in this region had developed new technologies and produced textiles and steel that rivalled those of any other region or nation. The area’s location on the Atlantic coast and its various river estuaries made it a prime trading location for both locals and foreigners. This led to a diverse population that spoke many languages, including European ones. Various European nations established trading posts along the coast beginning in the late 1400s. In the late 1700s, the region exported raw materials — nuts, wood, ivory, rice — as well as enslaved people. Over the course of the 1700s, over 400,000 people were kidnapped from the Sierra Leone region and transported on the Middle Passage, composing about 16 percent of the enslaved people who arrived in British colonies in the Caribbean and North America in those years. 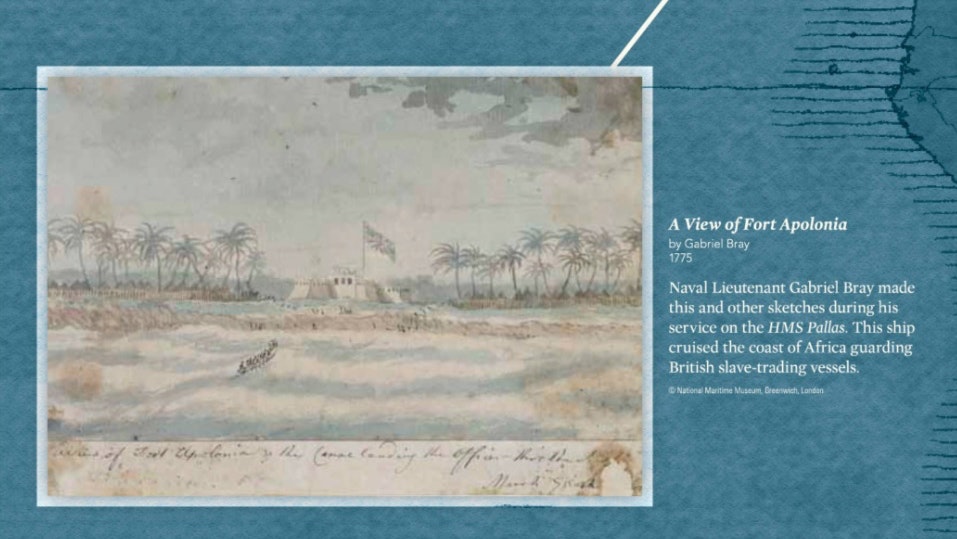 Naval Lieutenant Gabriel Bray made this sketch of Fort Apolonia, located in West Africa in present-day Ghana, and other sketches during his service on the Pallas, which cruised the coast of Africa guarding British slave-trading vessels. Courtesy of National Maritime Museum, Greenwich, London.

When did Sierra Leone become involved in the American Revolution? Which side did Sierra Leone choose, and why?
Sierra Leone did not have a formal regional or military involvement in the American Revolution, but many of the enslaved people who left the region participated in the military and political events of the era. In that sense, Sierra Leoneans were involved in the Revolution from the very beginning. Enslaved and free people of West African descent, including those from Sierra Leone, labored on American farms, crewed American ships, and joined crowds protesting British policies in the 1760s. When the Revolutionary War broke out, some sided with the Revolutionaries while others joined Loyalist regiments to fight for King George III. Thousands of enslaved people, for example, fled to British lines, finding liberty by serving as soldiers and laborers with the army and eventually in locations outside the new United States. While limited records exist to help characterize the political ideologies of these runaways, the risks they took to achieve their personal freedom, and in some cases that of their families, echo the sentiments expressed in 1774 by a newly freed West African-born American poet named Phillis Wheatley, a survivor of enslavement and the Middle Passage, when she wrote that “in every human Breast, God has implanted a Principle, which we call Love of Freedom; it is impatient with Oppression, and pants for Deliverance.” The abstract questions at stake in the American Revolution — of freedom, liberty, and self-government — were visceral, practical, and urgent for these runaways, as they faced the question of which side of the military conflict offered the best route to personal freedom. This original signed copy of Poems on Various Subjects, Religious and Moral was written by Phillis Wheatley, the first published African-American woman author. Wheatley was born in West Africa but was captured and brought to America as an enslaved child. Museum of the American Revolution

Who were the key Sierra Leonean players in this story?
In the years after the Revolutionary War, thousands of refugees of African descent ended up in British colonies like Nova Scotia and even in London itself. In the 1780s and 1790s, British activists, religious societies, and investors developed several plans to resettle these people in West Africa. As a result, the people of African descent who arrived in Africa included many who had been born in America. For them, West Africa was a foreign place of unfamiliar customs and people. Even those born in Africa were not welcomed by the local populations. Meanwhile, the British corporation that had paid for their resettlement in Africa demanded a return on their investment and grew increasingly oppressive. In a series of conflicts, these formerly-enslaved American emigres clashed with native Sierra Leoneans as well as with the British. Harry Washington, for example, was born in West Africa about 1740, and enslaved by George Washington before he escaped Mount Vernon to join British forces in 1776. As one of the new settlers of Sierra Leone, he helped lead a failed rebellion against British authorities in 1800, for which he was subsequently exiled to the interior, where he died soon after. 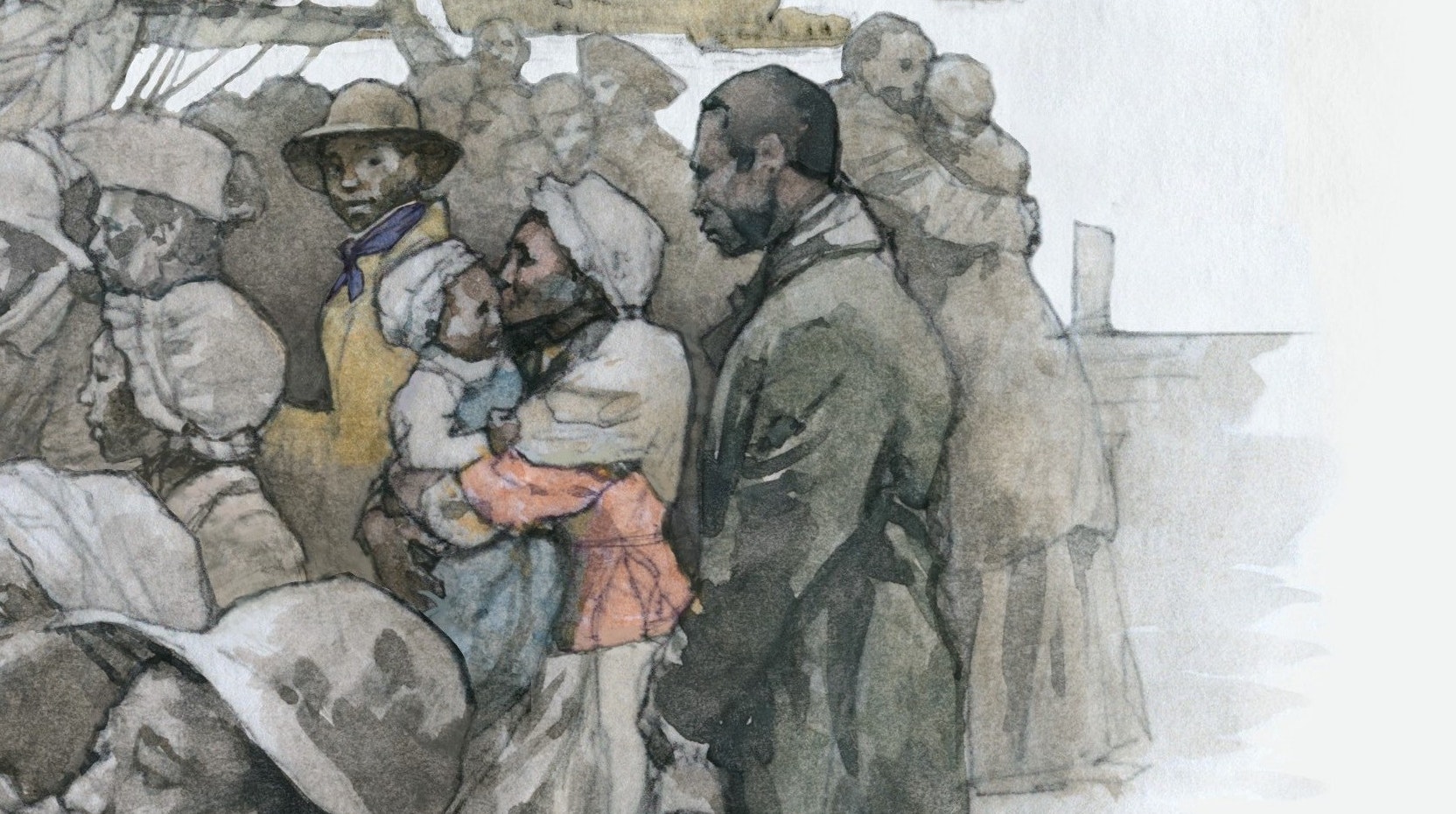 Boston King, depicted in our Finding Freedom interactive, was originally enslaved in North Carolina and settled in Nova Scotia following the war. As a free man, he became a preacher and was one of the founders of Freetown in Sierra Leone, Africa — a settlement of formerly enslaved people.

Explore replica objects related to the life of Harry Washington, who was enslaved by the Washingtons and found freedom through service in the British army. See Content

What was the impact of Sierra Leone’s involvement?
The people who settled in Sierra Leone continued to influence the region for a generation, becoming foundational to British policy and colonial efforts in the region. The British formalized control over Sierra Leone, turning it from a region of investment opportunity to a formal colony in the years after the war and continued to resettle formerly enslaved people there while also attempting to work with native Sierra Leoneans. After a series of conflicts and political movements, the nation achieved independence peacefully in 1961. Today, many Sierra Leoneans have ancestors who escaped from America slavery during the Revolutionary War. A substantial ethnic and linguistic group within Sierra Leone called the Creole or Krio people trace elements of their culture and language to the settlers of the late 1700s. Other people of West African descent helped establish towns throughout the British Empire, including in Nova Scotia. Those who remained in the new United States after the Revolutionary War went on to become prominent abolitionists, businesspeople, and American citizens. 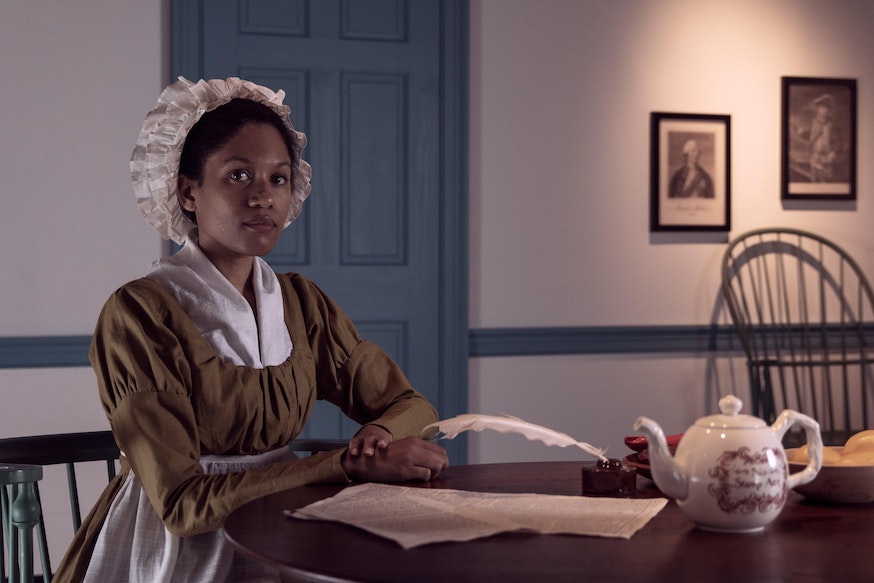 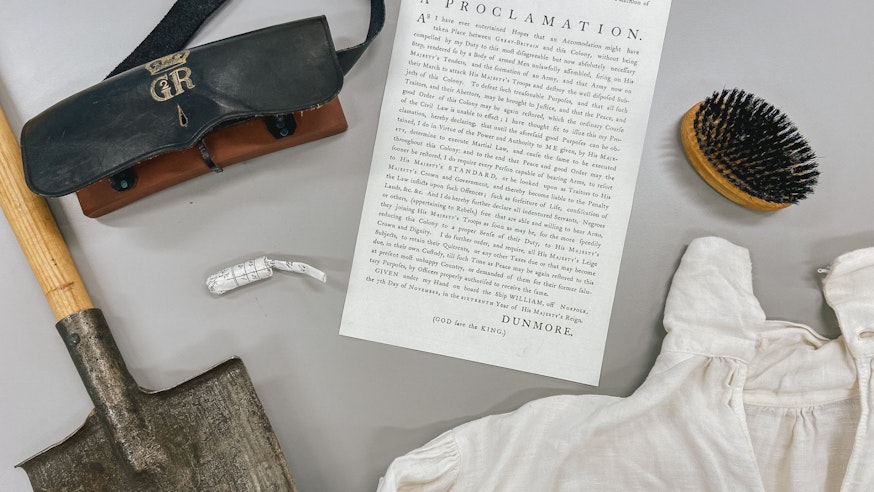