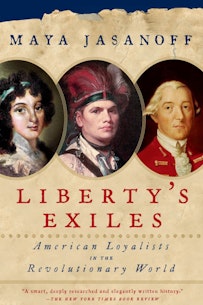 The history of loyalists in the American Revolution is not just a national history, it's a global one. Few explain this better than Maya Jasanoff, in her pivotal work, Liberty's Exiles: American Loyalists in the Revolutionary World. Through the stories of ten major characters, Jasanoff explores loyalists' decisions to leave America after the war and their ventures to resettle across the British Empire, from Nova Scotia to Jamaica, Sierra Leone to India. She finds that each journey reveals "a different stamp of the revolution on the world."

In this excerpt, Jasanoff sheds light on loyalists' motives for leaving revolutionary America and where they went once they left.

Perhaps the most surprising truth about loyalist refugees was how varied a role ideology might play in their decision–making. Though they shared an allegiance to the king and a commitment to the empire, their precise beliefs otherwise ranged widely. Some, like Bailey, expressed sophisticated intellectual reasons for their position. For others, loyalism stemmed from a personal commitment to the existing order of things, a sense that it was better to stick with the devil you knew. Also widespread was a pragmatic opinion that the colonies were economically and strategically better off as part of the British Empire. The extend and depth of loyalism points to a fundamental feature of this conflict that the term "revolution" belies. This was quite simply a civil war — and routinely described as such by contemporaries on both sides of the Atlantic. Polarizing communities, destroying friendships, dividing families — most famously Benjamin Franklin, the founding father, from his only son William, a loyalist — this was the longest war Americans fought before Vietnam, and the bloodiest until the Civil War of 1861–1865. Recovering the contingency, coercion, and sheer violence of the American Revolution explains why so many loyalists chose to depart — driven, like Jacob Bailey, by fear of harassment as much as by commitment to principle. By the same token, self–interest could be as powerful a motivator as core beliefs, as the cases of runaway slaves and Britain's Indian allies perhaps make most clear.

A range of reasons, ideological and otherwise, led all the people in these pages to the same defining choice: to leave revolutionary America. This book sets out to explore what happened to them next. Of the sixty thousand loyalists who fled, about eight thousand whites and five thousand free blacks traveled to Britain, often to find themselves strangers in a strange land. The majority of refugees headed straight for Britain's other colonies, taking up incentives of free land, provisions, and supplies. More than half relocated to the northern British provinces of Nova Scotia, New Brunswick, and Quebec, helping to transform regions once heavily French to the English–dominated Canada of today. A further six thousand or so migrants, especially from the American south, traveled to Jamaica and the Bahamas — carrying the vast majority of the fifteen thousand exported slaves with them. Some ranged still farther afield. The East India Company army would soon be sprinkled with American–born officers, including two sons of the notorious turncoat Benedict Arnold. An unlucky few ended up among the first convicts sent to Botany Bay, Australia. And in perhaps the most surprising migration, nearly twelve hundred black loyalists moved to Africa, under the sponsorship of British abolitionists, to found the utopian settlement of Freetown, in Sierra Leone. In short, loyalists landed in every corner of the British Empire. Within a decade of the peace, the map of the loyalist diaspora looked much like the map of the empire as a whole.

To read another excerpt from Maya Jasanoff's Liberty's Exiles: American Loyalists in the Revolutionary World, take a look back to when the book was first featured in Read the Revolution on Jan. 6, 2016. 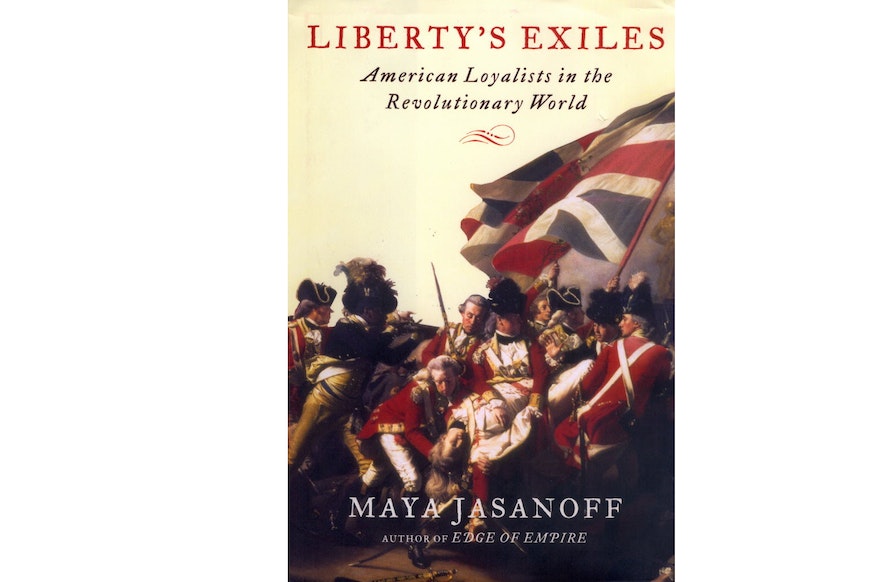