Labor Day Weekend marks the last chance to see the special exhibition Liberty: Don Troiani’s Paintings of the Revolutionary War at the Museum of the American Revolution. Kids 12 years old and younger will receive free Museum admission throughout the holiday weekend (available only at the Museum’s front desk, not online) from Saturday, September 3 – Monday, September 5, 2022.

Liberty, the first major exhibition of original artwork by nationally renowned historical artist Don Troiani, brings together more than 45 paintings alongside historic artifacts that illuminate the story in each scene. The exhibition is on view through September 5 and is included with regular Museum admission. Families can enjoy the special exhibition with a printed family guide full of games and activities and complete a scavenger hunt to win a prize. 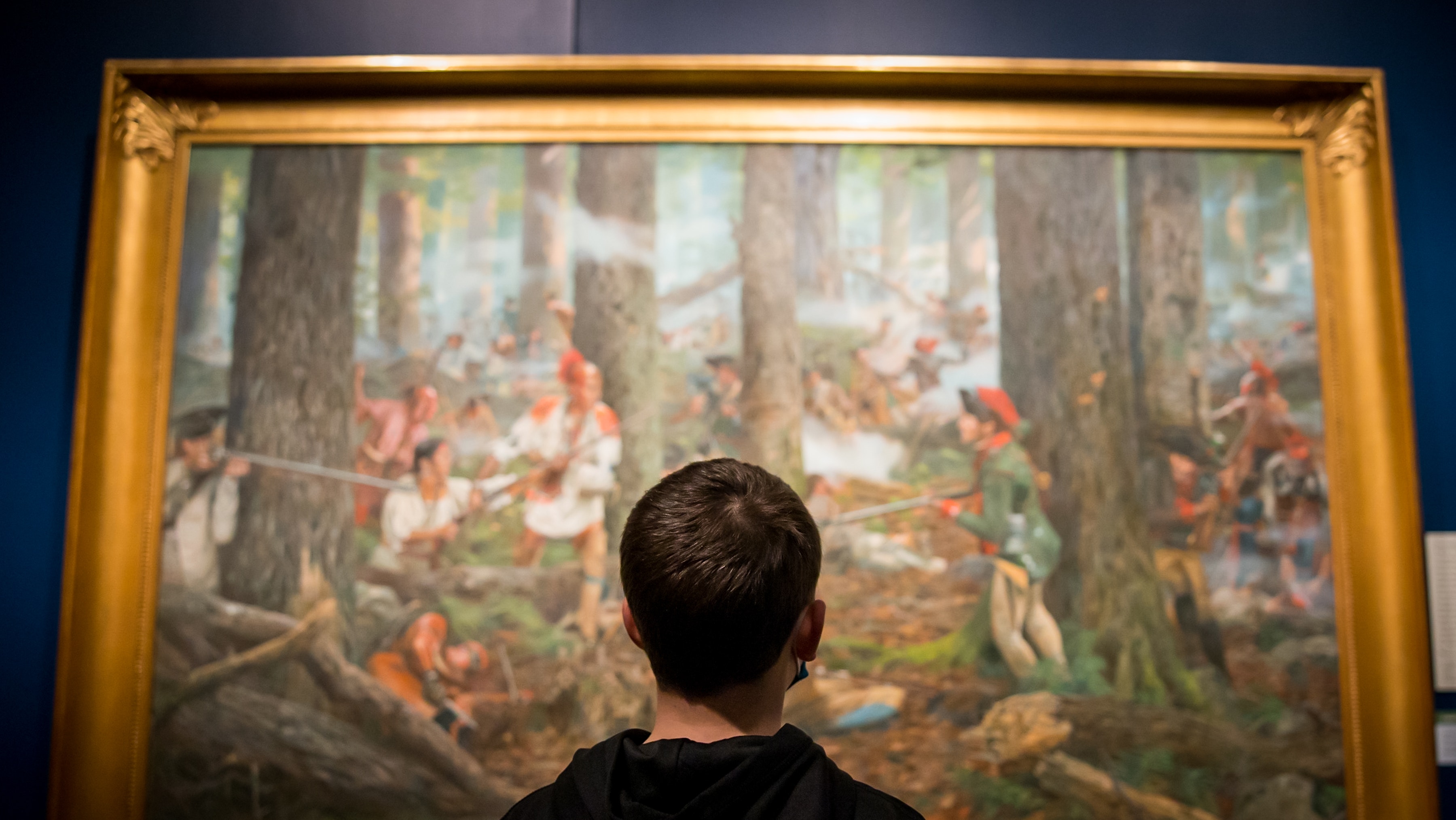 All Labor Day Weekend activities are included with regular Museum admission. Tickets can be purchased at www.amrevmuseum.org, by calling 215.253.6731, or at the front desk. Kids 12 and under are free during Labor Day Weekend. All tickets are valid for two consecutive days. The Museum is open daily from 10 a.m. – 5 p.m. with enhanced health and safety protocols. The special exhibition is open from 11 a.m. – 4:30 p.m. daily and is included with regular Museum admission.

Liberty is presented by Bank of America. Comcast NBCUniversal is the exhibition’s education sponsor. Additional support is provided by Pritzker Military Foundation on behalf of Pritzker Military Museum & Library, Lanny and Ann Patten, The Pennsylvania Society of Sons of the Revolution and its Color Guard, NJM Insurance Group, State Society of the Cincinnati of Pennsylvania, Cynthia Sweeney, and Washington-Rochambeau Revolutionary Route National Historic Trail of the National Park Service. In-kind support provided by Clovernook Center for the Blind & Visually Impaired.