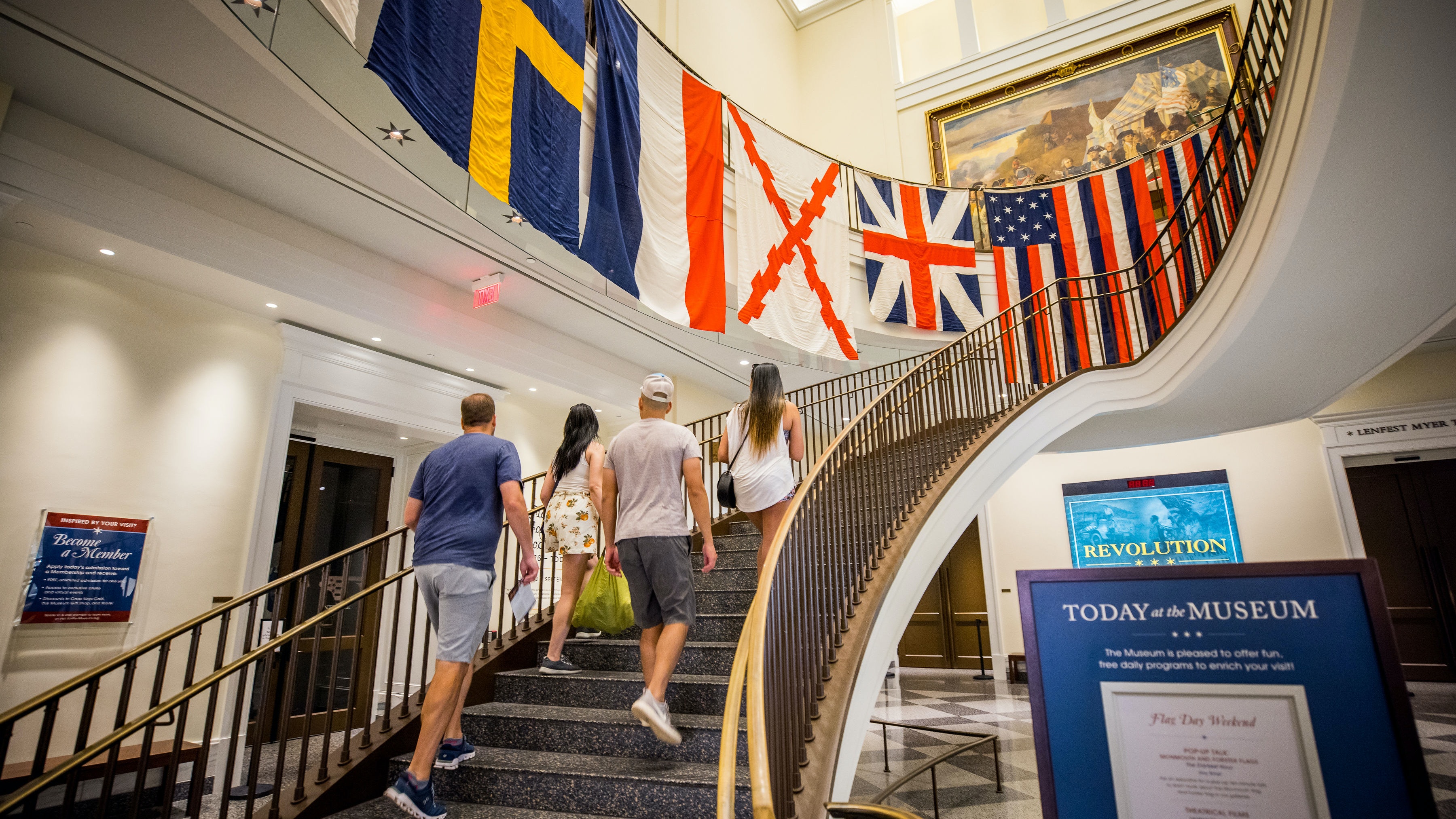 On June 14, 1777, Congress passed the first Flag Act, adopting the 13-star flag as the official flag of the new United States. Join the Museum of the American Revolution during Flag Day Weekend from Saturday, June 11 – Tuesday, June 14, 2022, to learn about Revolutionary-era flags of “all kinds of colours” with flag-themed crafts, pop-up talks, discovery carts, and other activities for the whole family. Throughout the weekend, visitors will receive a free handheld version of George Washington’s Headquarters Flag to take home.

Beginning Saturday, June 11, eight large, handmade flags replicating those that were flown by Revolutionary-era privateers and navy ships at sea will be on display in the Museum’s atrium, as part of the Museum’s True Colours Flag Project. Learn more about how and why these huge flags were flown during the Revolutionary War with a printed Family Guide full of games and activities. The True Colours Flag Project will be on display through Labor Day Weekend. Meet a Museum educator and view replica objects at a discovery cart.

Flag Day Weekend programming is included with regular Museum admission. The Museum is open daily from 10 a.m. – 5 p.m. Tickets can be purchased by calling 215.253.6731, at AmRevMuseum.org, or at the front desk. Save $2 per adult ticket by purchasing online. Tickets are valid for two consecutive days. Children ages 5 and under are always free.

About Fleisher Art Memorial
Fleisher’s mission is to make art accessible to everyone, regardless of economic means, background, or artistic experience. Founded in 1898, we are one of the country’s oldest nonprofit community art schools and are committed to advancing the vision of our founder, Samuel S. Fleisher, who believed that art is one of society’s greatest assets and equalizers, and from the doorway of his Graphic Sketch Club, “invited the world to come and learn art.” For more information, visit www.fleisher.org.