This seven-foot-long panoramic watercolor includes the only known eyewitness depiction of George Washington’s headquarters tent during the Revolutionary War. Continental Army engineer Pierre Charles L’Enfant, the Frenchman who later designed the street plan of Washington, DC, painted this watercolor in the fall of 1782. Washington’s tent is shown on the left side, perched on a hill overlooking the Continental Army’s encampment at Verplanck’s Point, New York, which took place from the end of August to mid-October 1782. A French Army officer who visited the camp recalled, “I noticed on a little hill which overlooked the camp… the quarters of General Washington.” 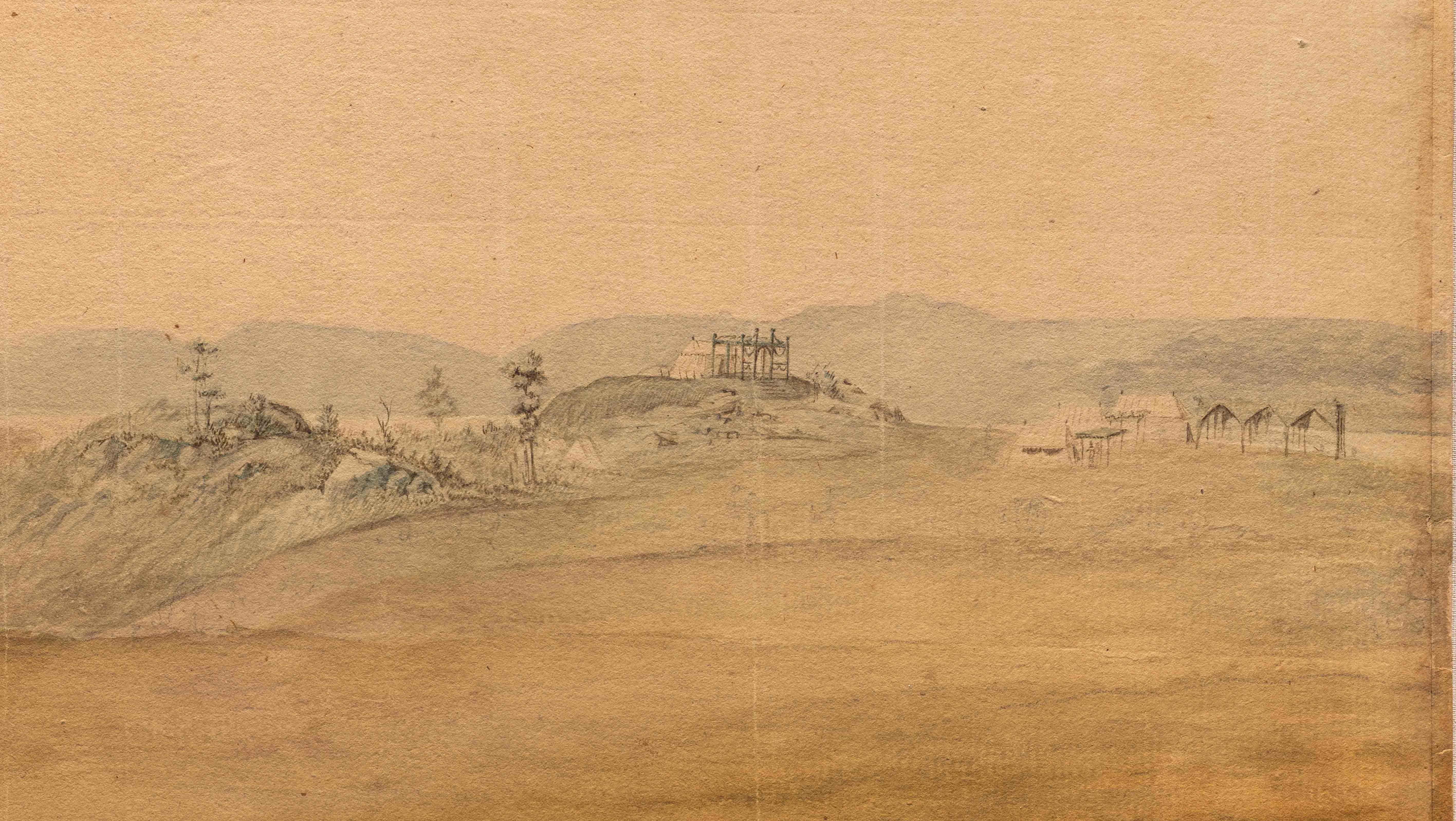 General Washington's tent, depicted on the left side of L'Enfant's watercolor. 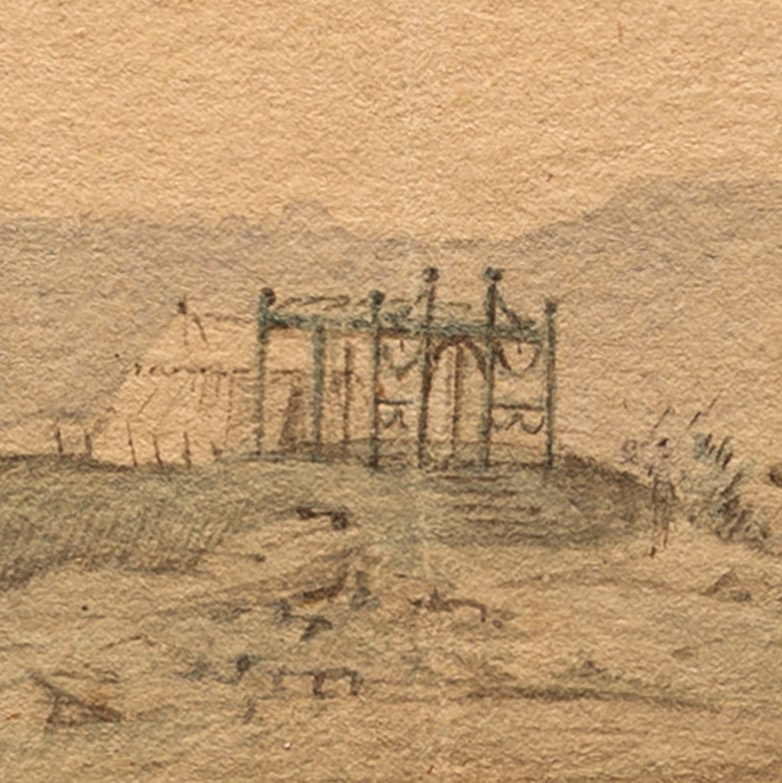 Explore rare paintings of the Continental Army at West Point and Verplanck's Point, including the only known wartime image of George Washington's tent. 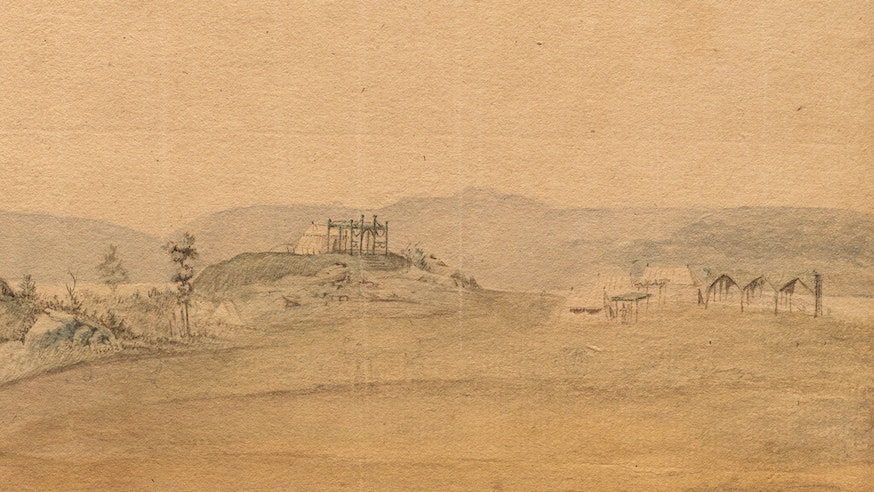