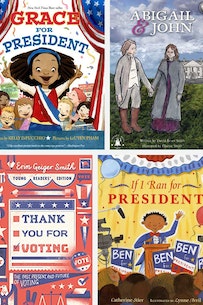 In the Museum’s 2020-21 exhibition When Women Lost the Vote: A Revolutionary Story, 1776-1807, which ran from Oct. 2, 2020 through April 25, 2021, we both discovered the multitude of roles women played throughout the American Revolution and explored the little-known story of voting roles in New Jersey during the Revolutionary Era. While these stories can – and should – be explored in our galleries and in a virtual exhibit, you can also extend the learning at home with some of our favorite books. Continue reading to discover your new favorites for young readers aged 4 to 11 years old.

An inspiring look at the history of voting rights that looks back at the activists who answered equality’s call and worked tirelessly to secure the right for all to vote.

Exploring the historical significance of a partnership that spanned over five decades, this book details the love they shared for each other and the country. From carefree childhoods to years of war, to the births of their children, and the beginning of a new nation, Abigail & John looks into the unique roles the Adams’s played in the formation of America, and contributions and sacrifices they made for the young country.

If I Ran for President

If you ran for president, your name would be on bumper stickers and T-shirts. You’d also have to do a lot of hard work. You’d study the nation’s problems, tell the American people your ideas, and debate your opponents on live TV. What would happen on Election Day in November?

Leave It to Abigail: The Revolutionary Life of Abigail Adams

She blurted out questions; she married a poor country lawyer; she managed a farm and fed hungry soldiers; she insisted they "Remember the Ladies". In this inspiring tribute, learn the true story of Abigail Adams – an extraordinary woman who surprised the world.

Everybody knows about the Founding Fathers and the Declaration of Independence in 1776. But the founders weren’t the only ones who believed that everyone had a right to freedom. Mumbet, a Massachusetts slave, believed it too. She longed to be free, but how? Would anyone help her in her fight for freedom? Could she win against her owner, the richest man in town? Mumbet was determined to try.

When Grace Campbell's teacher reveals that the United States has never had a female president, Grace decides to be the first. And she immediately starts off her political career as a candidate in the school's mock election. But soon, she realizes that she has entered a tough race. Her popular opponent claims to be the "best man for the job" – and seems to have captured all the male votes – while Grace concentrates on being the best person.

Voting is a privilege and a right, but it hasn’t always been for many people. From the founding fathers to Jim Crow to women’s suffrage to gerrymandering – and everything in between – readers will get a look at the complex history of voting. In this young readers’ edition, Erin Geiger Smith presents a fascinating look into America’s voting history and inspires young people to get involved. 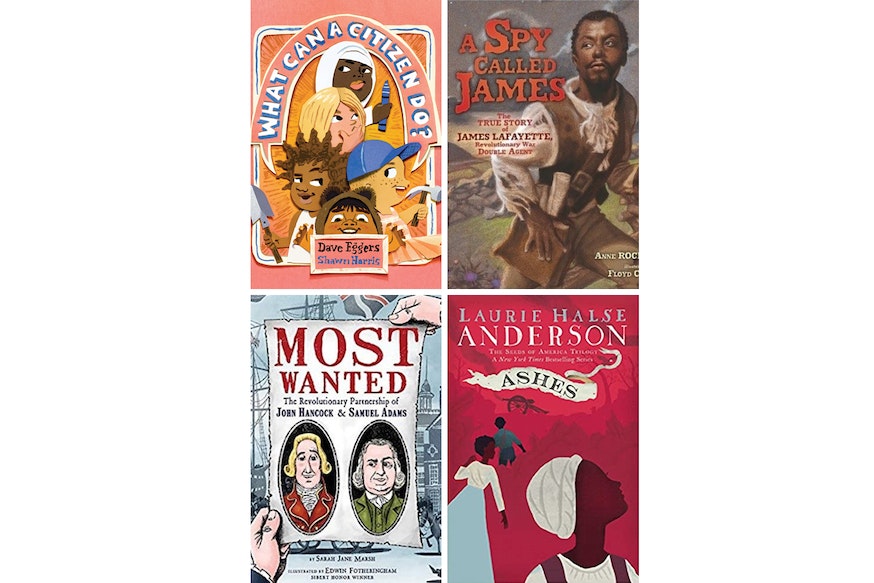 View our list of 2020 Summer Reading Books about the American Revolutionary War to share stories of history with children of all ages!
Read More