Thomas Paine and the Dangerous Word 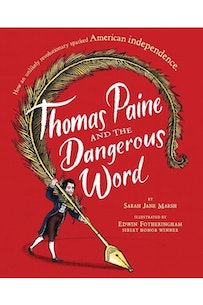 Thomas Paine and the Dangerous Word by Sarah Jane Marsh and illustrated by Edwin Fotheringham.

Purchase the book from Little, Brown and Company.

We have it in our power to begin the world over again.

How did Thomas Paine go from the son of an English corset-maker, destined to enter the family business himself, to unlikely American Revolutionary? How did he use the power of his writing to help spark American independence?

In Thomas Paine and the Dangerous Word, author Sarah Jane Marsh presents the story of Thomas Paine, who crafted the famous pamphlet “Common Sense” while changing careers, visiting new cities, and debating issues with family, friends, and other political thinkers. Within 14 months of moving to America, “Common Sense” was the first published work to call for American independence from Great Britain. Illustrations by Edwin Fotheringham accompany this inspiring journey of courage, failure, and resilience, as Paine’s story shows how it is possible to change the world with words.

Written for readers ages 6-10, this beautiful picture book includes a timeline of key events and sources for Paine’s writing quoted by Marsh throughout the story, which makes this title a perfect guide (and gift!) for young history explorers and trivia enthusiasts of all ages.

This excerpt comes from the section "Thoughts on the Present State of American Affairs" from Common Sense, the influential pamphlet by Thomas Paine. Read More

“Independence” was a dangerous word — so dangerous that Thomas was not allowed to discuss it in the Pennsylvania Magazine. A friend suggested Thomas write a pamphlet on the subject. If anyone could write a persuasive argument for independence, he said, it was Thomas.

The force with which it struck my mind and the dangerous condition the country appeared to me in... made it impossible for me, feeling as I did, to be silent.”

It was time for the idea of independence to come out of the dark.

Thomas began work on his pamphlet. Once again, he hunched over a table, but instead of sewing corsets he sowed seeds of revolution. Everything he wrote was in direct opposition to popular opinion. But as his pen scratched across the page, his passion grew.

Pamphlets were usually written in fancy words for the colonial elite; Thomas use “language as plain as the alphabet.” He wrote so common people could understand. Using wit, rage, and reason, the former General of the Headstrong Club attacked each of the deeply held beliefs that tied the colonists to Britain.

Over the next several months he wrote, edited, thought, and refined. He showed his drafts to friends, who worried for Thomas’s safety. They advised Thomas to “avoid by every means” the dangerous word “independence.”

As Thomas finished his manuscript, he ended with a promise born from personal experience:

“We have it in our power to begin the world over again... The birthday of a new world is at hand.” 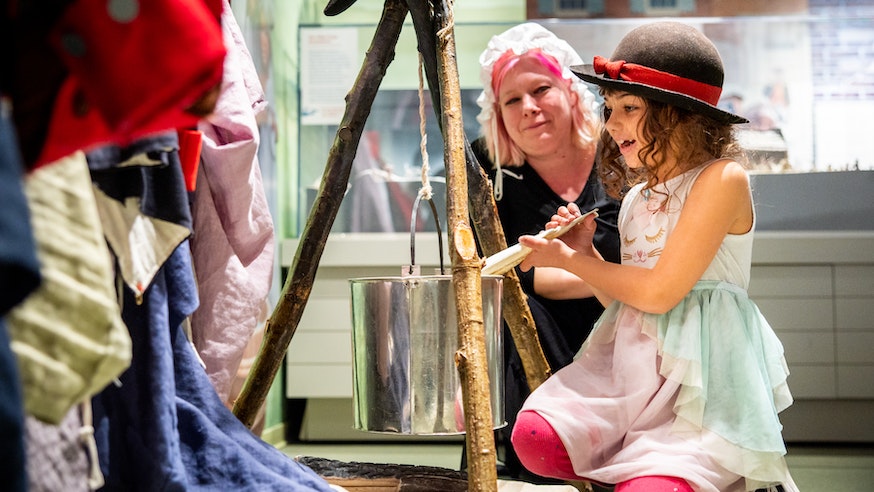 December 26-31, 2022
Throughout Winter Break at the Museum, join us to explore life during the winter months of the American Revolution through special events, costumed living history, wintery scenes in Revolution Place, hands-on discovery carts, engaging in-gallery talks, and much more for the whole family.
Go to Event 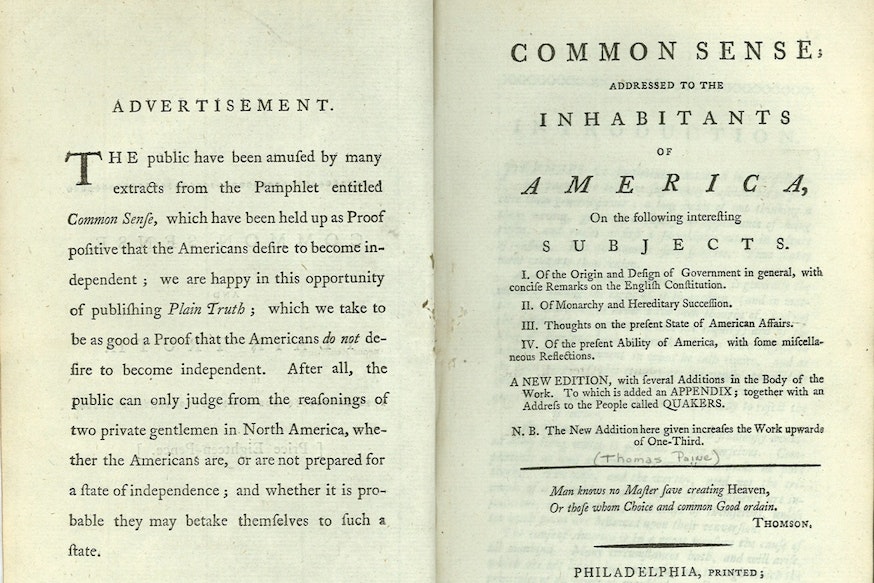 This excerpt comes from the section "Thoughts on the Present State of American Affairs" from Common Sense, the influential pamphlet by Thomas Paine.
Read More 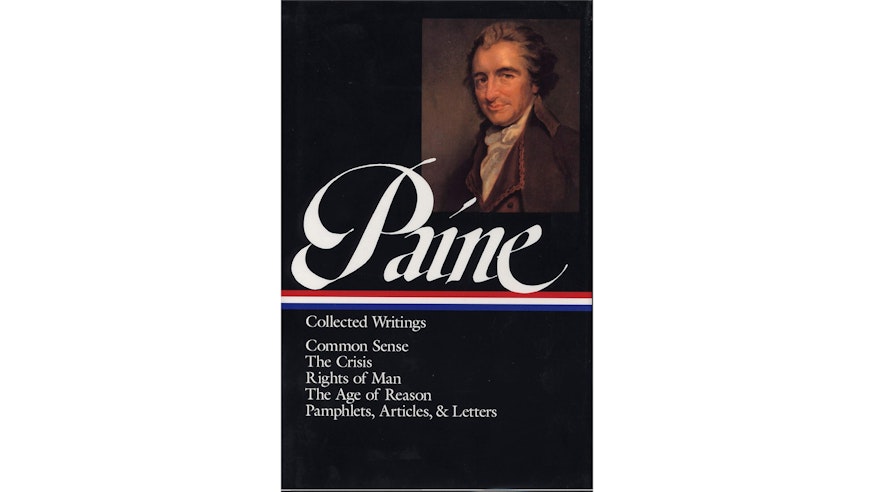 Read an excerpt from Thomas Paine's collected writings, including the first in his pamphlet series published on December 19, 1776.
Read More