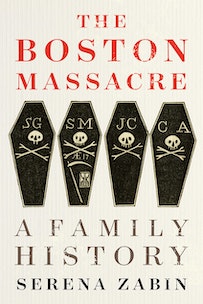 The Boston Massacre: A Family History by Serena Zabin

There are two popular interpretations of the shooting that took place in Boston in March 1770: the first takes after Paul Revere’s rendering of a bloody, violent massacre — the Boston Massacre — while the second derives from John Adams, who, as the lawyer defending the soldiers in court, portrayed the soldiers as the victims and not the perpetrators of the event. But Serena Zabin’s recent work, The Boston Massacre: A Family History, suggests there is a third interpretation. She tells a different story — a story of the people.

Zabin’s work reads like a collection of stories, shedding light on the relationships, connections, and sometimes struggles of the men and women living and working in Boston. She introduces us to women like Jane Chambers, an Irish woman who accompanies her husband, a soldier in the Twenty-Ninth Regiment, from Ireland to Canada and eventually to Boston. We meet civilians like Justice of the Peace Richard Dana, who vehemently policed his daughter Lydia’s interaction with British troops, and soldiers like Private Daniel Rogers, who in 1768 received a public lashing on the Boston Common after attempting to slip out unnoticed to visit his family.

In this excerpt, Zabin, recounts the story of a British Ensign John Melliquet of the Twenty-Ninth Regiment who fell in love with a local woman, Hannah Newman, while stationed in Boston. The account speaks to the family connections forged between Bostonians and Britons in the early years of the Revolutionary era, and how those connections came into question in the years following the Boston Massacre.

Watch an interview with Dr. Serena Zabin and the Carleton College team behind the Witness to the Revolution video game about the Boston Massacre. See Content

While stationed in Boston with the Twenty-Ninth Regiment, Ensign John Melliquet fell in love with a well-connected local woman, Hannah Newman. Her father was a merchant who had died in 1765; her mother, Margaret, continued their mercantile business while raising Hannah and her seven siblings. The family was no stranger to town politics. As a shopkeeper, Hannah’s widowed mother had signed John Rowe’s 1767 agreement to refrain from buying imported goods, and her uncle was Thomas Cushing, the speaker of the Massachusetts Assembly during much of the later 1760s and early 1770s. John Melliquet wanted to marry Hannah, but in the spring of 1770 it may not have seemed easy for a young woman from such a politically connected family to marry an officer in the occupying force.

After the shooting in March, Melliquet saw that he would have to choose between Hannah and the army. Early in April, he wrote to General Gage to say that he wanted to resign his commission. Gage counseled him to not be hasty: “As to your intention of retiring from the service, I would have you consider well of that matter.” As a stopgap Gage offered the ensign a leave of absence to travel to England. But Melliquet seemed in no hurry to return to his home country, and when the rest of his company left for New Jersey that summer, he and Hannah rode to New Hampshire and got married there.

Four months later, Gage wrote again to him in Boston, scolding him sharply: “when I granted you leave of Absence, I concluded that you intended to go to Europe. I must therefore desire that you will join your regt.” Melliquet hoped to sell his commission and be put on half-pay; that would give him some funds for settling himself in Massachusetts. But Boston was not an easy place to find a purchaser for a commission in the Twenty-Ninth Regiment. Through the spring and summer of 1771, Gage wrote regularly to Melliquet, reminding him, “You have been a long time absent from your Regiment and it is proper that you should join it, which I must beg you will do as soon as you can after the receipt of this letter.” At some point, Gage seemed to think he had found someone to buy Melliquet’s commission, but the arrangement fell through. At last, in December 1771, Melliquet headed to London to see if he could arrange an exchange for his ensigncy in person.

After a year and a half away from his regiment, in the company of Hannah and her family, Melliquet had planted himself firmly in Boston’s merchant elite and its network. And so, when he arrived on the other side of the Atlantic, he went to visit the most famous colonial in London, Benjamin Franklin.

Hannah’s neighbor Jonathan Williams, another successful merchant and Franklin’s nephew by marriage, had furnished Melliquet with a letter of introduction. “The Bearer of this is Mr. John Maliquet who was an officer in the 29 But is now Left the Regiment and marred [married] our Neighbor and Friend Daughter; Speaker Cushing Neice, any Civilities Shall be greatfuly acknoledgd By your Dutyfull Nephew and most Oblig’d Humble Servant.”

Though Melliquet had indeed left the army, on paper he was still one of its officers. Perhaps with Franklin’s help, Melliquet managed eventually to exchange his commission through an arrangement that put him on half-pay as a member of the reserve forces. He returned to Massachusetts and Hannah; within three years they had moved to the town of Waltham, where he supported his family as a tavern keeper. But just as his ties to the army were diminished but still tangible, John’s new family also preserved a reminder of his origin in England. John and Hannah Melliquet named two of their five children for John’s own parents: Ann Barbara, for his mother, and John Henry, for his father.

In the spring of 1775, even as Thomas Cushing represented Massachusetts in the Continental Congress, some of his niece’s former neighbors had not quite forgotten that she had married a British officer. When Hannah went to visit her mother in Boston a month after the battles at Lexington and Concord, the Committee of Safety suspected that she might be collecting information for her husband, “one Mr. Mellicut of Waltham who is an officer in His Majesty’s service under half pay.” Yet the selectmen in Waltham defended their new neighbor. They attested to his “known integrity, uprightness, and good conduct” and concluded that the rumor of his being a spy was from someone who “suspected him to be our enemy, because he is on the half-pay list.” Such as assumption, the selectmen maintained, must have come either from ignorance or “prejudice.” Six years earlier, it was easier for a deserter to blend in to his new community than it was for even a former officer to live openly with his new patriot family.

Get Read the Revolution features directly to your inbox. 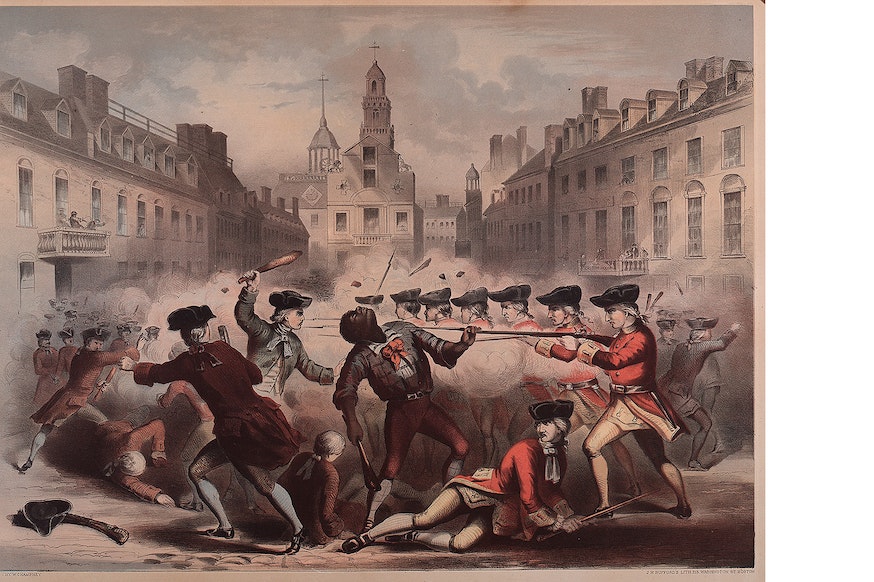