Sex Among the Rabble 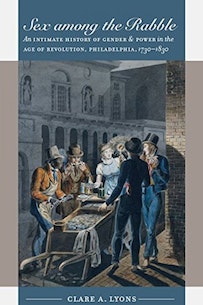 Sex Among the Rabble: An Intimate History of Gender & Power in the Age Revolution, Philadelphia, 1730-1830 by Clare A. Lyons

In the 18th century some observers described the American Revolution in terms that today make us think of divorce. America was portrayed as a woman intent on leaving her tyrant partner, the king. This marital metaphor was unusual because it empowered America, the woman, to seek separation and independence. In Sex Among the Rabble: An Intimate History of Gender & Power in the Age Revolution, Philadelphia, 1730-1830, Clare A. Lyons expands on this idea, but instead of looking at relations between nations, she focuses on the changing power dynamics between men and women in early Philadelphia.

Though it is easy for us to think of 18th-century Philadelphia as a quiet Quaker city, it was in reality a bustling urban center populated by people of vastly different backgrounds. This jumble of cultures and traditions offered a wider variety of acceptable sexual, marital, and economic choices for women than was available in other parts of America. After the Revolution, as freedom for many men was expanded, women’s options were restricted.

Lyons points out that as many areas were closed to women, education remained an avenue for equality. Taking a bird’s-eye view of the period between the 1760s to the 1790s, she demonstrates in this excerpt how women’s education evolved from making women helpful partners before the Revolution, to creating intellectual equals afterwards, and the fear those revolutionary changes inspired.

Before the Revolution Philadelphians had begun to identify women's deficient education as the major impediment to their equal intellectual standing with men. While most commentary insisted women possessed inferior reasoning capacity, a few public prints were intimating that female education should be encouraged. They suggested that the primary benefits of cultivating female reason were its potential for tempering passion and lust and improving women's abilities to be engaging intellectual partners to their husbands. During the 1760s a few voices championed women’s intellectual development. The most explicit almanac piece promoting this position was “On Female Education," printed by David Hall, in Poor Richard Improved for 1761.

Reason's not Reason, if not excercis'd;
Use, not Possession, real Good affords;
No miser's rich who dares not touch his Hoards,
Ca[n], Women, left to weaker Women's Care,
Misled by Custom, Folly's fruitful Heir,
Told that their Charms a Monarch may enslave,
And Beauty, like the Gods, can kill or save,
And taught the wily and mysterious Arts,
By ambush'd Dress, to catch unwary Hearts;
If wealthy born, taught to lisp French and dance,
Their Morals left, Lucretius-like, to Chance;
Strangers to Reason and Reflection made,
Left to their Passions, and by them betray'd;
Untaught the noble End of glorious Truth,
Bred to deceive, e'en from their earliest Youth;
Unus'd to Books, nor Virtue taught to prize,
Whose Mind, a Savage Waste, all desert lies;

Can these, from such a School, with Virtue glow,
Or tempting Vice treat like a dangerous foe?
Can these resist, when soothing Pleasure woos,
Preserve their Virtue when their Fame they [l]ose?

Portia, the Glory of the female Race;
Portia, more lovely in her Mind than Face;
Early inform’d, by Truth's unerring Beam,
What to reject, what justly to esteem,
Taught by Philosophy all moral Good,
How to repel in Youth th'impetuous Blood,
How every darling Passion to subdue,
And Fame thro' Virtue's Avenues pursue.

Women, if encouraged to develop their capacity to reason, could subdue their passion and become virtuous. A few other pre-Revolutionary almanac anecdotes fell short of granting women full reasoning power but did enumerate the cultivation of the mind as an important attribute in a wife.

After the Revolution female education became the springboard for asserting women's intellectual equality and the path to removing the impediments to their full participation in the polity. Education was both the explanation and the antidote to woman's apparent inferiority. Judith Sargent Murray, whose writings were read and discussed in Philadelphia, most cogently developed this line of reasoning to expand woman's rights. Countering claims by men like Rousseau, she argued that lack of equal education, not nature, had made women inferior and dependent on men. Advocates of woman's innate inferiority, she suggested, exalted nature to prevent women from seeking to improve themselves through education. Education, she countered, could "lay the foundation for independence" and undermine the dependent economic status of women in marriage by enabling them to achieve an independent livelihood and give women the intellectual independence necessary for sound political judgment. Mary Wollstonecraft, in A Vindication of the Rights of Woman, published in the context of the French Revolution in 1792 and immediately reprinted in Philadelphia, took the next logical steps in this argument. She argued for full economic and personal independence for women. Women should have rights to property in marriage and the right to loving relationships unconstrained by the hierarchical power relations of legal marriage. Her views were widely read and discussed in Philadelphia, initially positively. Charles Brockden Brown reprinted extensive excerpts from The Rights of Woman in the Lady's Magazine, and positive commentary on it was published in the Philadelphia Minerva. Brown also drew upon Wollstonecraft for his essay "The Rights of Women” in the Weekly Magazine of Original Essays and his book Alcuin.

The students at Philadelphia's Young Ladies' Academy grappled with the implications of Wollstonecraft's argument. In her commencement oration, Priscilla Mason demonstrated that she had embraced the most radical ideas circulating about woman's rights.

Our high and mighty Lords (thanks to their arbitrary constitutions) have denied us the means of knowledge, and then reproached us for the want of it. ... They doom'd the sex to servile or frivolous employments, on purpose to degrade their minds, that they themselves might hold unrivall’d, the power and pre-eminence they had usurped. Happily, a more liberal way of thinking begins to prevail. ... But supposing now that we possess'd all the talents of the orator, in the highest perfection; where shall we find a theatre for the display of them? The Church, the Bar, and the Senate are shut against us. Who shut them? Man; despotic man, first made us incapable of the duty, and then forbid us the exercise. Let us by suitable education, qualify ourselves for those high departments - they will open before us.?

Because education could make women men's intellectual equals, it could unleash the most radical implications of scientific rationalism, political republicanism, and the doctrine of the "rights of man” for application to women, threatening to eliminate gender difference and bringing the relationship between men and women fully into the political realm. 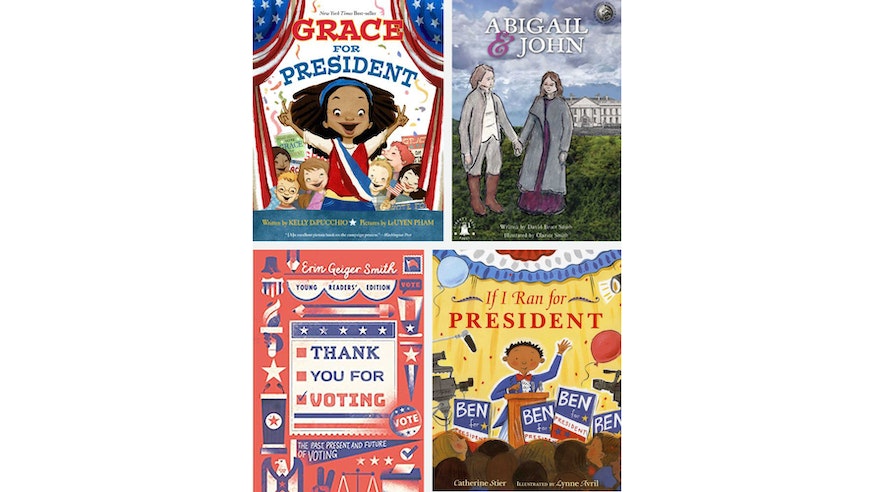 View a reading list of books for young readers inspired by our special exhibition, When Women Lost the Vote: A Revolutionary Story, 1776-1807.
Read More