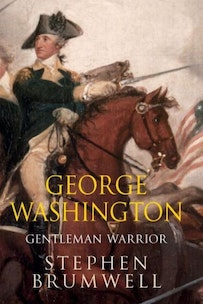 When the Continental Army was formed in 1775, George Washington wasn’t the only person being considered to be its leader. In this excerpt from Stephen Brumwell’s book, George Washington: Gentleman Warrior, we learn how Washington secured this history-making post: a combination of the esteem he earned from many in power and his own savvy self-positioning as the best man for the job.

In the wake of the bloodshed at Lexington and Concord, the Second Continental Congress in Philadelphia resolved that the New Englanders converging upon the chastened and beleaguered redcoat garrison of Boston should form the rump of a truly pan-colonial army. It was a momentous decision, and it posed another: who should command it?

Contenders included Artemas Ward, commander-in-chief of the Massachusetts troops and already leading the thousands of amateur soldiers laying siege to Gage’s army. Like Washington, Ward was a veteran of the French and Indian War; as a local man, he also enjoyed the backing of influential Yankees. Other delegates championed Charles Lee, the veteran British Army officer who had recently settled in Virginia and who boated impressive credentials as a professional soldier.

Then there was George Washington. Not only was he still widely esteemed for the military and personal reputation that he had established during the 1750s, but his election was urged by some, especially the Massachusetts lawyer John Adams, for hard political reasons. If his own recollection is to be credited, Adam’s oratory was instrumental in swaying his fellow Congressmen towards Washington by arguing that the selection of a Virginian would help to dispel a common notion that New England was attempting to dominate the rest of the Colonies, so overcoming traditional provincial rivalries and forging a unified war effort against Britain…

According to the interpretation widely accepted by his biographers, Washington was surprised to be nominated: tormented by doubts of his ability to undertake the job, he only accepted with extreme reluctance, and because his sense of duty outweighed his misgivings. In fact, there is considerable evidence that Washington was always a strong candidate, and that he exploited opportunities in Philadelphia to bolster his chances, capitalizing upon his enduring reputation to take a prominent role as Congress planned its response to the outbreak of open warfare with Great Britain.

Just five days into the session, on 15 May, Washington was appointed to chair a committee to advise New Yorkers on how to respond if anticipated British reinforcements landed among them. The committee’s recommendations—that they should only resist if attacked—prompted broader discussion within Congress about the respective merits of war and peace, of vigorous resistance versus reconciliation. Divisions between moderate and militant factions led to a compromise on 25-6 May: congressional advice that New York should enlist 3,000 men to serve until 31 December was balanced by a further appeal to King George III. Known as he ‘Olive Branch Petition,’ and couched in restrained and respectful language, this voiced the delegates’ hopes for a restoration of ‘harmony’ between Crown and colonies. Yet for all its professions of loyalty and devotion, the petition included no hint of concessions by Congress, instead appealing to the king to prevent further bloodshed and repeal the legislation that had sparked trouble in the first place.

In coming weeks, as such initiatives appeared increasingly futile, momentum gathered behind the concept of a truly ‘American Army,’ to be controlled by Congress. When a second committee was formed to draft plans to distribute ammunition and military stores throughout the colonies, it was once again headed by Washington.

On 3 June Congress voted to borrow £6,000 to purchase gunpowder for what was now being styled ‘the Continental Army.’ Another committee was appointed to estimate the cost of a year-long military campaign, with Washington once more called upon to chair it. Congress finally took the plunge on 14 June, when it gave orders for the recruitment of ten companies of riflemen—six from Pennsylvania and two each from Virginia and Maryland—to reinforce the ‘American continental army’ at Boston. A fourth committee was responsible for drafting the rules and regulations to govern these riflemen and all other troops to be raised by Congress: as before, Washington took the helm.

By chairing these key military committees at the very time when Congress was recognizing the need for a Continental Army, and considering who should command it, Washington highlighted his qualifications for the job. His decision to attend Congress dressed in full military uniform underlined the same point in striking visual fashion.

Working alongside key delegates from almost every colony, Washington impressed them at first hand not only with his military expertise, but with the other essential prerequisites for the post—his credentials as an officer and a gentleman of unimpeachable character. In addition, Washington looked and acted the part: according to Congressman Benjamin Rush, he had ‘so much martial dignity in his deportment that you would distinguish him to be a general and a soldier from among ten thousand people.’ Rush added proudly: ‘There is not a king in Europe that would not look like a valet de chambre by his side.’ Anticipating that Washington would make a favourable impression upon her, Abigail Adams discovered that the reality far exceeded her expectations, informing her husband John that ‘the one half was not told me.’ Struck by Washington’s dignity and modesty, she observed that ‘the gentleman and soldier look agreeably blended in him.’ By contrast, Artemas Ward had a distinctly lackluster military reputation and a homely appearance, prompting Charles Lee to dub him ‘the churchwarden.’ As for Lee himself, despite a sharp intelligence and unrivaled experience of soldiering in both America and Europe, he had an odd, even eccentric character: scrawny, beaky and disheveled, he preferred the company of dogs to that of his fellow men. Crucially, Lee lacked a critical qualification for the top command: he was not a native-born American.

Whatever the reality of his role in swaying delegates in Washington’s favour, on 14 June it was John Adams who nominated him, and the next day he was unanimously elected ‘to command all the Continental forces raised or to be raised for the defense of American liberty.’ On 16 June 1775 Washington formally accepted the post. In his address to Congress he acknowledged himself ‘truly sensible’ of the ‘high honour’ done to him but expressed ‘great distress from a consciousness that my abilities and military experience may not be equal to the extensive and important trust.’ However, as Congress desired it he would exert all his powers ‘in their service and for the support of the glorious cause...’

A variety of evidence nonetheless shows that Washington’s abiding hunger for recognition battled a genuine sense of trepidation at the magnitude of the task ahead. Soon after accepting the command, Washington tearfully informed his fellow Virginian Patrick Henry: ‘From the day I enter upon the command of the American Armies, I date my fall, and the ruin of my reputation.’ In a letter to his wife Martha—one of just three to have survived—Washington solemnly assured her that he had done all in his power to avoid the appointment, ‘But, as it has been a kind of destiny that has thrown me upon this service, I shall hope that my undertaking of it, is designed to answer some good purpose.’" 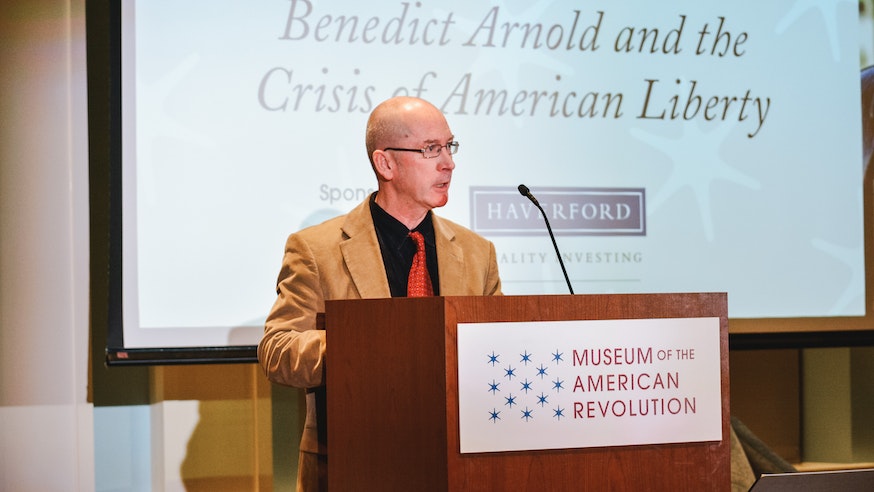