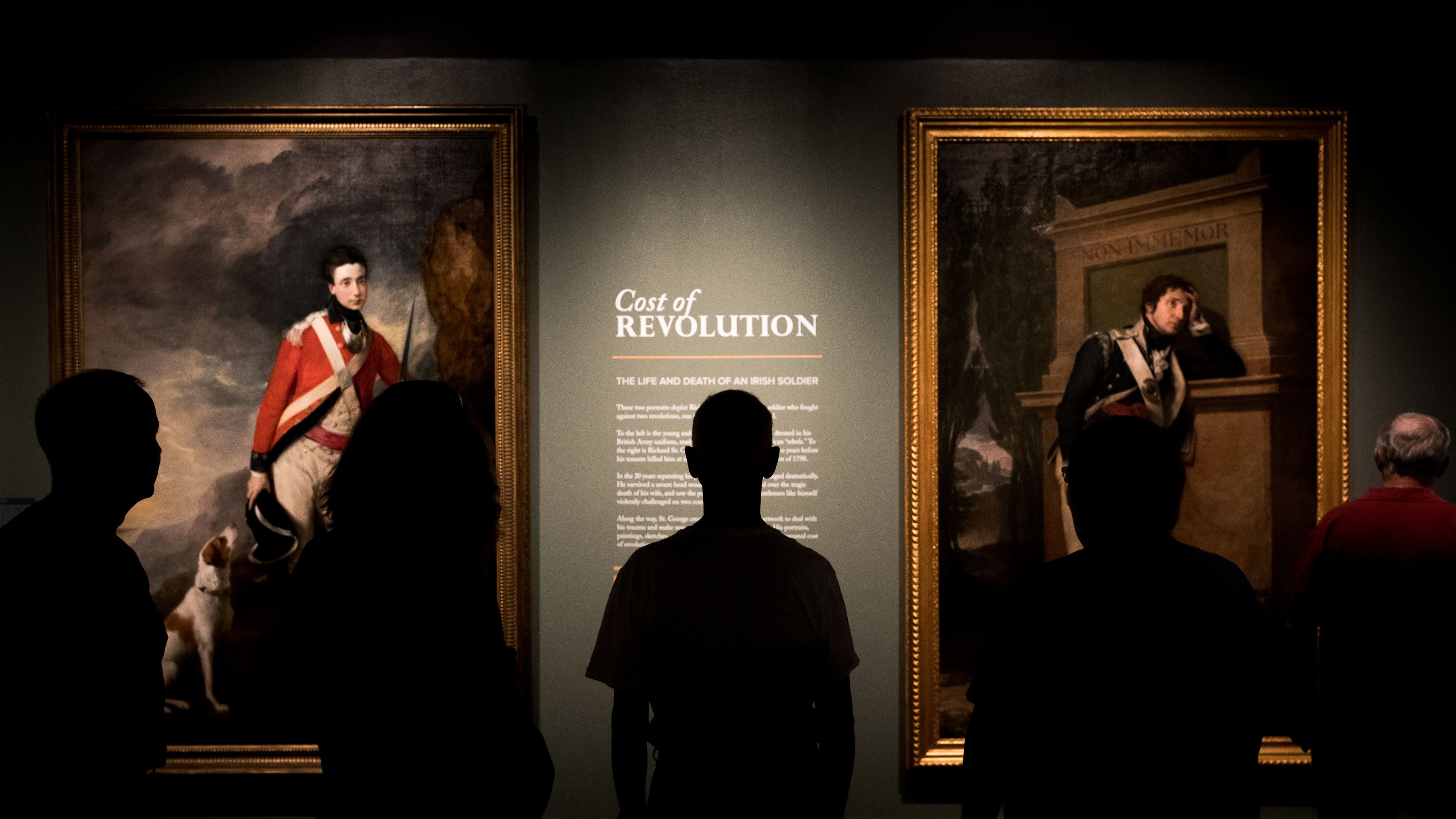 The American Association for State and Local History (AASLH) has announced that the Museum of the American Revolution has received a 2021 Award of Excellence for its 2019-20 exhibition Cost of Revolution: The Life and Death of an Irish Soldier, which was critically and publicly acclaimed for its fresh scholarship and evocative storytelling. The Museum will accept the award at a special reception on Friday, September 24, 2021, as part of the AASLH annual meeting in Little Rock, AR.

The AASLH Leadership in History Awards, now in its 76th year, is the most prestigious recognition for achievement in the preservation and interpretation of state and local history. The Museum previously won for its core exhibition in 2018, for its family-friendly Revolution Place discovery center in 2019, and for its 2018-19 exhibition Hamilton Was Here: Rising Up in Revolutionary Philadelphia.

Through the little-known story of Richard St. George, an Irish artist and officer in the British Army, Cost of Revolution provided a window into the entangled histories of the American Revolution and the Irish Revolution of 1798. As the Museum’s first international loan exhibition, Cost of Revolution was an incredibly ambitious undertaking for a museum that is only a few years old.

Based on the Museum’s painstaking research, the exhibition assembled more than 100 artifacts, manuscripts, and works of art from museums and private collections across the United States as well as in Ireland, England, and Australia, many of which were on display in America for the first time. Together, these objects revealed the physical and emotional toll of revolution. Over 75,000 visitors experienced Cost of Revolution during its run. The exhibition was also received a 2021 PA Museums Institutional Achievement Award.

The exhibition has also been praised by historians and other experts. Pulitzer Prize-winning Harvard University historian Laurel Thatcher Ulrich said: “This was without question one of the most beautiful exhibits I have seen anywhere and the ‘detective work’ was clear and compelling.”

“What an honor it is to be recognized by AASLH for the exceptional work of our in-house exhibition team,” said Dr. R. Scott Stephenson, President and CEO of the Museum. “Cost of Revolution is a prime example of how the Museum strives to tell ‘the other half’ of the story – those that are lesser-known and often surprising. Richard St. George’s tragic, personal journey provides a fascinating lens through which to view the Revolutionary era.”

This year, AASLH conferred 38 national awards honoring people, projects, exhibits, and publications. The winners represent the best in the field and provide leadership for the future of state and local history.

The AASLH awards program was initiated in 1945 to establish and encourage standards of excellence in the collection, preservation, and interpretation of state and local history throughout the United States. The AASLH Leadership in History Awards not only honor significant achievement in the field of state and local history, but also bring public recognition of the opportunities for small and large organizations, institutions, and programs to make contributions in this arena. For more information about the Leadership in History Awards, contact AASLH at 615-320-3203, or go to www.aaslh.org. 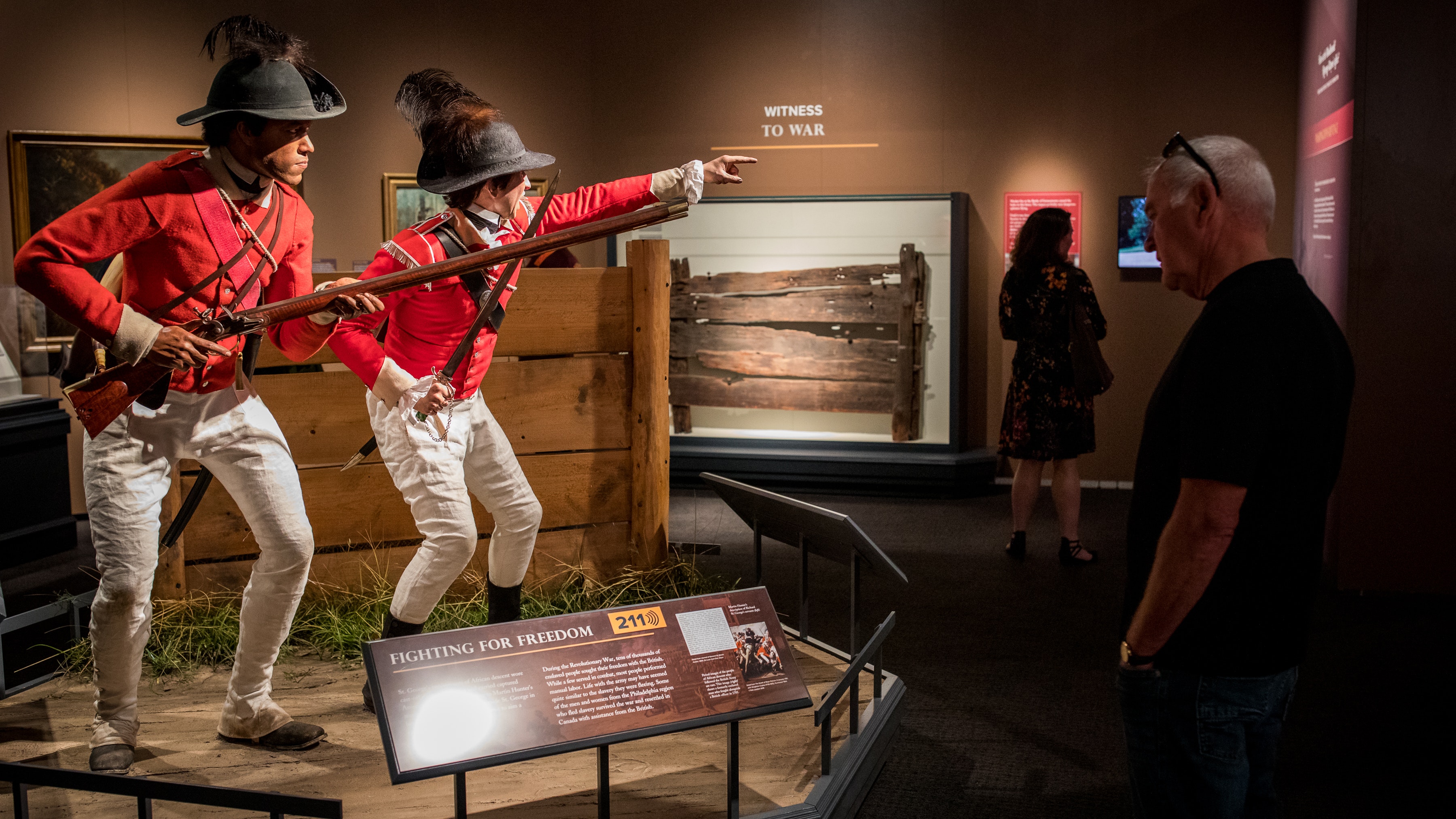 About AASLH
The American Association for State and Local History is a not-for-profit professional organization of individuals and institutions working to preserve and promote history. From its headquarters in Nashville, Tennessee, AASLH provides leadership, service, and support for its members who preserve and interpret state and local history in order to make the past more meaningful to all people. AASLH publishes books, technical publications, a quarterly magazine, and maintains numerous affinity communities and committees serving a broad range of constituents across the historical community. The association also sponsors an annual meeting, regional and national training in-person workshops, and online training.