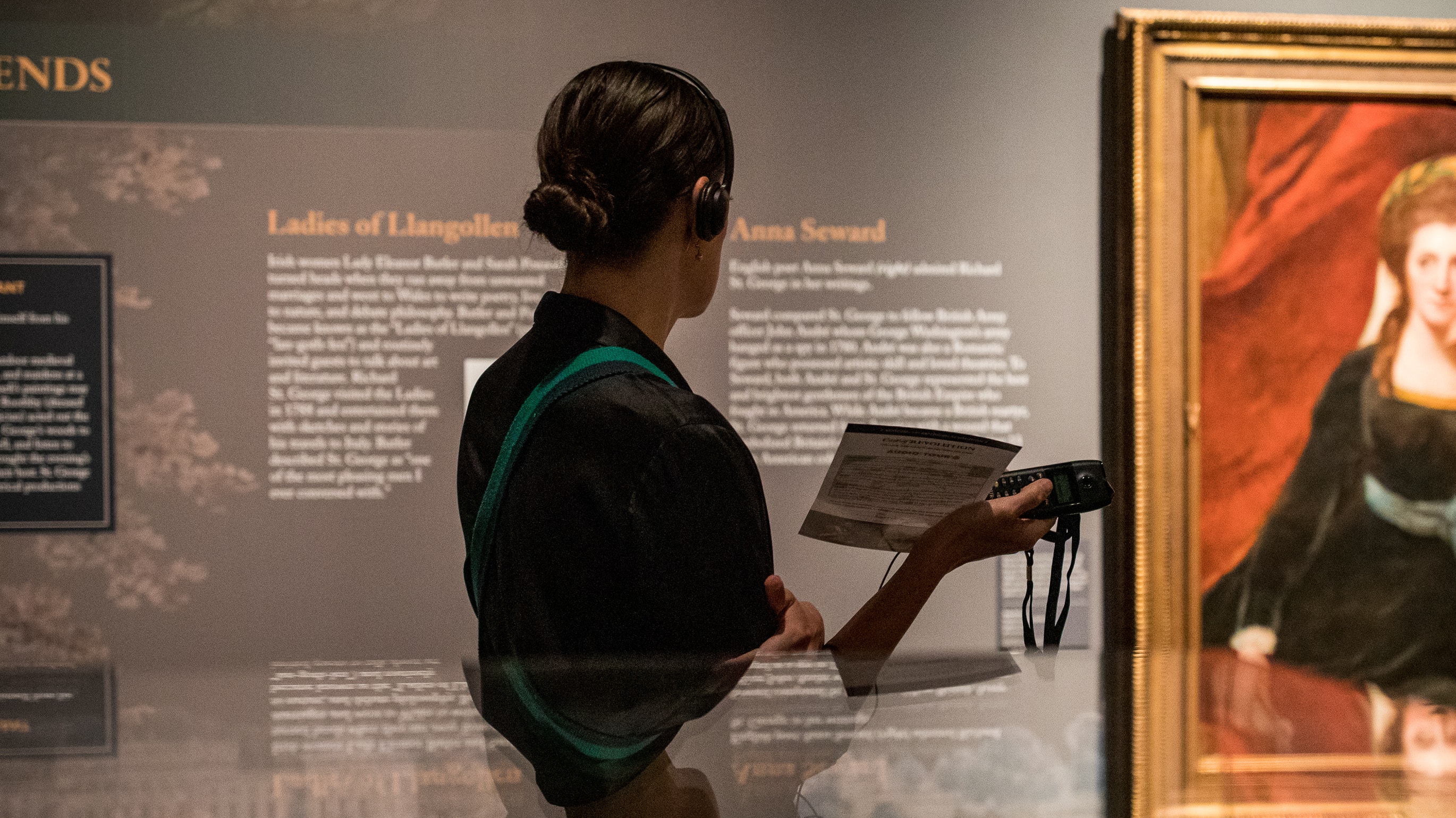 Visitors to the Museum of the American Revolution can now experience the Museum’s award-winning, immersive core galleries with a newly launched Spanish-language audio tour, just in time for Hispanic Heritage Month. The tour is now permanently available—free of charge—for Museum visitors onsite and online. It was translated and narrated in partnership with AL DIA News Media.

The 45-minute audio tour provides visitors with insights into the Museum’s rich collection of Revolutionary-era artifacts, behind-the-scenes details of the Museum’s creation, and opportunities to dig deeper into the stories behind the objects on display. As visitors are guided through the galleries, they will encounter the personal stories of the diverse range of individuals who were part of establishing our nation, including women, native people, and free and enslaved people of African descent.

“We’re thrilled to be able to offer this new Spanish-language tour as another way to provide a welcoming experience for all Museum guests,” said Dr. Tyler Putman, Senior Manager of Gallery Interpretation. “Our mission is to uncover and share compelling stories about the diverse people and complex events that sparked America’s ongoing experiment in liberty, equality, and self-government, and this new tour is an exciting step toward making these stories available to an even broader audience.”

“AL DÍA News is proud to collaborate with the Museum of the American Revolution on this exciting project that provides an opportunity for Spanish speakers to immerse themselves into a full Revolutionary-era experience, said Martin Alfaro, Director of Business Development for AL DIA News. “We applaud the Museum's inclusive approach and their interest in uncovering the contributions of diverse individuals who were part of establishing our nation, including women, native people, and free and enslaved people of African descent.”

Visitors can explore Hispanic ties to the American Revolution by viewing objects including a 1752 Spanish pistol from the Museum’s collection that provides evidence of the arms that the Spanish supplied to the Continental Army; the intricately carved powder horn of Captain Yelverton Peyton, who, along with nearly 30,000 troops, captured Cuba from Spain in 1762; and artifacts related to the Spanish allying with the French to fight alongside the Continental Army. Digital explorers can dig deeper into the story of Spain’s role in the Revolutionary War with the Museum’s “Revolution Around the World” web series.

Tickets to the Museum can be purchased by calling 215.253.6731, at amrevmuseum.org, or at the front desk. The Museum is currently open to the public daily from 10 a.m. – 5 p.m. with enhanced health and safety protocols.

About AL DÍA News Media
AL DÍA News Media is a bilingual news organization founded on the mission to portray Americans of Latino descent accurately. Over the past 25 years, AL DÍA has developed into a multimedia news organization that offers the best of the Latino American experience by implementing content initiatives and programs. For more information, visit www.aldianews.com.