Welcome to the Museum of the American Revolution's Audio Tour for our core, in-gallery experience!

The Audio Tour of the Museum’s core exhibition is narrated by the Museum’s President and CEO Dr. R. Scott Stephenson, and features the “voices” of Phillis Wheatley, the first published African American female poet, and Baroness Frederika von Riedesel, a German woman who aided the wounded and journaled about her experience. The Museum Audio Tour provides you with additional insight into the objects and exhibits, behind-the-scenes details of the Museum’s creation, and opportunities to dig deeper into the stories behind the art and things on display.

Below you will find a map of our Galleries with stop numbers that align that with an audio track. Scroll down to see the audio track options. At the bottom of this page, we offer transcripts of all the audio tracks. Enjoy! 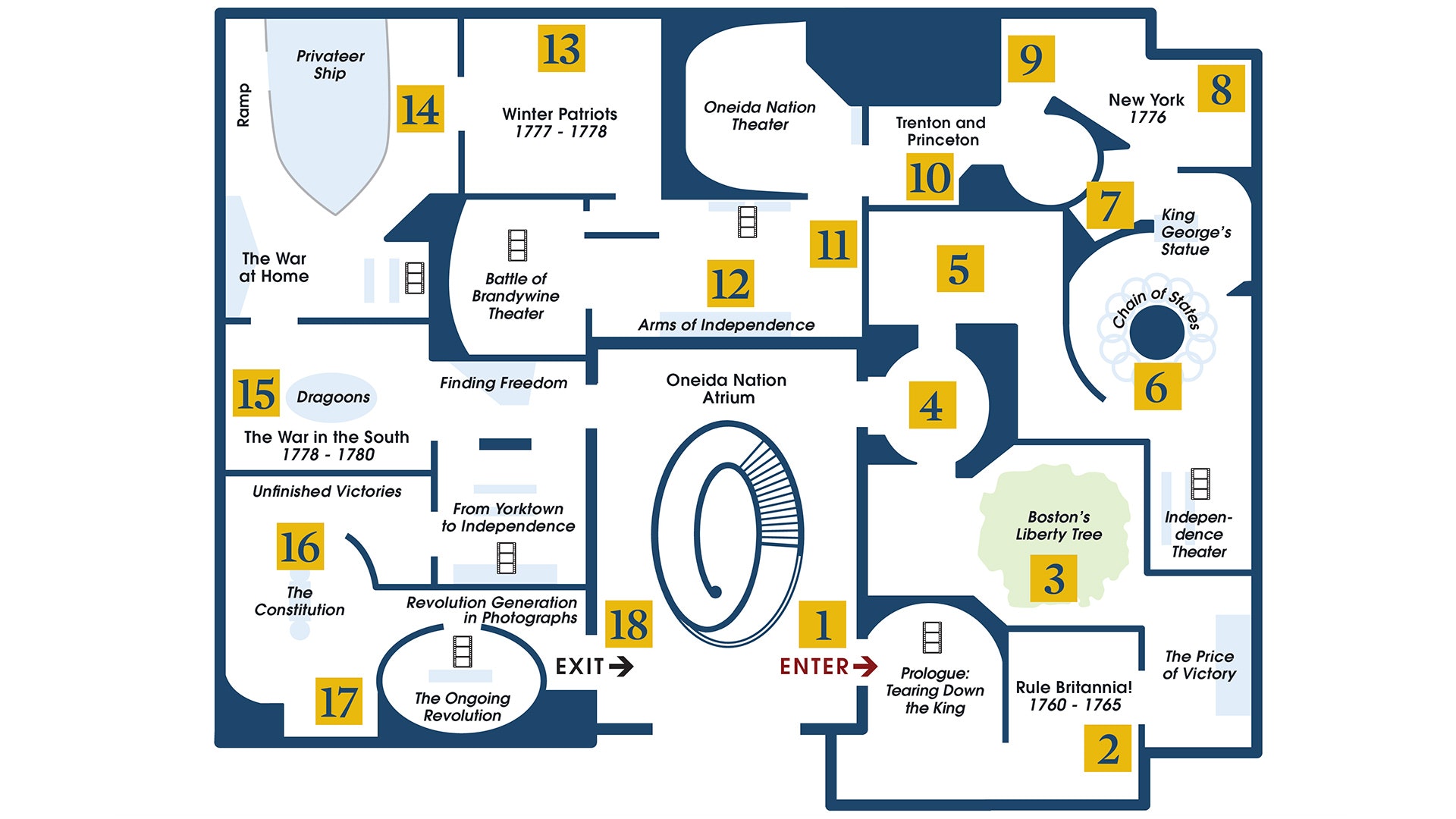 Stop #1 - Introduction
Museum President & CEO Dr. R. Scott Stephenson welcomes you to the Museum of the American Revolution, gives you some background on the Museum, and readies you to enter "a movie you can walk through."
Open the Track 1 Transcript

Stop #2 - Rule Britannia!
Travel back in time to the 1760s to explore what life was like for the many different people who lived in America under the rule of King George III following the conclusion of the Seven Years' War.
Open the Track 2 Transcript

Stop #3 - American Liberties
Beneath a recreation of Boston’s Liberty Tree, learn about the arguments over "American Liberties" and whether the phrase "Liberty for All" would really include all people. In addition, hear a reading of a poem written by Phillis Wheatley.
Open the Track 3 Transcript

Stop #4 - The War Begins
Learn about the first battles of the Revolutionary War, and the "the shot heard round the world” fired at Concord, Massachusetts, on April 19, 1775.
Open the Track 4 Transcript

Stop #5 - Join or Die
Explore how the Revolutionary War and the Continental Army took shape in 1775 by examining a life-size tableau of a fight among new soldiers with very little in common.
Open the Track 5 Transcript

Stop #6 - Declaration of Independence
Learn how the Revolutionary movement became a fight for American independence, and consider what “All men are created equal” meant to different people in the summer of 1776.
Open the Track 6 Transcript

Stop #7 - American Flags
Declaring independence was one thing; achieving it was another. This stop highlights two early American flags that show the creation of new symbols for a new nation.
Open the Track 7 Transcript

Stop #9 - Benjamin Flower
Take a closer look at a portrait of Continental Army officer Benjamin Flower painted by James and Charles Willson Peale before learning more about the Peale brothers and "the times that tried men's souls."
Open the Track 9 Transcript

Stop #10 - Hessians
Explore the role of “Hessian” soldiers, British allies who came from the many small principalities of Germany. And don't miss the Oneida Nation Theater, where you can learn about some of the United States’ forgotten Native American allies.
Open the Track 10 Transcript

Stop #12 - Arms of Independence
Dig into the amazing stories of the owners and makers of a large display of Revolutionary War weapons and consider a painting by young artist William Mercer.
Open the Track 12 Transcript

Stop #13 - Winter Patriots
Learn about the British capture of Philadelphia in the fall of 1777 and the long Continental Army winter at Valley Forge.
Open the Track 13 Transcript

Stop #14 - The War at Sea
Explore the Museum's recreated privateer ship to learn more about life at sea and one of the Myseum’s core questions, "How Revolutionary was the war?".
Open the Track 14 Transcript

Stop #15 - The War in the South
Travel into the American South, where fighting intensified in 1778 between Revolutionary and Loyalist Americans, and confront the difficult choices made by enslaved African Americans as they sought freedom, often with the British.
Open the Track 15 Transcript

Stop #16 - A New Nation
While the American war was over, this was far from true of the American Revolution. Explore what happened to different kinds of people in the first decades of the new nation’s history.
Open the Track 16 Transcript

Stop #18 - Conclusion
Thank you for joining us today! If you’re visiting the Museum, don’t miss Washington's War Tent, a dramatic theater presentation, and the chance to explore much more Revolutionary history in our neighborhood and region.
Open the Track 18 Transcript

Do members get discounted audio tours?
Yes! The audio tour for our core galleries is just $3 for members. View more of your benefits as a valued Museum member or learn how to become a Museum member and join the Museum family. 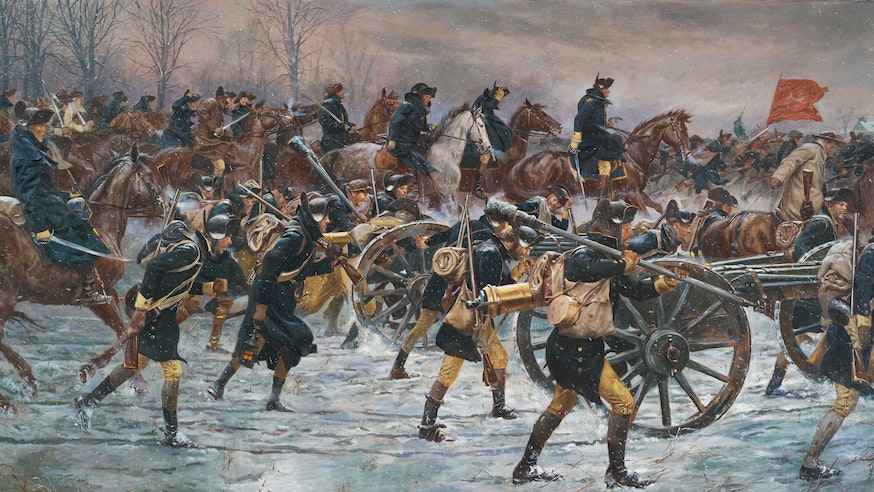 Victory or Death, Advance on Trenton (Courtesy of Don Troiani) 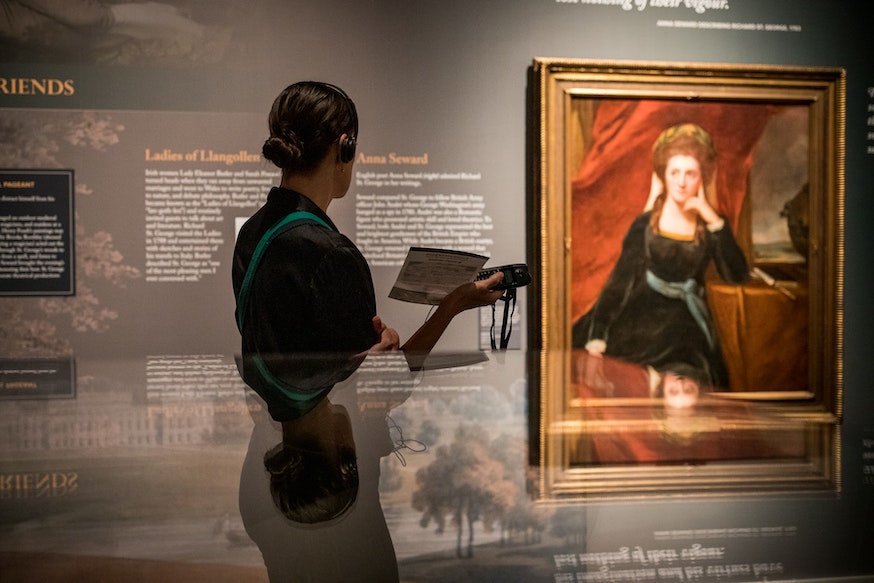 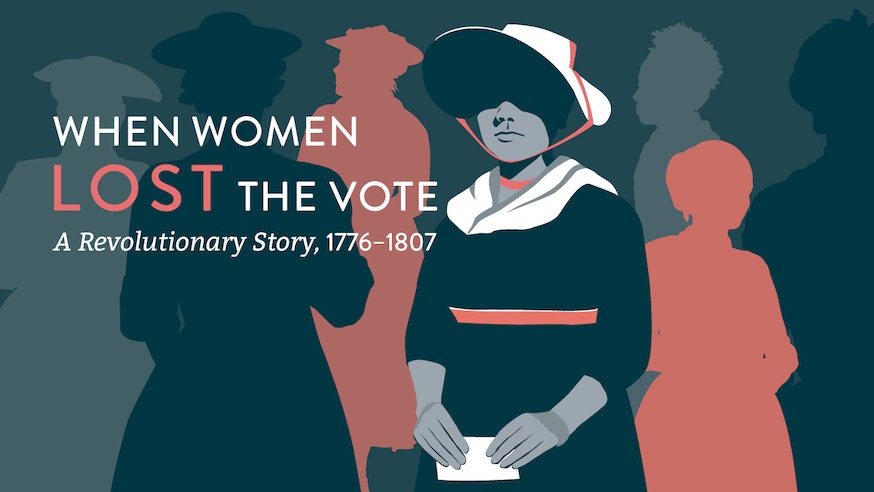