A Forum on Racial Understanding, Theatrical Performances, and More Bring to Life the Stories of Black Men and Women of the Revolutionary Era

Celebrate Black History Month and explore the stories of unsung Revolutionaries at the Museum of the American Revolution this February. Through a forum on racial understanding, a newly commissioned painting in our Liberty special exhibition, theatrical performances, and more, experience a fuller and more inclusive history of our nation’s beginnings and discover that the Revolutionary story is for everyone.

“Uncovering and sharing often-untold stories about a diverse range of people is at the heart of what we do here at the Museum every day,” said Adrienne Whaley, Director of Education and Community Engagement. “But during Black History Month, we are shining a special spotlight on the Black men and women who played essential roles in establishing our nation and their continuing legacies today.” 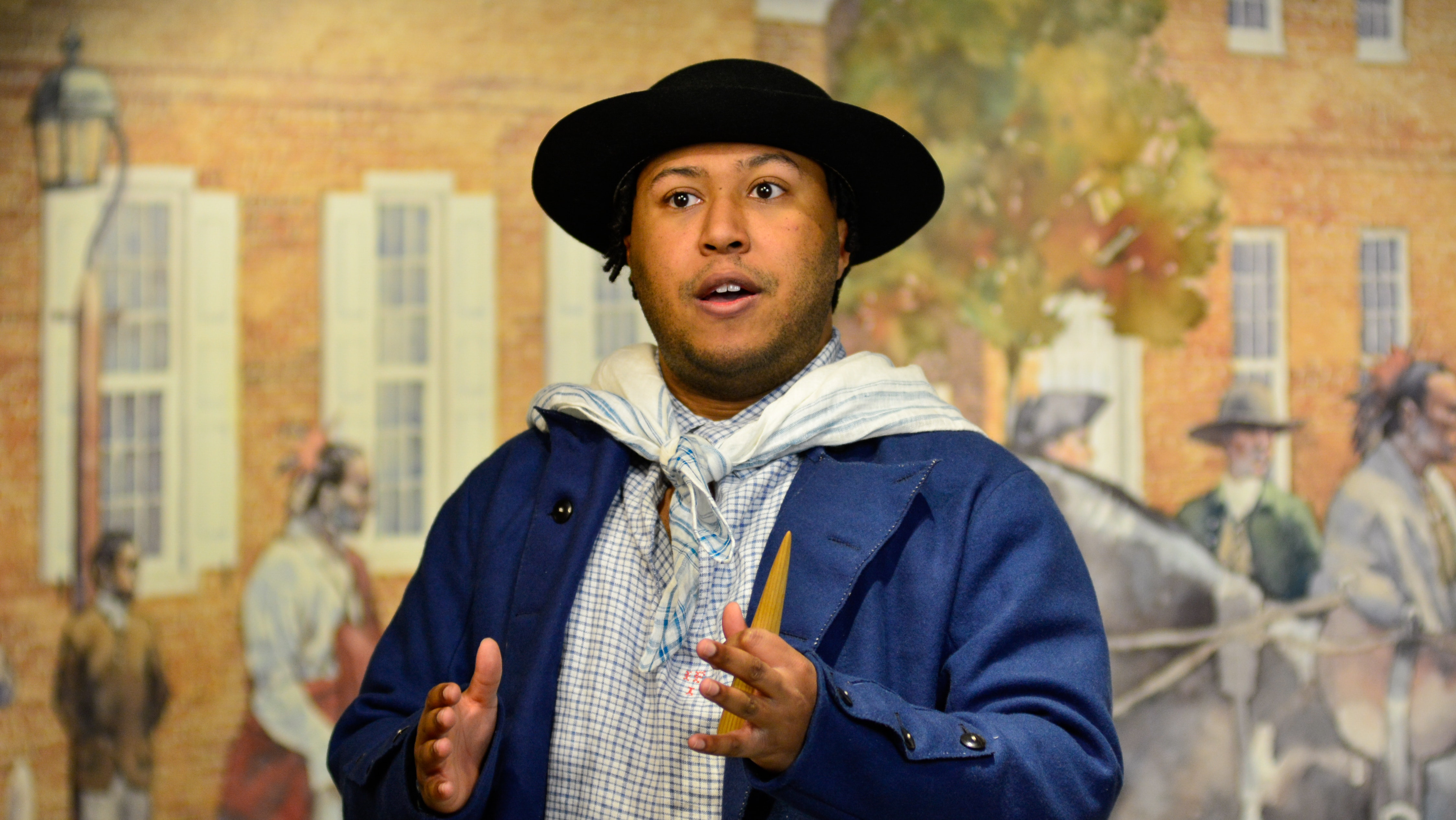 "Meet Elizabeth Freeman" Performances | Feb. 4 and 18 at 11:15 a.m., Feb. 26 at 12:15 and 2:15 p.m.
Watch a first-person theatrical performance portraying the life and experiences of Elizabeth "Mumbet" Freeman, a Massachusetts woman who sued for her freedom from enslavement and won. The piece will be performed by Katrina Hall.

Read the Revolution Speaker Series with Kari Winter featuring Rhonda Brace
February 17, 2022, from 6:30-8 p.m.
Historian and author Dr. Kari J. Winter will discuss the rare and powerful memoir of Jeffrey Brace, an enslaved man who won his freedom through service during the Revolutionary War, before being joined by Brace descendent and family historian, Rhonda Brace.

Special Exhibition: Liberty: Don Troiani's Paintings of the Revolutionary War
Featured in the Museum’s current special exhibition, Liberty: Don Troiani’s Paintings of the Revolutionary War, is one of nationally renowned historical artist Don Troiani’s latest works, “Brave Men as Ever Fought.” The painting depicts young African American sailor James Forten looking on as Black and Native American troops in the ranks of the Continental Army march past Independence Hall on their way to victory at Yorktown. Forten later described those men as “brave Men as ever fought.” The painting was commissioned by the Museum and funded by the Washington-Rochambeau Revolutionary Route National Historic Trail of the National Park Service. Exhibit access is included with regular Museum admission.

Discovery Carts, Tableau Talks, Crafts, and More
Stop by a Discovery Cart to learn about Black soldiers in the Revolutionary War through replica objects and documents, and enjoy pop-up talks in our galleries about the difficult decisions made by people of African descent during the Revolutionary era. On weekends, in our family-friendly Revolution Place discovery center, make your own cap to wear home like those worn by the Rhode Island Regiment, which consisted primarily of Black and native troops. Discovery Carts will explore Black soldiers in the Revolutionary War.

At the Museum and in our free Virtual Tour, explore other personal—often unfamiliar—stories of free and enslaved people of African descent during the Revolutionary era. Learn about Elizabeth “Mumbet” Freeman, an enslaved woman who sued for her freedom and won; Lemuel Haynes, a veteran of the Revolutionary War who became the first Black man in the United States to be ordained a minister; and London Pleasants, an African American teenager who joined Benedict Arnold’s British American Legion as a trumpeter; and many others.

The Museum is now open daily from 10 a.m. – 5 p.m. Tickets to the Museum can be purchased by calling 215.253.6731, at amrevmuseum.org, or at the front desk. Save $2 per adult ticket by purchasing online. Kids ages 5 and under are always free. Revolution Place discovery center is open Saturdays and Sundays from 11 a.m. – 3 p.m.