During the 10 Crucial Days, which lasted from Dec. 25, 1776 to Jan. 3, 1777, General George Washington and the Continental Army saved the Revolutionary War effort and perhaps the cause of American independence itself.

By winning both the Battle of Trenton and the Battle of Princeton, Washington preserved the American army to fight another day for independence.

Take a closer look at items featured in this digital discovery cart about Hessians and the 10 Crucial Days. 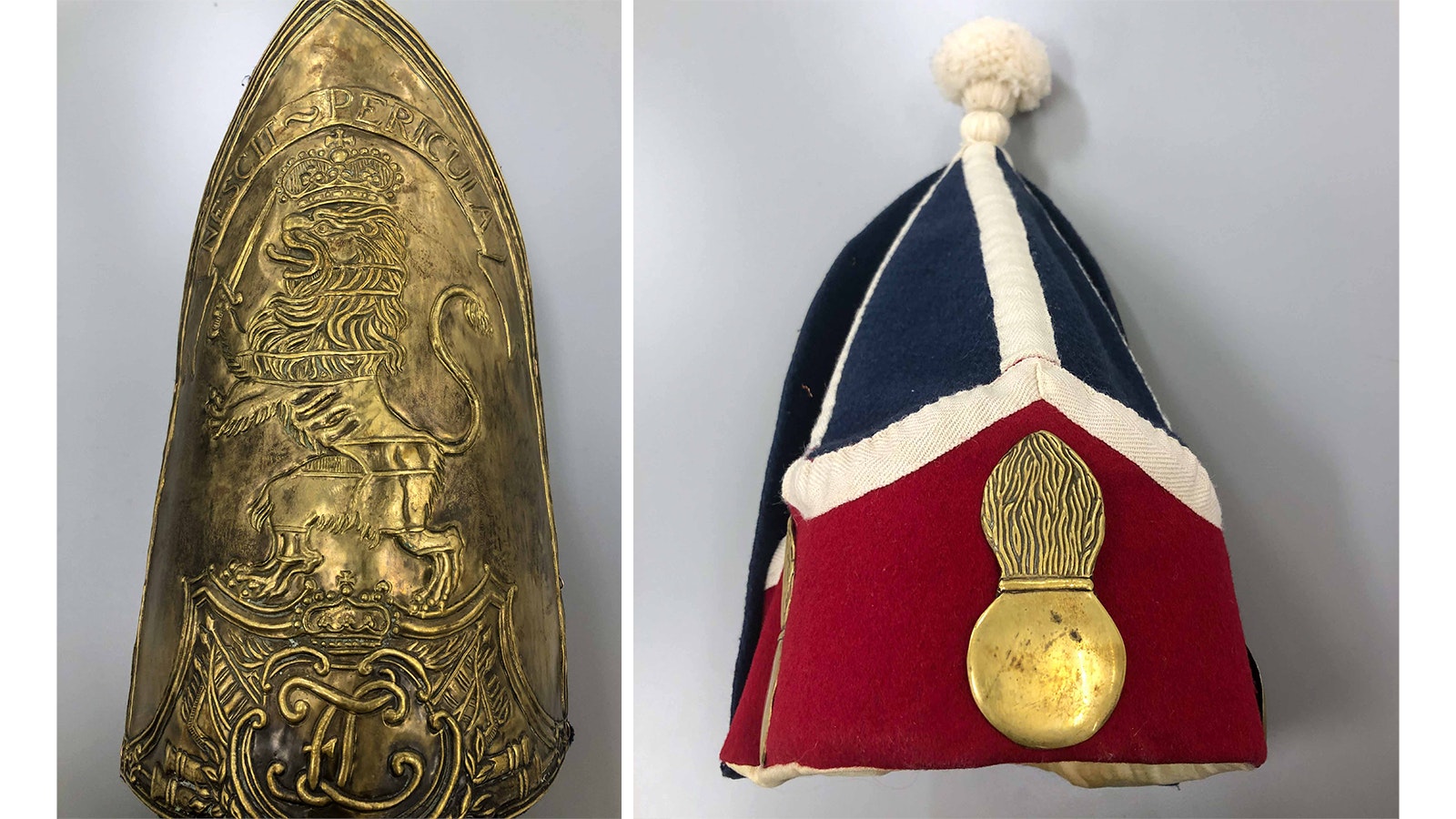 This Hessian cap and front brass plate replicate those produced in the 1770s in Hesse-Cassel — present-day Germany — and used by Colonel Johann Rall's Grenadier Regiment. The brass plate is intricately decorated with a lion standing on its hind legs and crown, the symbol of the principality of Hesse-Cassel.

Take a closer look at these metal pieces in our collection that once adorned the headgear worn by Hessian soldiers who served under British command during the Revolutionary War. See Content 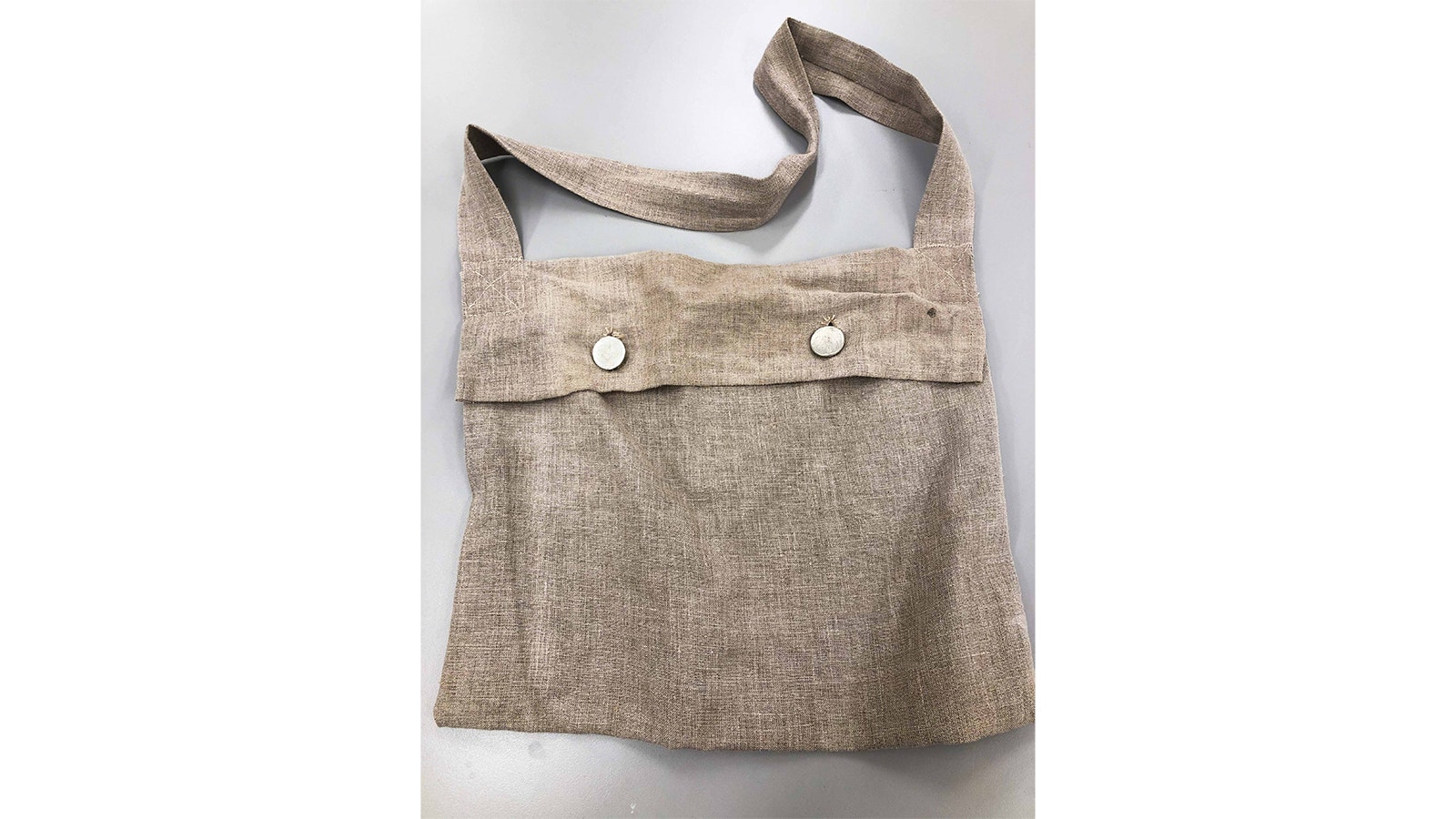 Hessian soldiers used haversacks, similar to this one, for carrying food. Does it look familiar to you? This haversack is inspired by the bag carried by Private Johannes Reuber of Colonel Johann Rall's Grenadier Regiment in his tableau scene at the Museum. Explore further online in our Virtual Museum Tour. 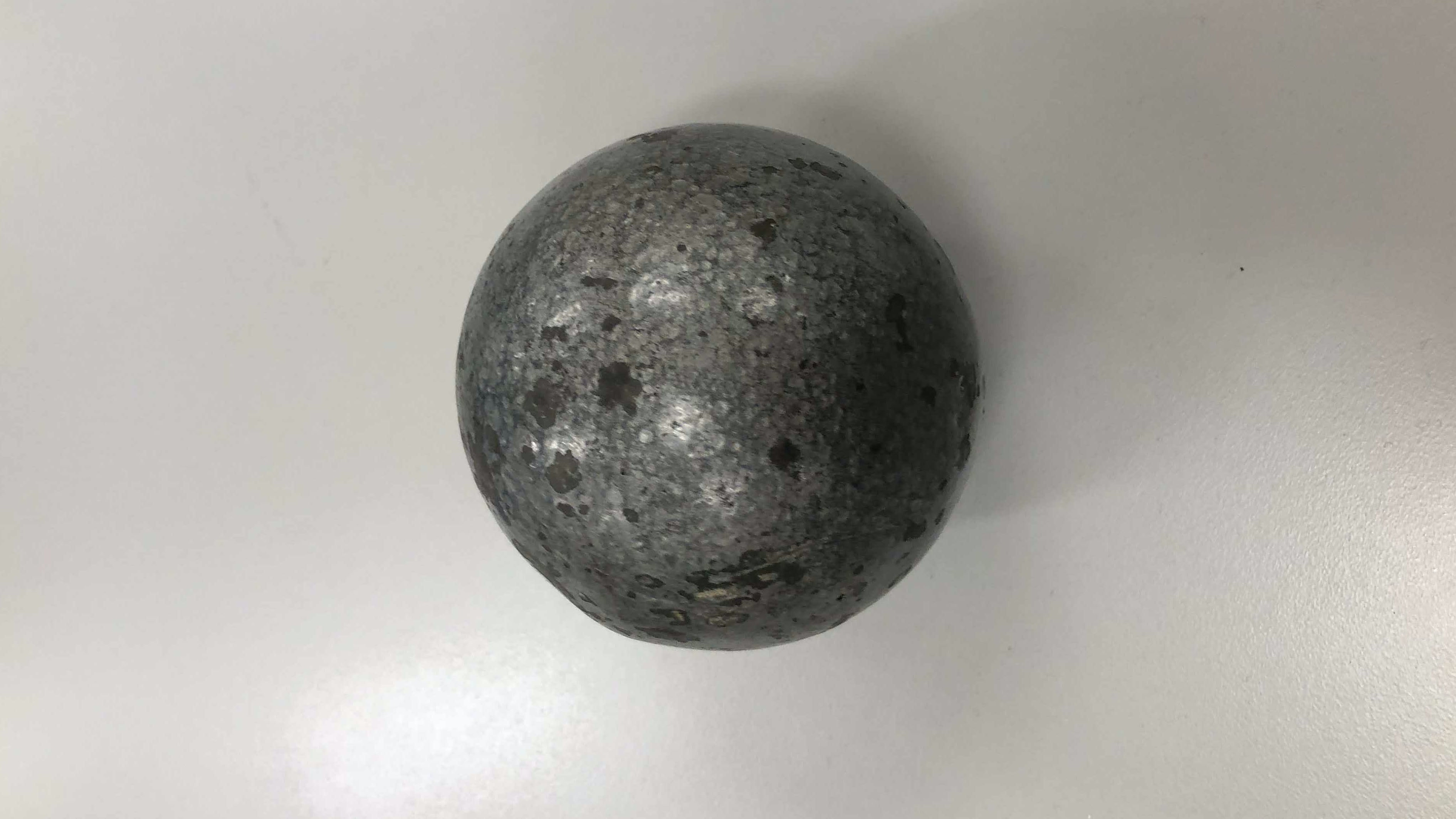 At the Battle of Trenton, artillery helped General Washington’s army defeat the Hessians. Washington’s army deployed 18 cannons, firing iron balls like this one, at the battle. Cannon balls from the Revolutionary War are sometimes still uncovered on battlefields, 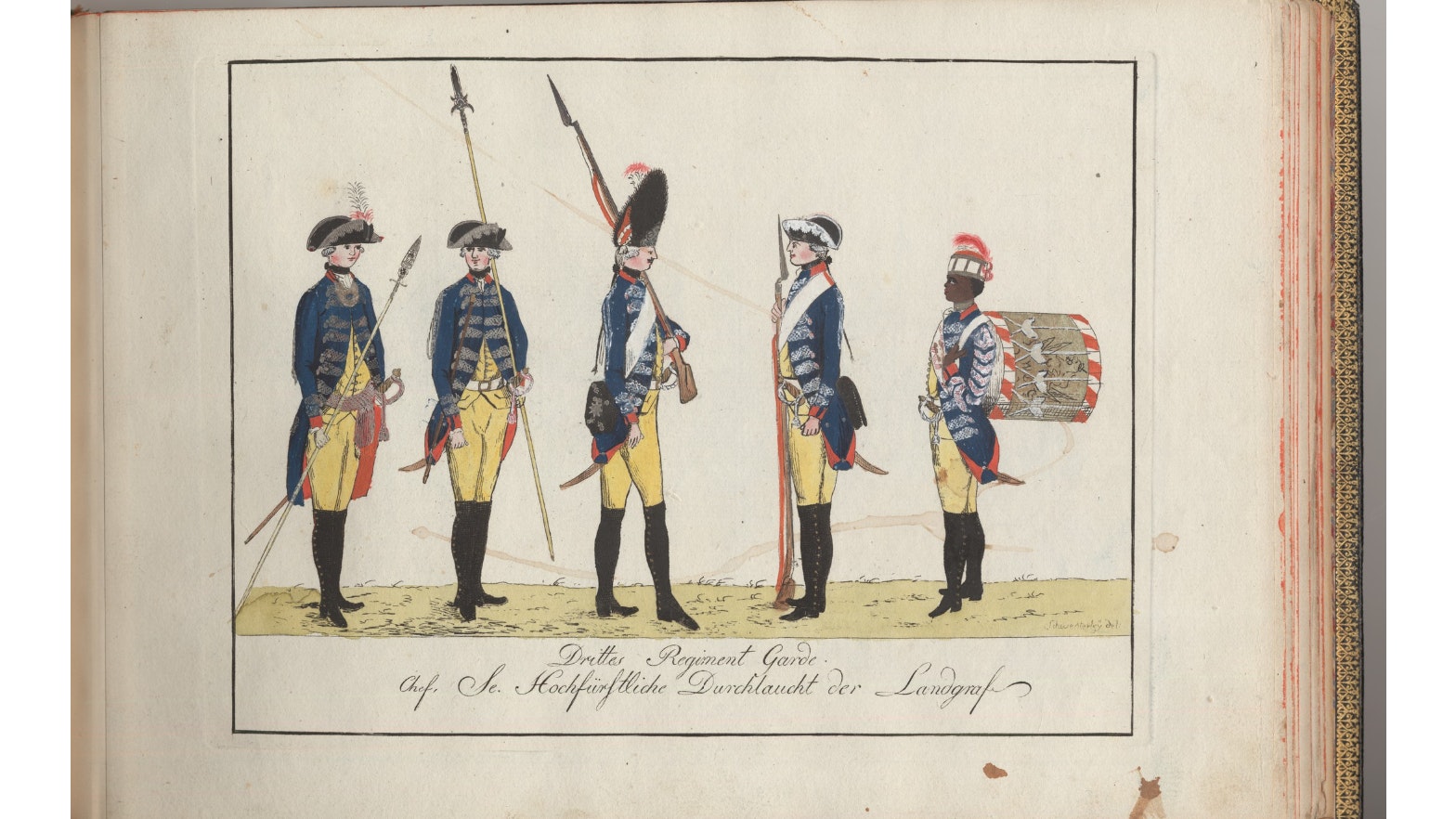 Hessian soldiers typically wore blue coats decorated with lace and colorful trim. This image shows troops of the 3rd Garde (or Guard) Regiment as they appeared just after the Revolutionary War. Members of the regiment fought at the Second Battle of Trenton on January 2, 1777. The young Black drummer shown on the right may have joined the regiment during its service in America. 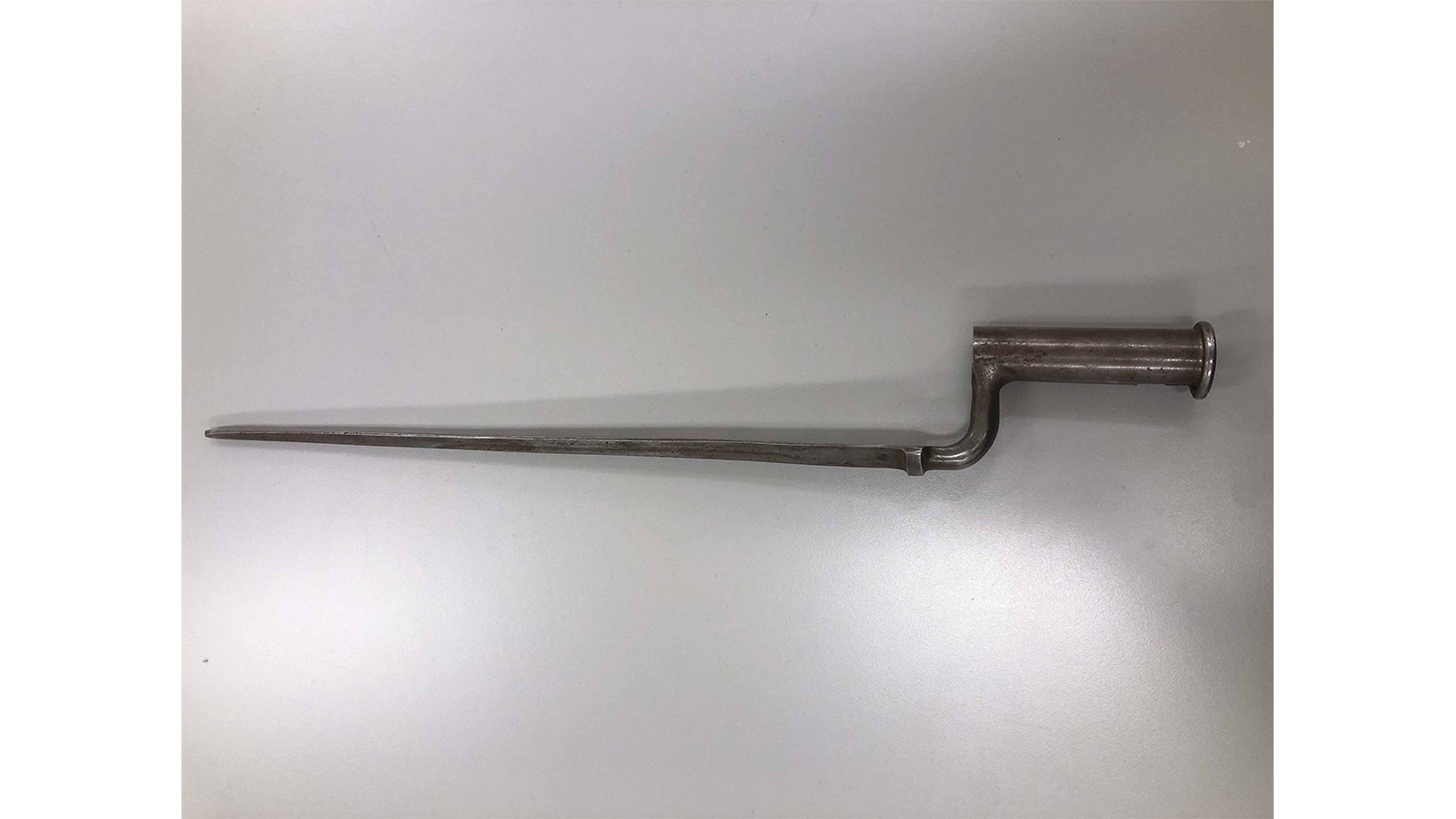 The British Army used bayonets like this one during the 10 Crucial Days. In the Museum's galleries, there is a British bayonet on loan from a private collection that belonged to a soldier in the 17th Regiment of Foot. It may have been used at the Battle of Princeton. 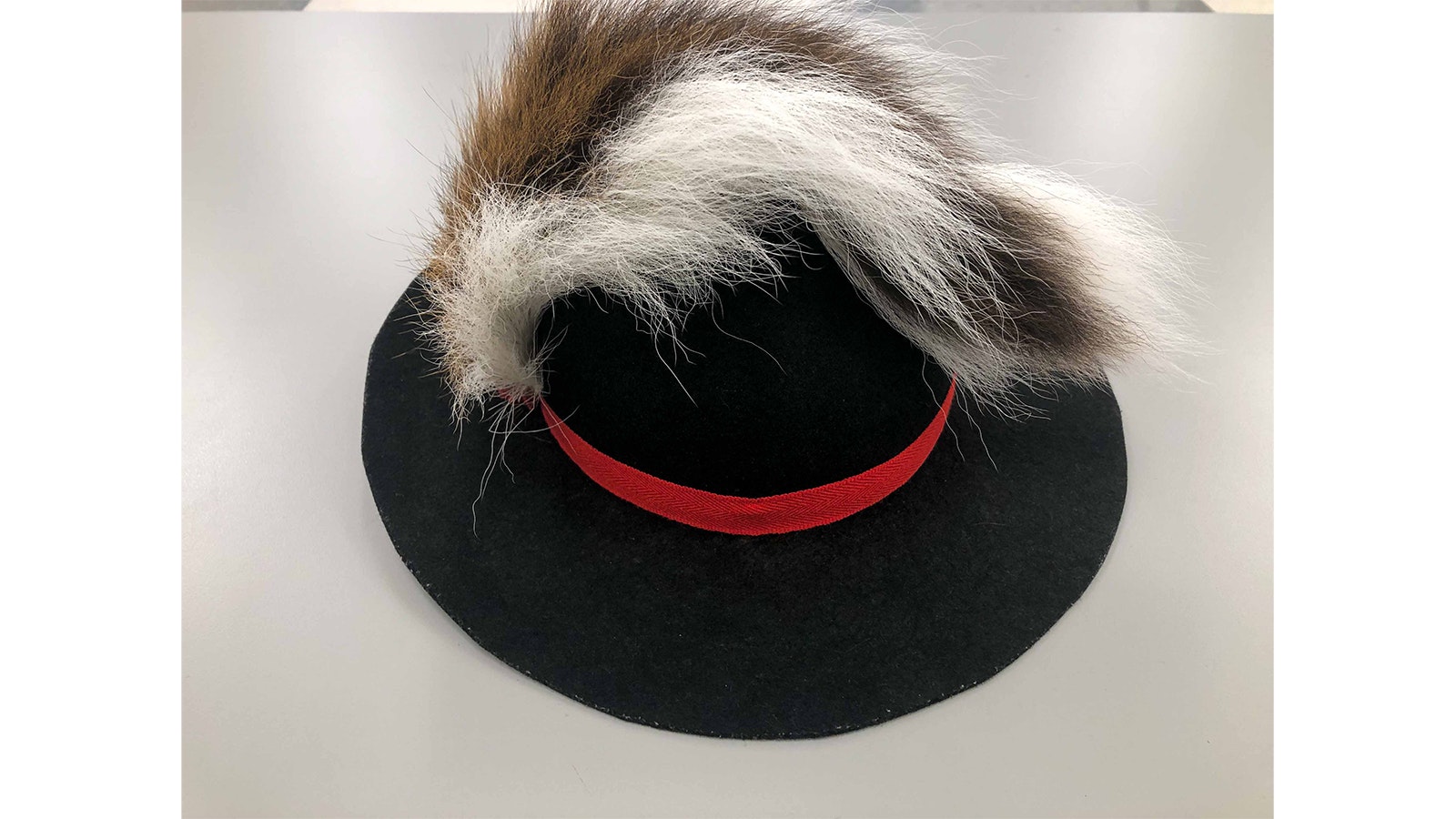 This hat is inspired by the uniform of the Philadelphia Associators, a volunteer regiment in which artist Charles Willson Peale served. In December 1776, the Associators answered calls from General Washington and Congress to reinforce the Continental Army along the banks of the Delaware River.

The Hessians and the 10 Crucial Days Discovery Cart was released as part of A Revolutionary Virtual Winter Break sponsored by NJM Insurance Group. The holiday week included make-at-home crafts, a wintery virtual storytime, a cooking demonstration, and more.

Tour the Museum online with our Virtual Museum Tour to learn more about the Hessians and the 10 Crucial Days. 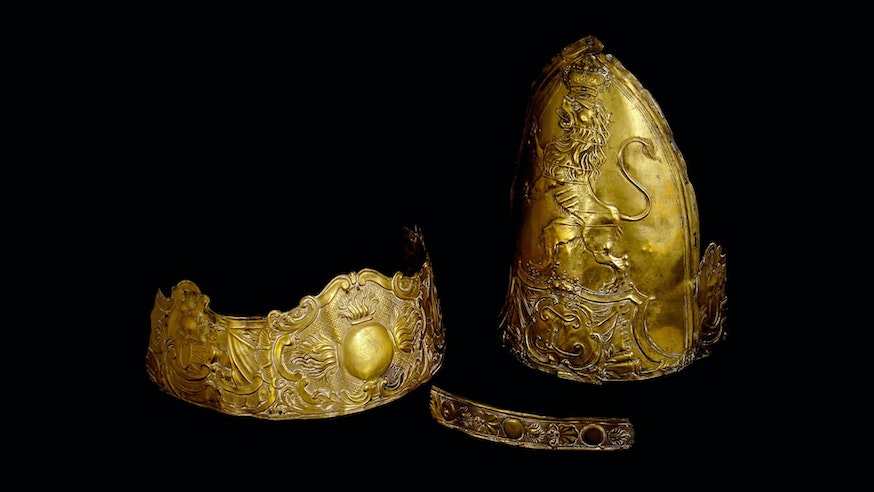 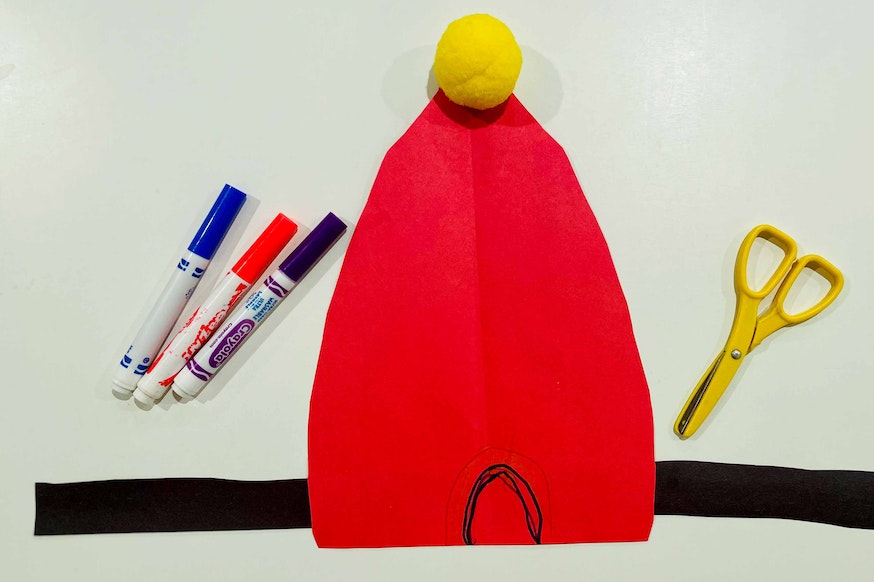 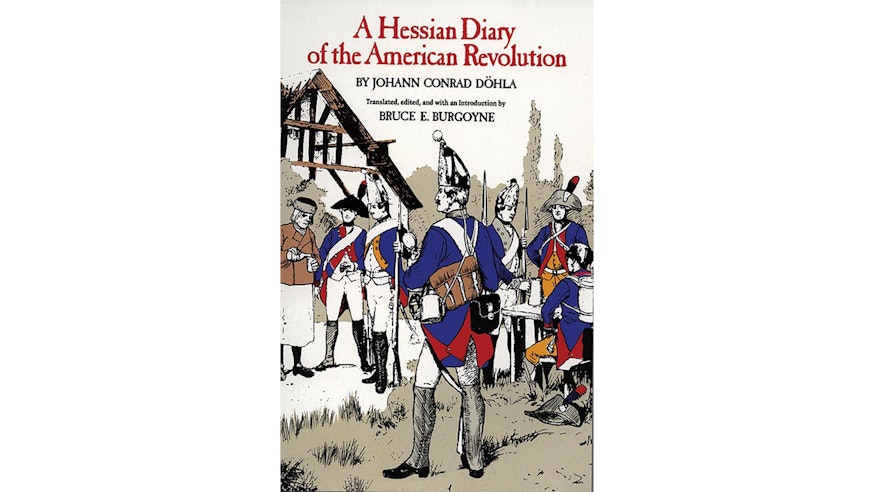