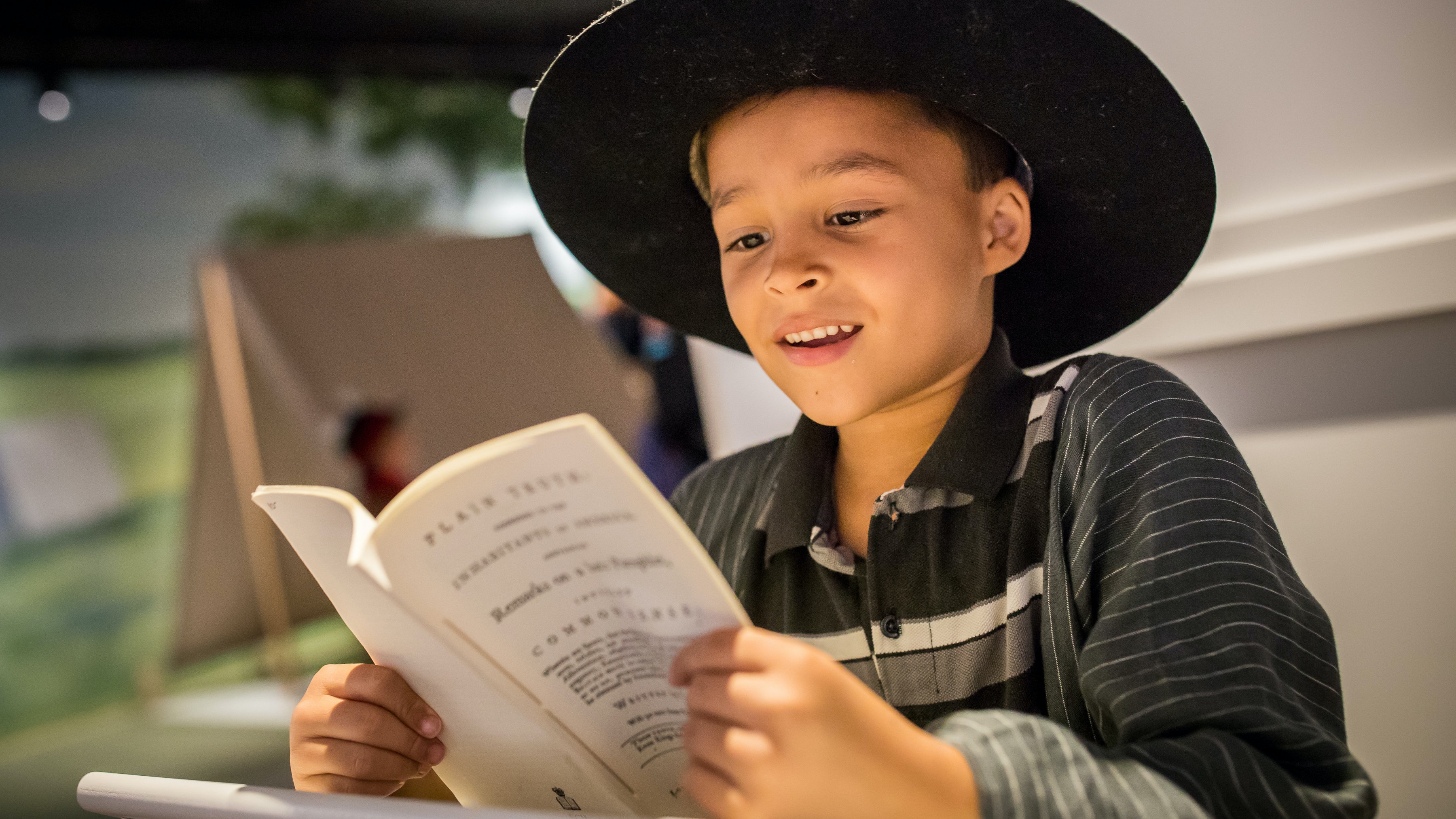 Join us at the Museum for two days, including Constitution Day on Sept. 17, of interactive, family-friendly activities that delve into the curious, creative, and challenging aspects of these fascinating documents. Explore how early state constitutions were adopted, why they varied from state to state, and how they impact our lives today.

Revolutionary Philadelphia Walking Tour
Daily at 2 p.m.
$28 for non-members (includes Museum admission), free for members
Philadelphia was at the heart of constitutional conversations — for Pennsylvania and the nation. Join a Museum educator to explore the streets of Revolutionary Philadelphia, stopping outside iconic sites where commoners and congressmen debated and decided on the ideas that would shape the state and federal constitutions. This one-hour guided tour covers about a mile and features sites such as Carpenters’ Hall, City Tavern, and Independence Hall. Make sure to leave time before or after your tour to participate in the rest of State Constitutions Palooza.

Civics on Tap
Cross Keys Café | Saturday, Sept. 17, 5-8 p.m.
Civics on Tap is a monthly hands-on lesson in participatory democracy — with beer! Join us for this special return of a fun Philadelphia tradition as your fearless host Grace Palladino leads us in learning and laughing about state constitutions. Get a lightning-fast intro to the highs and lows of constitution-making, then get your team ready for three rounds of State Constitutional Quizzo! Drinks and refreshments will be sold by Cross Keys Café.

New Jersey State Constitution Talk with Dr. Philip Mead
Onsite | Saturday, 2 p.m.
The 1776 New Jersey state constitution referred to voters as "they," and statutes passed in 1790 and 1797 defined voters as “he or she." This opened the electorate to free property owners, Black and white, male and female, in New Jersey. This lasted until 1807, when a new state law said only white men could vote. Join the Museum's Dr. Philip Mead, Chief Historian and Curator, who will offer a short talk about the New Jersey state constitution at the When Women Lost the Vote tableau.

Trivia & Activity Stations
Onsite | Daily from 11 a.m. - 3 p.m.
How much do you know about state constitutions, past and present, and their relationship to the U.S. Constitution? Come spin the trivia wheel and see if you can win a prize! Plus, create your own constitution on our Velcro constitution board, color in your own “Flat Judge” from the Unified Judicial System of Pennsylvania, try on 1770s and 1790s clothing in our hands-on discovery center, and more at activity stations throughout the Museum.

Special Edition Chocolate Bars
Cross Keys Café | Daily from 10 a.m. - 4 p.m.
Need a sweet treat to get you through your day? Visit the Museum’s Cross Keys Café to purchase a special Museum chocolate bar, produced by Best of Philly award-winning local chocolatiers Good Good Chocolates. These special treats will make their debut at State Constitutions Palooza and will only be available at the Cross Keys Café.

USCIS Naturalization Ceremony
Onsite | Thursday, Sept. 15, 10 a.m.
Start your weekend early and welcome dozens of new American citizens from across the globe during a naturalization ceremony hosted by United States Citizenship and Immigration Services in the Museum's Liberty Hall. The ceremony is open to the public.

Discovery Cart: Elizabeth Freeman
Onsite | Daily
The 1780 Massachusetts Constitution didn’t outlaw slavery, but it did help enslaved woman Elizabeth “Mumbet” Freeman to gain her freedom. Join a Museum educator at our Freeman-focused discovery cart to handle replica artifacts that help to tell this powerful story of courage, conviction, and the law.

Constitution-Themed Selfie Station
Onsite | Daily
Snap a photo at a constitution-themed selfie station in the Museum’s atrium and share it on social media using #HowRevolutionary. Be sure to tag @AmRevMuseum on Facebook, Twitter, and Instagram!

When Women Lost the Vote Virtual Exhibit
Online | Anytime
New Jersey’s first constitution contained something radical: In referencing its voters, it did not mention gender, sex or race. Later clarifications were more specific, yet still surprising for the era: voters could be “he or she.” Learn more about this experiment in republican democracy by exploring our online exhibit, When Women Lost the Vote: A Revolutionary Story, 1776-1807. Dig deeper by exploring the accompanying Poll List Interactive, and see real voter rolls of the early 1800s and some of the women and African American men who exercised their right to vote in New Jersey in this time. 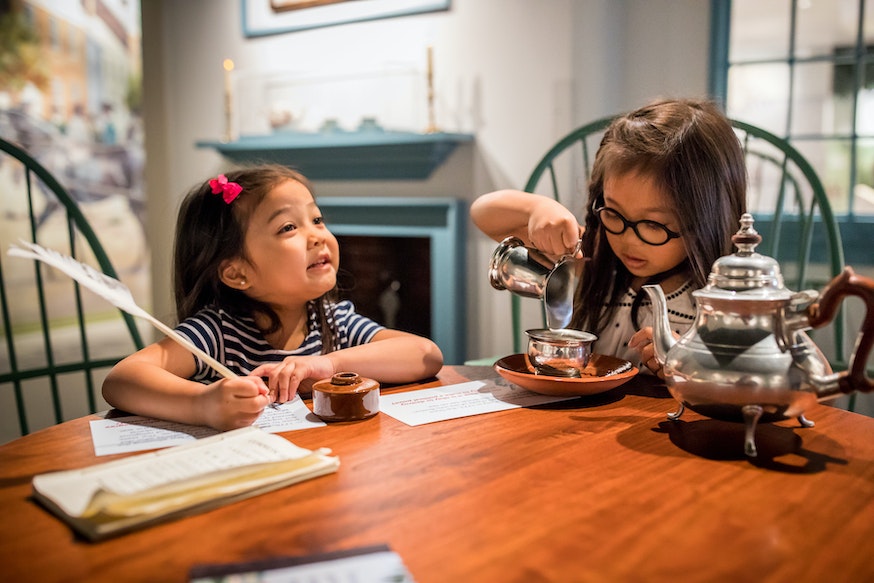