In the summer of 1775, riflemen from Pennsylvania, Maryland, and Virginia joined the New England troops already gathered in Boston to form a Continental Army. Many of these southern soldiers wore fringed linen hunting shirts like this example. A uniquely American garment that originated in the Virginia backcountry, it was thought to evoke the dress of Native Americans. As stories of the riflemen’s marksmanship spread, General Washington saw a psychological advantage in outfitting thousands more of the American soldiers in these distinctive shirts. On July 24, 1776, Washington wrote that he “earnestly encourages the use of hunting shirts,” in part because they were “justly supposed to carry no small terror to the enemy, who think every such person a complete marksman.” 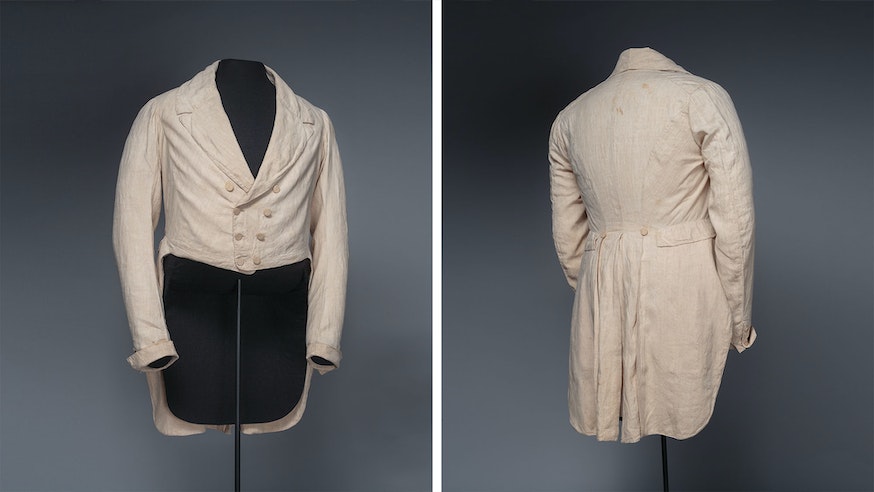 This coat belonged to Jacob Latch, a Revolutionary War veteran from Lower Merion, Pennsylvania, who served during Valley Forge encampment of 1777-1778.
See Object 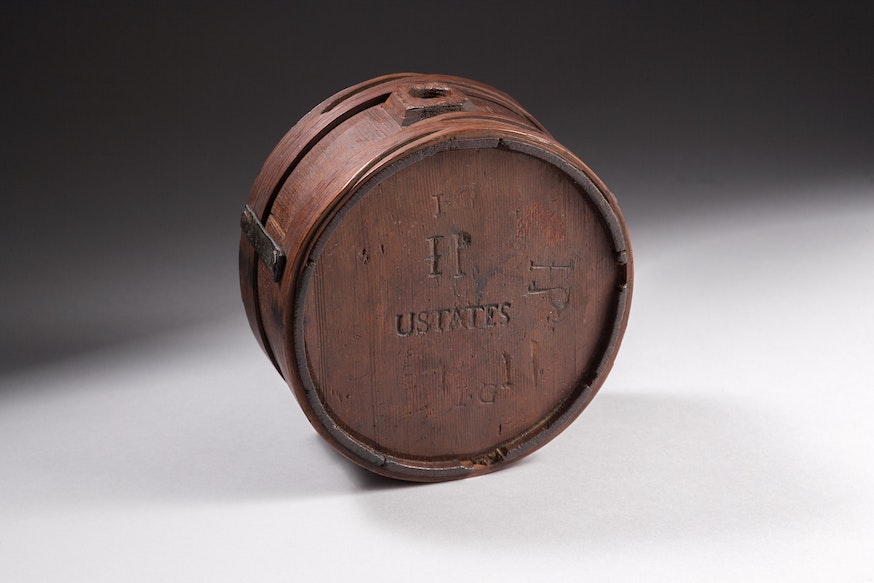