Donna Lawrence is the founder and owner of Donna Lawrence Productions, an internationally recognized, award-winning production company that produced the Museum’s films, including its signature Washington’s War Tent theater experience. Lawrence joined the latest episode of the Museum's AmRev360 series, hosted by Museum President & CEO Dr. R. Scott Stephenson, to talk about why her films make us cry, one of her major regrets, her advice to aspiring filmmakers, and what it means to know a story “in your bones.”

Donna Lawrence Productions has received top awards in almost every national and international festival dedicated to special format or documentary productions, including The Sundance Film Festival, The New York Festivals, Cine Golden Eagle Awards, THEA Awards (Themed Entertainment Association), the International Documentary Association, AAM’s Muse Awards, and more. In addition to the Museum, the company's clients include New-York Historical Society, the National Constitution Center, the Gettysburg National Military Museum & Visitor Center, and the Statue of Liberty Museum, among many others. 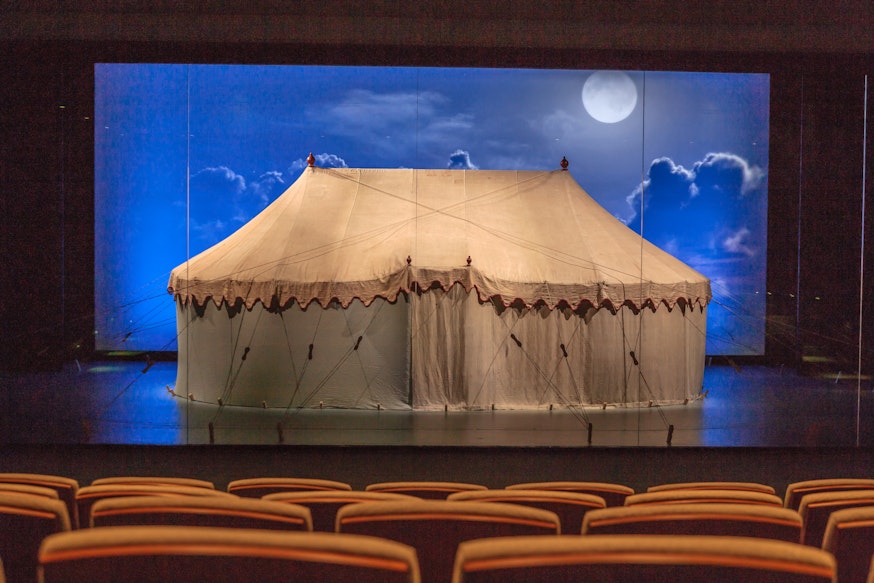 The Museum opened in April 2017, but its collection has been in the making for more than a century. Learn more about the "rockstar" of our collection, General George Washington's headquarters tent.
Read More