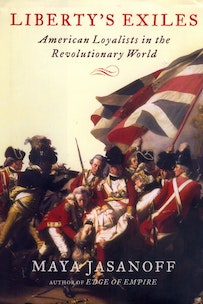 American history tends to remember loyalists in the American Revolution simply as the defeated. Yet, Maya Jasanoff's book, Liberty's Exiles: American Loyalists in the Revolutionary World, shows us that while the victorious patriots were busy building a new country, loyalists refugees were helping to settle an empire. Those loyalists that chose to leave America after the war looked to Britain for help and the burgeoning empire facilitated their resettlement on a global scale. Jasanoff weaves the ups and downs of ten major characters as they endure the war and eventually seek asylum from Nova Scotia to Jamaica, Sierra Leone to India. The following excerpt features the two minor characters of Jacob Bailey and Louisa Wells and illustrates an exiled loyalist experience and what it meant to be an American colonist returning to the Great Britain after defeat.

Confronting real doubts about their lives, liberty, and potential happiness in the United States sixty thousand loyalists decided to...take their chances elsewhere in the British Empire. They took fifteen thousand black slaves with them, bringing the total exodus to seventy-five thousand people-or about one in forty members of the American population.

[Loyalists] traveled to Canada, they sailed for Britain, they journeyed to the Bahamas and the West Indies; some would venture still farther afield, to Africa and India. But wherever they went, this voyage into exile was a trip into the unknown. In America the refugees left behind friends and relatives, careers and land, houses and native streets-the entire milieu in which they had built their lives. For them, America seemed less 'an Assylum to the persecuted' than a potential persecutor. It was the British Empire that would be their asylum, offering land, emergency relief, and financial incentives to help them start over.

What was a loyalist, and what kind of America and British Empire did loyalists want? It is important to note at the outset that, as fellow American colonists, loyalists and patriots had more in common with one another than they did with metropolitan Britons.

What truly divided colonial Americans into loyalists and patriots was the mounting pressure of revolutionary events: threats, violence, the impositions of oaths, and ultimately war.

JACOB BAILEY, for one, could give a vivid account of what led him to flee revolutionary America. Massachusetts born and bred, Bailey had since 1760 been an Anglican missionary in the frontier district of Pownalborough, Maine. While he ministered in what was then remote wilderness, in Boston his Harvard classmate John Adams voiced the colonies' grievances against Britain, and became a forceful advocate for independence. But Bailey had sworn what he regarded as a sacred oath to the king, the head of his church, and to renounce that allegiance appeared to him to be an act of both treason and sacrilege. Bailey struggled to maintain his loyalty in the face of mounting pressure to join the rebellion. When he refused to honor a special day of thanksgiving declared by the provincial congress, Pownalborough patriots threatened to put up a liberty pole in front of the church and to whip him there if he failed to bless it. Another frightening omen came when he found seven of his sheep slaughtered, and a 'fine heifer' shot dead in his pasture.' By 1778, the clergyman had been 'twice assaulted by a furious Mob-four times haulled before an unfeeling committee. . . . Three times have I been driven from my family. . . . Two attempts have been made to shoot me.' He moved to the countryside to elude arrest, while his young wife and their children tried to get by with 'nothing to eat for several days together.' To Bailey the patriots were persecutors, plain and simple, a 'set of surly & savage beings who have power in their hands and murder in their hearts, who thirst, and pant, and roar for the blood of those who have any connection with, or affection for Great Britain.'

Before dawn one June day in 1779, the Baileys grimly 'began to prepare for our expulsion.' They dressed in a motley assortment of salvaged clothes, gathered up their bedding and 'the shattered remains of our fortune,' and made their way to a boat that would carry them to Nova Scotia, the nearest British sanctuary. In spite of all they had suffered, Jacob and Sally Bailey could not hold back their 'bitter emotions of grief' on leaving their native country. Neither could they contain their relief, two weeks later, when they sailed into Halifax harbor and saw 'the Britanic colours flying.' Bailey gave thanks to God 'for safely conducting me and my family to this retreat of freedom and security from the rage of tyranny and the cruelty of opposition.' Now they were in the British Empire; now they were secure. But the Baileys had landed 'in a strange country, destitute of money, clothing, dwelling or furniture,' and their future was in the hands of chance.

Nowhere did loyalist refugees transform their surroundings on the same scale or with the same enduring significance as in the provinces of British North America. Later historians would come to see them quite simply as the 'founding fathers' of British Canada.

'How shall I describe what I felt, when I first set my foot on British ground?' soliloquized LOUISA WELLS, a young loyalist refugee from Charleston, when she disembarked on the shores of Kent in 1778. 'I could have kissed the gravel on the salt Beach! It was my home: the Country which I had so long and so earnestly wished to see. The Isle of Liberty and Peace.' After what she had endured, Wells had good reason to feel relieved. The daughter of Charleston's leading printer, a loyalist, she had stayed in the war-torn city to protect the family property against confiscation 'as long as one stone stood upon another,' while her relatives fanned out in a loyalist diaspora in miniature. Her parents went to England, her brothers William and James to East Florida, bringing the family press with them; and her fiancé, a former apprentice of her father's to Jamaica.

Britain may not have been the closet place, geographically for American loyalists to seek asylum, but as the center of the imperial world is was in some ways the most obvious. During the war, Britain served as a primary destination for loyalist refugees. It commanded a strength of attachment that no other locale could match, based in language, religion, culture, and for many white loyalists, blood. Yet few if any expressed sentiment resembling Wells's when they got there. Far more often, they echoed the paradox embedded in her statement. Her 'home' as she put lay in a locale she had 'long and so earnestly wished'-but never yet actually managed-to see. For all that many Americans had been raised to consider Britain as 'home,' this was emphatically a foreign country. The tensions between familiarity and difference would be the first of several paradoxes loyalists encountered in Britain, as their dearest, most trusted refuge proved an oddly alienating place. 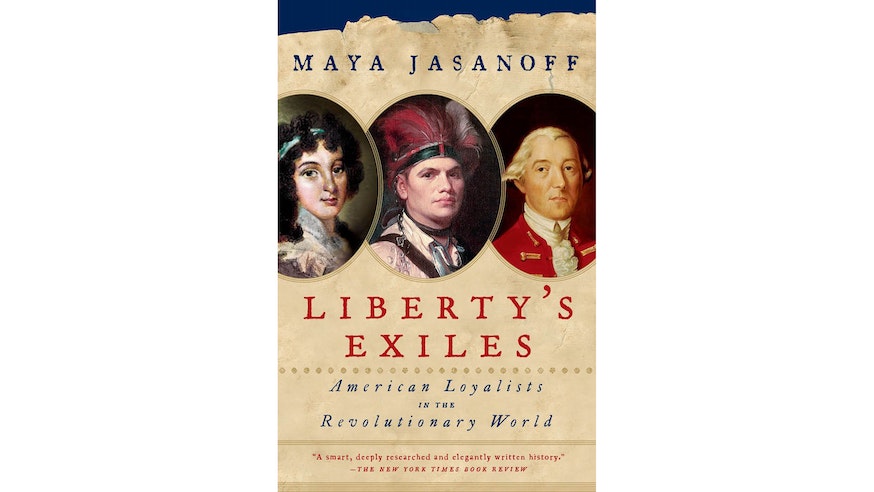 This excerpt from Maya Jasanoff illustrates exiled loyalists' experience and what it meant as an American colonist returning to Great Britain after defeat.
Read More