Cabal! The Plot Against General Washington 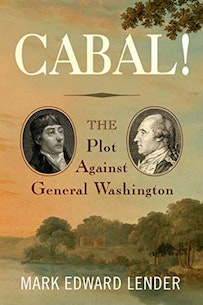 Cabal! The Plot Against General Washington by Mark Edward Lender

Lender’s book is different from previous analyses of the “Cabal” because it not only focuses on Washington’s three chief critics (generals Gates, Thomas Mifflin, and Thomas Conway), but frames the episode in terms of the Continental Board of War’s attempt to take over the conduct of the war effort. A story full of political maneuvering, Cabal! sheds new light on the contentious relationship between the Continental Congress and the Continental Army.

The following excerpt provides a brief introduction to Major General Horatio Gates and explains why he was a favorite general among more radical congressmen.

Here we come back to Major General Horatio Gates. We need to say a bit more about, as he has had a central place in the traditional history of the Cabal. Indeed contemporaries and many historians often depicted Gates as the alternative to General Washington if a critical mass of patriots became convinced the Virginian could not win the war. A more extreme view sees Gates as an actual rival for Washington’s command. But we need to put a finer point on the matter—especially in light of contemporary expectations of senior officers and the ideological preferences of many of the Revolution’s more passionate republicans. For viewed in these contexts Gates had considerable appeal.

History has been unkind to Gates. His links to Washington’s critics—indeed, he was one—and his disastrous performance in 1780 in South Carolina tarnished his reputation among contemporaries and among many historians. Yet his disappointments lay in the future. In late 1777Gates was a deservedly popular man. Born in Great Britain in 1727, his mother was the housekeeper of the Duke of Bolton, and in 1745 he secured a commission through the duke’s patronage. He saw duty in the French and Indian War—like Washington, he survived Braddock’s bloody defeat in 1755—and served competently in various posts in America, Europe, and the Caribbean. He was promoted to major without purchase, a relative rarity in the British army and clearly the mark of an accomplished officer. With experience in combat and army administration he had military credentials far in advance of most colonial officers.

In 1769, however, facing dim prospects for further advancement in a peacetime military, he sold his commission. Then in 1772 he immigrated to America and settled on a modest estate in Virginia’s Shenandoah Valley, “Traveller’s Rest.” The soldier became a planter and, while never rising to the social status of Virginia’s old families, Gates took his place in regional social and political affairs. He Became reacquainted with Washington, and he met the Lees and other notables, including another transplant from the British army, retired Lieutenant Colonel Charles Lee (no relation to the Virginia Lees). Gates loved his new country and he had no second thoughts about old loyalties as the imperial crisis deepened. He declared early for the colonial cause, and given his military record Congress quickly appointed him a brigadier general.

During the first years of the war Gates served ably although in circumstances offering little chance for distinction. Gates was the army’s adjutant general under Washington, a position to which Gates brought invaluable expertise. He was a first-rate organizer and paper-pusher (hardly a glorious task, but essential) and he worked harmoniously with the commander in chief. Washington was grateful for his service. In 1776 Gates commanded at Fort Ticonderoga, and he did a commendable job of reorganizing battered patriot forces after their painful retreat from Canada. Subordinate officers thought well of him and credited Gates with restoring much of the chattered Northern Army’s organization and morale. “Generalship is now dealt out to the Army,” the First New Jersey’s Colonel Matthias Ogden apprised his friend Aaron Burr, “by our worthy and esteemed General Gates, who is putting the most disordered Army that ever bore the name into a state of regularity and defence.” Gates also did his best to support Benedict Arnold as Arnold prepared to meet the oncoming British invasion. After the critical Battle of Valcour Island, in which Arnold’s small fleet fought a superior British flotilla to exhaustion, Gates was among the foremost in Arnold’s praise. Thus the transplanted Briton was a seasoned professional and no military lightweight, and had Washington been killed or disabled early in the war Gates was by no means an illogical choice as a successor.

Yet the relationship between Gates and Washington soured. While Washington never knew it, by late 1776 Gates’s correspondence with Major General Charles Lee revealed a wavering faith in the commander in chief. And Gates’s conduct on the eve of the Trenton operation must have given Washington pause. Having marched reinforcements south to link up with Washington only days before the Trenton attack, Gates pleaded illness and promptly left for Baltimore—where he recovered quickly enough to make the rounds with the exiled Congress. In spring 1777 Gates subsequently became embroiled in a controversy with General Philip Schuyler over command of the Northern Department. Washington supported Schuyler and was anything but happy with his former adjutant general. Despite Washington’s preferences, in July Gates won the Northern Department command after St. Clair evacuated Fort Ticonderoga and Congress relieved St. Clair and Schuyler. The commander in chief watched all of this with deep reservations, if not private dismay. He still had faith in Schuyler but knew defending him would have ignited a political firestorm. Recall that Washington sidestepped a congressional request to appoint a new commander for the Northern Department, and thus Gates went north as Congress’s man, not Washington’s.

The aftermath of Saratoga was a turning point in the Gates-Washington relationship. While Gates basked in popular acclaim, he did not immediately see himself as a rival for Washington’s job. At least he was not intriguing to replace the commanding general. Nevertheless the man was no fool; he fully understood other patriots shared his dim view of Washington’s performance. This was especially true among the more zealous republicans. They had faith in Gates, a man who seemed to have everything a good republican could want in a general. Gates had not only triumphed, but he was also genuinely popular with the militia so beloved of radical Whigs. He was a winner in battle and politically acceptable.

There is no question that the more ardent republicans wanted him. Samuel Adams had been singing his praises even before Saratoga. Gates “is honest and true, & has the Art of gaining the Love of his Soldiers,” he asserted. After Saratoga Adams could not have been more effusive in his admiration for the major general: The victory of the Northern Army reflected “the highest Honor on yourself & and the gallant officers & Soldiers under your Command.” That italicized “your” left little doubt of Adams’s preferences in generals. Lovell was of the same mind. “We want you in different places,” the zealous delegate wrote directly to Gates, lamenting the dismal state of military affairs in the Philadelphia theater. And these hosannas were only typical; we have seen the sentiments of other republican purists in the previous chapter. Other patriots of a less radical persuasion—those simply tired of losing battles and a stalled war effort—would have understood a turn to a winning general. Recall the spate of November letters to Gates expressing dismay at Washington’s defeats. Nor was Gates bashful about making friends with the commander in chief’s detractors; and without openly saying as much, at least that we know of, the radicals understood their hero was amenable to an appointment as Washington’s replacement. For the first time a reasonable number of patriots saw a credible alternative to the Virginian. This was not a matter of any malice against Washington—it was about winning the war. 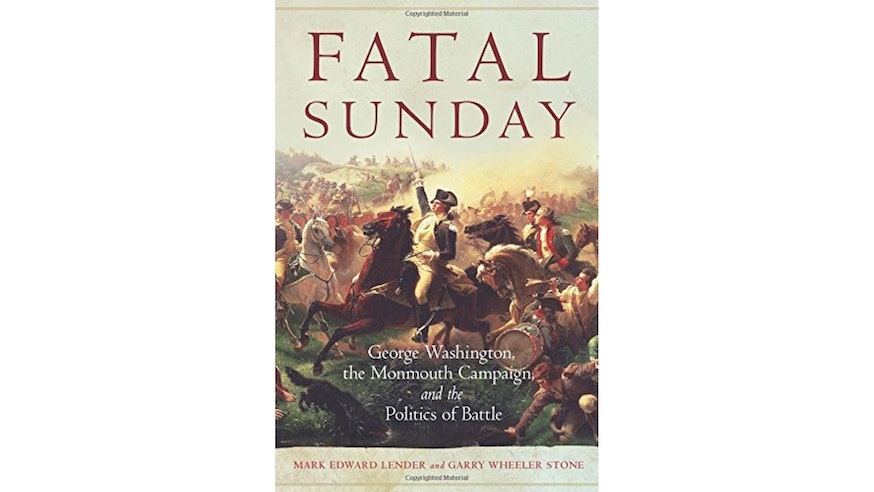 Read this excerpt that offers a glimpse into the aftermath of Battle of Monmouth, detailing the gruesome task left to victors of burying the dead.
Read More