Exhibition Marks the First Time the Two Paintings Will Be Displayed Together in the U.S.

What can a life tell us about an era? Next fall, the Museum of the American Revolution will present its first international loan exhibition, Cost of Revolution: The Life and Death of an Irish Soldier, anchored by two significant portraits. Painted by English artist Thomas Gainsborough and Irish artist Hugh Douglas Hamilton, the portraits are on loan to the Museum from Australia’s National Gallery of Victoria (Melbourne) and the National Gallery of Ireland in Dublin, respectively. 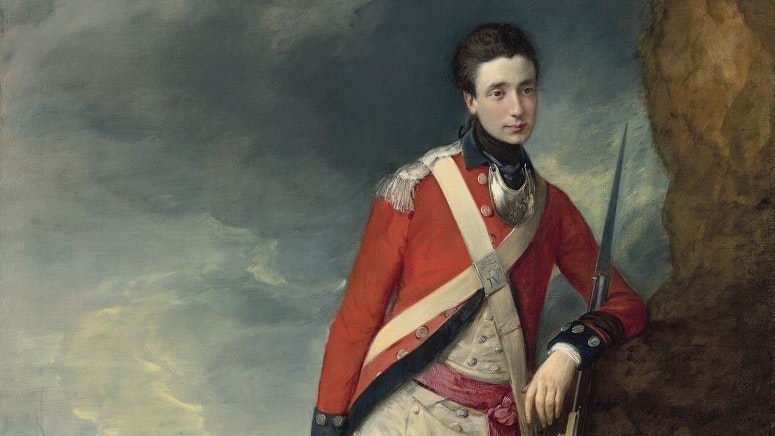 Set to open on September 28, 2019, the exhibition will present the story of the trans-Atlantic impact of the American Revolution through the eyes of a young Irish officer in the British Army, Richard Mansergh St. George (1757-1798). St. George’s dramatic and tragic personal journey through the Age of Revolutions will be brought to life with rare works of art, historical artifacts, maps, and manuscripts from museums and private collections in Ireland, England, Australia, and the United States.

One of the anchor portraits, a striking oil painting of a teenaged St. George by Thomas Gainsborough (1776), depicts him just before he shipped out for New York to fight against the growing American Revolution. The second portrait, an oil painting by Hugh Douglas Hamilton (ca. 1795), shows a grief-stricken St. George mourning at his wife’s tomb. Hamilton painted this portrait as a movement for Irish independence, which St. George opposed, was on the rise.

“Cost of Revolution continues the Museum’s approach to rich, dramatic, personal storytelling with surprises at every turn,” said Dr. R. Scott Stephenson, President and CEO of the Museum. “The exhibit will bring together more than 100 artifacts, manuscripts, and works of art, many of which will be on display in America for the first time.” 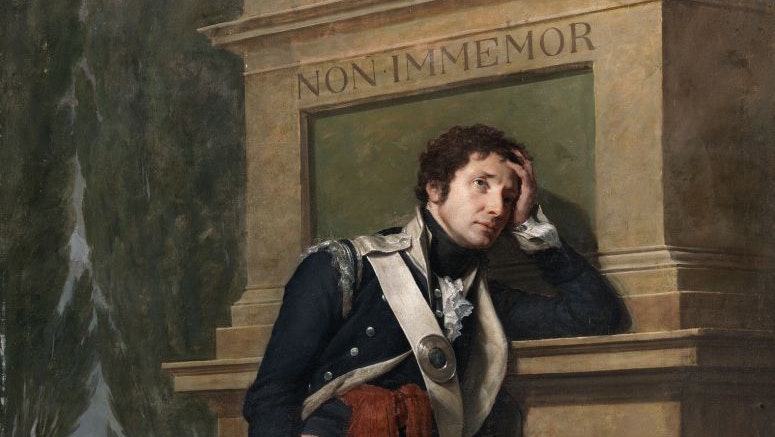 Born into the Anglo-Irish aristocracy, Richard Mansergh St. George’s childhood coincided with Great Britain’s stunning victory over France and Spain in the Seven Years’ War (1756-1763) and the vast expansion of the British Empire across the globe. St. George fought to defend the empire from American Revolutionaries in 1776 and 1777, but was severely wounded at the Battle of Germantown, just outside of Philadelphia.

He returned to Ireland because of his wound and found his native country roiled by the effects of the American Revolution. As the revolutionary spirit swept from America to France in the 1780s and 1790s, many in Ireland began dreaming of independence and republican government for their country. In 1798, Irish Revolutionaries killed St. George because he rejected Irish independence.

St. George’s tumultuous life and experiences are exceptionally well documented through surviving artwork (including some of his personal sketches), poetry, manuscripts, and historical artifacts. These materials, now scattered across three continents, will be reunited in Cost of Revolution for the first time to present a rich and complex view of Britain, America, and Ireland in the Age of Revolutions.

The exhibit, developed by the Museum’s in-house exhibition team, will run from Sept. 28, 2019 – Feb. 17, 2020. It is free with regular Museum admission. For more information, visit www.amrevmuseum.org/exhibits/special-exhibitions.