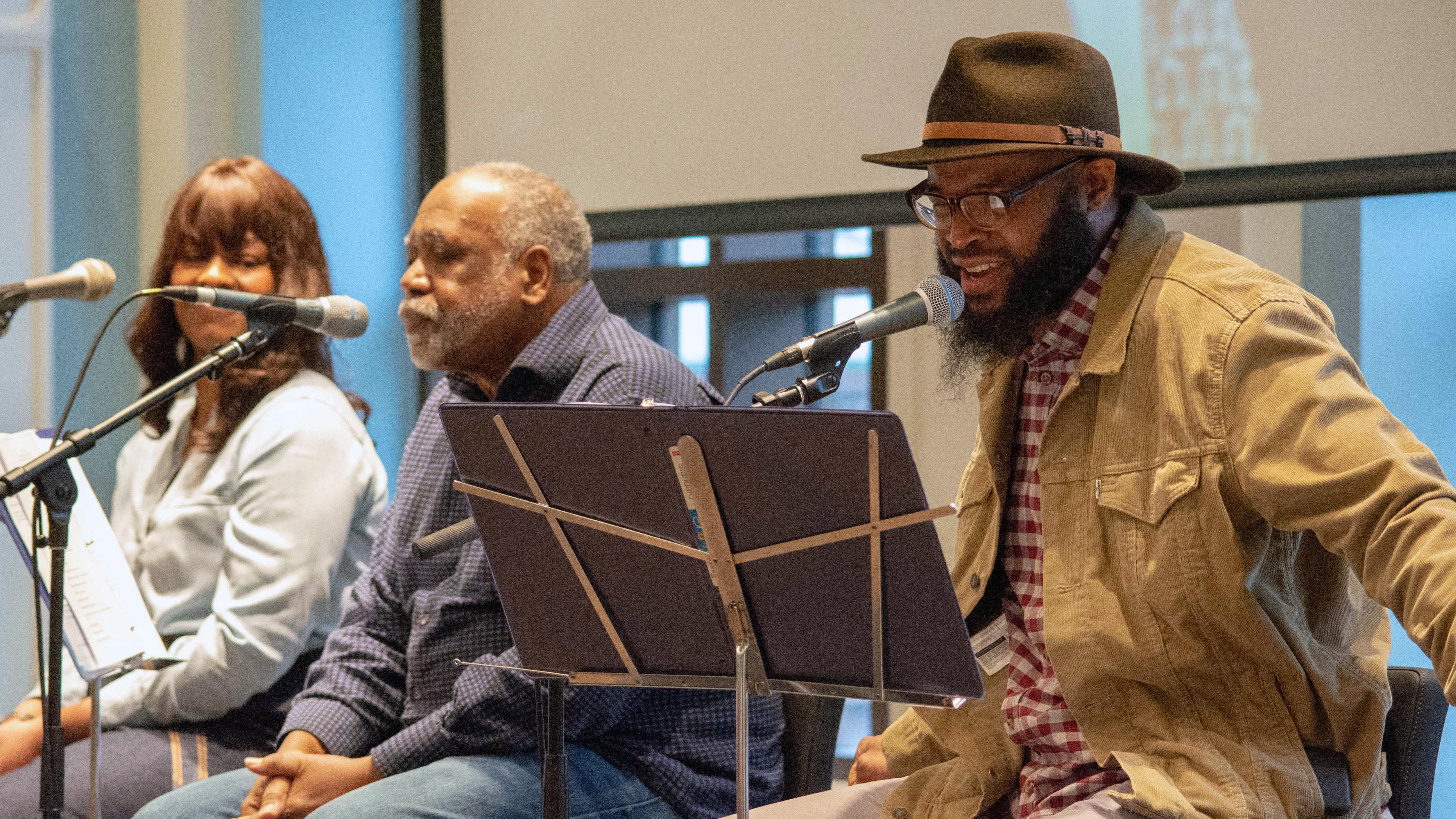 “I have a dream that one day this nation will rise up and live out the true meaning of its creed: ‘We hold these truths to be self-evident: that all men are created equal.’” – Martin Luther King, Jr.

The Museum of the American Revolution will pay tribute to the life and legacy of Dr. Martin Luther King, Jr. and will explore the continuing struggle for equality for all from Friday, Jan. 15 – Monday, Jan. 18, 2021, from 10 a.m. – 5 p.m.

On Monday, Jan. 18 at 10 a.m., tune into the Museum’s YouTube channel for a free virtual concert by vocalists and musicians from the Philadelphia Jazz Project. The performance will feature highlights from PJP’s previous performances at the Museum and interviews with special guests. It will intermingle spoken word, gospel, jazz, and blues, inspired by excerpts from King’s speeches and sermons.

At the Museum, explore the stories of enslaved people of African descent who followed different paths to freedom during the Revolutionary War with 10-minute pop-up talks throughout the weekend. Discover the stories of London Pleasants, an African American teenager who joined Benedict Arnold’s British American Legion as a trumpeter; Deborah Squash, who ran away from Mount Vernon and sought protection with the British Army; and others. Take a deeper dive into these untold stories with the Museum’s free, new Finding Freedom digital interactive.

On Saturday, Jan. 16 from 11 a.m. – 3 p.m. at a contactless Discovery Cart, learn the story of Ona Judge, a woman who was enslaved in George and Martha Washington’s household in Philadelphia and later escaped. Explore objects related to Judge’s story, including the original door handle from the Presidents’ House in Philadelphia as well as replica objects such as a comb and brush that Judge would have used in her role as a ladies’ maid. On Saturday at 10 a.m., tune into the Museum’s Facebook page for a special virtual walking tour that will explore Judge’s story.

At the Museum and in our free Virtual Tour, explore other personal—often unfamiliar—stories of free and enslaved people of African descent during the Revolutionary era. Virtual visitors will learn about Elizabeth “Mumbet” Freeman, an enslaved woman who sued for her freedom and won; Olaudah Equiano, who purchased his own freedom and published a memoir of his experiences; and Crispus Attucks, a dockworker of African and Native descent who was killed during the Boston Massacre and is considered by many historians to be the first casualty of the American Revolution; among many others.

Looking ahead, the Museum’s Black History Month programs will include a forum on Race in American History hosted by The Dennis Farm Charitable Land Trust on Feb. 20, 2021; a History Explorers Club virtual event for kids exploring the story of Ona Judge on Feb. 27, 2021; and an Artisan Workshop Stitch-In from Feb. 3-24, 2021 featuring a short gown inspired by that of Elizabeth Dorn, a free Black woman.