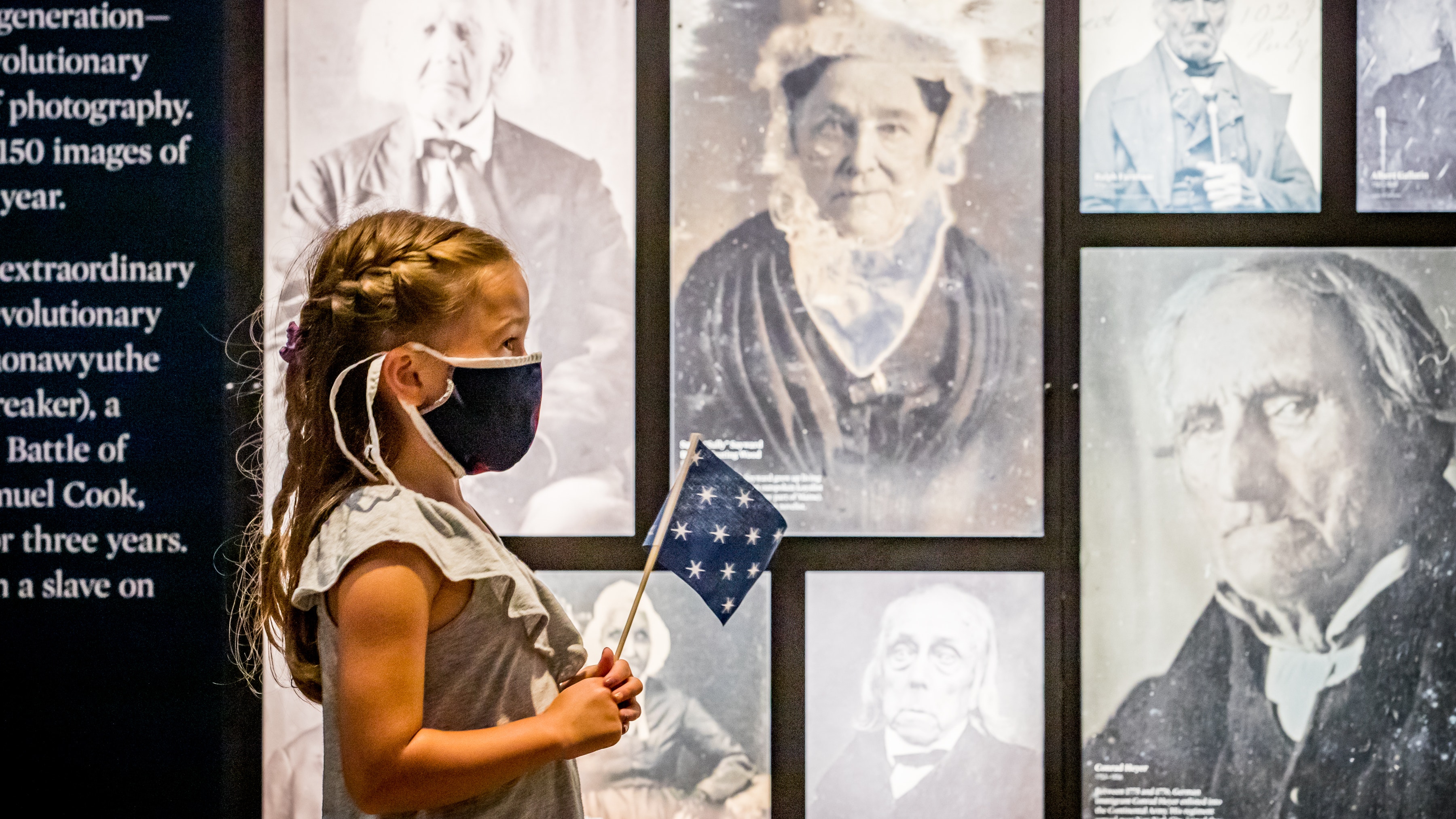 This Veterans Day Weekend, the Museum of the American Revolution will honor America’s first veterans and those who continue to serve our nation today, and will explore their stories through a virtual lecture, pop-up talks and performances, take-and-make crafts, and more from Veterans Day, Wednesday, November 11 - Sunday, November 15, 2020. The Museum will offer free admission to those currently serving in the military, veterans, and Blue Star Families, courtesy of Comcast NBCUniversal.

On Wednesday and Friday-Sunday, meet Continental soldier Joseph Plumb Martin as he concludes his Revolutionary War service in pop-up theatrical performances throughout the day. Plumb Martin was one of thousands of teenaged soldiers who joined Washington’s Army. He later wrote one of the best accounts of the Revolutionary War from a private soldier's perspective almost 50 years after the war ended.

Throughout the weekend, enjoy 10-minute pop-up talks exploring the stories of Revolutionary War veterans like Thaonawyuthe, known as Chainbreaker or Governor Blacksnake, who fought at the Battle of Oriskany, and George Fishley, who survived the winter at Valley Forge and was later captured while serving on a privateer ship. Rare photographs of these veterans who survived into the age of photography can be seen in the Museum’s final gallery.

Kids can take home a special take-and-make activity to design their own commemorative ribbon, inspired by silk ribbons given to Revolutionary War veterans. Kids also are encouraged to download, print, and color a coloring page with a special message of gratitude for service members. Instructions for mailing the picture – or other cards and letters – to service members are available here. Share your work with us on Facebook, Instagram or Twitter and tag @AmRevMuseum.

On Thursday, November 12 at 6 p.m., the Museum will kick off its Read the Revolution Speaker Series with a virtual talk by Lieutenant Colonel Seanegan P. Sculley. Sculley discuss how American ideals and ideas about the limits of military authority, negotiated by officers and soldiers of the Continental Army, shaped the standards of command, discipline, and honor that built today's U.S. Armed Forces. The talk is based on his book, Contest for Liberty: Military Leadership in the Continental Army, 1775-1783 . Tickets are available for purchase here.

Don’t miss the new special exhibition When Women Lost the Vote: A Revolutionary Story, 1776-1807, which explores the little-known story of women and free people of color voting in Revolutionary-era New Jersey. Activity-packed printed Family Guides are available to help all ages explore the exhibit. Be sure to cast a ballot at our voting selfie station, pose for a photo, and get an “I Vote” sticker to wear home. The exhibit is on view now through April 25, 2021 and is included with regular Museum admission.

The Museum is now open Thursdays – Sundays from 10 a.m. – 5 p.m. (and Veterans Day, Wednesday, Nov. 11). Learn more about the Museum’s new health and safety protocols here. Veterans Day Weekend programs are included with regular Museum admission. Kids ages 5 and under are always free. Tickets can be purchased at www.amrevmuseum.org or by calling 215.253.6731.

Those who can’t make it to the Museum in person can explore the stories of the diverse range of people who served and sacrificed during the American Revolution anytime with the Museum’s free Virtual Museum Tour and Virtual Field Trip.

Veterans Day Weekend at the Museum is sponsored by Comcast NBCUniversal.