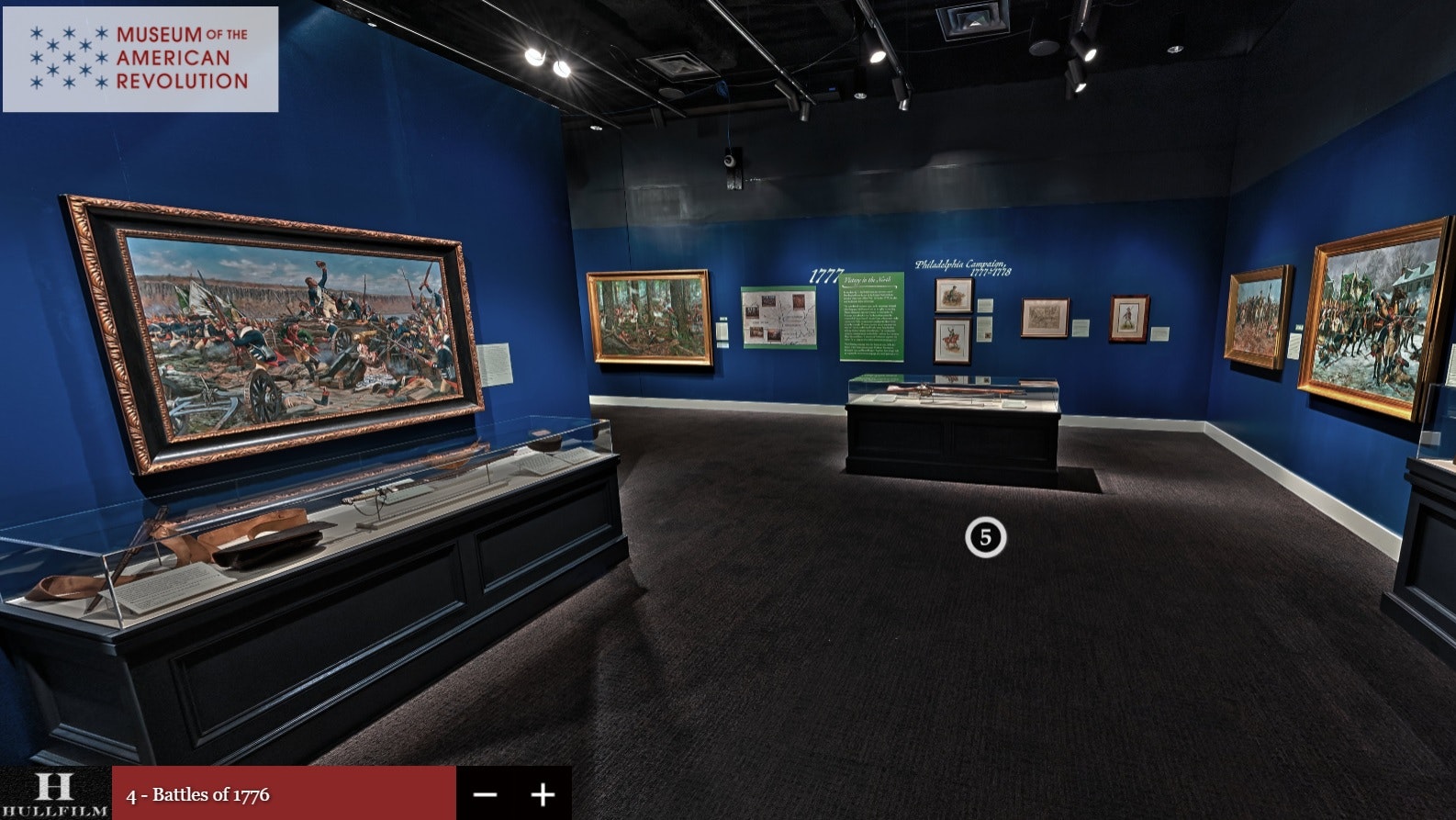 Virtual Tour is Free and Accessible on the Museum’s Website

With a newly launched virtual tour, people from across the globe can now experience a 360-degree walkthrough of the Museum of the American Revolution’s current special exhibition, Liberty: Don Troiani’s Paintings of the Revolutionary War. The tour can be found at www.amrevmuseum.org/liberty-virtual-tour. It is free and accessible to anyone with an internet connection.

Liberty brings together – for the first time in a major exhibition – more than 45 original paintings by nationally renowned historical artist Don Troiani, alongside 40 historical artifacts, which are on loan from his personal collection as well as from the Museum and other lenders. Through high-resolution panoramic imagery of the art and artifacts, the virtual tour immerses viewers in some of the most pivotal moments of America’s fight for independence.

The virtual tour features an accompanying audio guide, narrated by Director of Education and Community Engagement Adrienne Whaley, which is integrated throughout the tour to facilitate deeper dives into the exhibit’s highlights. Transcripts of the audio stops are also available here.

An introductory tutorial video offers online visitors tips for navigating the virtual experience. Users can click through the exhibit in the immersive 360-degree environment or jump to specific paintings. They also can click on cases to read the labels and zoom in on the intricate details of the objects and works of art. 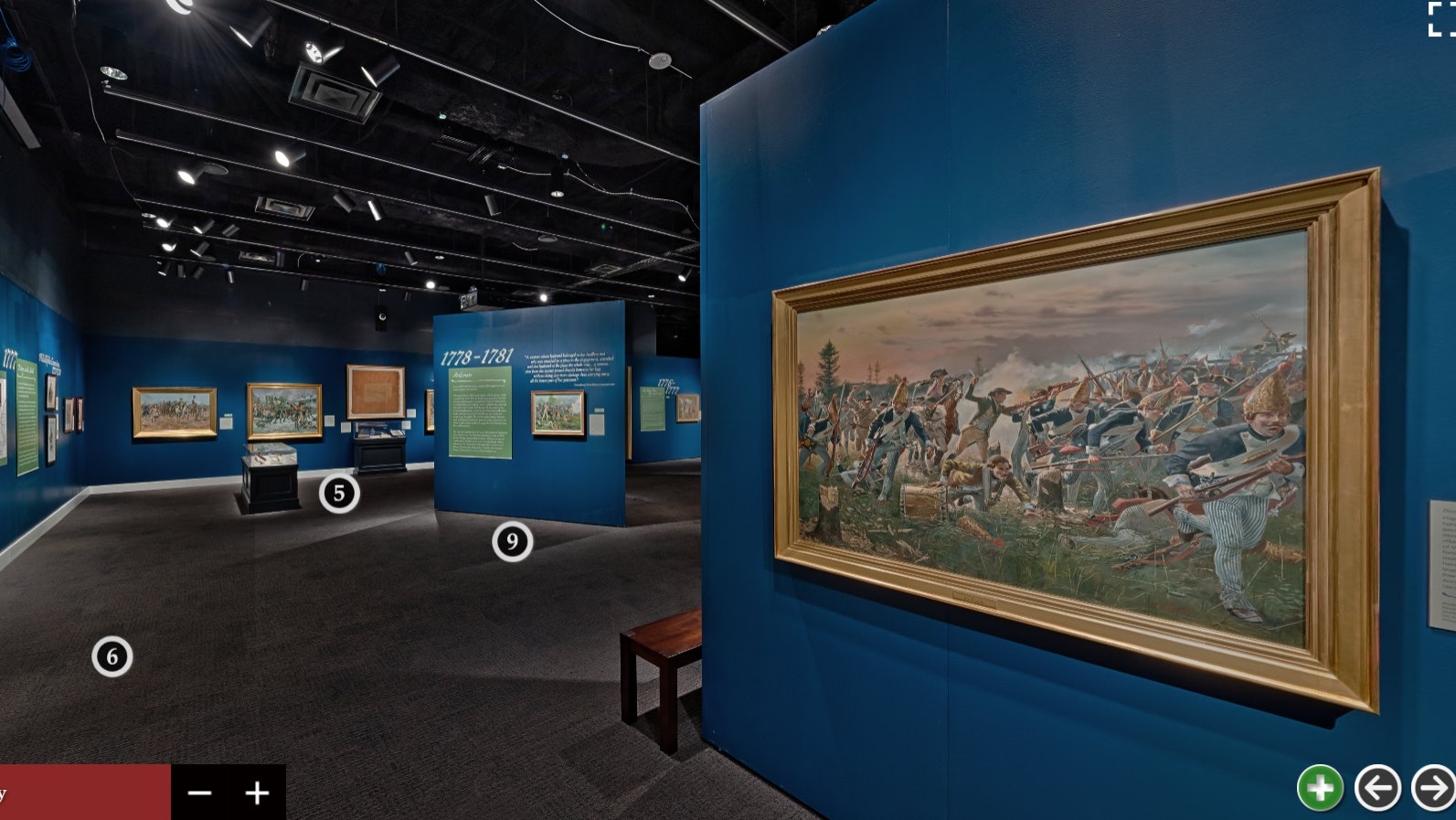 In the virtual tour, viewers can explore paintings that capture the reality and drama of crucial moments from the Revolutionary War, including the 1775 Battle of Bunker Hill, General Washington’s daring 1776 attack on Trenton, the 1777 Battles of Saratoga and Oriskany, and the Franco-American victory at Yorktown in 1781. Based on painstaking research, the paintings capture the drama and reality of life on the march, in camp, and in battle.

Also included is one of Troiani’s latest works, “Brave Men as Ever Fought,” which depicts a pivotal moment in the life of young Black Philadelphian James Forten. The painting was commissioned in 2019 by the Museum with funding provided by the Washington-Rochambeau Revolutionary Route National Historic Trail of the National Park Service.

The Liberty virtual tour features a robust selection of teacher resources for using the virtual tour in the classroom. Resources include modular activities and worksheets, access to primary sources, framing essays, a glossary, and more.

The Museum is currently open daily from 10 a.m. – 5 p.m. with enhanced health and safety protocols. Liberty is on view at the Museum through September 5, 2022, and is included with regular Museum admission. The Liberty virtual tour will remain permanently available.

The Liberty Virtual Tour is sponsored by The Pennsylvania Society of Sons of the Revolution and its Color Guard.