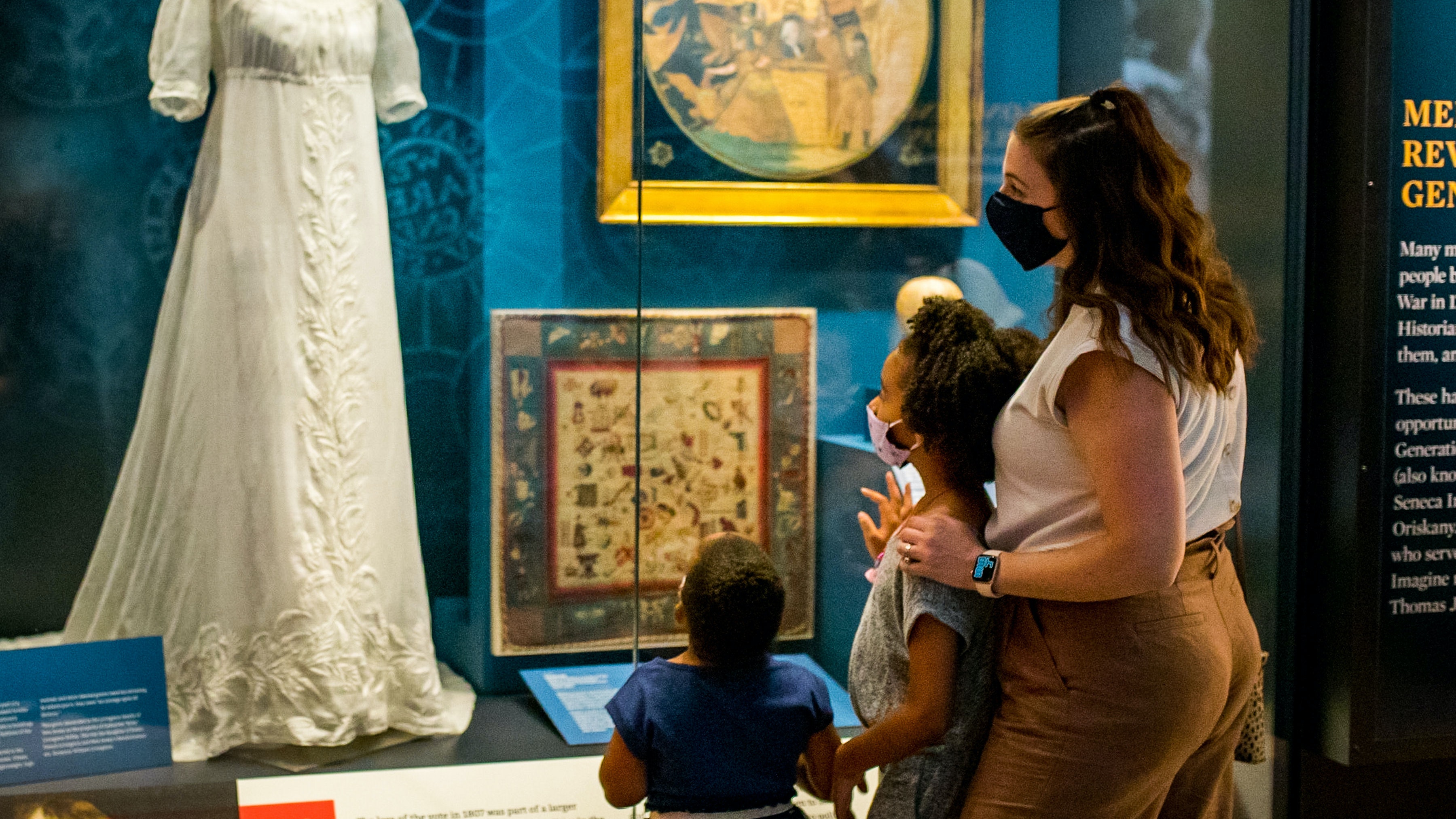 A Virtual Version of the Exhibition Remains Permanently Available Online

The Museum of the American Revolution today announced that it has been recognized with a 2022 Award of Excellence from the American Association for State and Local History (AASLH) for its 2020-2021 special exhibition When Women Lost the Vote: A Revolutionary Story, 1776-1807, which explored the little-known story of women and free people of color legally voting in New Jersey following the Revolutionary War. The Award of Excellence is part of the AASLH Leadership in History Awards, the most prestigious recognition for achievement in the preservation of state and local history.

Millions of American women were granted the right to vote with the ratification of the 19th Amendment, which marked its centennial in 2020. But more than a century earlier, women and free people of color legally held the vote in New Jersey for more than 30 years. Although New Jersey ultimately restricted the vote to propertied white men in 1807, women’s fight for equality did not end there. Rather, that earlier Revolutionary fight became a rallying cry as another generation of women took up the mantle of the suffrage movement decades later. “It is an honor to be recognized by AASLH for the exceptional work of our in-house exhibition team,” said Dr. Philip C. Mead, the Museum’s Chief Historian and Curator, who co-curated the exhibition alongside Dr. Marcela Micucci, the Museum’s then-Curatorial Fellow in Women’s History. “When Women Lost the Vote is a prime example of how the Museum strives to tell ‘the other half’ of the story – those that are lesser-known and often surprising. We are thrilled that the exhibition continues to be available online so that people can delve into the complexities of the American Revolution and the messy history of voting in the new nation.”

This year, AASLH is proud to confer 53 national awards honoring people, projects, exhibits, and publications. The winners represent the best in the field and provide leadership for the future of state and local history.

The AASLH awards program was initiated in 1945 to establish and encourage standards of excellence in the collection, preservation, and interpretation of state and local history throughout the United States. The AASLH Leadership in History Awards not only honor significant achievement in the field of state and local history, but also bring public recognition of the opportunities for small and large organizations, institutions, and programs to make contributions in this arena. For more information about the Leadership in History Awards, contact AASLH at 615.320.3203, or go to www.aaslh.org.

Bank of America and Comcast NBCUniversal were presenting sponsors of When Women Lost the Vote. Other support was provided by The Pennsylvania Department of Community and Economic Development and the National Society Daughters of the American Revolution. The exhibition was also made possible in part by a major grant from the National Endowment for the Humanities: Democracy demands wisdom.

About AASLH
The American Association for State and Local History (AASLH), a national nonprofit association, provides leadership and resources to help the history community thrive and make the past more meaningful for all people. AASLH serves the tens of thousands of history organizations, professionals, and volunteers around the country who help people of all ages develop critical thinking skills and understand how learning history helps society make progress toward justice. Through research, advocacy, and our field-leading professional development program, AASLH advances public history practice and connects history practitioners to critical issues in the field and to one another. For more information about AASLH visit www.aaslh.org.