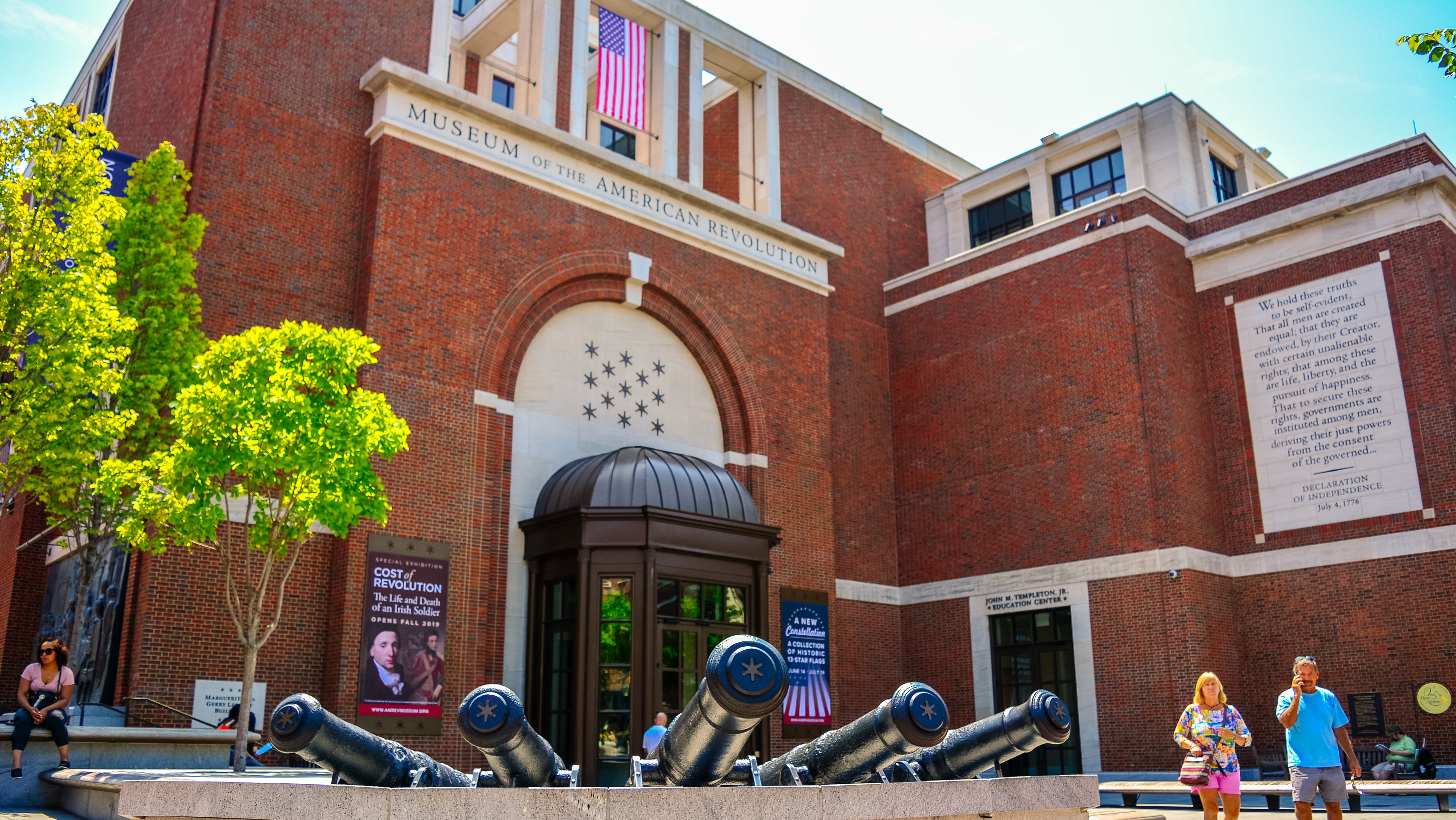 The America 250 Foundation today officially recognized the Museum of the American Revolution’s Flags and Founding Documents, 1776-Today and True Colours Flag Project as expressions of the America 250 vision to inspire the American spirit. America 250 is the multiyear initiative leading to the commemoration of the 250th Anniversary of American independence in 2026.

The Foundation envisions the Museum’s Flags and Founding Documents, 1776-Today and True Colours Flag Project to be among more than 100,000 programs that America 250 will officially recognize over the next six years. Currently, the Foundation is only recognizing programs on a pilot basis as it establishes the policies and processes necessary to support the growing interest in America 250.

Flags and Founding Documents, 1776-Today, a limited-run exhibition running from June 12 – September 6, 2021, will showcase dozens of rare American flags alongside historic early state constitutions and the first printing of the proposed U.S. Constitution of 1787 to shed light on the triumphs and tensions that the United States faced as new states joined the union. The Museum’s True Colours Flag Project will engage visitors with artisan makers recreating flags flown by 18th-century ships at sea during the Revolutionary War. The reconstructed flags will debut on the Museum’s outdoor plaza during Flag Day weekend. Both programs take place as part of the Museum’s full slate of “Revolutionary Summer” programs, events, and activities that will explore the ongoing relevance of the American Revolution.

“America 250 and the Museum of the American Revolution share the same vision of inspiring people from across the country to unite and engage with our founding principles of equality, liberty and democracy, in meaningful ways,” said Dan DiLella, Chairman, U.S. Semiquincentennial Commission and a Museum Board Member. “Flags and Founding Documents, 1776-Today and True Colours Flag Project join a growing number of programs that are bringing America 250 to life.”

“We are thrilled to join with America 250 as we approach 2026 and the commemoration of our nation’s 250th anniversary,” said Dr. R. Scott Stephenson, President and CEO. “We hope to inspire our fellow citizens, and particularly our rising generations of young people, to ensure that the promise of the American Revolution endures.”

Officially known as the United States Semiquincentennial, “America 250” will be the most expansive and inclusive milestone in our nation’s history. During the official commemorative period beginning in 2020, culminating on July 4, 2026, and extending through 2027, America 250 is a unique opportunity to engage nearly 350 million Americans and millions more friends worldwide through programs, educational outreach, and signature events. More information about the Commission’s vision and approach to programming can be found in Inspiring the American Spirit, its report submitted to the President on December 31, 2019.

Flags and Founding Documents, 1776-Today was made possible by a grant from the National Endowment for the Humanities: Democracy demands wisdom. Additional sponsorship is provided by The Color Guard of the Pennsylvania Society of Sons of the Revolution.

About the U.S. Semiquincentennial Commission and America 250 Foundation
The U.S. Semiquincentennial Commission and its nonprofit partner, the America 250 Foundation, are tasked with planning and orchestrating the 250th anniversary of the United States of America. The organizations work collaboratively with public and private entities across the country to make America 250 the largest and most inclusive commemoration in our nation’s history. For more information, visit www.america250.org and follow us on Facebook, Twitter and Instagram.