Program Aims to Elevate Black Stories of the Revolutionary Era

The Museum of the American Revolution today announced the launch of a new African American Interpretive Program, funded by a grant from Comcast NBCUniversal. The program is part of the Museum’s Diversify Living History Initiative, which began in 2018 to cultivate and support a more diverse community of people engaged in the work of costumed living history and museum education.

The African American Interpretive Program will significantly expand the Museum’s capacity to develop and deliver programs that explore the lives, experiences, and impact of Revolutionary-era people of African descent. The program includes a two-year fellowship position, which was recently filled by educator Michael Idriss.

“We are committed to lifting up stories that have often gone untold, with the conviction that inclusive history is the most accurate history,” said Dr. R. Scott Stephenson, President and CEO of the Museum. “The African American Interpretive Program strengthens our ability to do this important work, and we are incredibly grateful to Comcast NBCUniversal for this support.”

Comcast NBCUniversal recognizes the legacy and impact Black people have and continue to play in shaping the culture and history of the United States. The company last summer announced an expanded Diversity, Equity and Inclusion commitment to fight the injustice and inequality against any race, ethnicity, gender, sexual orientation, or ability.

“We’re honored to support the African American Interpretive Program and help elevate forgotten voices, including people of African descent who fought to win our nation’s independence,” said Brig. Gen. (Ret.) Carol Eggert, Senior Vice President of Military and Veteran Affairs at Comcast NBCUniversal. “We’re excited to see the program inspire others and make our communities stronger through learning and understanding.” 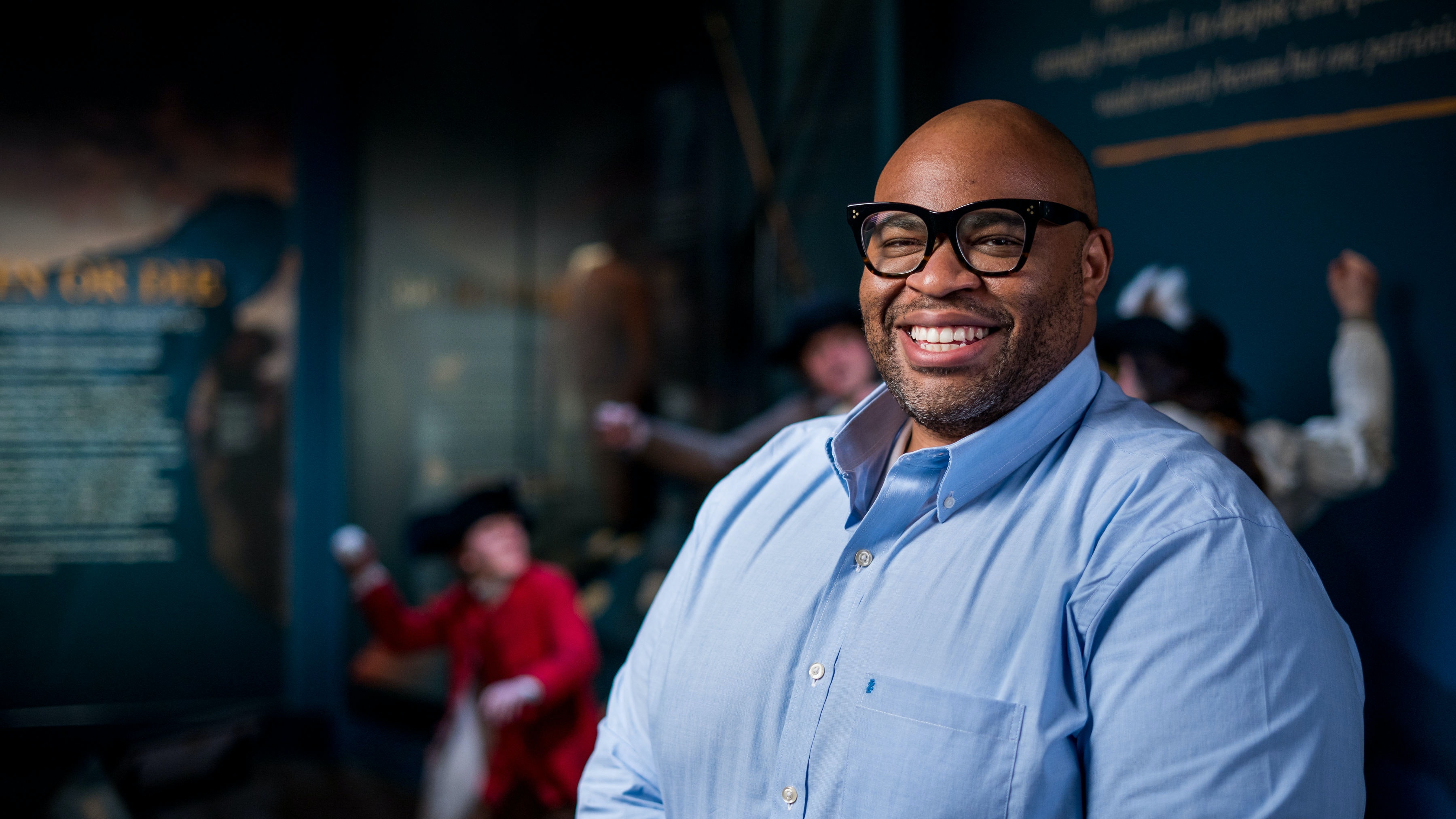 As Interpretive Fellow for the African American Interpretive Program, Michael Idriss will oversee the next phase of the Diversify Living History Initiative, which is focused on African American interpretation. This will include the development of programming related to the Museum’s 2021-2022 special exhibition Liberty: Don Troiani’s Paintings of the Revolutionary War, and the creation of a new first-person theatrical performance based on the life and experiences of James Forten (1766-1842), a free Black Revolutionary sailor and Philadelphian.

Idriss also will help manage the Museum’s Meet the Revolution Interpreters-in-Residence fellowship program, which includes costumed interpreters portraying and discussing people of color. He will support a summer living history institute for teens and young adults to introduce them to professional museum work, historical research and writing, and costumed living history, to be held in Summer 2022, as part of the Museum’s wider interpretive and living history programming.

Prior to this position, Idriss served as a Visitor Engagement Associate at the Museum. He also has worked as a tour guide in Philadelphia, leading cultural and historical experiences centered around the stories of the African Diaspora. Idriss earned a bachelor’s degree in history with a minor in African American Studies/Africology from Temple University.

About Comcast Corporation
Comcast Corporation (Nasdaq: CMCSA) is a global media and technology company that connects people to moments that matter. We are principally focused on broadband, aggregation, and streaming with over 56 million customer relationships across the United States and Europe. We deliver broadband, wireless, and video through our Xfinity, Comcast Business, and Sky brands; create, distribute, and stream leading entertainment, sports, and news through Universal Filmed Entertainment Group, Universal Studio Group, Sky Studios, the NBC and Telemundo broadcast networks, Peacock, NBC News, NBC Sports, Sky News, and Sky Sports; and provide memorable experiences at Universal Parks and Resorts in the United States and Asia.