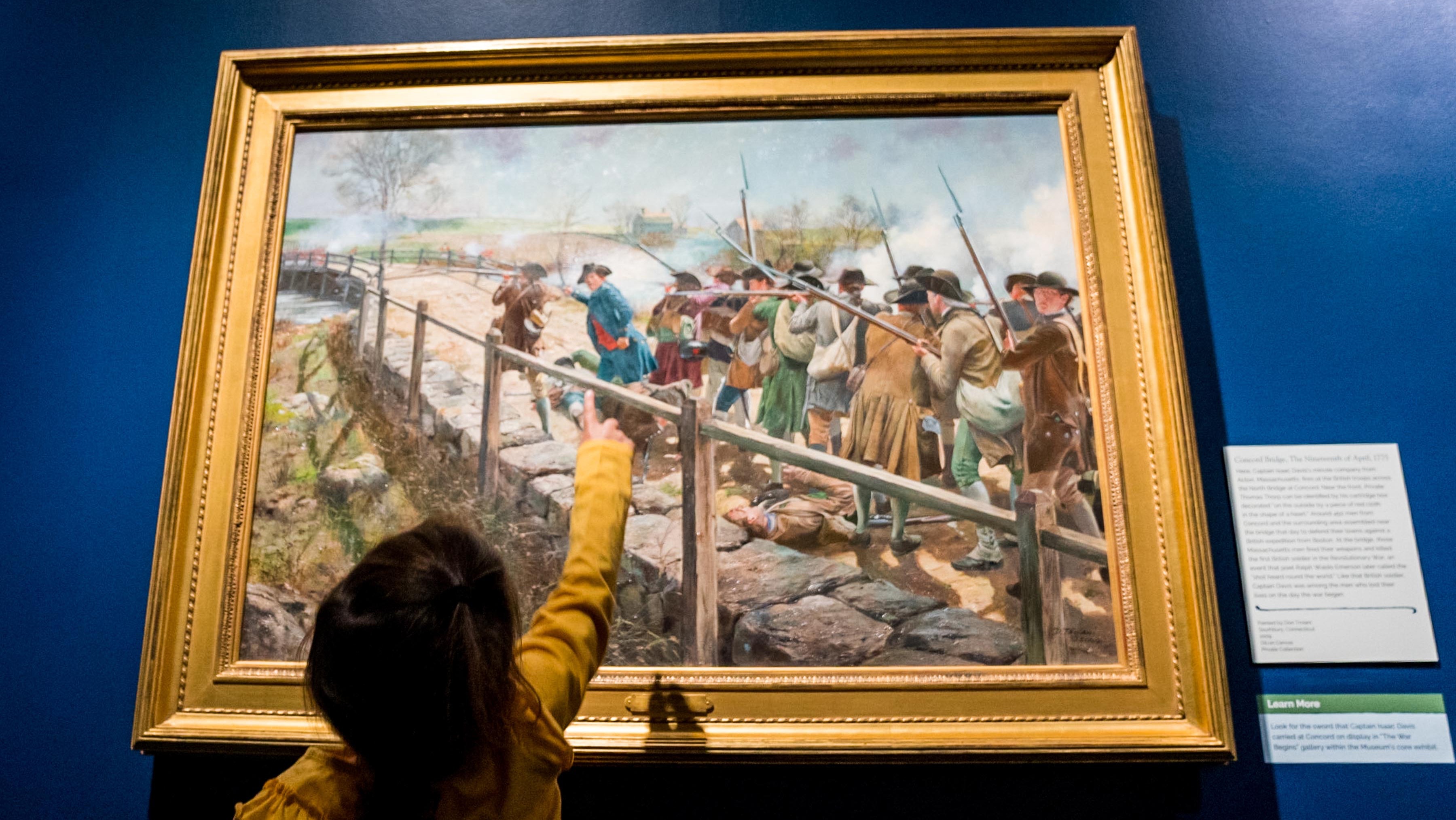 A painting in the special exhibition "Liberty" shows the Old North Bridge where the first shots of the Revolutionary War were fired.

The Museum of the American Revolution is celebrating five years of making history! Join us as we mark our fifth anniversary with a naturalization ceremony, Quizzo, a selfie station, giveaways, and more from Tuesday, April 19 – Sunday, April 24, 2022, during our Revolutionary Spring Break. 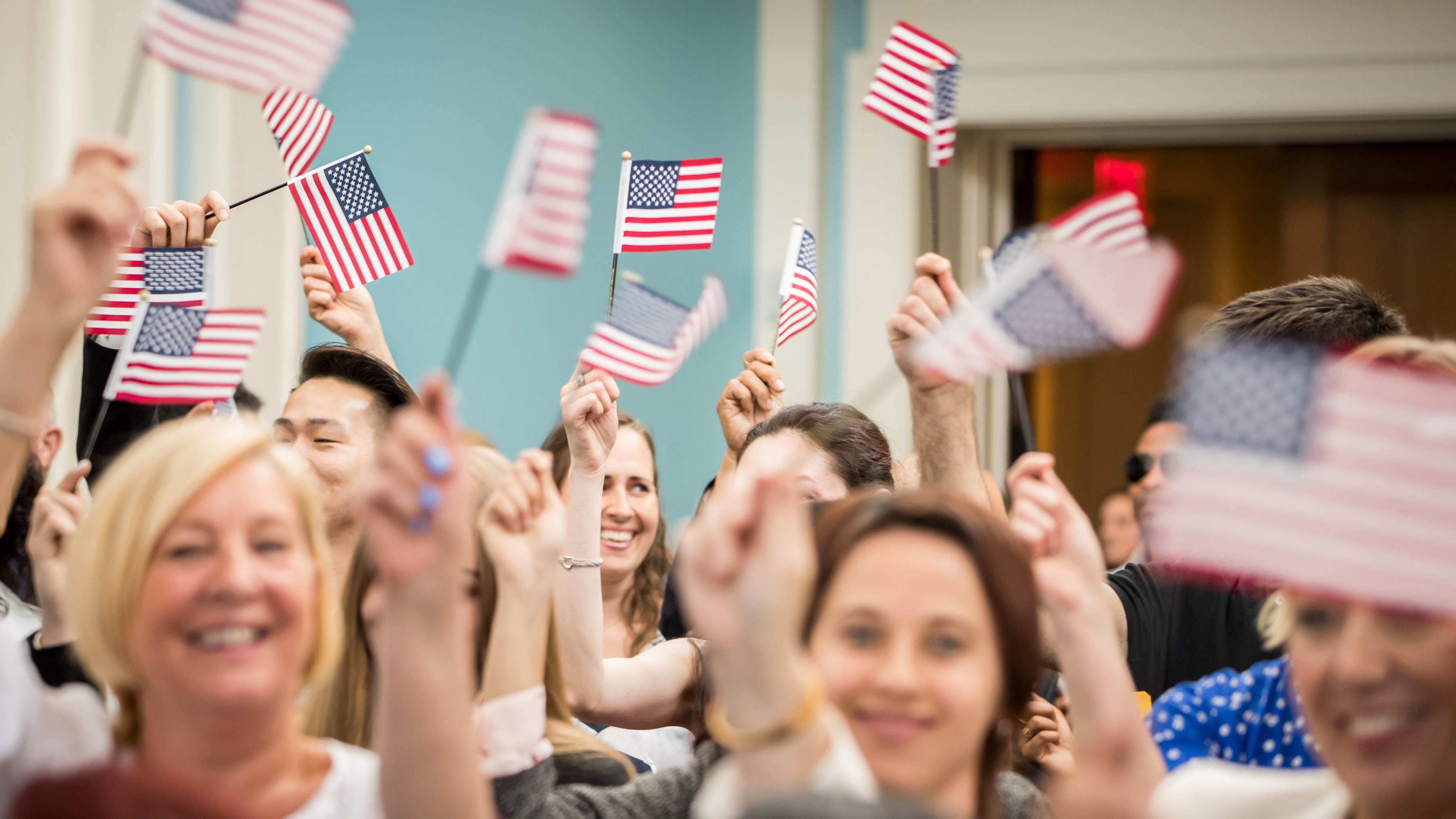 We will welcome new citizens at a naturalization ceremony on April 19. A gallery dedicated to the Battles of Lexington and Concord explores the "shot heard round the world" that ignited the Revolutionary War on April 19, 1775.