Author and historian Colin G. Calloway will discuss his new book The Indian World of George Washington: The First President, the First Americans, and the Birth of the Nation (2018), which was recently announced as a finalist for the 2018 National Book Awards, at the Museum of the American Revolution on Thursday, November 29, 2018, at 6 p.m. The event is part of the Museum’s popular Read the Revolution Speaker Series. 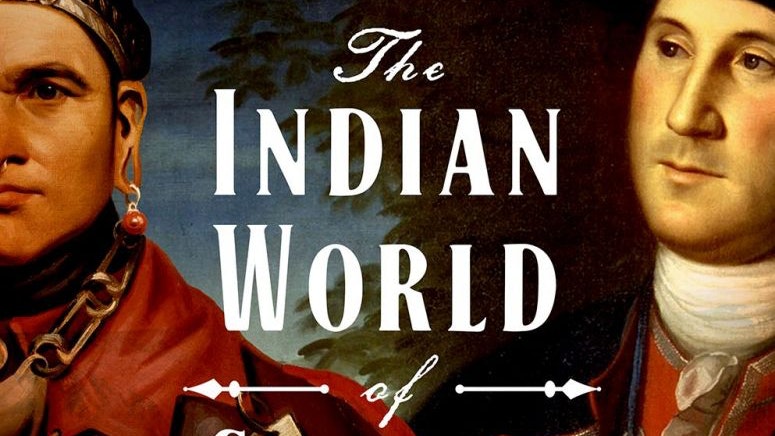 “For more than 30 years, Colin Calloway has been a leader in the effort to tell a more inclusive story about the founding of the United States,” said Dr. R. Scott Stephenson, President and CEO. “It is particularly gratifying to have him speak here at the Museum where we are deeply committed to lifting up the lesser known stories in our nation’s history.”

With The Indian World of George Washington, Calloway, a recognized authority on Native American studies in the Revolutionary era, provides the first major biography of Washington to fully illuminate his relationship with Native Americans. He uses the prism of Washington's life to bring focus to the great Native leaders of his time—Shingas, Tanaghrisson, Bloody Fellow, Joseph Brant, Red Jacket, Little Turtle—and the tribes they represented: the Iroquois Confederacy, Lenape, Miami, and Creek. In the process, Calloway returns them to their rightful place in the story of America's founding. He invites readers to look again at the history of America's beginnings and see the country in a whole new light.

Colin G. Calloway is John Kimball, Jr. 1943 Professor of History and Professor of Native American Studies at Dartmouth College. His previous books include Pen and Ink Witchcraft: Treaties and Treaty Making in American Indian History (2013) and The Victory with No Name: The Native American Defeat of the First American Army (2015). He received his Ph.D. from the University of Leeds in England in 1978.

The Museum’s Read the Revolution Speaker Series brings celebrated authors and historians to the Museum for lively discussions of their work. The inaugural 2017-18 season of the series was completely sold out. The series is based on the Museum’s national Read the Revolution bi-monthly e-newsletter, which has nearly 50,000 subscribers and features excerpts from thought-provoking books to inspire learning about the American Revolution.

Other events in the series include:

Tickets are $15 for Museum members, $20 for non-members, and $10 for students (does not include Museum admission). For more information and to purchase tickets, click here.