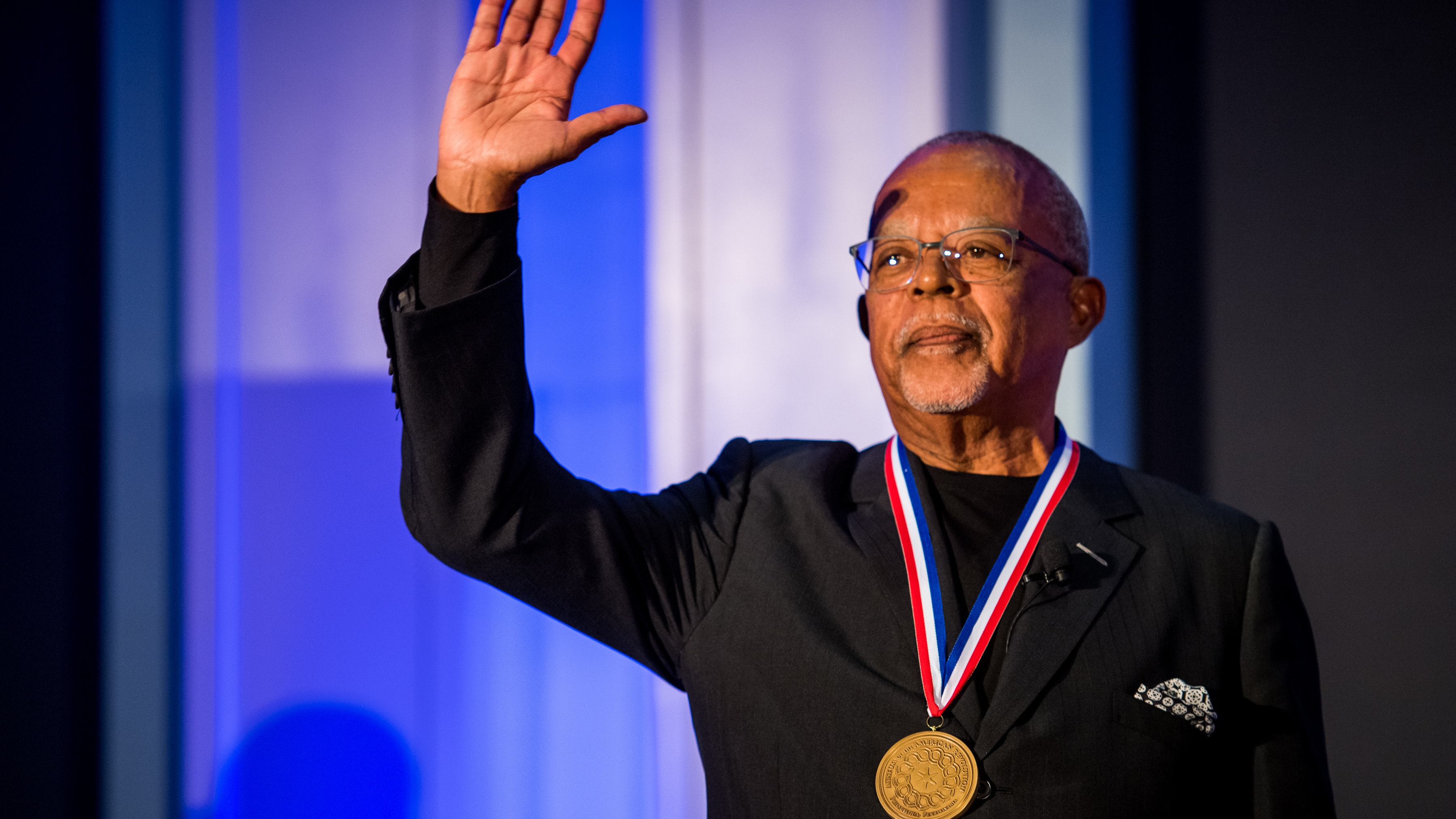 Gates serves as the Alphonse Fletcher University Professor and Director of the Hutchins Center for African & African American Research at Harvard University, and as the host of the groundbreaking PBS genealogy series “Finding Your Roots.”

“This Museum makes my heart sing,” Gates said, in his acceptance remarks. “The story of the founding, this great republic, was truly a multicultural event and that aspect has not been told – it has been hidden – but it is brought to life in this Museum. This is one of the great honors of my career.” Prior to receiving the award, Gates engaged in an onstage conversation with Museum President and CEO Dr. R. Scott Stephenson about discovering his own family history and how that has inspired his work. Stephenson announced that Gates will serve as honorary co-chair, along with Harvard University’s Dr. Danielle Allen (author of Our Declaration), on the advisory committee that will support and promote the Museum’s upcoming special exhibition Black Founders: The Forten Family of Philadelphia, opening in February 2023.

New this year, Governor Edward G. Rendell was presented with the inaugural Chairman’s Award by the Museum’s Board Chair Morris W. Offit. The award recognizes extraordinary volunteer leadership in advancing the Museum’s mission and vision.

Since the Museum’s earliest days, Rendell has been a tireless advocate and supporter of the project, playing a leading role in securing its permanent location in Old City Philadelphia and chairing the successful capital campaign that exceeded its $150 million goal by nearly $25 million. A Museum Board Member since 2013, Rendell remains actively committed to advancing the Museum’s influence and impact. 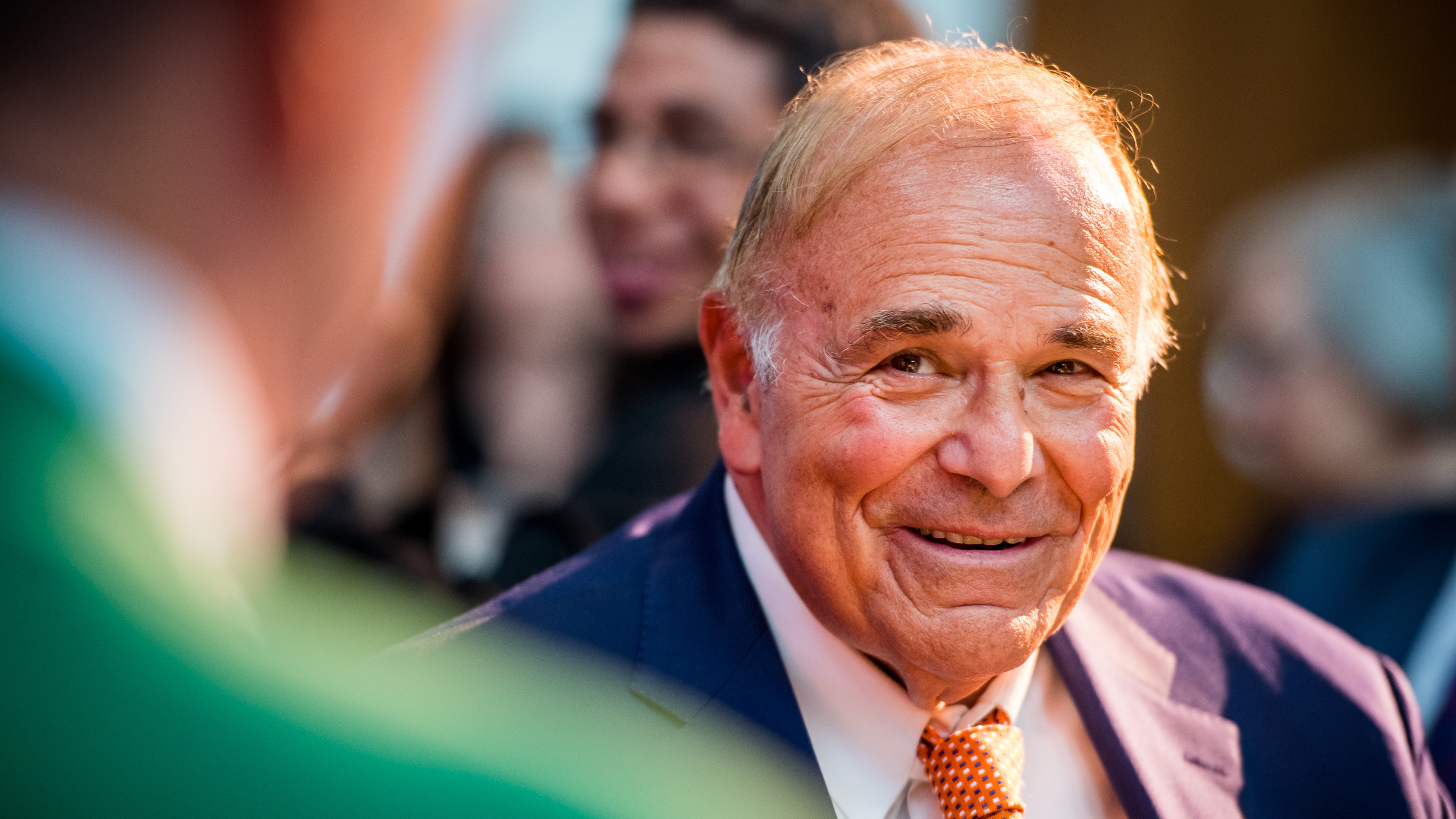 Proceeds from the event benefit the Museum’s educational mission to uncover and share compelling stories about the diverse people and complex events that sparked the American Revolution.

About the Lenfest Award
The Lenfest Award was created and endowed in 2016 by the Museum’s late Founding Chairman H.F. (Gerry) Lenfest to honor individuals who advance public awareness and understanding of history and its relevance in the ongoing American experiment. The Lenfest Award is presented on a semi-regular basis and may be given to an individual or to an organization active in a broad range of fields such as history, education, filmmaking, writing, media, and philanthropy. The Museum previously presented the award to CNN Chief International Anchor Christiane Amanpour and President and CEO of New-York Historical Society Dr. Louise Mirrer, documentary filmmaker Ken Burns, and Pulitzer Prize-winning author David McCullough. The award is accompanied by a $25,000 prize.

About Henry Louis Gates Jr.
Award-winning filmmaker, literary scholar, journalist, cultural critic, and “institution builder” (The New Yorker), Henry Louis Gates Jr. hosts the groundbreaking genealogy and genetics series, “Finding Your Roots,” now in its eighth season on PBS. His most recent books are Stony the Road: Reconstruction, White Supremacy, and the Rise of Jim Crow and The Black Church: This Is Our Story, This Is Our Song. His other publications include Who Is Black and Why?: A Hidden Chapter from the Eighteenth-Century Invention of Race, The Trials of Phillis Wheatley: America's First Black Poet and Her Encounters with the Founding Fathers, Colored People, Thirteen Ways of Looking at a Black Man, In Search of Our Roots, and the American Book Award-winning The Signifying Monkey.

Gates has created more than 20 documentary films, most recently “The Black Church” on PBS and “Frederick Douglass: In Five Speeches” for HBO. In 2013, Gates's critically acclaimed six-part PBS documentary series, The African Americans: Many Rivers to Cross, traced 500 years of African American history to the second inauguration of President Barack Obama. Gates wrote, executive produced, and hosted the series, which earned the 2013 Emmy, duPont, Peabody, and NAACP Image Awards. His 2016 PBS film, Reconstruction: America After the Civil War, was also recognized with a duPont Award. In 2006, Gates was inducted into the Sons of the American Revolution after tracing his lineage to John Redman, a free African American who fought in the Revolutionary War.

A former chair of the Pulitzer Prize board, he is a member of the American Academy of Arts and Letters and serves on a wide array of boards, including the New York Public Library, the NAACP Legal Defense Fund, the Aspen Institute, the Whitney Museum of American Art, Library of America, and The Studio Museum of Harlem. In 2011, his portrait, by Yuqi Wang, was hung in the National Portrait Gallery in Washington, D.C. He is a member of the Phi Beta Kappa honor society.