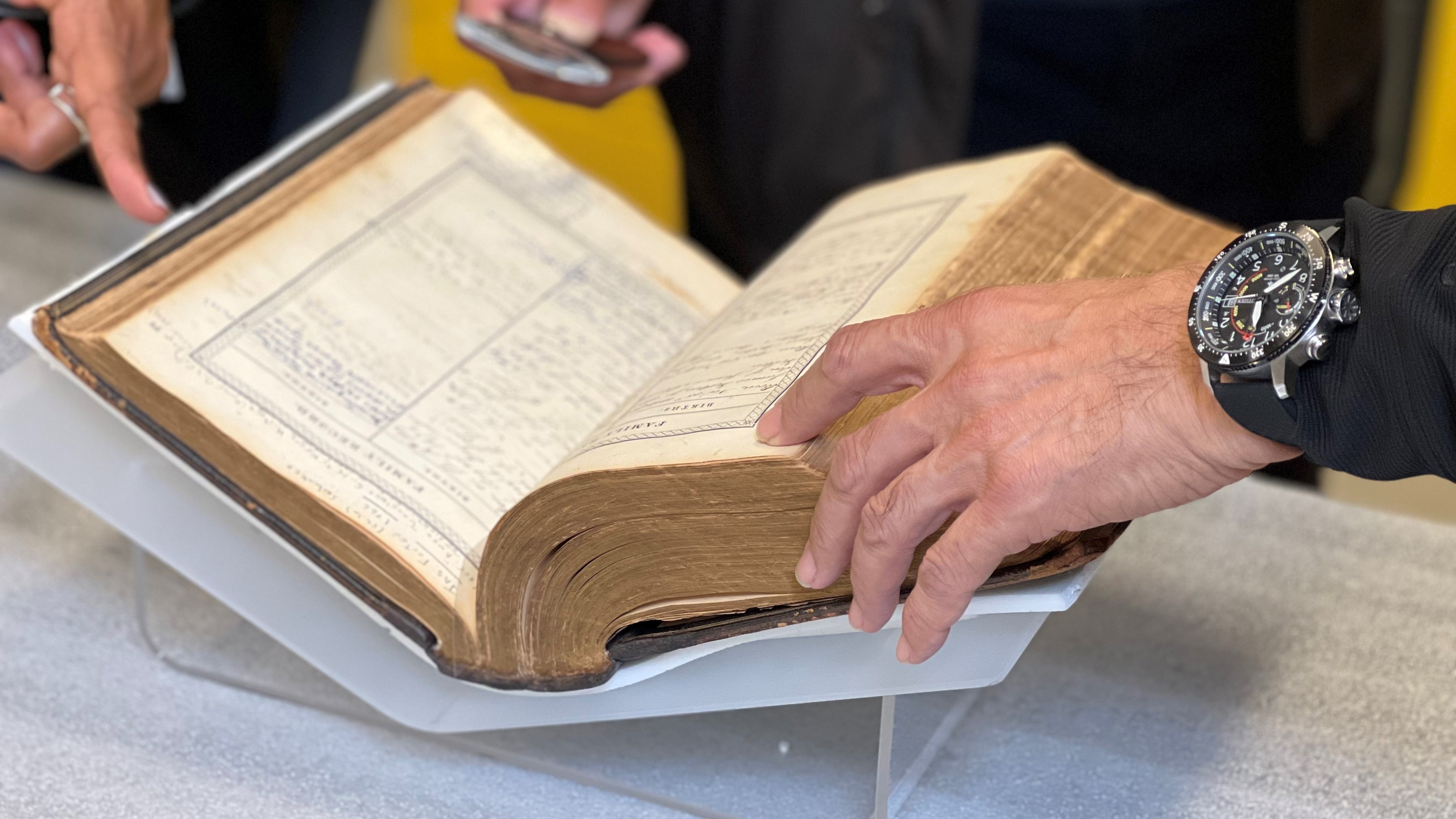 “James Forten is not the most well-known of Revolutionary War-era patriots, but his story is an essential American story.” – The Philadelphia Inquirer

A groundbreaking new special exhibition, Black Founders: The Forten Family of Philadelphia, will bring together – for the first time in a major museum exhibition – more than 100 historical artifacts to tell the inspiring story of free Black Philadelphian James Forten and his family’s tireless pursuit of liberty and equality from the Revolutionary era through the Civil War and Reconstruction. The exhibition will be on view exclusively at the Museum of the American Revolution in Philadelphia from February 11, 2023, through November 26, 2023, and is included with regular Museum admission.

James Forten (1766-1842) was born free in Philadelphia – just a block from where the Museum now stands – and heard the words of the Declaration of Independence read aloud for the first time on July 8, 1776. Of the more than 500,000 people of African descent living in the United States at the time, more than 90 percent were enslaved; James Forten was part of a small but growing population of free people of African descent.

At just 14 years of age, Forten joined a privateer ship to fight for American independence during the Revolutionary War. He was captured and held captive on a British prison ship for seven long months before being freed during a prisoner exchange. He later became a successful business owner, philanthropist, and abolitionist, and raised a large family with his wife Charlotte Vandine Forten.

Using objects, documents, and immersive environments, Black Founders will explore the Forten family’s roles in the Revolutionary War, business in Philadelphia, and the abolitionist movement from 1776 to 1876, including helping to start both the American Anti-Slavery Society and the Philadelphia Female Anti-Slavery Society in 1833. During those 100 years, the family also took an active role in defending voting rights and civil liberties for African Americans. The exhibit will focus on three generations of the Forten family, from James Forten and Charlotte Vandine Forten to their children and grandchildren, who supported the Union cause during the American Civil War.

Created by the Museum’s in-house curatorial team, the exhibition will feature over 100 historical artifacts, works of art, and documents from nearly 40 lenders and the Museum’s own collection. Rare historical objects on loan from descendants of the Forten family will be on view for the very first time in a public exhibit.

“James Forten embodied so many characteristics we admire as Americans— he was brave and entrepreneurial; he persevered through great adversity, prejudice, and loss; and he was dedicated to family, community, and nation,” said Dr. R. Scott Stephenson, Museum President and CEO. “He was well known and admired by his fellow Philadelphians, but he is not as widely remembered today as he should be. We are thrilled to introduce a broader audience to the story of James Forten and his remarkable family, who worked tirelessly to ensure that all people could enjoy the Revolution’s promises of liberty, equality, and a role in their own governance.”

The exhibit also will feature videos, audio experiences, and tactile interactives, including a partial recreation of James Forten’s sailmaking workshop that visitors can step inside to discover replica tools and a workbench like those used by Forten. Visitors will encounter a scale model of the Royal Louis, the privateer ship that Forten served aboard in 1781, as well as a touchable cannon from the 1700s. Visitors of all ages will be able to try on clothing like that worn by 18th-century sailors, similar to what James Forten wore as a teenaged sailor during the Revolutionary War.

At a listening station, visitors will hear the music of Francis Johnson, James Forten’s friend and the first African American composer to publish his compositions. The music is performed by pianist Steven Page, multi-instrumentalist B.E. Farrow, vocalist Candace Potts of the Jeremy Winston Chorale, and the Chestnut Brass Company, and includes “The Grave of a Slave,” a poem written by James Forten’s daughter Sarah Louisa Forten that Francis Johnson set to music. 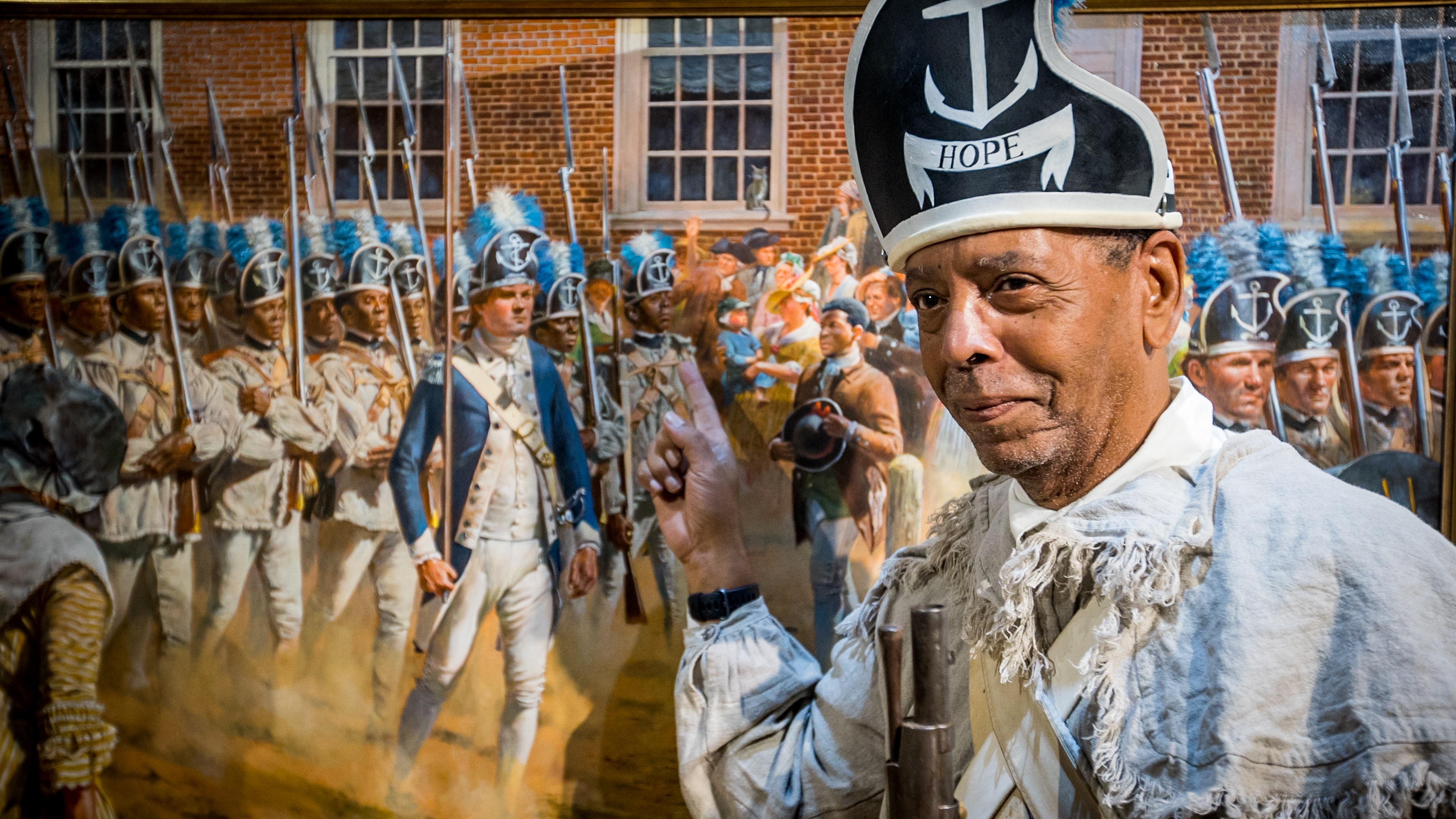 Algernon Ward points to himself in the "Brave Men as Ever Fought" painting by Don Troiani.

Also featured in the exhibition will be a recent painting, titled “Brave Men as Ever Fought,” by nationally renowned historical artist Don Troiani, which depicts a 15-year-old James Forten looking on as Black and Native American troops in the ranks of the Continental Army’s Rhode Island Regiment marched west through Philadelphia on September 2, 1781. The painting was commissioned by the Museum with funding provided by the Washington-Rochambeau Revolutionary Route National Historic Trail of the National Park Service.

A raised tactile version of the “Brave Men as Ever Fought” painting will be available for use by guests who are blind or low vision, created and donated by Clovernook Center for the Blind & Visually Impaired. Black Founders will be open daily from 11 a.m. – 5 p.m. The 5,000 square-foot exhibition will be located in the Museum’s first-floor Patriots Gallery. Access to the exhibition is included with regular Museum admission. Tickets can be purchased at AmRevMuseum.org, by calling 215.253.6731, or at the front desk. Children ages 5 and under are free. All tickets are valid for two consecutive days. Group tickets for parties of 15 or more are available for a reduced price by calling 267.579.3623. Memberships are also available online or by calling 215.454.2030.