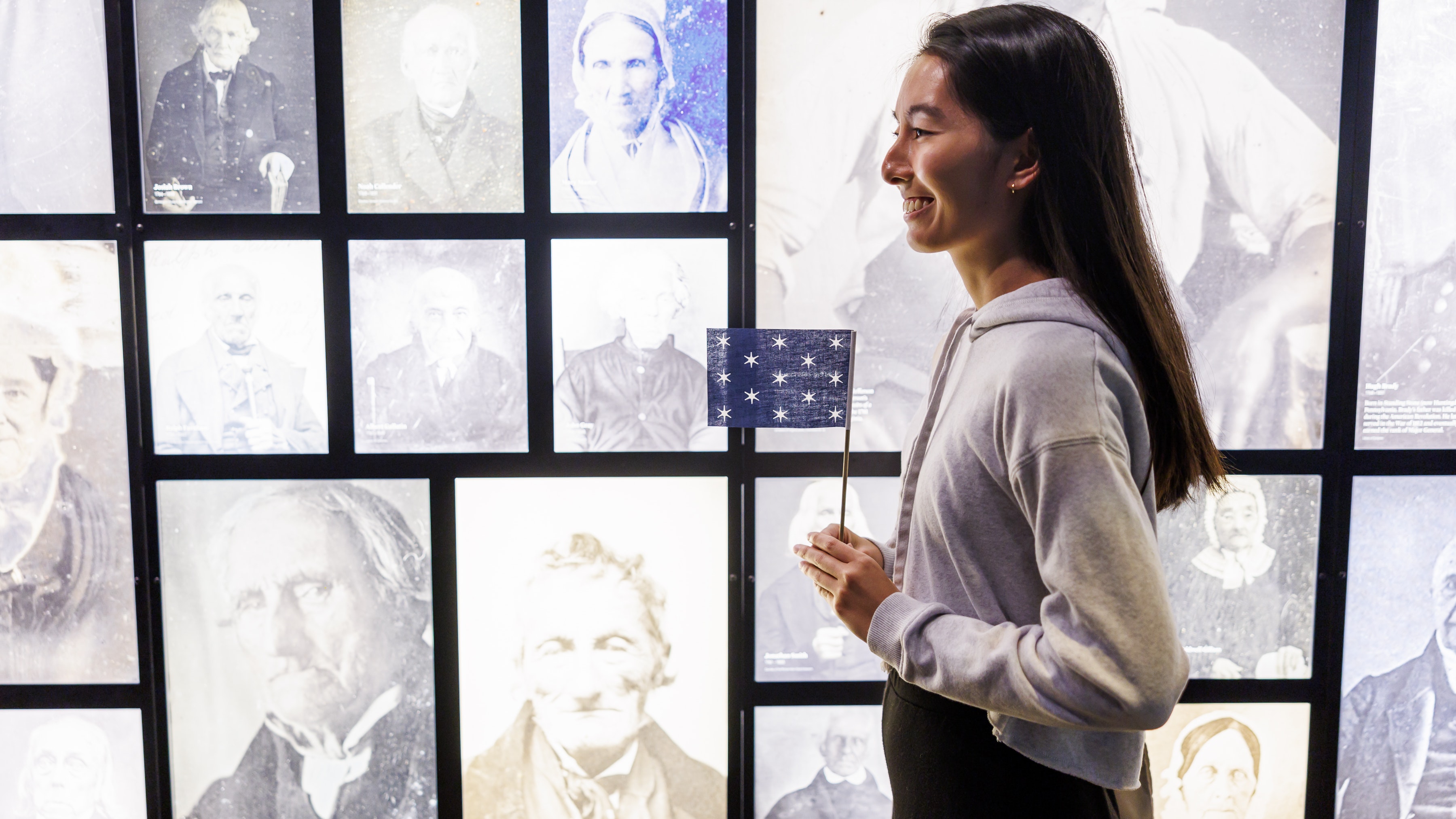 Patriotic Performance by The Philly POPS Festival Brass on Nov. 11

This Veterans Day Weekend from Friday, November 11 – Sunday, November 13, 2022, the Museum of the American Revolution will pay tribute to America’s first veterans as well as the men and women who continue to serve our nation today. Throughout the weekend, the Museum will offer free admission to veterans, those currently serving in the military, and Blue Star Families, courtesy of Comcast NBCUniversal. The weekend includes a musical performance, walking tours, and family-friendly activities.

On Veterans Day, Friday, November 11, at 11 a.m., on the Museum's outdoor plaza (weather permitting), The Philly POPS Festival Brass quintet will perform patriotic songs as part of their Salute Series, which encourages recognition of service and commitment. A student color guard from the Philadelphia Military Academy will perform a ceremonial presentation of the colors, followed by a moment of recognition for those who have served and sacrificed for the freedoms we enjoy today. The performance is free and open to the public. The Philly POPS Festival Brass performance is free and open to the public. All other Veterans Day Weekend activities are included with regular Museum admission. Tickets to the Museum can be purchased by calling 215.253.6731, at AmRevMuseum.org, or at the front desk. Free admission for veterans, those currently serving in the military, and Blue Star Families is available at the front desk with ID. The Museum is open to the public daily from 10 a.m. – 5 p.m.

Veterans Day Weekend at the Museum is sponsored by Comcast NBCUniversal.

About The Philly POPS
The Philly POPS, the largest standalone pops orchestra in the United States, delights audiences with the inspired performance of American popular music. The POPS celebrates this distinctive musical heritage through an expanding repertoire of innovative concert performances and a robust set of educational and engagement initiatives. As the official POPS orchestra of Pennsylvania and the City of Philadelphia’s partner in civic celebration, The Philly POPS serves a consistently growing audience of over 900,000 annually. Music Director and Principal Conductor David Charles Abell and the Philly POPS orchestra keep listeners tapping their toes to an impressive repertoire of songs from American traditional music up through to today’s chart-toppers. In addition to Subscription Series performances at The Kimmel Cultural Campus, The Philly POPS presents innovative programming with contemporary artists at the Met Philadelphia in The Philly POPS at the Met Philadelphia series. Outside the concert hall, free Salute Series performances – including Memorial Salute, July 3 POPS on Independence, July 4 POPS on the Parkway and the I’ll Be Home for Christmas: A Salute to the Military and First Responders concert – celebrate the American tradition of service around important national holidays. POPS in Schools enhances music education for 3,000 Philadelphia School District students; and POPS Outside brings POPS music to local communities. The Philly POPS performs as a founding resident company of The Kimmel Cultural Campus, as the Principal Orchestra of the Met Philadelphia, and at venues throughout the mid-Atlantic region.