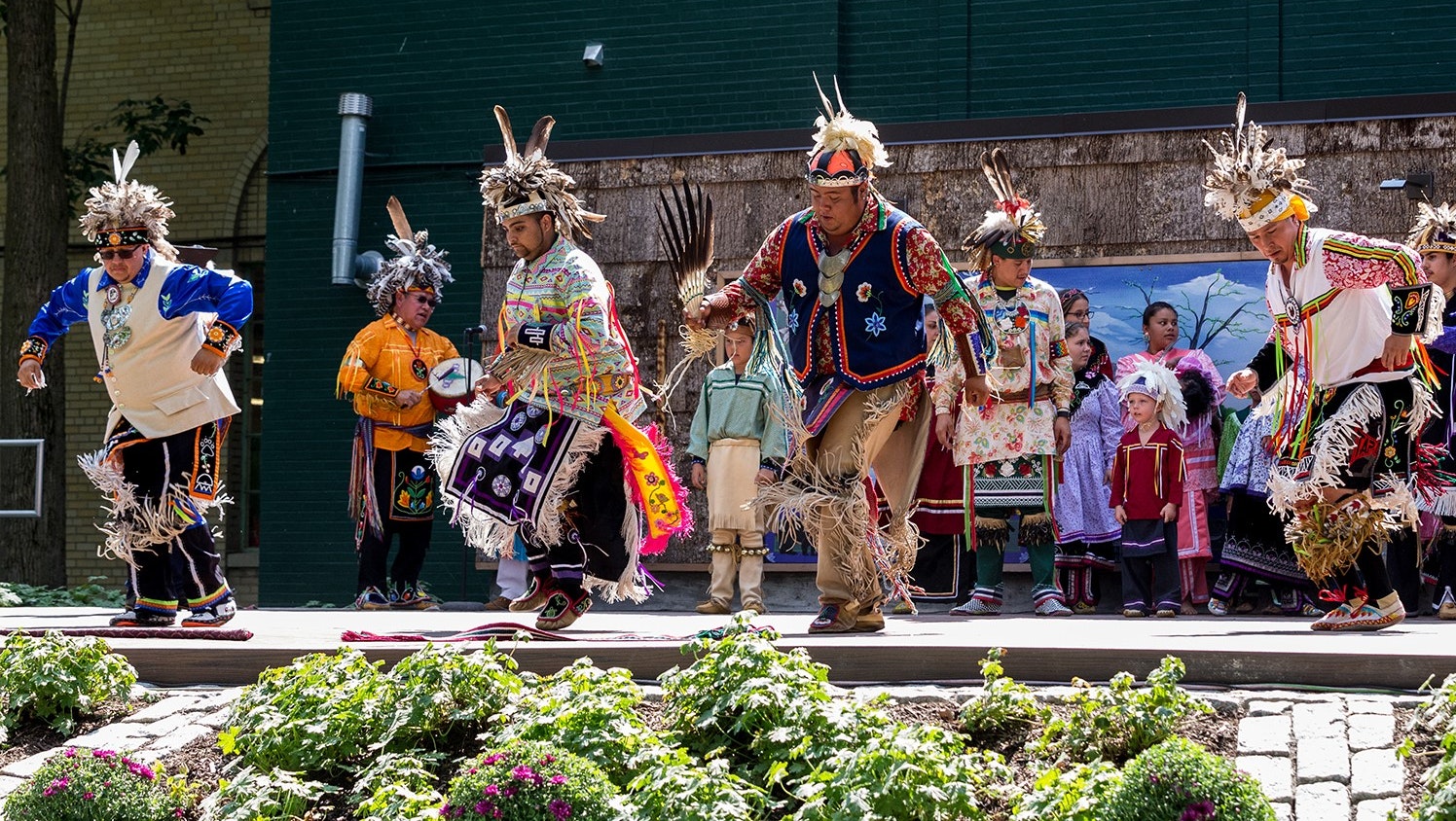 On Saturday at 11 a.m. and 2 p.m., a contingent of indigenous dancers sponsored by the Oneida Indian Nation will perform traditional Haudenosaunee (Iroquois) social dances on the Museum’s outdoor plaza. Performances are free and open to the public. (Please note: These performances will be moved indoors in the event of rain but will still be free to the public.)

On Saturday and Sunday from 11 a.m. - 4 p.m., visitors can meet living history interpreters Kehala Smith (Tuscarora Nation, Turtle Clan) and Jordan Smith (Mohawk, Bear Clan) as part of our Meet the Revolution series, who will share stories about their culture, costuming, and traditions, and engage guests in conversation about the past, present, and future of their people. They also will demonstrate and display culturally meaningful objects and materials, including woven baskets, slippery elm bark, and wampum belts.

Other Indigenous Peoples Weekend activities include: The Oneida Nation dance performances are free and open to the public. All other Indigenous Peoples Weekend activities are included with regular Museum admission. Tickets to the Museum can be purchased by calling 215.253.6731, at amrevmuseum.org, or at the front desk. Kids 5 and under are always free. Tickets are valid for two consecutive days. The Museum is open to the public daily from 10 a.m. – 5 p.m.