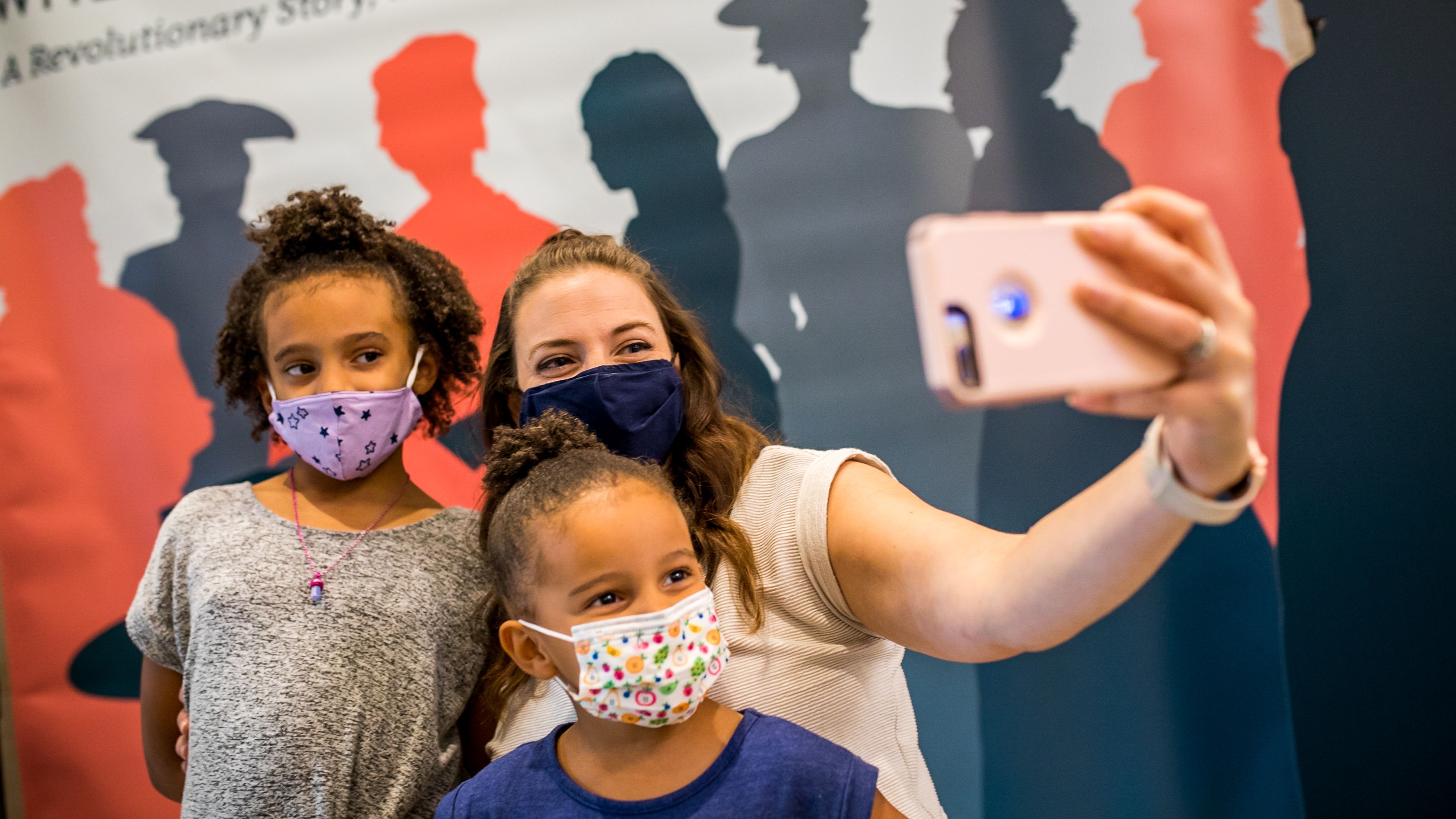 In March of 1776, Abigail Adams made perhaps the most famous statement in defense of women’s rights of the American Revolutionary era. In a letter to her husband John, she implored him to “Remember the Ladies” when declaring the emerging republic’s independence. That original letter, which marks its 245th anniversary this year, is just one of many powerful artifacts and stories related to women’s history on view in our clean, crowd-free galleries during Women’s History Month.

On March 25, contemporary composer Dr. Melissa Dunphy will premiere a choral work inspired by Adams’s now-famous letter, in partnership with PhilHarmonia, as part of the Museum’s month-long celebration. The celebration also includes an author talk, an artisan workshop, and two new films that bring to life the diverse perspectives of women who powered the Revolution.

When Women Lost the Vote: A Revolutionary Story, 1776-1807 (Onsite and Virtual)
On View Through April 25
The Museum’s current special exhibition explores the little-known stories of the nation’s first women voters and examines how and why this right was stripped away in 1807. The exhibit features more than 65 original objects including textiles, manuscripts, and works of art, such as Adams’s “Remember the Ladies” letter, which is on loan to the Museum from the Massachusetts Historical Society; the short gown of free Black woman Elizabeth “Betty” Dorn; and the wedding gown of Deborah Sampson, who disguised herself as a man to fight in the Continental Army. Interwoven into the Museum’s core galleries and connected with a free audio tour, the exhibit is included with regular Museum admission. It is also now available as a robust, free online experience.

Daily First-Person Film Screenings (Onsite and Virtual)
In conjunction with When Women Lost the Vote, the Museum has launched two new 25-minute filmed theatrical performances written and performed by women. The films are based on the lives of Elizabeth “Mumbet” Freeman, a Massachusetts woman who sued for freedom from enslavement and won; and Rebecca VanDike, an early voter in Revolutionary-era New Jersey. On our website, watch a behind-the-scenes look at the making of the performances with the actresses, writers, and Museum staff. The films are screened daily at the Museum and are always available online.

Read the Revolution Speaker Series with Dr. Cassandra Good (Virtual)
Tuesday, March 9, 2021 from 6 – 7:15 p.m.
Join author and historian Dr. Cassandra A. Good as she shines a light on the men and women who took risks to form friendships with each other during the Revolutionary era in a discussion on her book, Founding Friendships: Friendships Between Men and Women in the Early American Republic. In this virtual presentation, Good will explore how individuals defined and experienced friendship, love, gender, and power during the founding era through her analysis of diaries, novels, letters, and etiquette books. Museum President and CEO Dr. R. Scott Stephenson will facilitate a live Q&A with the virtual audience. More information and tickets available here.

Artisan Workshop Stitch-In: Make an Embroidered Pin Cushion (Virtual)
Wednesday, March 10 & Thursday, March 17, 2021, from 7 – 8:30 p.m.
During the Revolutionary War, women were often tasked with mending and sewing for their own families and for soldiers in the war effort. Join this two-part virtual workshop to learn about 18th-century fashion and how to make your own embroidered “pinball” (a pincushion) based on original examples. Curatorial fellow Dr. Marcela Micucci will lead participants in an exclusive look at the featured textiles and embroidery in When Women Lost the Vote. More information and tickets available here.

Women’s Lives in Revolutionary America: A Teaching Exploration with Historian Karin Wulf (Virtual, Educators-Only)
Thursday, March 11, 2021, from 7 – 8:30 p.m.
Educators can join the Museum as we welcome author and historian Dr. Karin Wulf to discuss the lives of everyday women in Revolutionary America in this free teacher workshop. In particular, she’ll explore the ways in which 18th-century women’s stories may deviate from our common perceptions of them as wives and mothers in practice or “in training.” Bring your questions and leave with new stories and ideas for incorporating the diversity and complexity of women’s lives into your classroom. More information and registration available here.

“Remember the Ladies”: The Premiere of a New Choral Work by Dr. Melissa Dunphy in Partnership with PhilHarmonia (Virtual)
Thursday, March 25, 2021, from 6:30 – 7:30 p.m.
When acclaimed contemporary composer Dr. Melissa Dunphy heard that Abigail Adams’s famed “Remember the Ladies” letter was returning to Philadelphia, she was inspired to interpret—through music—what Adams’s powerful words could mean for our current moment. Join Dunphy for the choral premiere of Dunphy’s “Remember the Ladies,” which sets excerpts from the letter for a cappella mixed chorus, performed by the 40-voice community choir PhilHarmonia. More information and tickets available here. Museum Experience (Virtual and Onsite)
At the Museum and in our free Virtual Tour, experience the stories of the diverse range of women who played essential roles on all sides of the Revolution. In the Museum’s core galleries, visitors learn about women like Deborah Squash, who escaped enslavement at Mount Vernon and sought protection with the British Army; Phillis Wheatley, America’s first published Black female poet; Two Kettles, a Native American woman who fought in the Battle of Oriskany alongside her husband; and Baroness von Riedesel, who became an American prisoner-of-war and left behind a diary of her experiences.

Museum Shop (Virtual and Onsite)
Available onsite and online from the Museum Shop are items highlighting women’s history for all ages, from a classic mug featuring Abigail Adams’s famous words to the children’s book She Persisted: 13 American Women Who Changed the World and Cokie Roberts’s Founding Mothers: The Women Who Raised Our Nation, and more. The Museum Shop is currently open during the Museum’s operating hours, with reduced capacity.