Learn the rules of dueling – and more importantly, how to avoid one – at the Museum of the American Revolution’s “Bros and Foes” after-hours event on Tuesday, July 23, 2019 from 5 – 8 p.m. The evening also will feature an Escape Room, a Rum Punch Challenge, and special gallery talks highlighting historic rivalries. 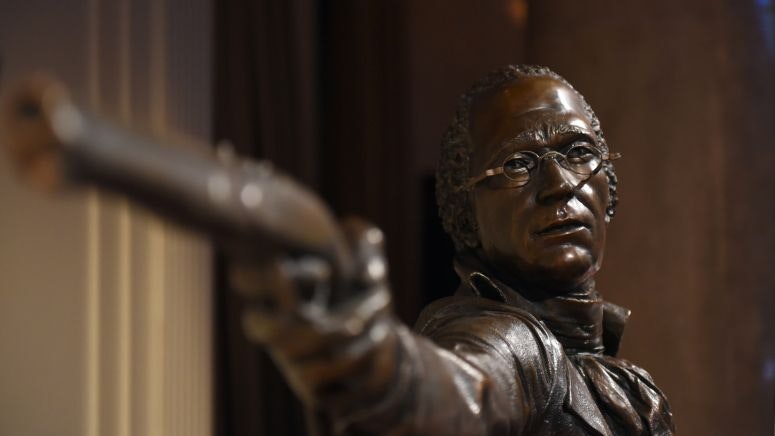 In the Museum’s Revolution Place discovery center, work as a team or compete against your friends to try to beat the clock and get out of the Friend vs. Foe Escape Room. Search for clues while exploring a Philadelphia neighborhood in the 1770s and discover a disagreement turned sour.

In the Museum’s first-floor rotunda throughout the evening, join Museum Curator Mark Turdo to learn the “Rules of Duel.” Was Aaron Burr and Alexander Hamilton's duel unavoidable? Could they have found another way to resolve their argument? Were they being honorable or just angry? Find out the surprising answers and see if you could have made a different decision.

In the Museum’s Cross Keys Café from 5 – 7:15 p.m., sample free cocktails during the One-Two Rum Punch Challenge as local restaurants and distilleries, including Art in the Age, Manatawny Still Works, Milkboy South Street, Charles Jacquin et Cie, Inc., and Brulée Catering, put their own twist on one of the 18th-cenutry’s most popular beverages. Rum punch usually consisted of fresh spring water, sugar, lemon or lime juice, and, of course, rum. Who will deliver the best rum punch? You decide! Winners will be announced at 7:30 p.m.

Throughout the evening, meet representatives from the Conflict Resolution Program at the University of Pennsylvania as they introduce several Debate Vs. Dialogue games and role-playing scenarios that will provide guests with helpful life skills. Their scenarios come from RP@Penn (Restorative Practices at Penn), the program’s newest initiative where they integrate restorative practices into campus culture by using it as a means of building community, addressing community harm and bias, and easing re-entry.

Although the Museum’s Hamilton Was Here special exhibit closed in March, the Museum’s “Year of Hamilton” programming continues with walking tours, special programs, and artifacts related to Alexander and Eliza Hamilton on display in the core exhibit through September.

In the upcoming months, History After Hours will include a Revolutionary Staycation on August 20, 2019 and The Lion and the Unicorn on Sept. 17, 2019.