American Repertory Theater and Museum of the American Revolution to Co-Present “Betsy Ross Beyond the Flag,” March 16 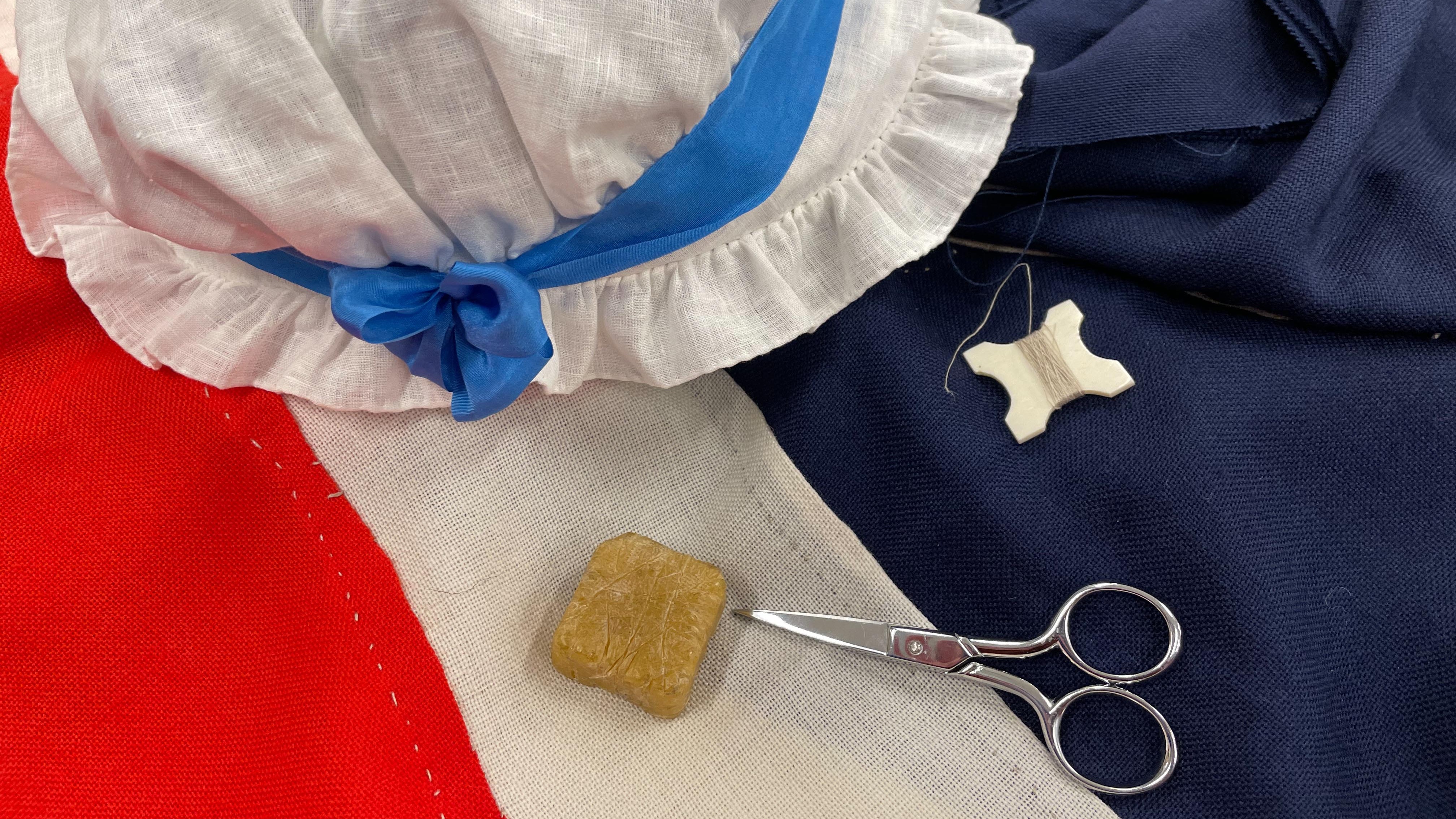 Event Includes a Museum of the American Revolution Virtual Visit

American Repertory Theater (A.R.T.) at Harvard University and the Museum of the American Revolution will co-present the free virtual event “Betsy Ross Beyond the Flag” on Wednesday, March 16, 2022, at 6:30 p.m., during Women’s History Month.

“Betsy Ross Beyond the Flag” will explore the life and legend of the woman remembered for sewing America’s first flag, as well as the role of historical reenactment and search for historical truth in A.R.T. productions. The event will feature authors and historians Dr. Marla Miller and Dr. Aimee E. Newell with actor Lenne Klingaman (Waitress National Tour), and will include a virtual visit to the Museum of the American Revolution. Tickets are free, but RSVP is required here.

The life of Elizabeth Griscom Ross Ashburn Claypoole (1752-1836), better known as Betsy Ross, is one of American legend. But legends are often shrouded in myth, hyperbole, and even outright untruths. Ross's life at the time of the Revolutionary War is no different. What do we actually know about Betsy Ross? Where did she live and work, and what kind of flags did she make in her long lifetime? How did historical reenactment play a part in American Repertory Theater’s past production of Waitress, and how is a search for historical truth informing their upcoming revival of 1776?

Join A.R.T. and the Museum of the American Revolution for a virtual Museum visit and conversation with author and historian Dr. Marla R. Miller (Betsy Ross and the Making of America) and actor Lenne Klingaman (Waitress National Tour), moderated by Sarah Schofield-Mansur, Assistant Director, Special Events & Programming at A.R.T., to uncover the facts and fictions associated with Ross and her contemporaries. Museum Director of Collections and Exhibitions Dr. Aimee E. Newell (A Stitch in Time: The Needlework of Aging Women in Antebellum America) will present the challenges of researching provenance for flags, textiles, and more. She will also discuss real Revolutionary women’s lives through the use, preservation, and interpretation of these historical artifacts and how they continue to influence the ongoing fight for women’s rights today.

Featuring insights from current scholarship on women’s history and discoveries in material culture studies, “Betsy Ross Beyond the Flag” will explore Betsy Ross’s influence on the cultural memory of women’s contributions to the American Revolution.

About 1776, Beginning May 15 at A.R.T.
They knew they would make history, but not what history would make of them. Fed up with living under the tyranny of British rule, John Adams attempts to persuade his fellow members of the Continental Congress to vote in favor of American Independence and sign the Declaration. But how much is he willing to compromise in the pursuit of freedom? And who does that freedom belong to? This new production of the Tony Award-winning musical reexamines the pivotal moment in American history. Directed by Jeffrey L. Page and A.R.T. Terry and Bradley Bloom Artistic Director Diane Paulus, the cast reflects multiple representations of gender, race, and ethnicity.

About American Repertory Theater (A.R.T.) at Harvard University
The American Repertory Theater (A.R.T.) at Harvard University is a leading force in the American theater, producing groundbreaking work that is driven by risk-taking and passionate inquiry to catalyze dialogue and transformation. Led by Terrie and Bradley Bloom Artistic Director Diane Paulus, the A.R.T. is dedicated to expanding the boundaries of theater, always including the audience as a partner. A.R.T. is committed to advancing public health in practice and programming, recognizing that racism in America is a national public health crisis. A.R.T. builds community with audiences, artists, students, staff, and neighbors across Greater Boston, embracing theater’s power to cultivate the full breadth and beauty of our shared humanity. As the professional theater on the campus of Harvard University, A.R.T. is committed to playing a central role in the cognitive life of the University, catalyzing discourse, interdisciplinary collaboration, and creative exchange. Dedicated to making great theater accessible, A.R.T. actively engages community members and local students annually in project-based partnerships, workshops, conversations with artists, and other enrichment activities both at the theater and across the Greater Boston area. A.R.T. acknowledges that its theaters are situated on the traditional and ancestral homelands of the Massachusett Tribe.