The March to Valley Forge, December 19, 1777 is one of the most iconic paintings of the Revolutionary War. Painted by Philadelphia artist William B. T. Trego in 1883, the scene shows the Continental Army limping into their winter encampment at Valley Forge. Follow the details below to learn more about the history and artistry captured on canvas. See the original painting on display in the Museum of the American Revolution’s Winter Soldiers gallery in the core exhibition on your next visit.

In 1883, Trego submitted The March to Valley Forge for consideration in the Temple Competition of Historical Painting at the Pennsylvania Academy of the Fine Arts (PAFA). The judges of the competition determined that no submission was worthy of first or second prize, but they awarded third prize to Trego. Believing that he deserved first prize because The March to Valley Forge had been deemed to be the best painting in the competition, Trego brought PAFA to court. After two years of court battles, the Pennsylvania Supreme Court finally dismissed Trego’s case and upheld PAFA’s decision. 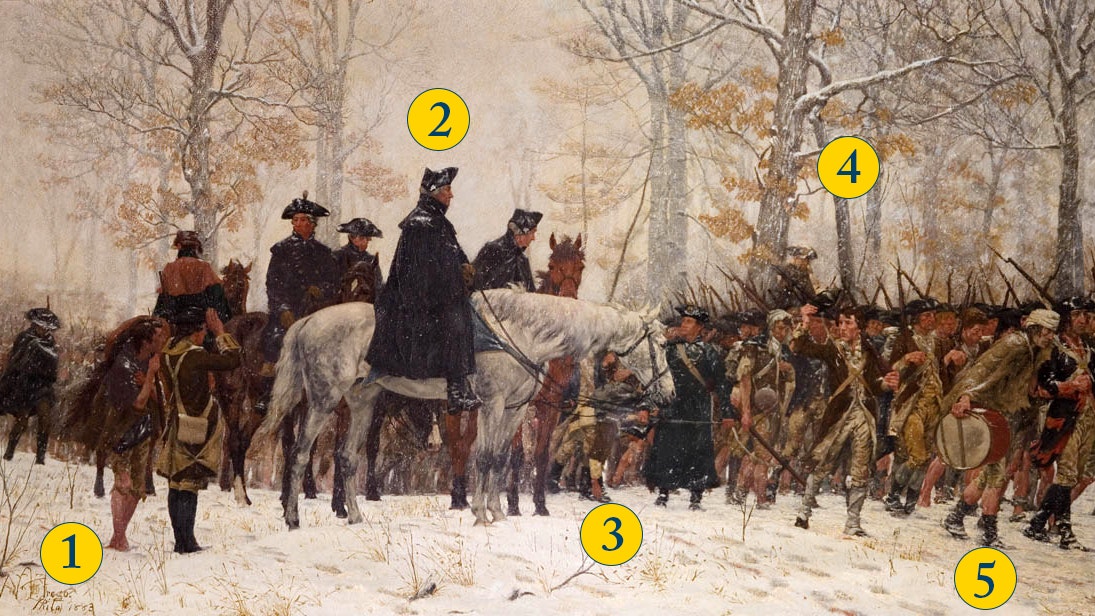 Trego signed this painting in the bottom left corner: “W T Trego Phila 1883.” A childhood illness (possibly polio) caused Trego to be unable to move his fingers and hands. He painted this masterful work by gripping a brush between the thumb and forefinger of one hand while moving it with the other.

Trego painted General Washington at the center of the scene. When the Continental Army arrived at Valley Forge, Washington repeatedly shared his army’s dire situation with the Continental Congress. He particularly noted how the army desperately needed food, otherwise his troops may “starve—dissolve—or disperse, in order to obtain subsistence in the best manner they can.”

The soldier shown here adjusting his shoe was the subject of one of Trego’s preparatory or study paintings for this canvas. That study painting, recently acquired by the Museum of the American Revolution, shows the soldier holding his musket, a detail obscured by another figure painted into the final scene.

Trego emphasized the wintery conditions experienced by the Continental Army on Dec. 19, 1777. However, he may have exaggerated how much snow was on the ground that day. Sergeant Jeremiah Greenman of Rhode Island recorded in his diary that the days leading up to December 19th featured “raining weather” and “rain & cold.” Pennsylvania Lieutenant Samuel Armstrong described it as “Thick Clouday Weather.” On Dec. 18 and 19, Henry Melchoir Muhlenberg in nearby Trappe, Pennsylvania, reported “cold rain” and “stormy winds and piercing cold.”

The bare and bandaged feet of some of the hardened veterans of the Continental Army left trails of blood on the cold ground at Valley Forge. General William Alexander (Lord Stirling) described the condition of the troops days before their arrival: “they are already worn out by a long fatigueing Campaign, a Considerable part of them in the Hospitals, above one half of those in Camp are almost naked, and are walking barefooted on the Ice or frozen Ground.”

Editors Note: Spelling and grammar have not been altered from their original sources. 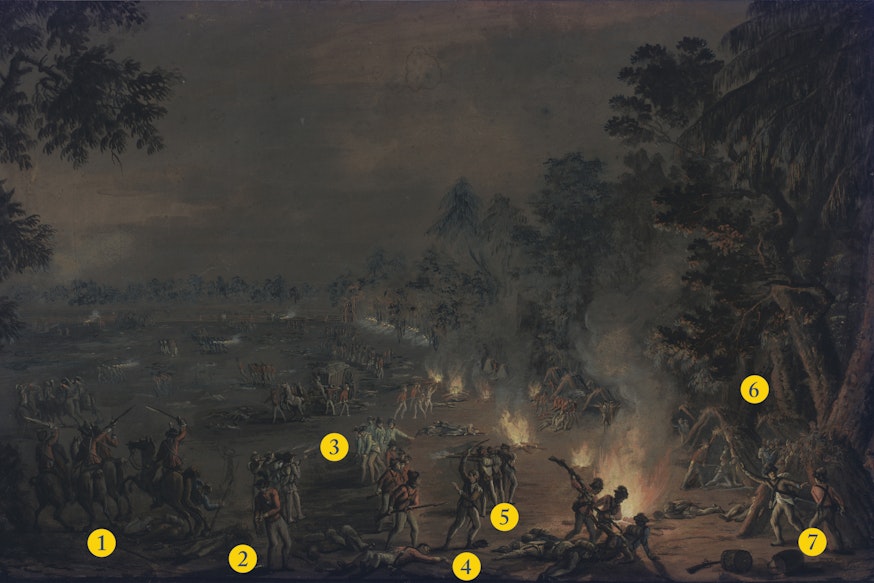 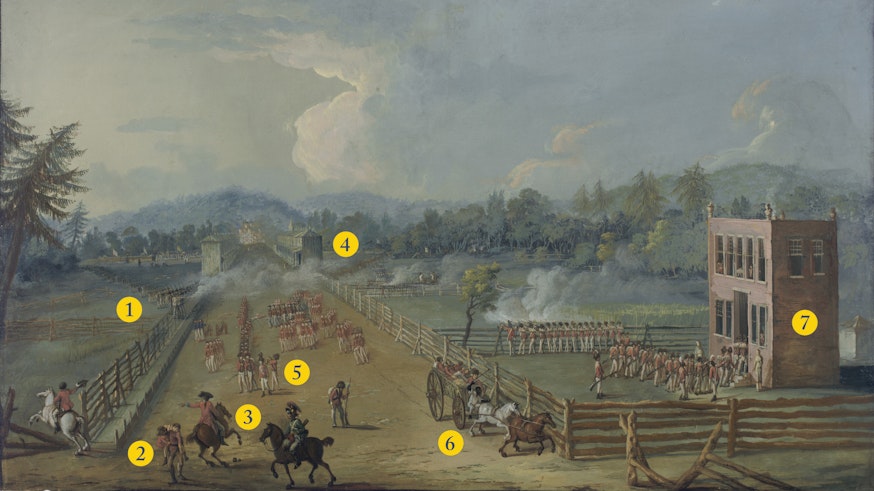