When Alexander Met Eliza... Or At Least Danced With Her

By Susan Holloway Scott, Guest Contributor to Fashioning Eliza and the best-selling author of over fifty historical novels. Her latest novel, I, ELIZA HAMILTON (Kensington Books), was voted the Favorite Book of 2018 by readers in the Museum of the American Revolution’s Read the Revolution program. She can be found on Instagram and Facebook, and on her website.﻿ On Tuesday, Jan. 22, 2019 at the Museum’s History After Hours: A Winter’s Ball, seamstress Samantha McCarty prepared Museum Educator Meg for the ball and debuted her design for “Fashioning Eliza 1777” for the Museum's Fashioning Eliza project. This gown was inspired by Paul Tazewell’s costume design for Hamilton: An American Musical. Throughout the evening, guests filled their dance cards at the Museum’s first dance-calling program, tested their wit with The Quizzing Glass trivia, and explored all exhibits including Hamilton Was Here: Rising Up in Revolutionary Philadelphia.

Everyone familiar with Hamilton: An American Musical knows all about “A Winter’s Ball,” which was set in Morristown, New Jersey in February 1780. It’s a magical event in Act I of the show, an elegant night of candlelit dancing that culminates in Angelica Schuyler meeting Alexander Hamilton, reluctantly deciding he’s not suitable for her, and instead introducing him to her younger sister Eliza. Ah, love at first sight!

The historical truth is a bit different. While now no one knows for certain, it’s likely that Alexander Hamilton first met Elizabeth Schuyler at her parents’ house in Albany, N.Y., in the fall of 1777. As an aide-de-camp to General George Washington, Hamilton had been sent north on a military errand, and paused briefly at the home of General Philip Schuyler, a close friend of General Washington’s. The Schuyler home was known for its hospitality as well as the charming company of the Schuyler daughters, and as dedicated as Hamilton was to his duty, he might have left Albany already impressed by second daughter, Elizabeth.

Three years later, in the exceptionally cold winter of 1779-1780, the Continental Army had made its winter quarters in Jockey Hollow, near Morristown, N.J. Active warfare effectively ceased until spring, and a number of the officers had wives and family members join them for the winter months. Among these were first Eliza, later joined by her mother Catherine and her sisters Angelica and Margarita. They were guests of their Aunt Gertrude and her husband Dr. John Cochran, who was serving as the army’s surgeon general. 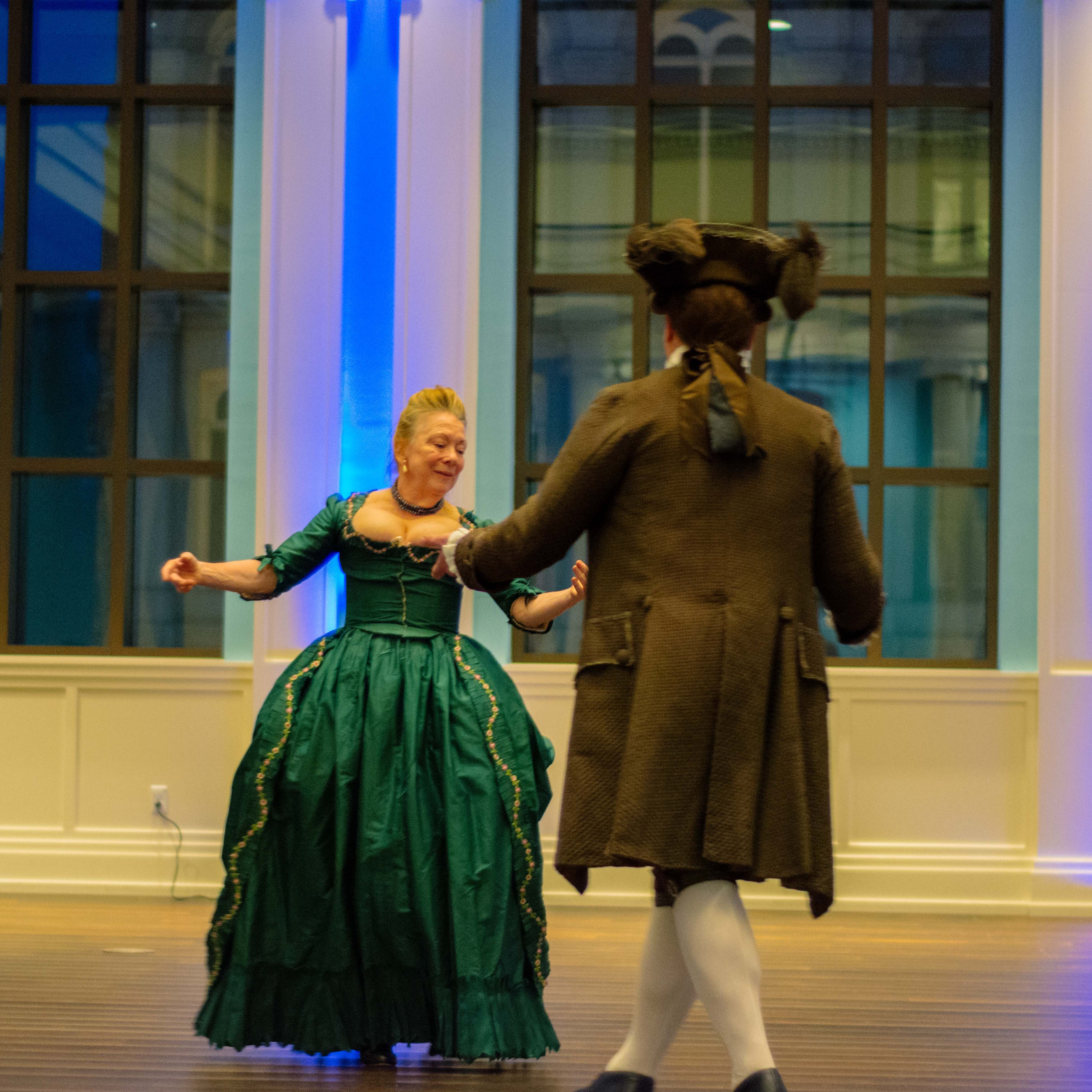 Despite the near-constant snows, frigid temperatures, and limited food and other supplies, the sisters found plenty of ways to enjoy themselves, and were much in demand in an encampment where young officers far outnumbered young ladies. Attractive and lively, Eliza possessed the additional attractions of a wealthy, well-connected father, and Alexander Hamilton wasn’t the only officer vying for her attention.

At the encampment, a more organized – and more genteel – diversion was soon planned. General Washington and thirty-five of his officers each pledged $400 (in inflated Continental money) to host a series of three subscription balls. The first one took place on February 23, after yet another snowstorm. The setting wasn’t a grand ballroom with chandeliers and looking-glasses, but an unheated storehouse of raw wood.

But what the Morristown Assembly ball lacked in amenities it more than made up for in enthusiasm. The participants were determined to demonstrate their civility and grace, even in the middle of the war. Dress uniforms were worn, and the ladies all wore their most fashionable gowns. At this point in the war, new silk imported from England or France would have been scarce, and possibly considered unpatriotic. Instead older gowns would have been freshened and remodeled to follow the latest fashions, and it’s likely the Schuyler sisters did the same. As was the customary way to open balls, General Washington – the highest-ranking gentleman as well as an expert dancer – danced a minuet with the highest-ranking lady in attendance, Lucy Knox, the wife of General Henry Knox. The minuet was a complicated, formal dance for a single couple that required considerable skill and practice, and it’s unlikely that either Eliza Schuyler or Alexander Hamilton (probably to his relief!) danced a minuet that night. Instead they must have enjoyed the more energetic country dances – ancestors of modern square dancing – that would have made up most of the program. With only sixteen women and four times as many gentlemen at the ball, Eliza probably danced every dance.

There’s no record of how many times Eliza chose Alexander Hamilton as her partner, but it’s a safe guess that they enjoyed one another’s company. Affairs of the heart move quickly in wartime. Letters between the two were exchanged daily, and Hamilton became a frequent caller at Dr. Cochran’s quarters. Before the snow had disappeared from Morristown, Alexander and Eliza were engaged to be married.