The American war is over; but this is far from being the case with the American revolution…

Core Question #4: What kind of nation did the Revolution create?

With the hard-fought establishment of the United States of America, the Revolutionaries succeeded in gaining independence. But then came the immense task of creating a nation founded on the principles of life, liberty, and the pursuit of happiness. As you conclude your journey, watch as the new nation–born of the War for Independence– begins its own.

Upon the defeat of the British at Yorktown and the signing of the Peace of Paris in 1783, the young United States had its freedom, but also the massive task of creating one nation from thirteen disparate, former colonies. Learn how the nation emerged from war to create a republican society that ensured that political authority came from the people in these last two galleries. From the critical period following the war to the Peace of Paris to the Constitution and the Bill of Rights, follow the debates and gain new perspectives on the challenges that the young nation faced at the end of the eighteenth century.

While the Revolutionary War won independence for the United States from Great Britain, its promises of freedom and liberty were not for all. Women, Native Americans, free and enslaved African Americans still did not gain the same liberties as land-owning, white men. When Women Lost the Vote

Learn the little-known history of the nation’s first women voters and examine the political conflicts that led to their voting rights being stripped away. View a tableau scene featuring three life-size figures recreating what it might have looked like when women voted in a state election held on Oct. 13-14, 1801 in Montgomery Township, Somerset County, New Jersey. Titled “Three Women at the Polls in Montgomery Township, October 1801,” the tableau is inspired by the Museum’s discovery of poll lists, including one from Montgomery Township, that document the fact that women and free people of color voted in New Jersey in the first few decades following American independence.

Symbols of the American Republic

In the 1760s, American homes and public places were filled with objects that bore images of King George III, the royal coat of arms, and British military heroes. By the 1790s, the same kinds of objects displayed symbols of the new American republic and its heroes. View original artifacts bearing early symbols of the United States of America, including the “Federal Eagle”–derived from the Great Seal of 1782—and Revolutionary leaders. The most popular–George Washington–replaced George III on tavern signs, drinking mugs, and water buckets. Assume George Washington’s role as President of the Constitutional Convention and sit in a reproduction of the “Rising Sun” chair. As the Convention’s work closed, Franklin announced: “I have . . . often in the course of the session . . . looked at that [sun] behind the president without being able to tell whether it was rising or setting: but now at length I have the happiness to know it is a rising sun and not a setting sun.” 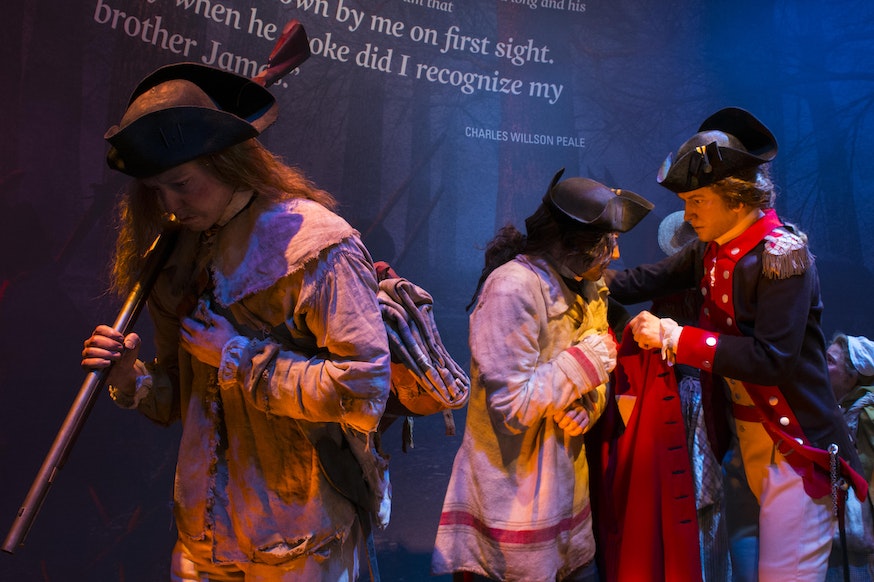 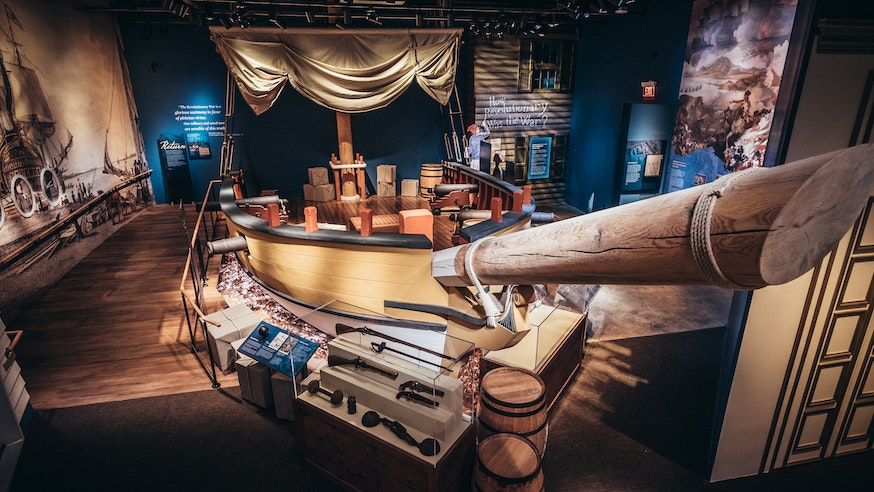