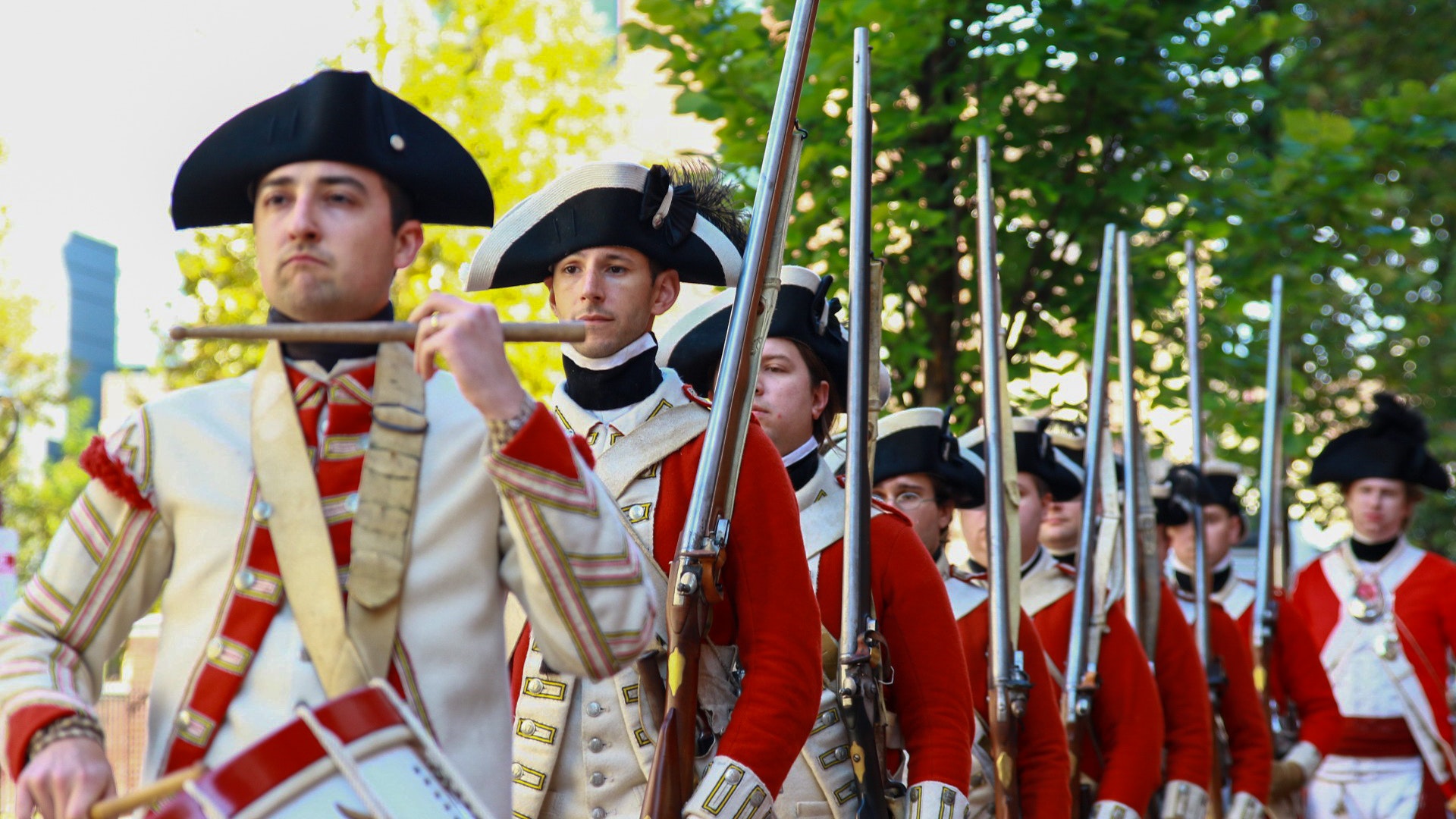 In the fall of 1777, Philadelphia — the Revolutionary capital at the time — was seized by the British and occupied for nine long months, with Independence Hall serving as a prison for American prisoners-of-war. Join us as we recreate the dark days of the British occupation with Occupied Philadelphia, the Museum’s annual flagship living history event on Nov. 5-6, 2022.

Throughout the weekend, the Museum will offer guided walking tours, special programming, and family-friendly activities exploring what life was like in the city while British forces controlled it. Visitors will meet dozens of costumed historical interpreters portraying soldiers, civilians, and spies on the Museum’s outdoor plaza, free to the public. Guests can also complete a spy challenge to collect information on the British Army and watch street theater vignettes that bring to life dramatic moments from 1777.

We will be joined on the Museum plaza throughout the weekend by representatives from Urban Creators, who will be selling locally grown produce and seeds that would have been grown in Revolutionary-era Philadelphia as well as discussing food insecurity in Philadelphia. Based in North Philadelphia, Urban Creators is a platform for radical and collaborative imagination that uses food, art, and education as tools to nurture resilience and self-determination.

Living history interpretation on the Museum plaza and at select sites in Old City are free and open to the public. Information on additional ticketed programs over Occupied Philadelphia weekend continue to be provided as details are confirmed. 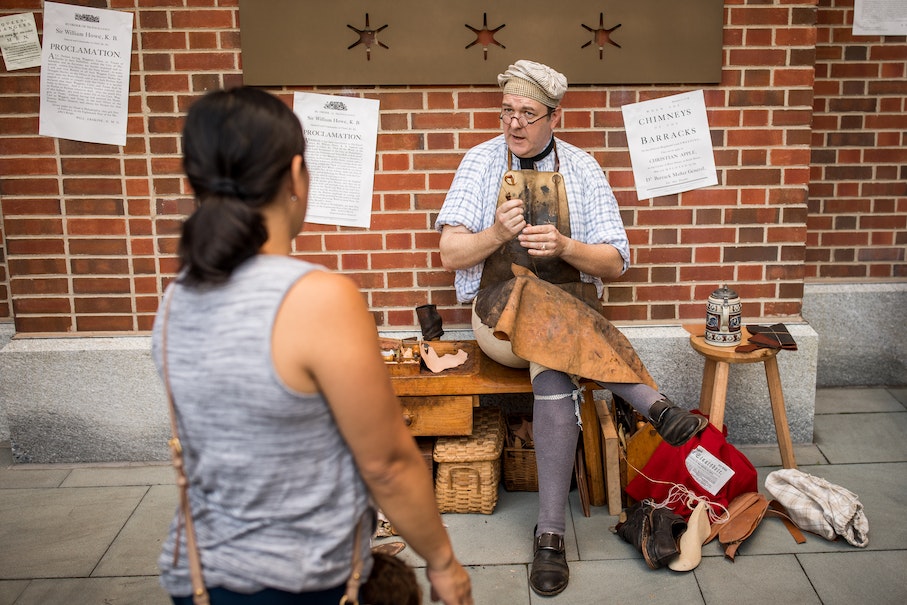 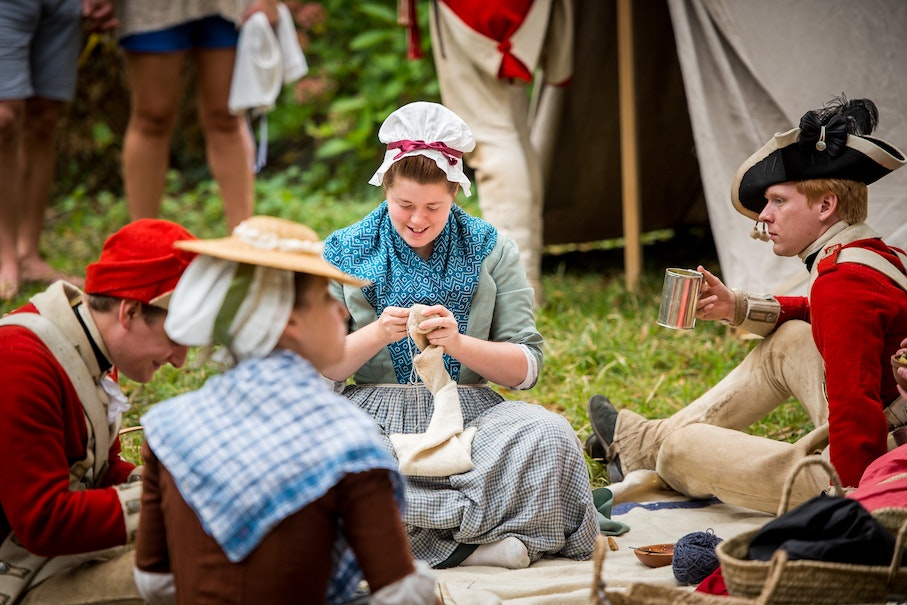 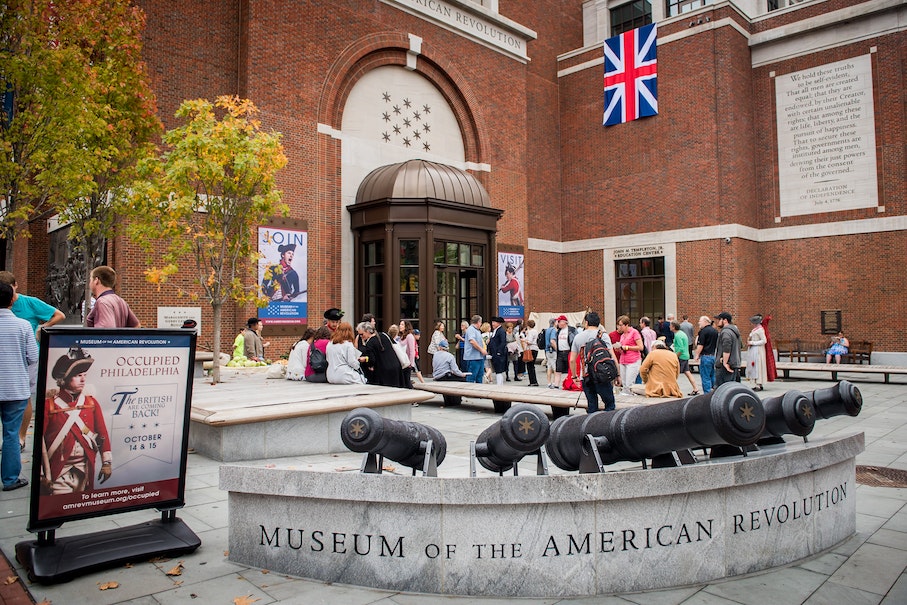 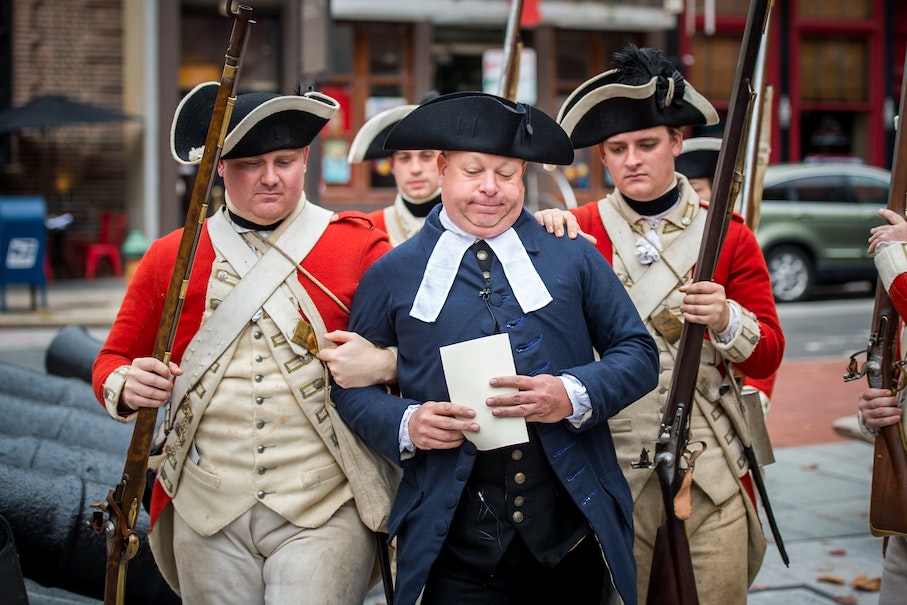 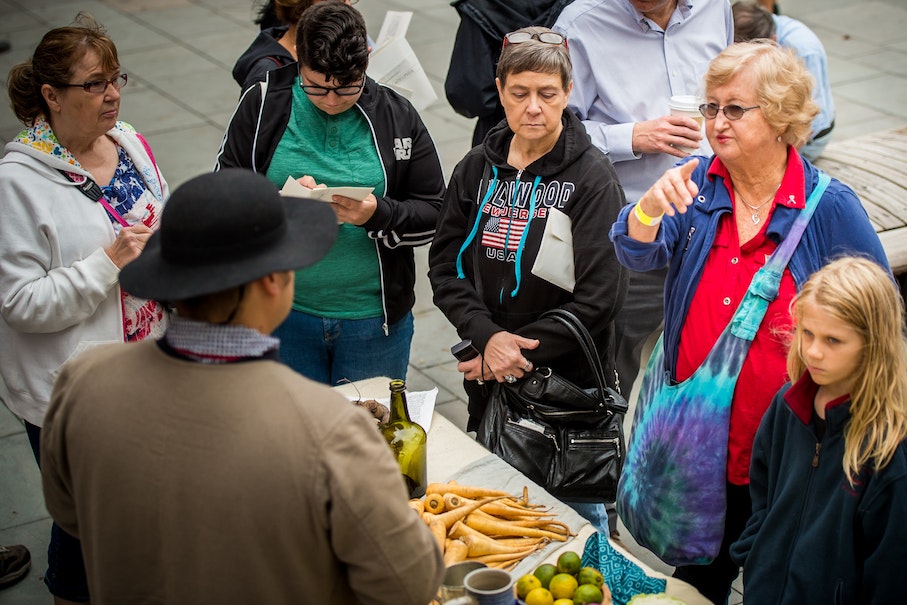 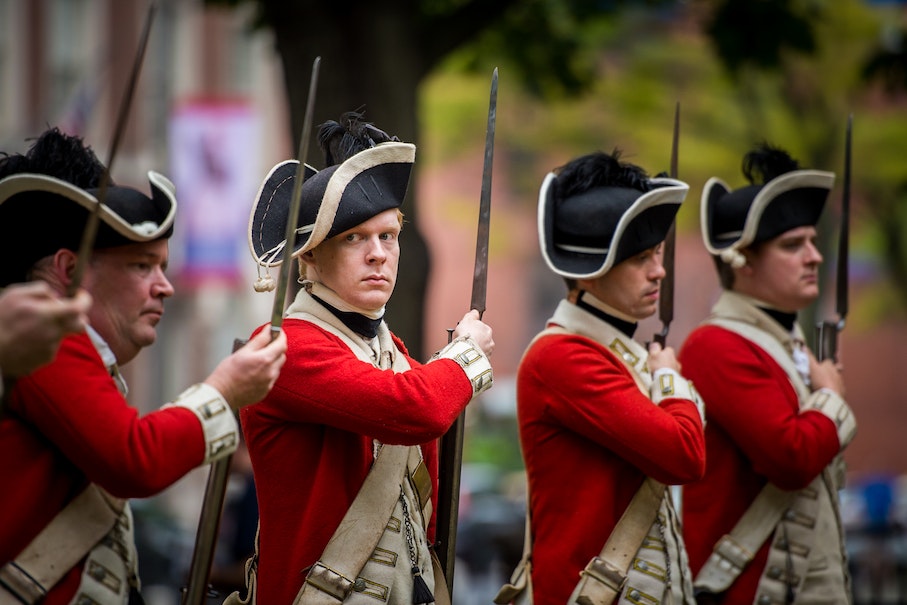 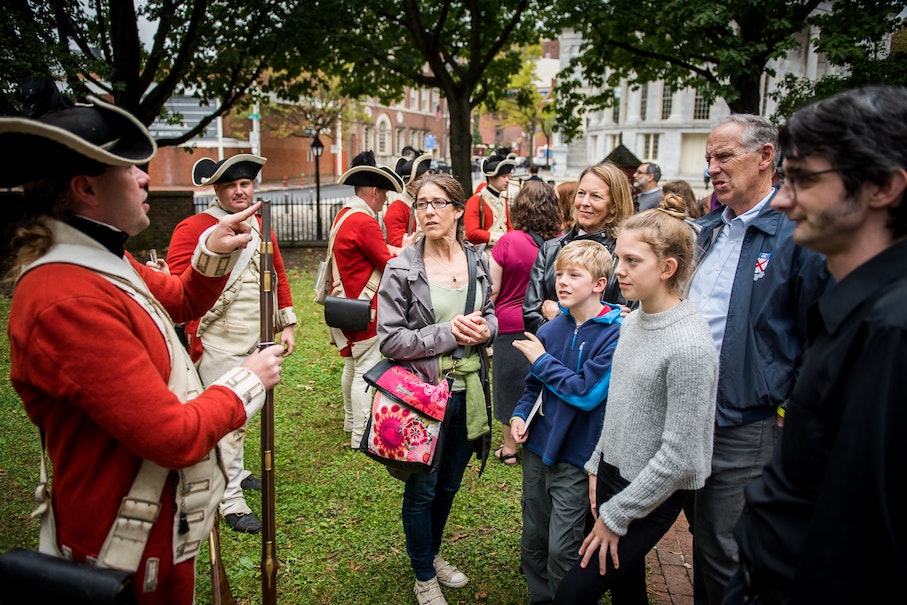 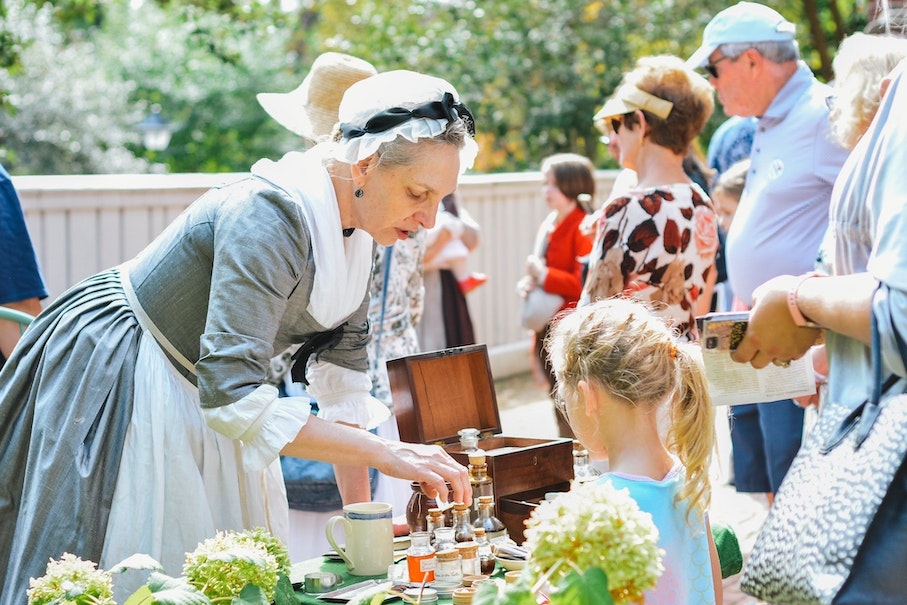 Occupied Philadelphia Walking Tours
Saturday, Nov. 5 & Sunday, Nov. 6
Frequency: Every half-hour beginning at 10:30 a.m.
Duration: 1 hour
Step into Philadelphia as it was occupied (or liberated?) by the British army in the fall of 1777. This hour-long walking tour will depart from the Museum and include stops at nearby historic sites to meet costumed interpreters and complete a "spy challenge" to aid the Revolutionary cause. Guests should plan on an outdoor tour of approximately one mile. All tickets include Museum admission as well as an exclusive activity pack and spy challenge.
Pricing: $29 General Admission | $8 Members

History Explorer Meet-Up: Occupied Philadelphia
Onsite | Saturday, Nov. 5 at 11:30 a.m. (SOLD OUT) & 1:30 p.m.
In this family-friendly, activity-filled walking tour, we’ll explore occupied Philadelphia, meet British soldiers and everyday residents, and get a hands-on glimpse into life under British authority. Why did the British want to take over Philadelphia? How did Philadelphians feel about it? And where did General Washington go? Join Family Programs Manager Rebecca Franco as we work together to answer these questions and hunt through soldiers and civilians to gather the latest information to pass on to the spymaster — if we can find them!
Pricing (includes Museum admission): $28 Youth GA | $24 Adult GA | FREE Members

A British-Occupied Members Teatime (Museum Members exclusive)
Onsite (Liberty Hall) | Sunday, Nov. 6 from 1-2:30 p.m.
Join your fellow Museum Members on Sunday, Nov. 6 from 1-2:30 p.m. for a spot of afternoon tea and activities for History Explorers with costumed British soldiers and civilians. This free members-only exclusive teatime will be hosted in the Museum’s Liberty Hall. 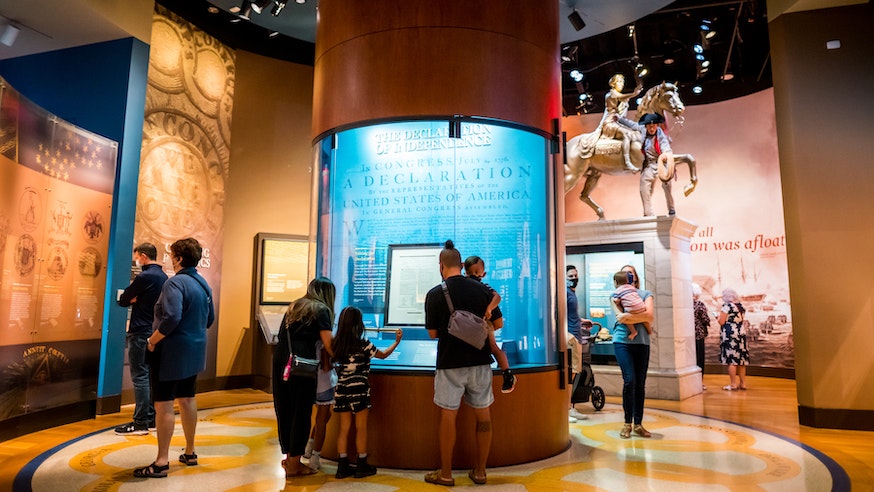 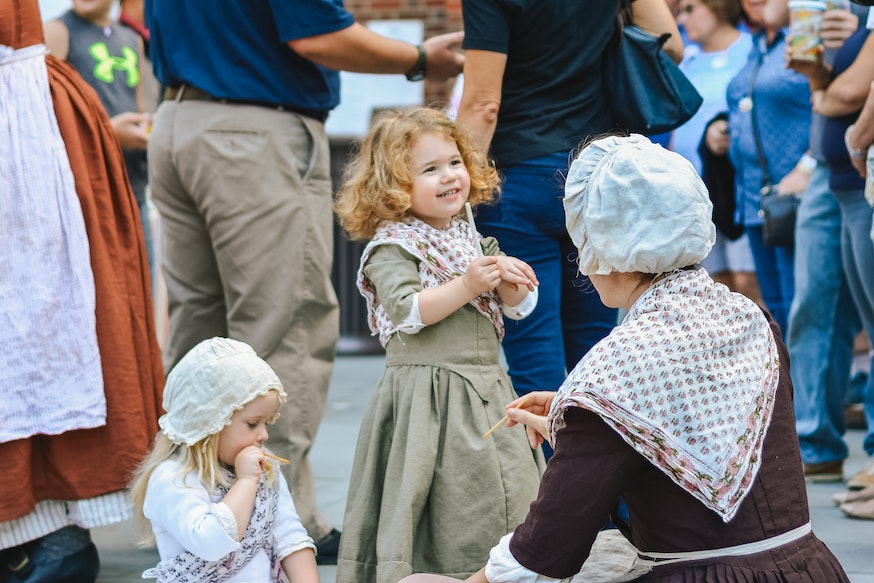 November 5, 2022 at 11:30 a.m. (SOLD OUT) & 1:30 p.m.
In this family-friendly, activity-filled walking tour, we’ll explore occupied Philadelphia, meet British soldiers and everyday residents, and get a hands-on glimpse into life under British authority.
Go to Event 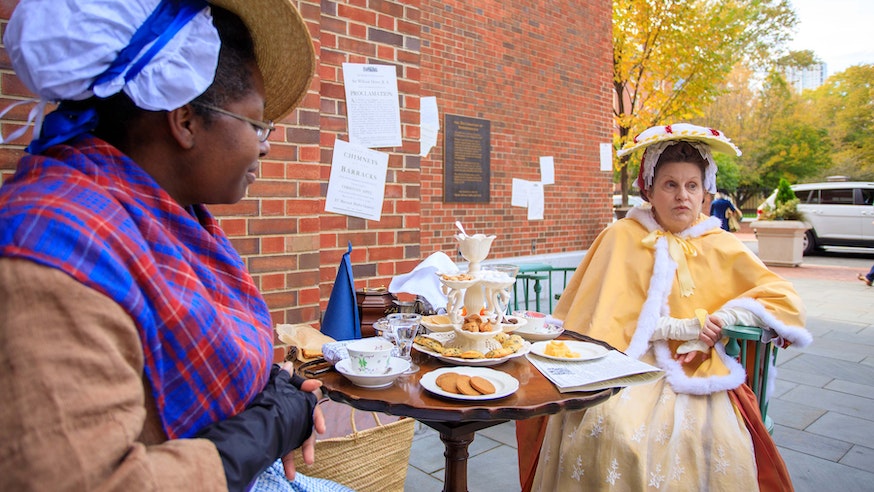 November 6, 2022 from 1-2:30 p.m.
Join your fellow Museum Members for a spot of afternoon tea and activities for History Explorers with costumed British soldiers and civilians in Liberty Hall as part of Occupied Philadelphia.
Go to Event