Over Labor Day weekend, join the Museum for the closing weekend of our Flags and Founding Documents, 1776-Today summer exhibit, the final weekend of the True Colours Flag Project display, family-friendly crafts and activities, and more. Children 12 years old and younger will receive free Museum admission throughout the holiday weekend (available for in-Museum purchase only).

Flags and Founding Documents, 1776-Today Closing Weekend
Onsite | Daily
The exhibit showcases dozens of rare American flags alongside historic early state constitutions and the first printing of the proposed U.S. Constitution of 1787 to shed light on the triumphs and tensions that the United States faced as new states joined the Union. The exhibit traces the evolution of the American flag by featuring an example of each iteration as new states were added. By telling stories from the nation’s revolutionary roots to its continuing struggle over equal rights, Flags and Founding Documents, 1776-Today encourages visitors to consider their role in the ongoing effort to fulfill the promise of the American Revolution.

Meet the Revolution with Noah Lewis
Onsite | Daily
Noah Lewis will portray a Revolutionary soldier of African descent, Edward “Ned” Hector. Museum guests will meet Hector in the 1820s as a respected resident of Plymouth Township, Pennsylvania, as he fights to gain a pension for service in the war. Lewis will also discuss the skills and innovations of African American teamsters as well as everyday life in the 18th and early 19th centuries.

Daily Crafts and Activities
Onsite | Daily
Design your own felt flag in Flags and Founding Documents, 1776-Today or join a Museum educator at a craft table and throughout the galleries for family-friendly activities, scavenger hunts, and more. 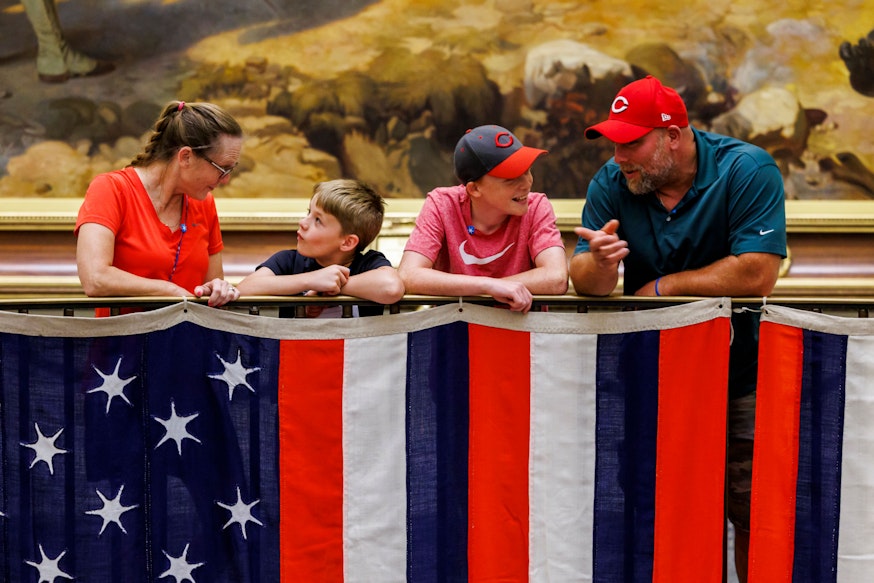