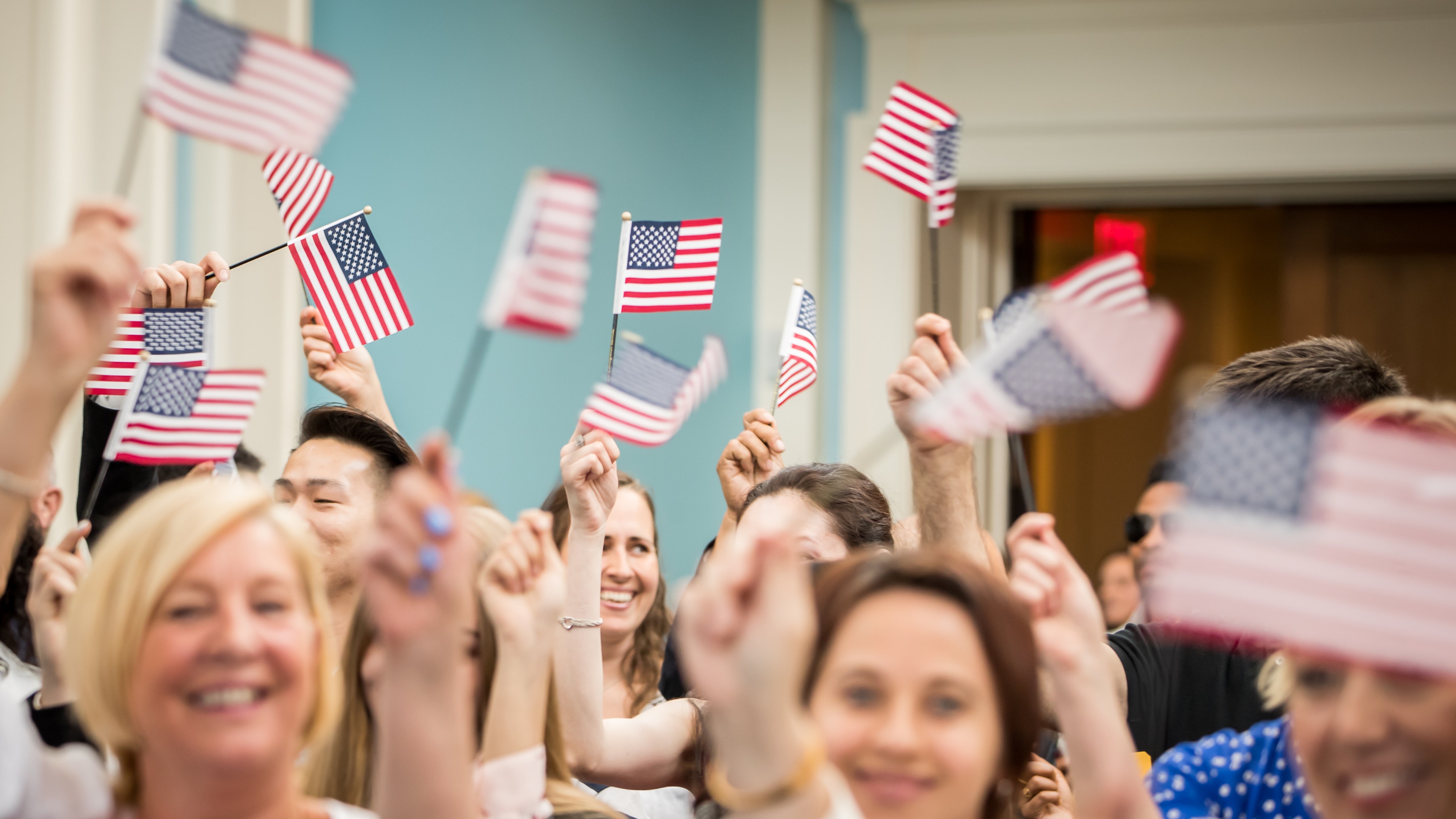 On June 14, 1777, Congress passed the first Flag Act, adopting the 13-star flag as the official flag of the new United States. Join the Museum over Flag Day weekend to explore the evolution of the American flag with the opening of our summer exhibition, Flags and Founding Documents, 1776-Today. Plus, view a display of enormous handmade replica flags flown by navy ships at sea during the Revolutionary War with the debut of our True Colours Flag Project and enjoy other family-friendly events and activities.

Flags and Founding Documents, 1776-Today Opening Weekend
June 12 through Sept. 6, 2021
Member Preview: June 11, 2021
This new summer exhibition at the Museum will showcase dozens of rare American flags alongside historic early state constitutions and the first printing of the proposed U.S. Constitution of 1787 to shed light on the triumphs and tensions that the United States faced as new states joined the Union. The exhibit will trace the evolution of the American flag by featuring an example of each iteration as new states were added.

True Colours Flag Project Debut
Onsite | Daily
The Museum will debut our True Colours Flag Project, flying handmade replicas of historic flags flown by privateers and navy ships at sea during the Revolutionary era, in the Museum's atrium over Flag Day Weekend. Explore the work of women like Elizabeth “Betsy” Ross, Rebecca Flower Young, and other Philadelphia seamstresses who supported the Revolutionary War, and learn how 18th-century sailing vessels utilized a variety of flags to allow them to safely pass through enemy waters.

In-Gallery Talks: Monmouth and Forster Flags
Onsite | Daily
Enjoy a 10-minute pop-up talk to learn more about the Monmouth flag and Forster flag on display at the Museum. The Monmouth flag, on loan from the Monmouth County Historical Association, descended in a Pennsylvania family and is one of the oldest surviving flags from the American Revolution, dating to 1775-76. The Forster flag, on loan from Brian and Barbara Hendelson, may be one of the earliest American flags to have been altered after the Declaration of Independence; it is clear that the British Union was removed from it and the white fabric has been reworked to create stripes.

Rebecca Flower Young Discovery Cart
Onsite | Flag Day Weekend
Flagmaker Rebecca Flower Young advertised “all kinds of colours” for the Revolutionary cause from her shop here in Philadelphia. Meet a Museum educator to view replica objects and learn more about Young’s work as a military contractor making flags and drum cases for the Continental Army.

Mini Washington Standard Giveaway
Onsite | Flag Day Weekend
Visitors to the Museum throughout the weekend will receive a miniature version of General George Washington's Standard, the headquarters flag in the Museum's collection that is said to have marked his presence throughout the Revolutionary War. 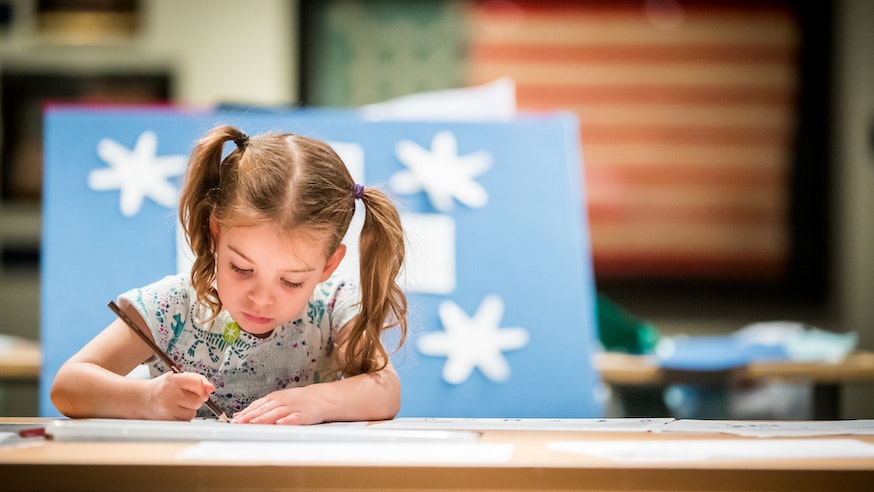 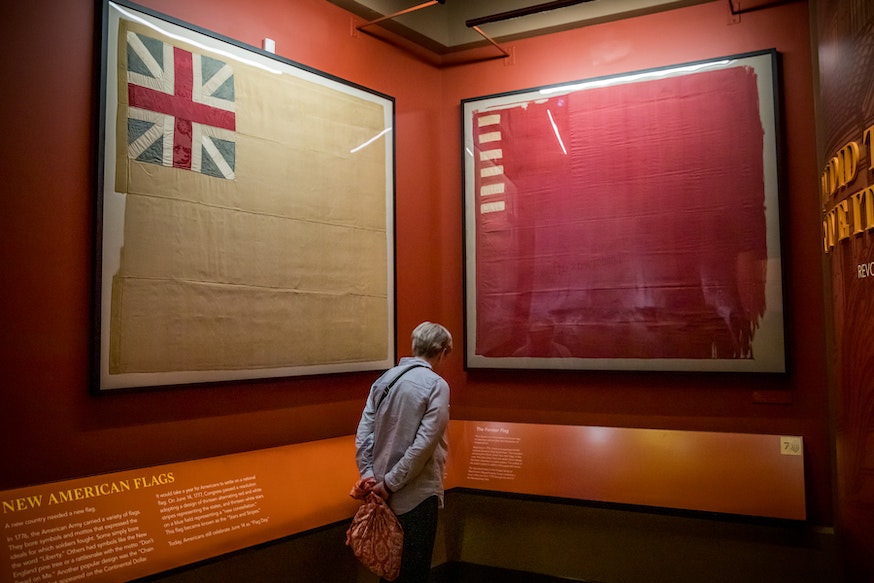 Museum Chief Historian Dr. Philip Mead takes a closer look at the evolution of the American flag as a symbol during the Revolutionary era.
Read More 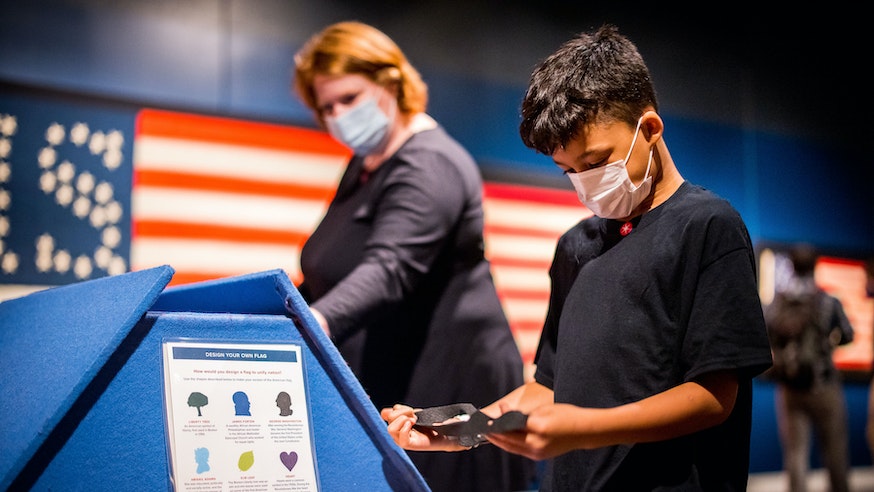 June 11, 2021 from 10 a.m. to 5 p.m.
Museum Members are invited to kick off Flag Day weekend by joining us for the members-only preview of our new summer exhibition Flags and Founding Documents, 1776-Today.
Go to Event