This detailed plan shows British, Hessian, and American troop positions and movements during the Battle of Brandywine, September 11, 1777. The long battle ended with Washington’s army withdrawing east towards Chester, Pennsylvania. The exhausted British Army encamped at Dilworth (visible at the right-center of this plan) and neighboring areas until September 15, when they resumed pursuit of Washington’s forces before capturing Philadelphia on September 26. During the four-day encampment on the battlefield, British engineers surveyed the area and recorded details of the engagement in a series of plans, including this example. 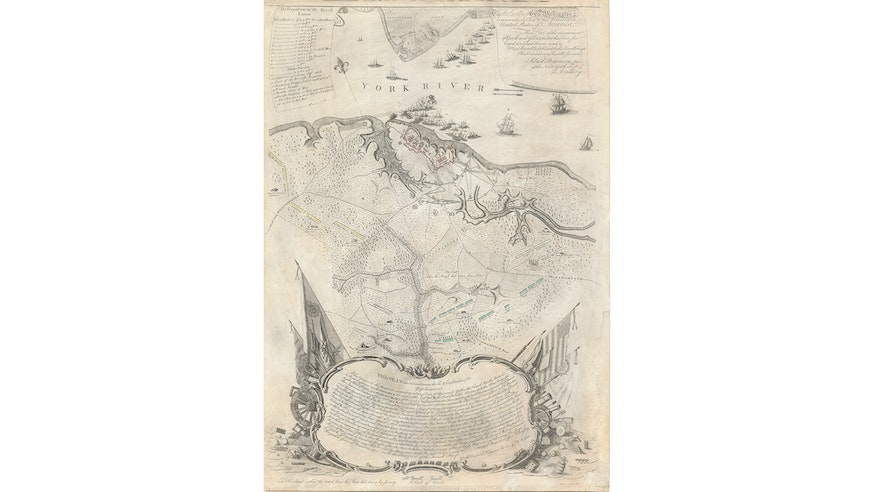 This map celebrates the triumph of the allied Continental and French forces over the British Army at the Siege of Yorktown in 1781.
See Object 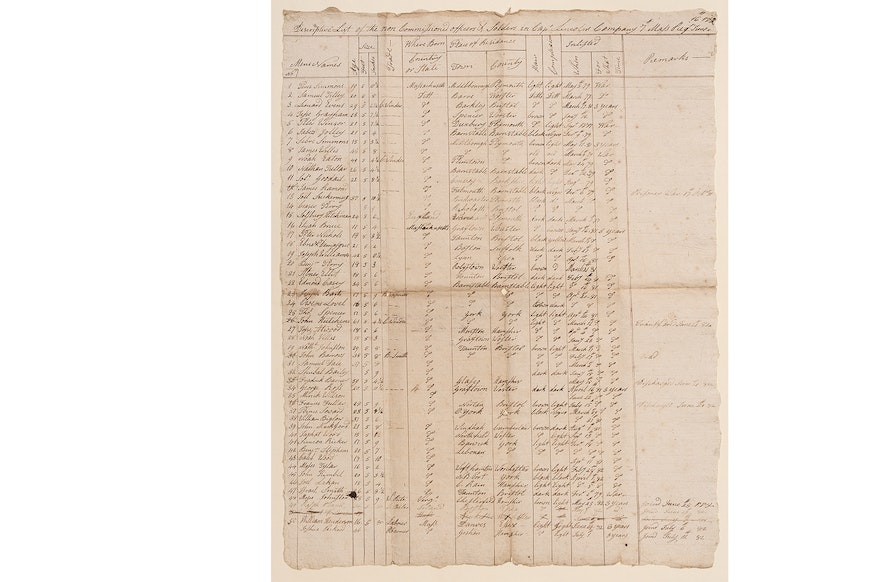