New Englander Abel Scott of Whately, Massachusetts, served in five military campaigns during the Revolutionary War, first marching from home the day after the battles of Lexington and Concord in April 1775. Scott, or a fellow soldier, engraved this detailed view of British-occupied Boston as British and New England forces eyed one another across the fortifications and harbor encircling the town. British troops and Loyalist refugees were forced to evacuate Boston after American troops constructed fortifications and placed artillery on Dorchester Heights on the night of March 4, 1776. 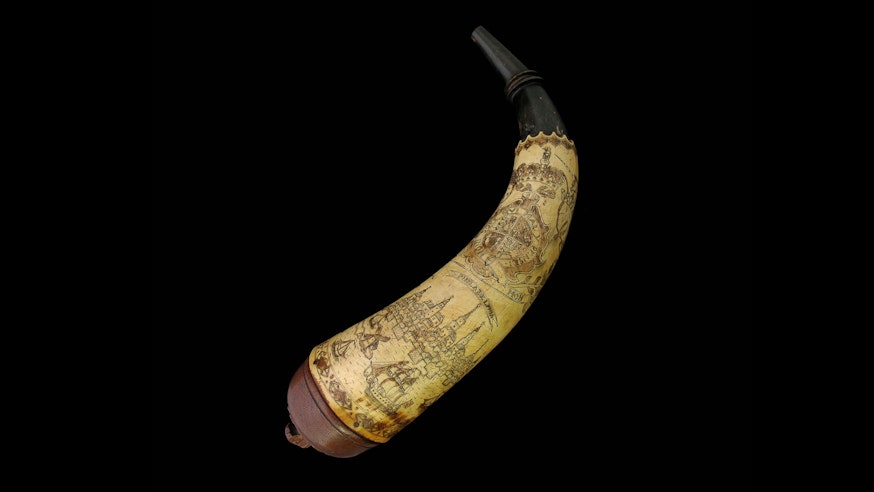 This decoratively engraved powder horn includes a view of Philadelphia’s busy waterfront on the eve of the American Revolution.
See Object 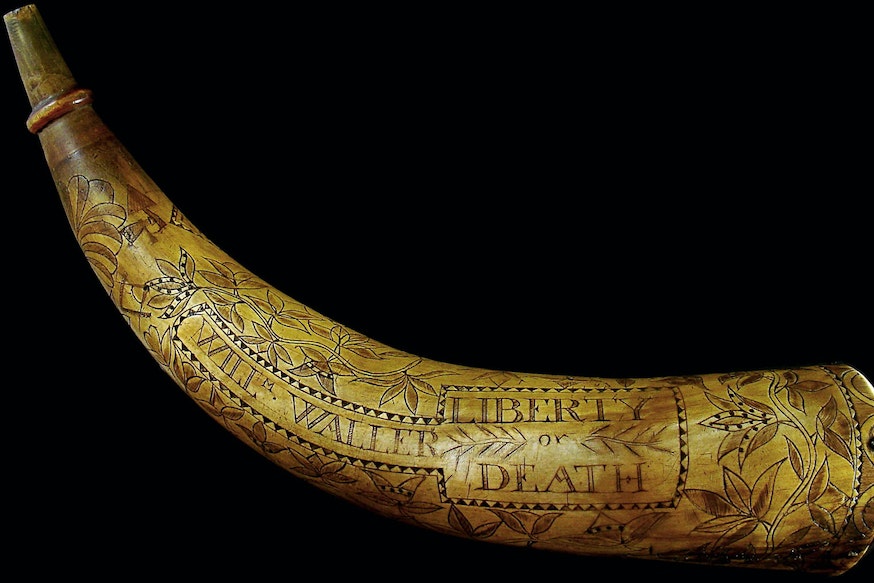 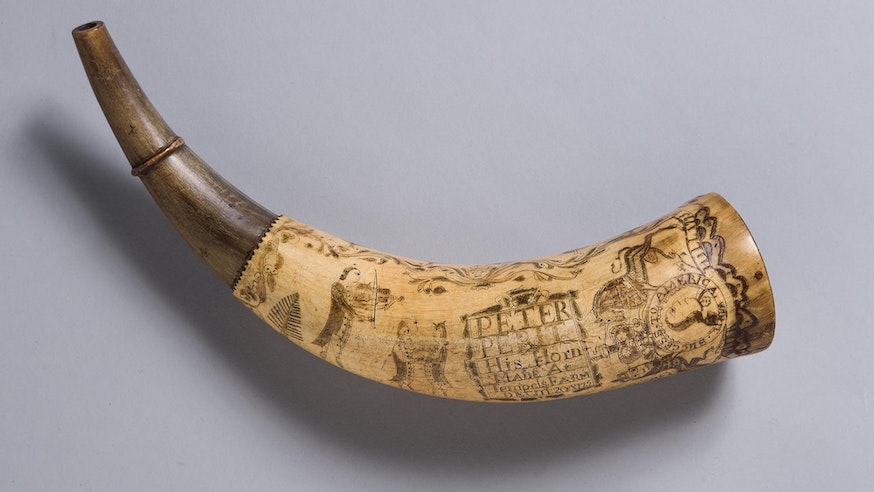 Captain Peter Perit used this powder horn, featuring decorations that include the lion and unicorn from the British Royal Coat of Arms, at the Siege of Boston in 1775.
See Object