By Dr. Holly A. Mayer

There were twenty British North American colonies or provinces in 1776, so why did only thirteen of those colonies declare independence that year or confirm it by war and treaty in 1783? The revolutionaries did try to entice and coerce other colonists to reject what they called tyranny, but they found that not all of their neighbors, much less all of the colonies of the British Empire in North America, interpreted ministry or parliamentary acts negatively or were prepared to sustain a rebellion. As a result, there was civil war between the colonies, as well as within them, as rebelling American Whigs, later named patriots, battled Loyalist neighbors whom they derided as Tories, the King’s pawns. Between 1775 and 1783, Canada – its peoples, government, and armed forces – grappled with and rebuffed the political overtures of the Continental Congress and the military advances of the Continental Army as they endeavored to secure their northern border and persuade the Canadians to reject British administration and support annexation of Canada to the united colonies.

Defending their frontiers against the British and their Native American allies ultimately became the greater concern for the revolutionaries intent on securing independence, but in 1775 they launched an offensive (though limited) expansionist strategy. The rebelling colonies did not target for inclusion the isolated fishery that was Newfoundland, nor Rupert’s Land, the Hudson Bay Company’s far northern trading territory. Nor, looking to the south, were they interested in immediately including the East and West Floridas, which Britain had acquired from Spain at the end of the Seven Years’ War in 1763. No, the thirteen British colonies that became the founding dominions of the United States focused on another colony acquired in 1763: the province of Quebec. They also initially hoped that Nova Scotia and the island colony of St. John’s (later renamed Prince Edward Island) would join their cause as well.

Colonists resisting the British government’s policies did not come easily to the decision to reach out to Canada’s inhabitants, for they were suspicious of les Canadiens – the French Canadians – who vastly outnumbered Anglo settlers in the Quebec province. Those who did want the French Canadians to join them, in turn, recognized that they would have to address Canadien hostility against les Bostonnais (a term that covered not just Bostonians but other New Englanders and Americans). Most French Canadians distrusted those who had long campaigned to conquer their colony (accomplished in the French and Indian War in 1763), insulted the Catholic religion, and belittled their culture.

Both British and American leaders rightly believed that the support of the French Canadians would determine the possession of Canada, for there were too few Anglo-Canadians to hold the territory and too few American soldiers to take it. Ultimately, Britain won the battle for the allegiance, or at least neutrality, of the Canadiens. It benefitted from the Quebec Act of 1774, from American political and military missteps, and from the desire of many French Canadians to steer clear of a war between what many deemed occupiers and outsiders.

Incorporating the province of Quebec into the British Empire was challenging, as imperial officials tried to balance the rights and needs of both old and new colonists. The new Anglo settlers in Canada (ironically called “old subjects” because they had been British subjects before the Canadien “new subjects”) wanted to replace Quebec’s old laws and Catholic religious establishment with English law and Protestantism. The British governors, however, believed that the empire was better served by making compromises so as to integrate the French Catholic majority.

The Quebec Act maintained British criminal law in that province, but preserved French property and civil law for Canadien inhabitants. It also allowed Canadien Catholics to practice their religion freely. These new subjects of the British Empire, however, were expected to swear allegiance to the King and defend the crown against traitorous conspiracies. The Act’s conciliatory provisions and the extension of Quebec province down through the Great Lakes to the Ohio River outraged many Protestant Anglo-Americans in Canada and below who saw them as intolerable. The Quebec Act, which was supposed to strengthen empire, thus served to divide it further. 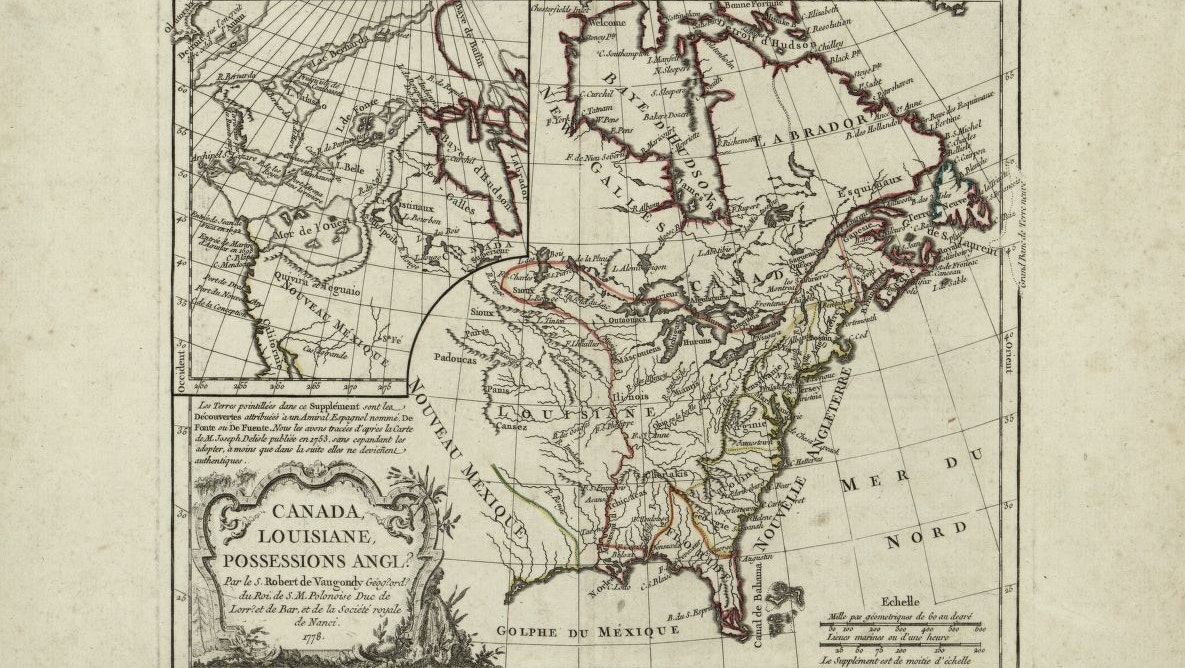 The divide deepened when the lower thirteen colonies became more open in their resistance against Britain and increased their attempts to recruit first Anglo and then French Canadians. The First Continental Congress, upon its assembly in September 1774 to consider responses against the Coercive and Quebec Acts, consciously adopted anti-Catholic and pro-rights rhetoric in order to attract supporters. But then the delegates decided to try enlisting all Canadians, not just the Protestant ones, and so approved an address on 26 October “To the Inhabitants of the Province of Quebec” in which they expressed their hope that former enemies would become friends. The Second Continental Congress, convened in 1775, followed the First by urging the Canadians to join the confederation and promising religious liberty.

American forces carried political tracts as they marched into Canada in the fall of 1775 with the dual purpose of impeding possible strikes into their colonies and encouraging Canadians to support the rebellion. Major General George Washington, the commander in chief of the Continental Army, sent an address to the Canadians saying that Congress sent Major General Philip Schuyler’s army “not to plunder, but to protect you.” Washington assured them that “The cause of America and of liberty is the cause of every virtuous american citizen; whatever may be his religion or his descent, the united colonies know no distinction but such as slavery, corruption, & arbitrary domination may create.”

A committee from Congress visiting Fort Ticonderoga that November also recommended that Schuyler and General Richard Montgomery urge Canadians to join the rebellion and reiterate that Congress desired to ensure “free government,” the “security to their property and persons which is derived from the British Constitution,” and religious rights. Not everyone acted upon such sentiments, however. Although Montgomery delivered Congress’ promises when he marched into Montreal, he left Brigadier General David Wooster in charge of the city while he moved on to Quebec. Wooster arrested Loyalists and clamped down on Catholic clergy as he tried to stifle protest and rebellion against the occupation of Montreal.

Elsewhere, as Americans invaded by word and foot, Quebec’s provincial governor, Sir Guy Carleton, had problems raising local military forces. Not only were some Anglo-Canadians inclined to side with the Americans, but French Canadians were divided. The gentry (seigneurs) and clergy tended to support the government, but many of the common people (habitants) did not. They also, however, were not willing to turn out to defend the province against the Americans. Rather, they wanted to weigh their options and see whether the Americans could capture the lands and earn the loyalties of the Canadian peoples.

The probability that American rebels could take and hold Canada essentially ended during a blizzard on December 31, 1775. Quebec City’s fortifications and better-provided regular soldiers and militia troops defeated the American assaults by General Montgomery and Colonel Benedict Arnold. Montgomery was killed, Arnold was wounded, and their remaining soldiers retreated. Yet neither the Continental Congress nor the Continental Army were quite willing to give up the dream to create a larger, more powerful, American provincial union.

As the American forces huddled outside Quebec City in early 1776 following their disastrous snowy assault, the Continental Congress sent a commission that included Benjamin Franklin to recruit more Canadian support. The commissioners, who reached Montreal on April 29, could not, however, counter the situation perpetuated by smallpox-riddled, under-supplied American troops. Most Canadians rejected Congress’ proposals, and yet some did enlist in the fight for American independence.

James Livingston, an emigrant from New York, recruited Canadian inhabitants to support the initial American invasion of Canada. Congress responded to his efforts with a commission to raise a regiment. In November 1775 Colonel Livingston reported, in a possible overstatement, having 1,000 Canadians with him in what became the 1st Canadian Regiment, but by the following April, he had perhaps only 200. Moses Hazen, a New Englander who settled in St. Jean after the Seven Years’ War, and Edward Antill, originally from New Jersey, convinced Congress in January 1776 to allow them to raise another regiment. By April, however, Colonel Hazen reported that he had only about 250 men in his 2nd Canadian Regiment.

When the Continental Army retreated south from Montreal in June 1776, most of the Canadians in Livingston’s and Hazen’s regiments marched with it. A few more Canadians joined them over the following years. As their numbers were not enough to maintain the regiments, their commanders filled their ranks with both American and foreign-born soldiers. Livingston recruited in New York and Hazen had congressional permission to recruit at large. As a result, although called Canadian, these regiments became mixed Continental units that belonged to Congress rather than a state – since Canada never became one.

The 2nd Canadian Regiment headed towards Canada again in 1779 when Washington sent it to the Upper Connecticut River Valley of New Hampshire (and what is now Vermont) to blaze a possible invasion route to St. Johns (St. Jean). Washington ordered this movement to divert British attention from Major General John Sullivan’s offensive against the Iroquois (Haudenosaunee) in New York and to quiet those, Hazen included, who kept advocating a new northern offensive. General Frederick Haldimand, who became Quebec’s governor in 1778, knew of the road building and deployed regular and militia forces to counter any movements into Canada. Hazen’s expedition was, however, just a feint. In early September, before his troops reached the Canadian border, a chagrined Hazen received orders from Washington to have his regiment return south.

There were always advocates for another try at Canada, but after 1776 the Continental Army concentrated on securing the independence of the thirteen states rather than trying to expand their number. And although the Articles of Confederation contained an invitation (Article XI) to Canada to join the union, the Confederation Congress did not press it and Canada disregarded it. On the other hand, Canada could not ignore the refugees, who became known as the United Empire Loyalists, who settled in the Canadian provinces after the Treaty of Paris in 1783 and reopened some of the issues about rights and governance heard during the Quebec Act debates. Canada, therefore, as well as the United States, still grappled with revolutionary dilemmas after America’s War of Independence.

Dr. Holly A. Mayer is the Chair of the History Department at Duquesne University. Her research is largely focused on civil-military relations during the Revolutionary War and she has contributed numerous essays on this subject. 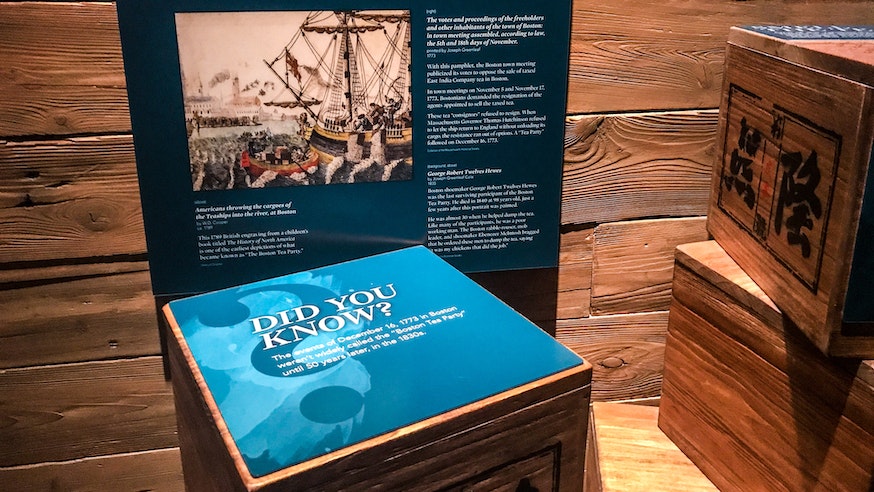 China and the American Revolution

Examine the role China played in the American Revolution, who China's major players were, and additional resources to continue learning more.
Read More 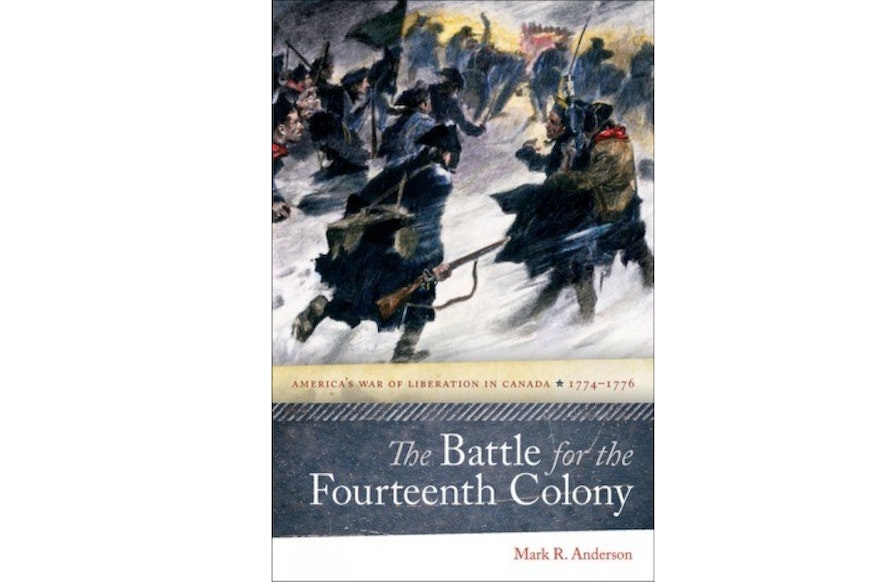 The Battle for the Fourteenth Colony