Celebrate Women's History Month with one of these 13 Read the Revolution books by and about women. 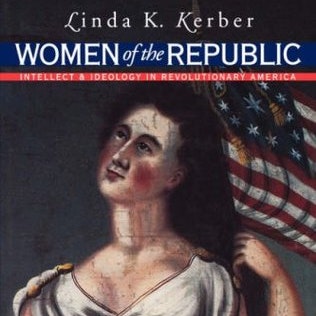 Women of the Republic: Intellect and Ideology in Revolutionary America, by Linda Kerber

First published in 1980, Women of the Republic: Intellect and Ideology in Revolutionary America is now considered both a foundational text in the field of women's history and a defining work for the history of early America. In this groundbreaking study of women's letters, diaries, and legal records, Linda Kerber revealed new insights in how women exercised their rights as political beings and examined the rise of the "Republic Motherhood" ideology. From a woman's perspective the American Revolution was a "strongly politicizing experience," as women served the war effort as nurses, cooks, laundresses, and sometimes as soldiers and spies. In the wake of the war women found themselves in the new Republic without a clear political role and so they shifted their political energies to nurturing civic virtue in their sons and daughters. 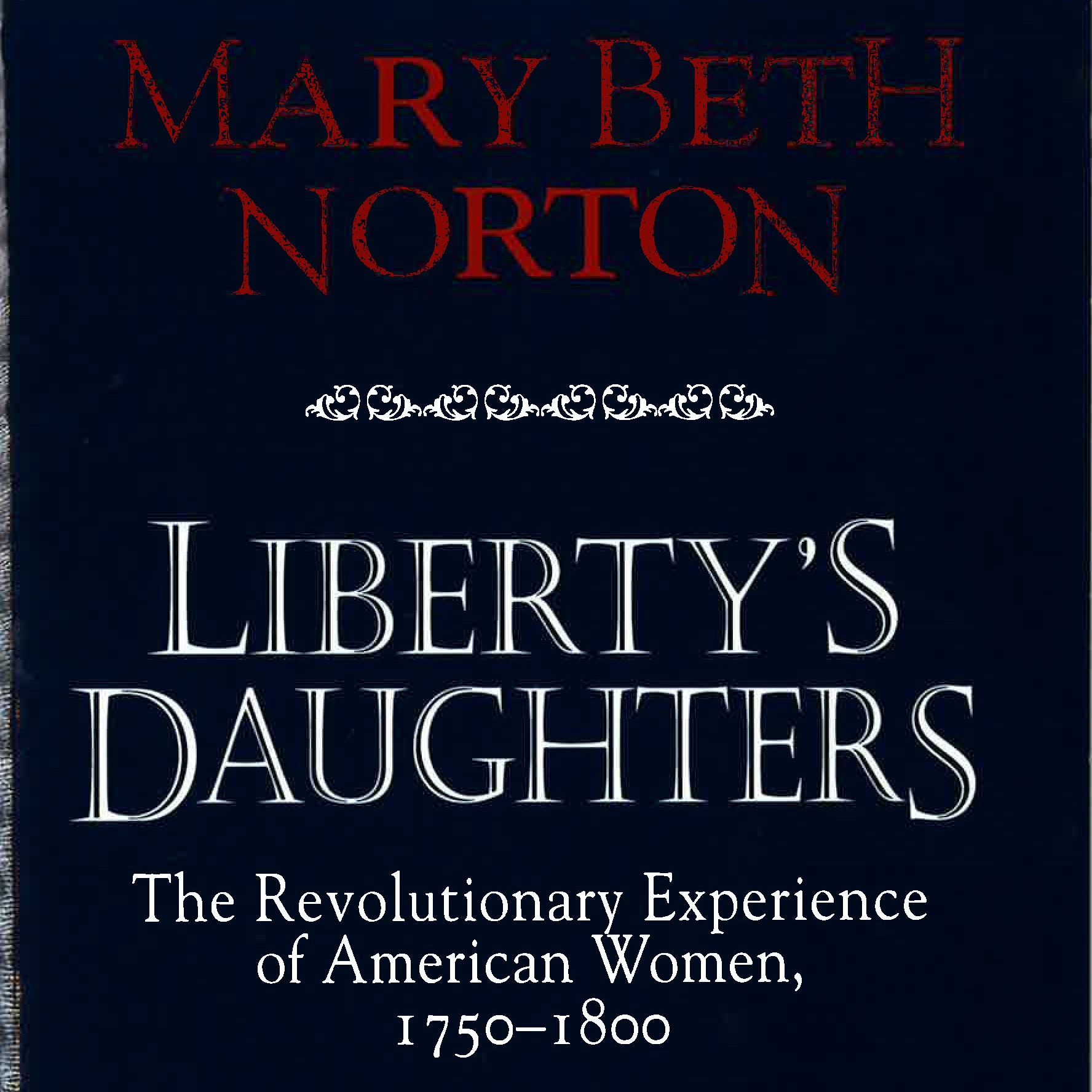 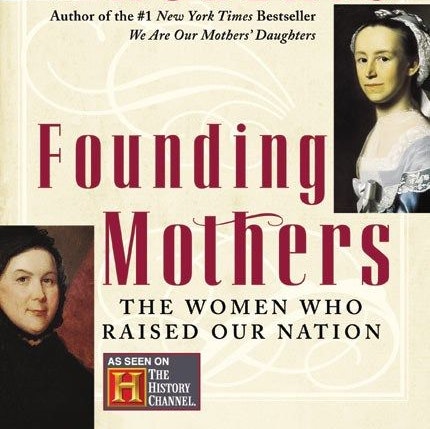 Founding Mothers: The Women Who Raised Our Nation, by Cokie Roberts

While countless stories recount the heroics of men who fought for American independence, far fewer chronicle the equally heroic actions of the women who served during the Revolutionary War. In her book, Founding Mothers, Cokie Roberts offers a comprehensive look at the many roles women played in the war, including soldiers, spies, nurses, and cooks. In this excerpt, Roberts describes the battlefield actions of a handful of women—representatives of many others whose stories have been lost to history. 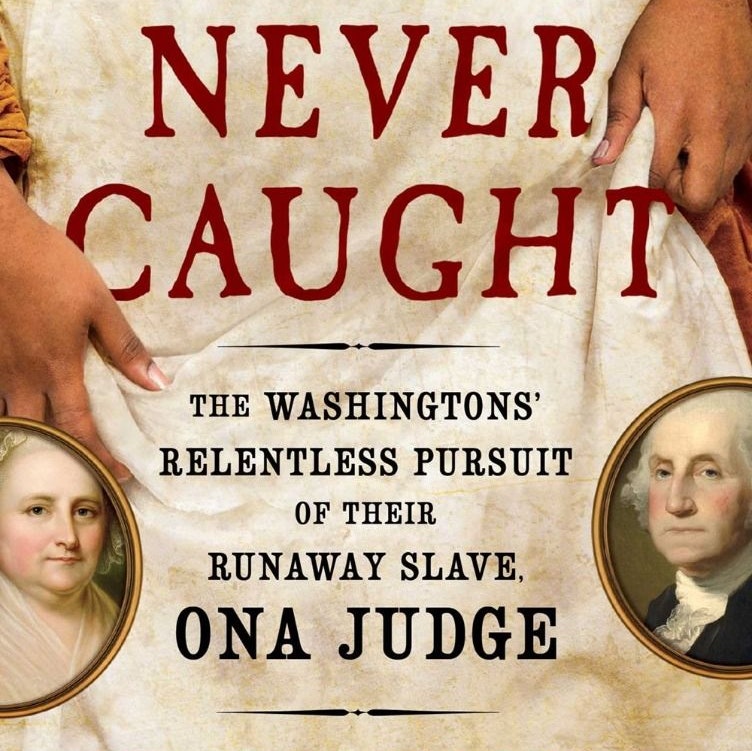 In Never Caught, Dr. Erica Armstrong Dunbar paints a vivid picture of the life of Ona Judge, one of the nine enslaved people whom President Washington and Martha Washington brought with them to Philadelphia in 1790 when the city became the nation’s capital. For six years, Judge worked in bondage in the Washingtons’ Philadelphia home on Market Street. Judge escaped from the Washington household in 1796 in search of her freedom and lived the rest of her life with the threat of recapture looming over her. 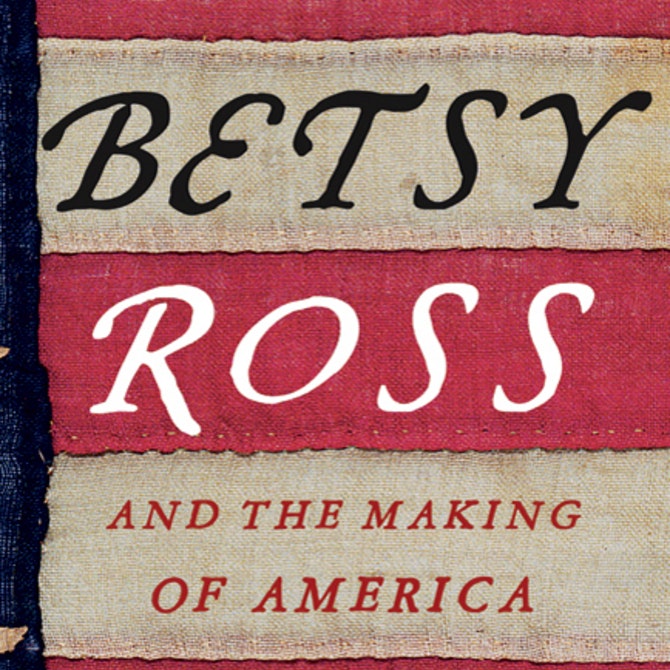 Betsy Ross and the Making of America, by Marla R. Miller

As the story goes, in 1776 General George Washington visited Betsy Ross at her home to discuss the creation of a flag. Betsy, upon reviewing a sketch of the proposed flag's design, quickly suggested one major change-reducing the points on the stars from six to five. After quickly folding a piece of paper and with the snip of her scissors, Betsy Ross demonstrated with ease her five-pointed star design and helped create the nation's first flag. This family legend, recorded and promoted by her descendants in the late 19th century, turned the Philadelphia upholsterer into a national heroine, widely celebrated for her small part in America's founding. 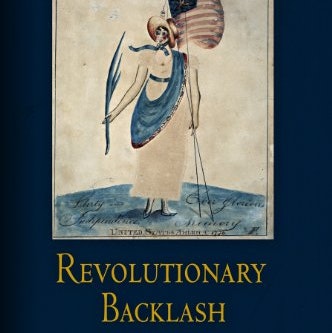 Revolutionary Backlash: Women and Politics in the Early American Republic, by Rosemarie Zagarri

For women, the Revolutionary War resulted in more than American Independence, it became a watershed moment for the development of women's political expression. Rosemarie Zagarri’s Revolutionary Backlash: Women and Politics in the Early American Republic, is a study of the emergence, and eventual suppression of female political activity during and after the American Revolution. Zagarri concludes that the increased political activities of women during the Revolutionary period produced a backlash in their political participation in the 19th century, but set the stage for women’s popular participation in other forms, such as benevolent societies and social reform organizations. 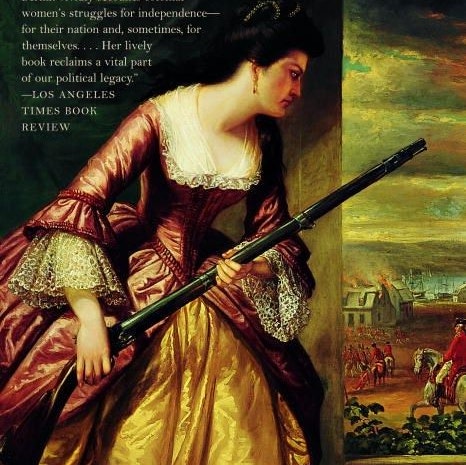 Revolutionary Mothers: Women in the Struggle for America’s Independence, by Carol Berkin

Popular understandings of the American Revolution tend to overlook the contributions of women. In fact, Carol Berkin observes that just three women: Abigail Adams, “Molly Pitcher,” and Betsy Ross, are readily associated with the War. She corrects this “gender amnesia,” as she calls it, in her work, Revolutionary Mothers: Women in the Struggle for America’s Independence, in which she retells the story of the creation of the new nation through the accounts of individual women. Berkin finds that while women of various races, classes, ages, and backgrounds experienced war differently, they each played a unique and important role in the Revolution. 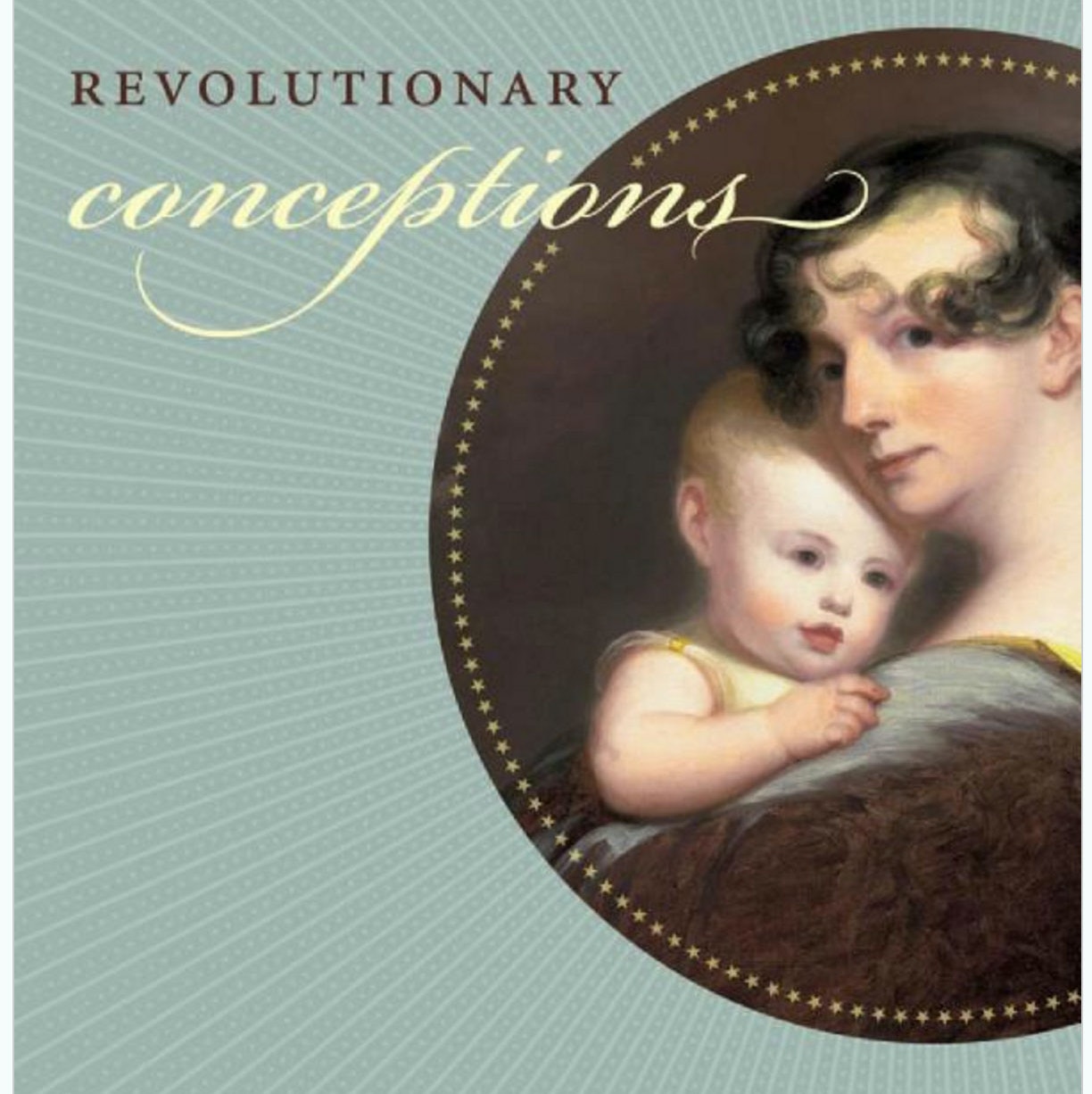 "Procreation is Power" asserts historian Susan Klepp in her study of the long-term decline of birthrates in the United States titled, Revolutionary Conceptions: Women, Fertility, and Family Limitation in America, 1760-1820. Looking at the attitudes and practices surrounding fertility and procreation recorded in diaries, novels, letters, newspapers, and women's portraits, Klepp demonstrates the ways in which the political and social upheaval of the American Revolution ushered in new conceptions of procreation, childrearing, and womanhood. 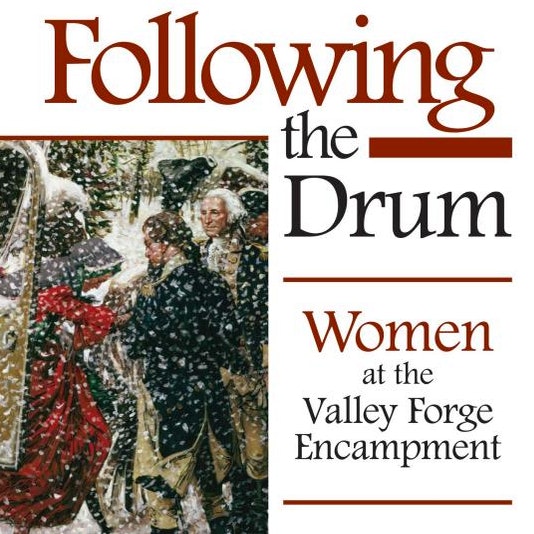 Following the Drum: Women at the Valley Forge Encampment, by Nancy K. Loane

In Nancy K. Loane's book, Following the Drum, she focuses on female camp followers during the American Revolution: among them nurses, cooks, laundresses, and even ladies of privilege, like Lucy Knox. Knox's presence at numerous encampments not only kept her family together during the war, but also facilitated a lasting friendship with a fellow camp follower: Martha Washington. 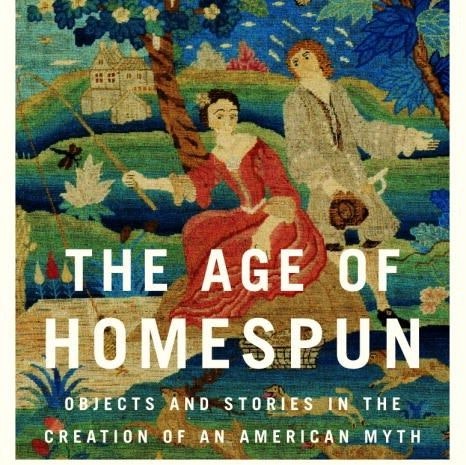 Age of Homespun: Objects and Stories in the Creation of an American Myth, by Laurel Thatcher Ulrich

In the decades of resistance leading up to the War of Independence, Americans throughout the colonies began boycotting the importation of British goods in protest of increased taxation on everyday items. Women played a critical role in this effort, as described in Laurel Thatcher Ulrich’s The Age of Homespun. 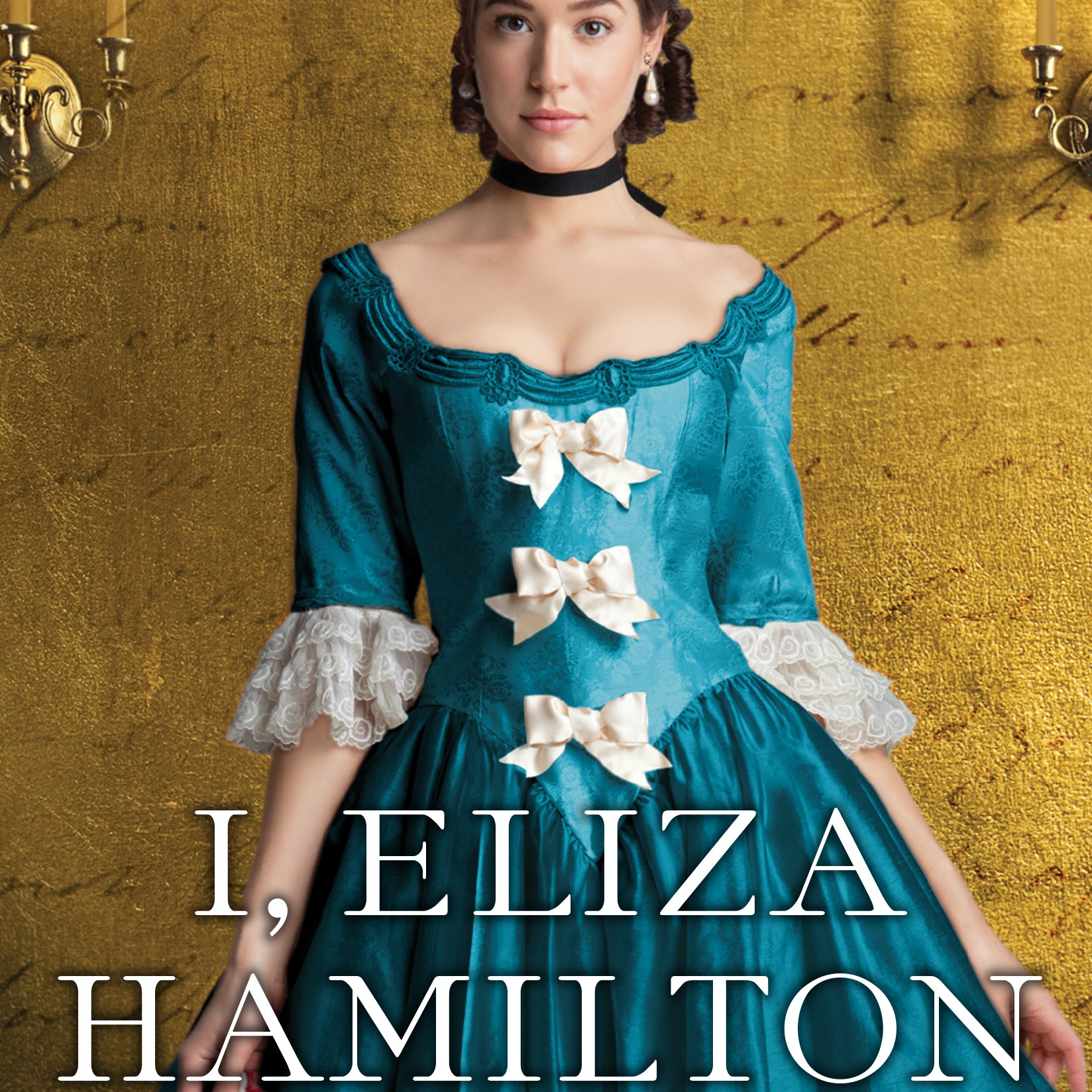 A work of historical fiction, I, Eliza Hamilton, tells the story of Elizabeth "Eliza" Hamilton, née Schuyler, the wife of Alexander Hamilton. Present alongside Alexander at pivotal moments in early American history, the story follows their courtship and marriage through the tumultuous years of the Revolutionary War and the uncertain decades of the early American Republic. The novel, written from Eliza's perspective, includes rich historical details of the places she visited, the people she met, and the clothes that she wore. 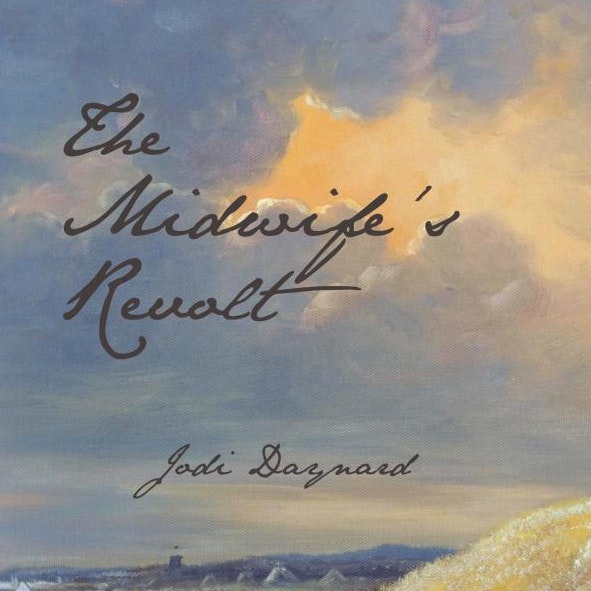 The Midwife's Revolt, by Jodi Daynard

In Jodi Daynard's novel The Midwife's Revolt, main character Lizzie Boylston inhabits a richly-imagined world of women enduring the tumultuous years of the American Revolution. The book opens with Lizzie confronting the harsh reality of widowhood after the death of her husband in the Battle of Bunker Hill on June 17, 1775. 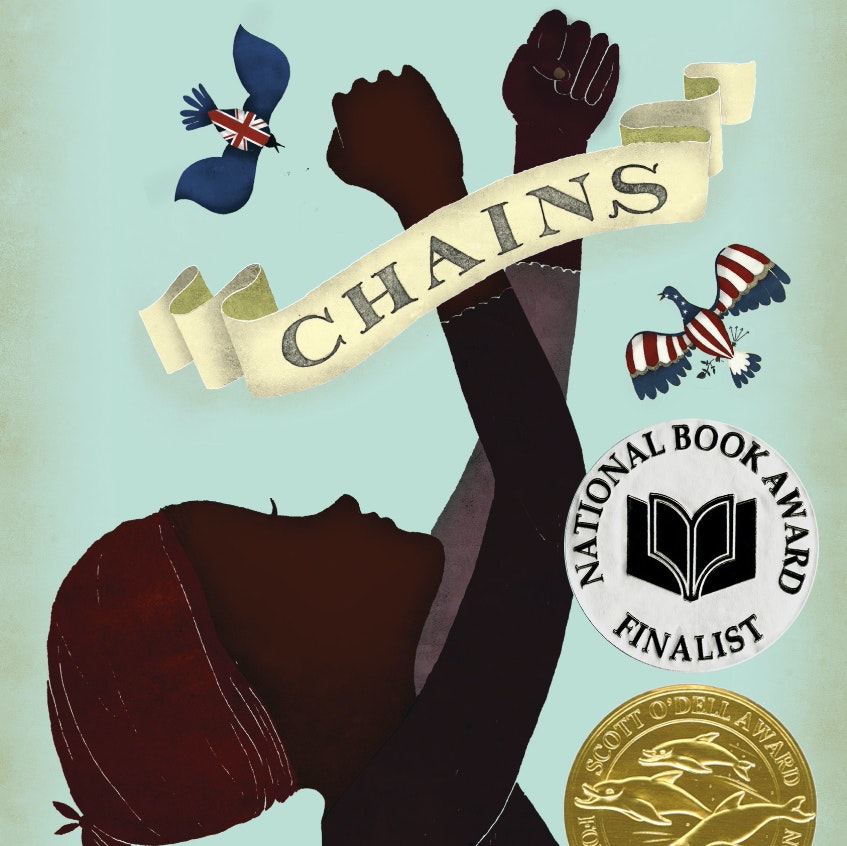 Laurie Halse Anderson's book Chains—winner of the Scott O'Dell Award for Historical Fiction and a National Book Award finalist—tells the story of a thirteen-year-old slave girl named Isabel whose sale to a Loyalist family in New York City coincides with the start of the Revolutionary War.