This is the first in a two-part series about the fate Washington's Headquarters Tent between the end of the Civil War and the start of the 20th century.

Mr. President: Encouraged by your kind attention to a former application and prompted by my friend, Captain May, I now venture to request that you will direct all the articles taken from Arlington and deposited in the Patent Office to be restored. They are relics from Mount Vernon, bequeathed to me by my father, and consequently of great value and interest to his family.

When the Civil War ended in April 1865, a new battle began for Mary Anna Randolph Custis Lee. Her husband, General Robert E. Lee’s, surrender at Appomattox Court House marked the start of Mary Lee’s fight to have her property returned to her by the federal government. This included not only her home in Arlington but also the Washington family relics (including General Washington’s Revolutionary War marquees and other field equipment) that had been confiscated by the federal government during the war. 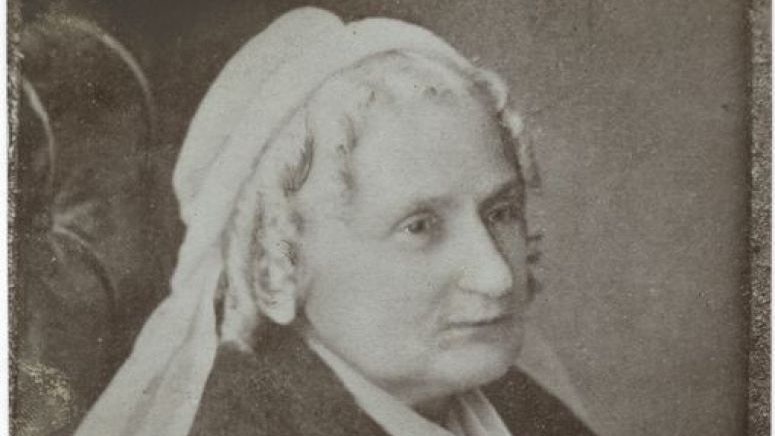 The war years had been hard ones for Mary Lee. Forced to abandon her home in May 1861 — and with it the Washington relics inherited from her father — she spent months living with different family members at their homes in Virginia. After being caught behind enemy lines during one Union Army offensive, and then crossing back into the Confederacy under a flag of truce, she settled in Richmond. There, she seldom saw her husband, who was away commanding the Confederate Army of Northern Virginia. In 1862, her daughter Annie died of typhoid fever. The following year her son Rooney, a Confederate cavalry officer, was captured and sent to a prisoner-of-war camp. Compounding her troubles, Mary Lee’s health steadily declined because of rheumatoid arthritis.

By 1869, four years after the end of the war, she had made little progress in her fight with the federal government. Except for the return of a few personal possessions, her repeated letters and petitions had either been turned down or ignored. In February 1869, she made another attempt using Captain James May, a Lee family acquaintance. May personally delivered a letter addressed to President Andrew Johnson to the Secretary of the Interior, Orville H. Browning. Browning’s department supervised the Patent Office where the relics, including Washington’s marquee, were on public display. Browning took Mrs. Lee’s letter to President Johnson who approved the return of her property. The next day Browning wrote Mrs. Lee:

I am directed by the President to inform you that in accordance with the request contained in your note to him of the 10th inst: all the relics from Mount Vernon bequeathed to you by your father, George Washington Parke Custis, which were taken from Arlington and which are now deposited in the Patent Office, will, upon properly being identified, be delivered to such agent as you may designate, and authorize to receive and receipt for them in your name.

With sentiments of high regard

But it was not to be. On February 26, 1869, the Washington Evening Express mistakenly reported that the artifacts taken from Arlington House that originally belonged to George Washington were to be handed over to Robert E. Lee instead of his wife. The article set off a heated debate in the United States House of Representatives. Congressman John Logan, a former Union Army general, called for an inquiry “to ascertain by what right the Secretary of the Interior surrenders these articles so cherished as once the property of the Father of his country to the rebel general-in-chief.” The investigation, concluded on March 3, 1869, ruled that the Washington artifacts were “the property of the Father of his country, and as such are the property of the whole people and should not be committed to the custody of any one person, much less a rebel like General Lee.”

Mary. Lee had no way to appeal Congress’ decision. President Johnson’s term in office expired the next day on March 4, 1869. His successor was her husband’s one-time foe, Ulysses S. Grant.

The Washington relics remained on display at the Patent Office. Mary Lee died on November 5, 1873 — leaving the fight to regain possession of the Washington tents to her children.

Part Two: A new generation fights for the return of the Washington family relics...