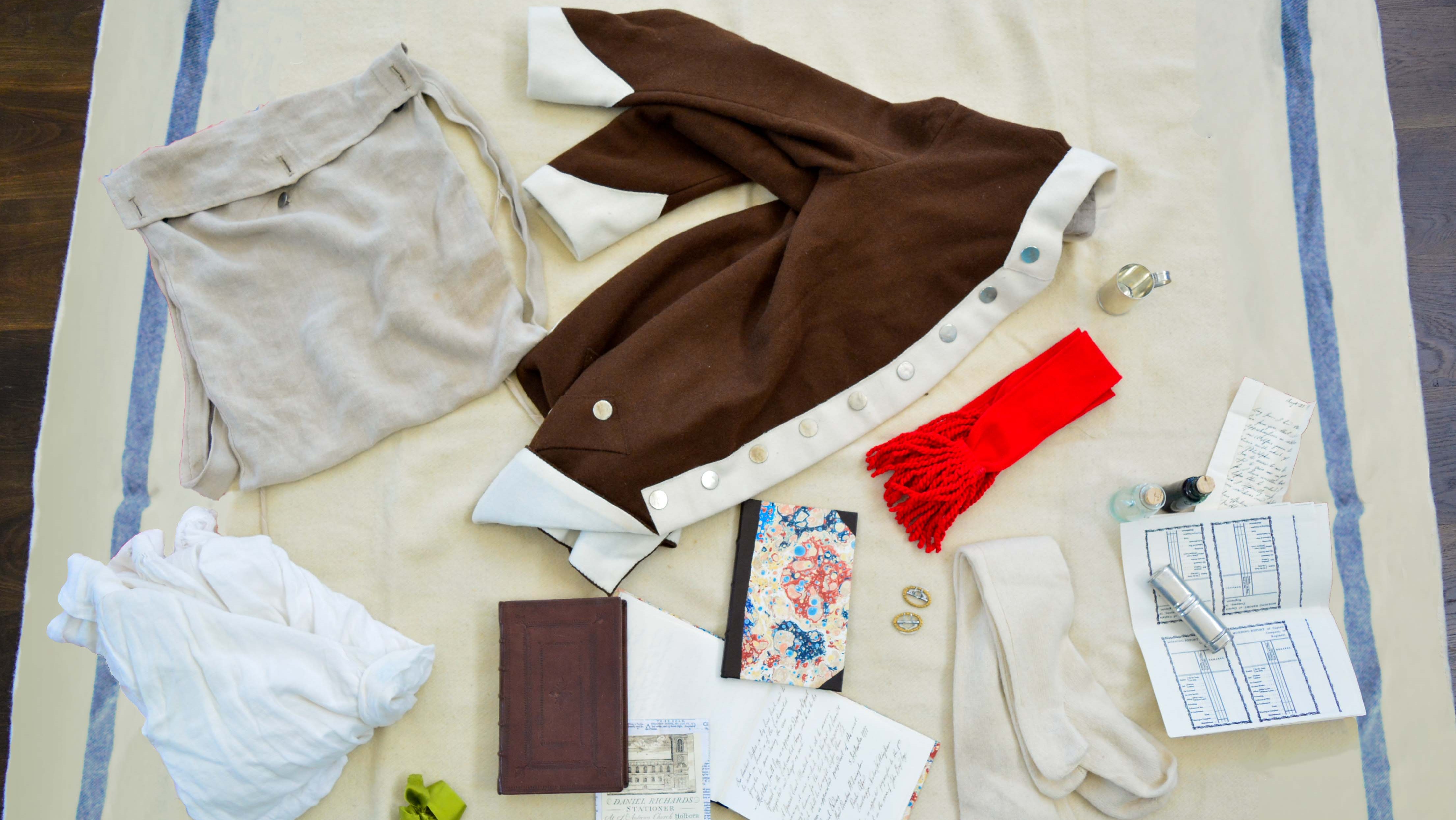 On Sept. 11, 1777, George Washington and his Continental Army engaged British forces commanded by General Lord William Howe along the Brandywine River in an attempt to protect the Revolutionary capital, Philadelphia, from British occupation. After a hard-fought battle, his exertions and those of his troops proved unsuccessful. Outnumbered and outmaneuvered, Washington was forced to call a full retreat as British and Hessian forces approached from front and flank, threatening to trap and destroy his entire army.

Caught up in the resulting rout was Sergeant John Hawkins of the 2nd Canadian Regiment, a unit otherwise known as "Congress's Own." Attempting to climb over a fence, Hawkins was forced to leave his encumbering knapsack behind in order to escape onrushing British Highlanders. Though he would live to fight another day — and be promoted to Sergeant Major the very next month — Hawkins would never see the contents of his knapsack again.

Hawkins, however, left meticulous accounts of those lost belongings recorded in his military journal. Using the firsthand account of Hawkins' abandoned belongings, the Museum reproduced the contents of the pack for hands-on exploration! Learn more about the contents of Hawkins’ pack below. 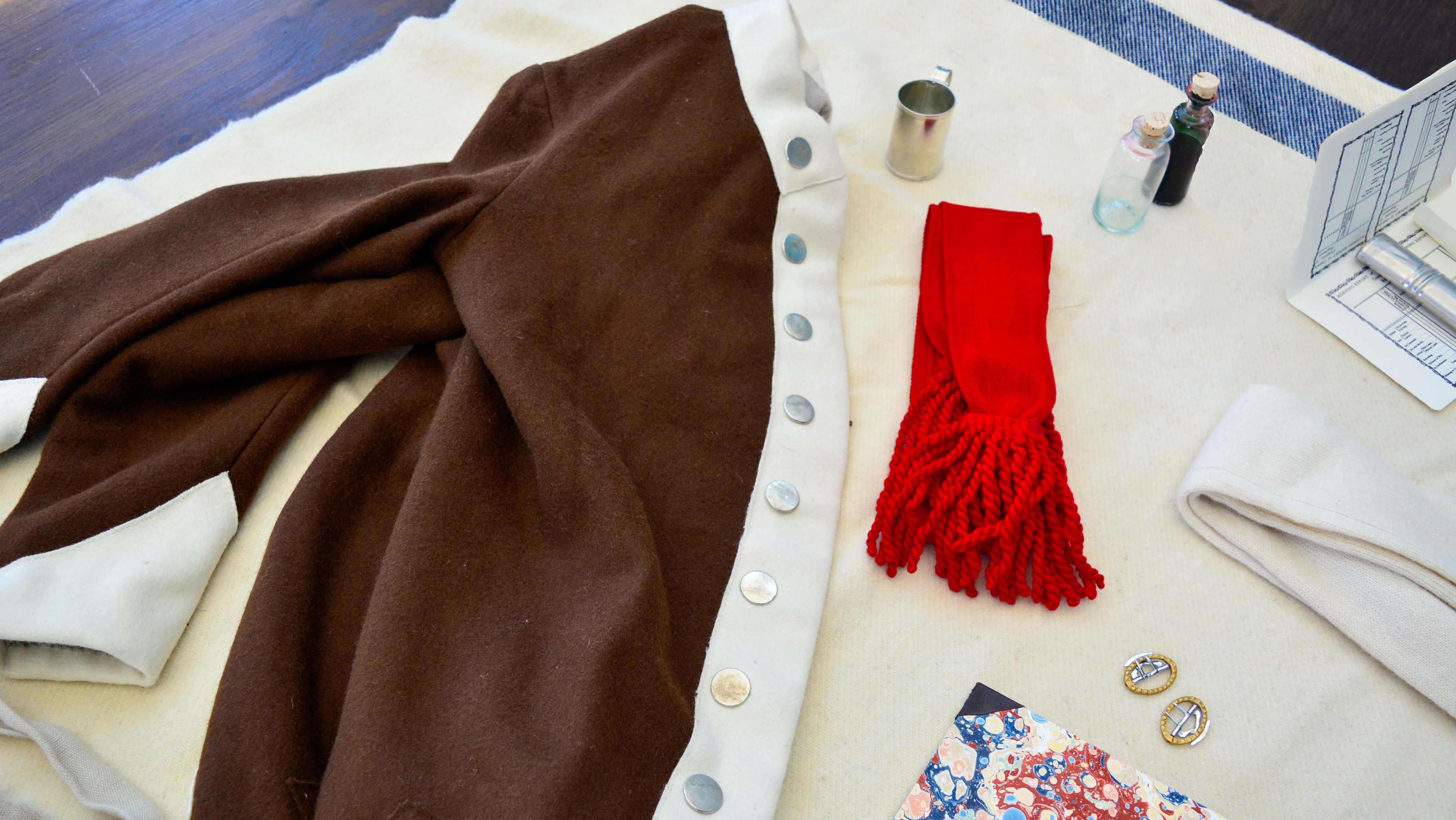 The uniform coat is a reproduction of a coat worn by the 2nd Canadian Regiment (“Congress’s Own”), a unit of which Hawkins was a sergeant. Meanwhile, the sash, or sergeants swash, was used to mark military distinctions of service and rank. 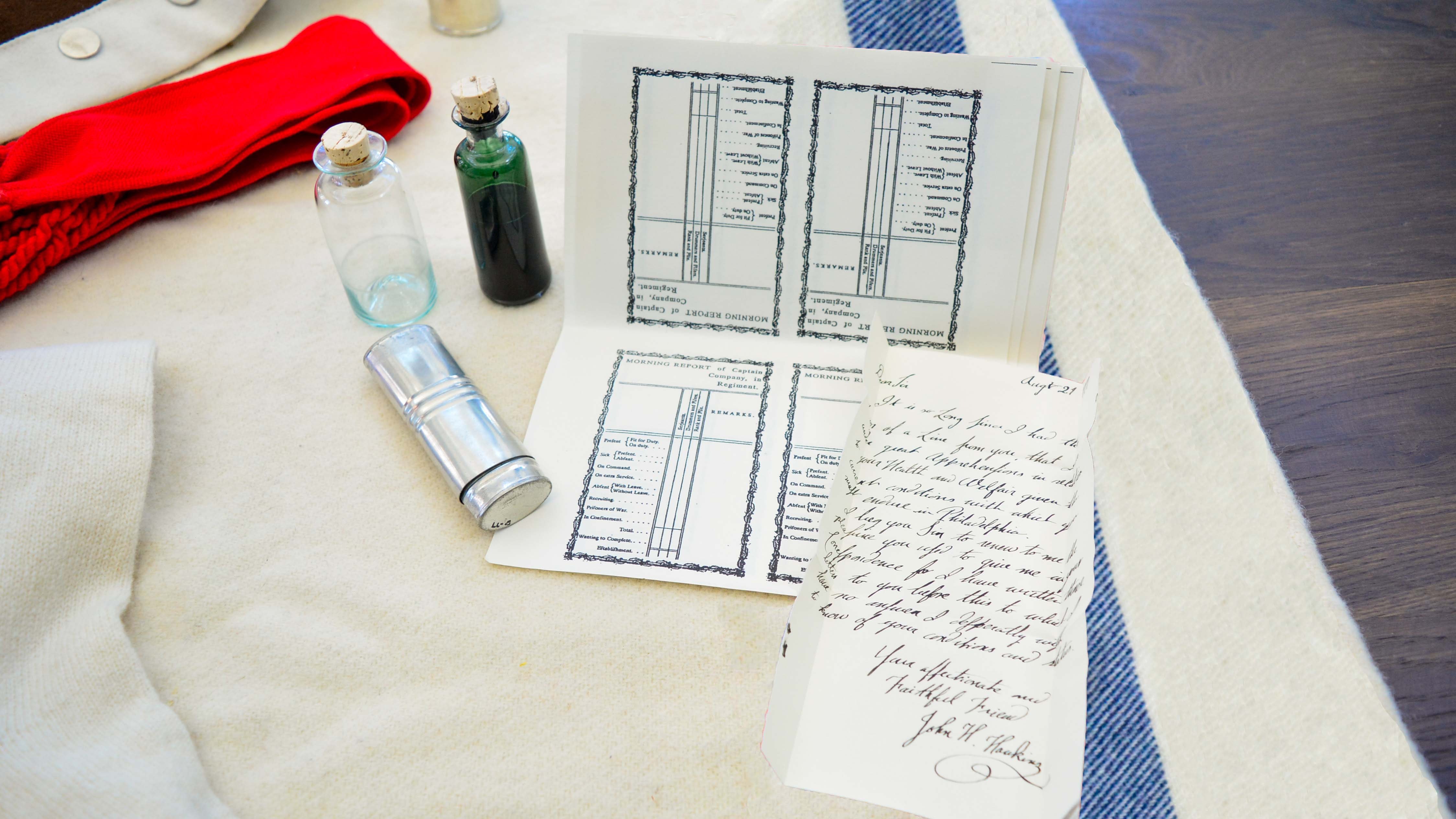 Morning returns or reports (paper, left) were available in a variety of different templates from a multitude of military manuals. The design could be transferred to a printing press plate and then recreated as needed. Hawkins' personal letter (paper, right) is a letter he wrote to a friend in Philadelphia recreated based on an allusion Hawkins makes in his account of his lost items. 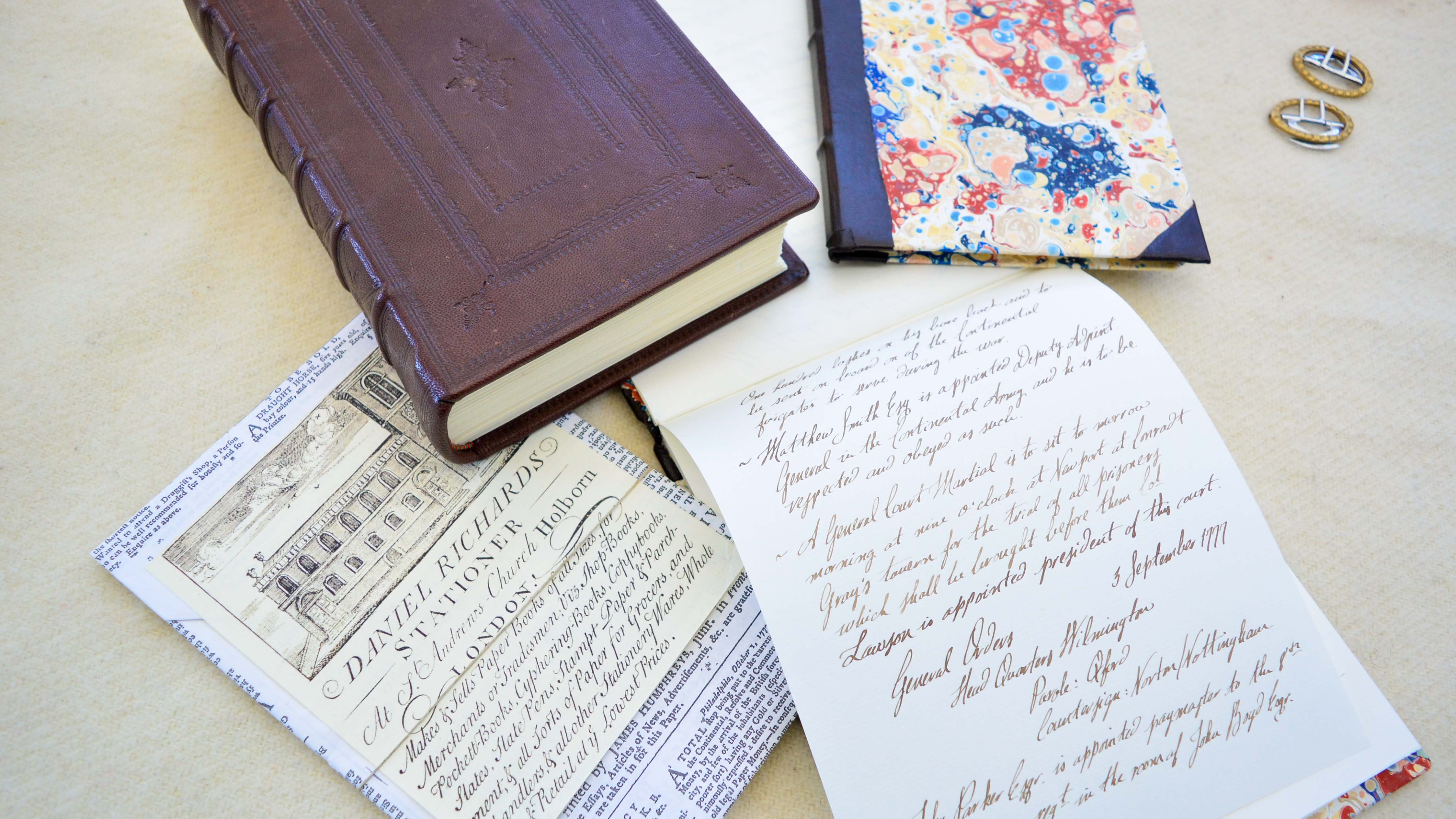 The brown book in the top left above is a reproduced copy of The Religious Letters of Mr. Samuel Rutherford. Also included is a memo journal as well as a quire of writing paper. A “quire” refers to one-twentieth of a ream of paper; a “ream” being 500 pieces of paper, this bundle contains 25 sheets. 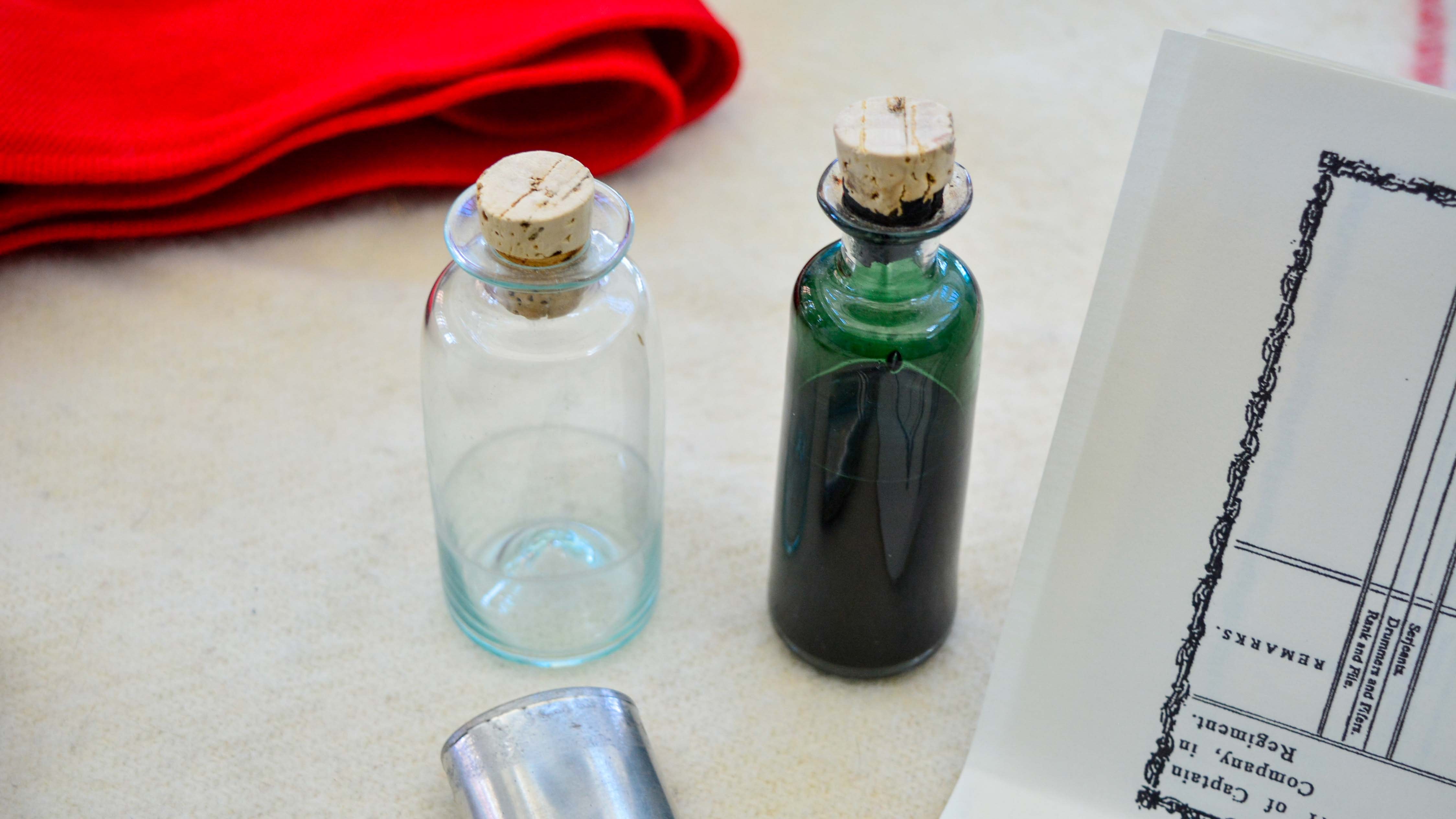 In Hawkins' account of his lost items, he wrote of "2 Vials of Ink." While Hawkins did not specify his ink vials were glass, the Museum's research did not find any other materials, though it is possible they could have been made from perhaps a more durable material. 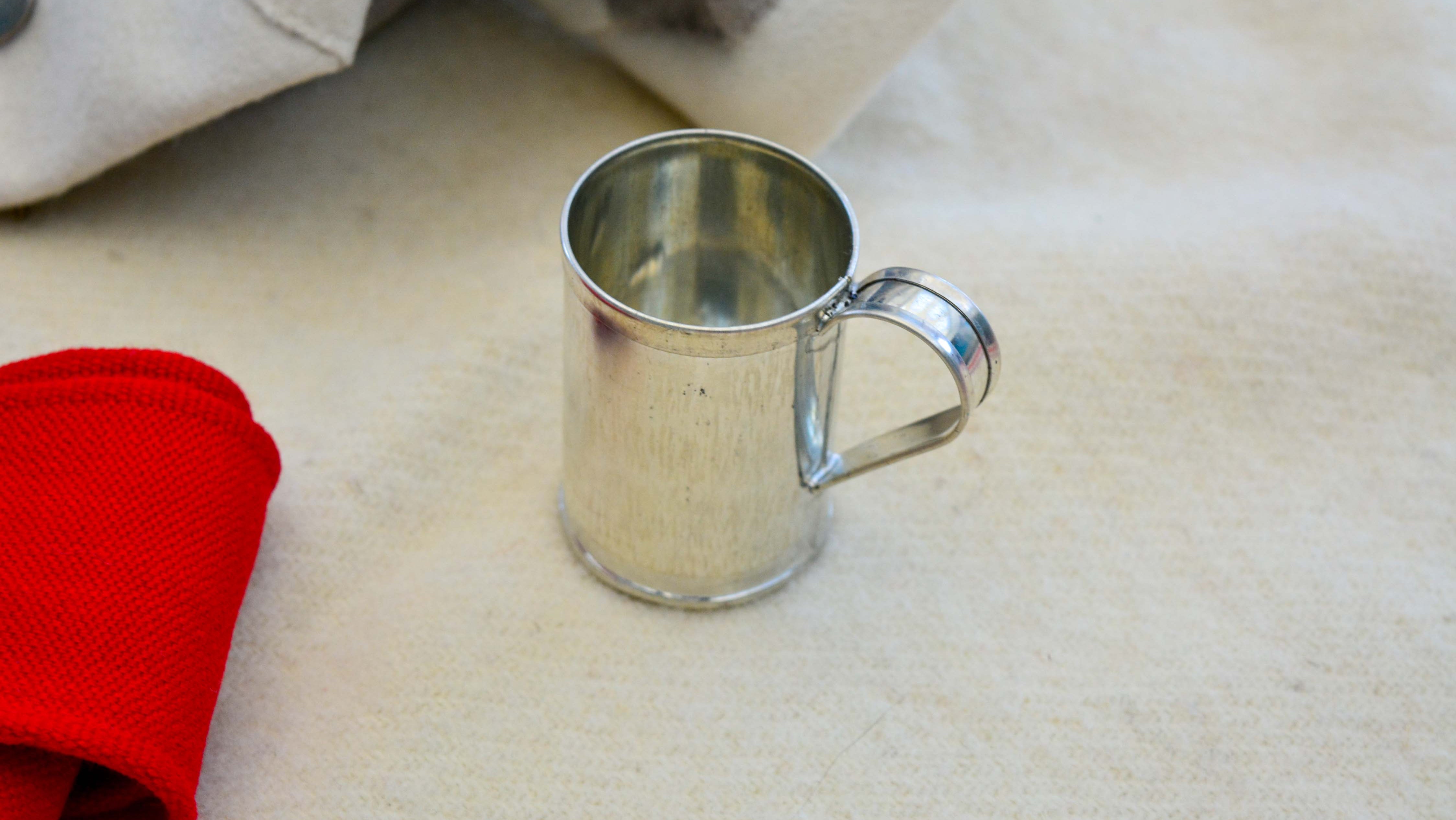 Tin gill cups, like the reproduction above, were in common usage throughout the 18th- and early 19th-centuries as a measuring device, notably in the military for measuring spirt rations to soldiers.

Additional items in this discovery cart include a knapsack, linen shirt, and wool stockings. 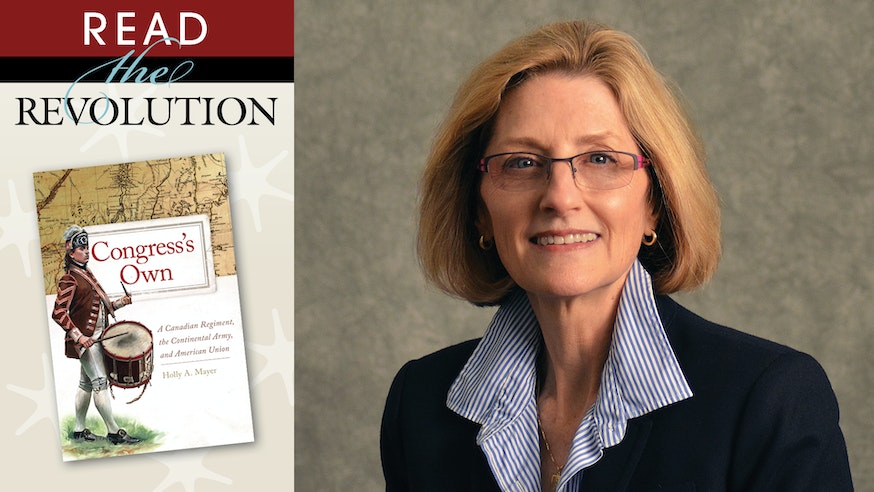 September 30, 2021 from 6:30-8 p.m.
Dr. Holly A. Mayer joins the Museum for a hybrid onsite and online event to kick off our 2021-22 Read the Revolution Speaker Series with a discussion on her new book, Congress's Own.
Go to Event 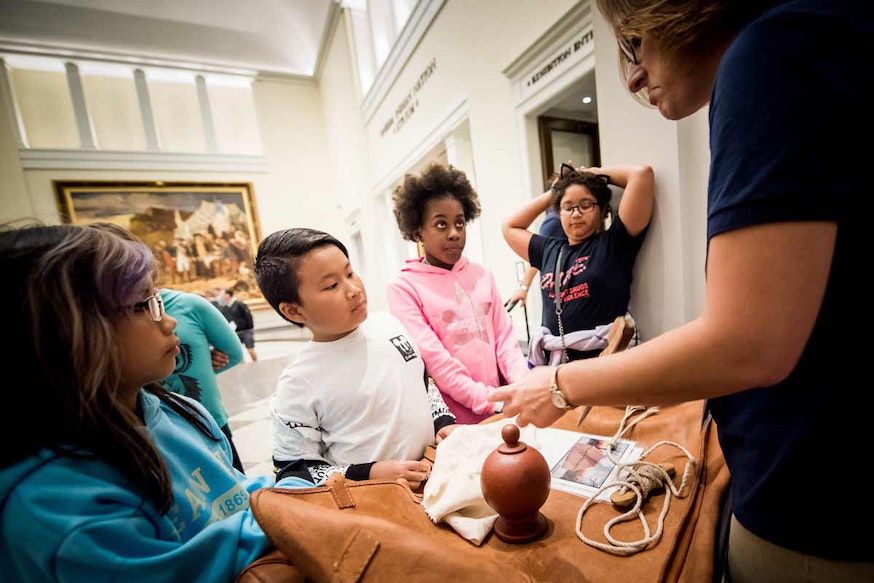 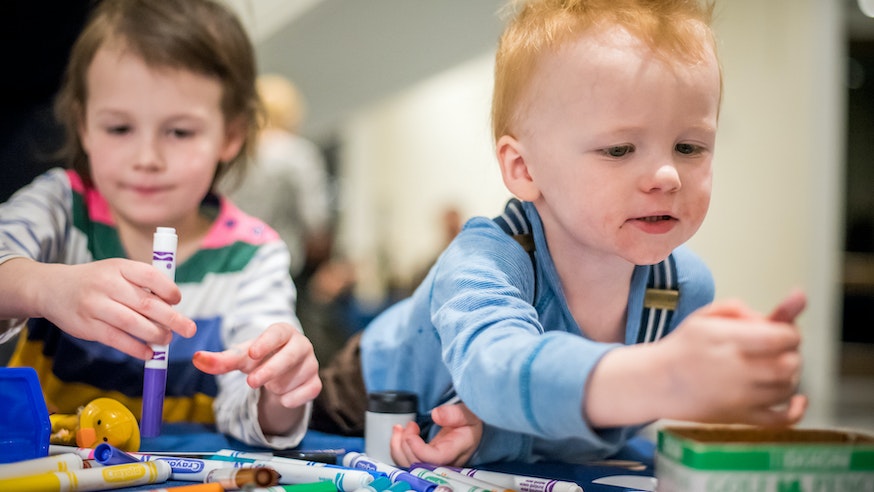