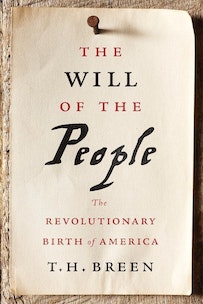 The Will of the People: The Revolutionary Birth of America by T.H. Breen Buy the Book

There is no single Revolutionary story. In The Will of the People: The Revolutionary Birth of America, T. H. Breen unearths surprising tales of the everyday people and local communities whose participation in the American Revolution helped sustain the war effort. Breen identifies seven stages of Revolution, including rejection, assurance, fear, justice, betrayal, revenge, and reconciliation. His formulation helps restore human passion to the traditional narrative of the American Revolution, providing an alternative understanding of the conflict to those that focus solely on either lofty ideas or gritty realities.

T.H. Breen joined us at the Museum on Nov. 21, 2019 as part of our Read the Revolution Speaker Series. The program is available to re-watch. See Content

By bringing us down to the ground level of revolutionary activity, Breen shows us how local justices, militia officers, radical committees, and town meetings coordinated with fellow revolutionaries to make decisions. While his work speaks to revolutionaries’ surprising capabilities to deliberate, cooperate, organize, and mobilize their revolutionary efforts, it also points to the Revolutionaries use of tactics like banishment and intimidation to exert control.

Committees occasionally attempted to reason with suspects. If only they could be made to see their political errors, they might still be allowed to interact in normal ways with neighbors. One of the more celebrated examples of a committee’s efforts to effect a change of mind occurred in New York State. Late in 1776 Peter Van Schaack, a wealthy and well-educated gentleman, made it clear that he could not in good conscience take an oath of allegiance to the new regime. He did not come out in open support of Great Britain. Rather, Van Schaack insisted that he be allowed to remain neutral. The Committee for Detecting and Defeating Conspiracies found Van Schaack’s plea indefensible. It summed him and other of similar convictions for an official hearing. The committee resolves to ask the people ‘whether they respectively consider themselves as subjects of the State of New York, or of the King of Great Britain; if they answer that they consider themselves as subjects of the State of New York, then to tender to them the oath of allegiance, and, on their taking and subscribing the same, to discharge them.’ Van Schaack refused the offer. The committee did not back down. Persuaded that it had given him ample opportunity to make his peace with the state’s provisional government, it banished Van Schaack to Massachusetts, where he remained throughout the war.

Van Schaack deeply resented a punishment that separated him from home and family. Even in exile, he protested that committee’s actions. No doubt, as a person trained in the law, he scored some points. He asked how the committee could ask him to swear an oath to what at the time was only a provisional government. Was this a legitimate institution? On what grounds could a temporary revolutionary legislature demand obedience? Van Schaack also called into question procedures of an extralegal body. ‘If I was to be condemned on suspicion,’ he wrote in 1777, ‘I expected at least that my informers and judges should have been under oath; and if a test was necessary, I expected it would be in consequence of some general law, putting all men who are in the same class in the same situation, and not that it should be left at the discretion of particular men to tender it to such individuals as malevolence, or party, family, or personal resentment should point out.’

Van Schaack’s petitions had no effect on the verdict. The committee thought it had treated him generously. It had explained the issues involved. All he had to do was take an oath. After all, he was not a Quaker or member of another religious group that had scruples about swearing oaths before civil authorities. None of this made the slightest difference to Van Schaack. Even after Great Britain signed a peace treaty, he still complained about the committee’s conduct. Gouverneur Morris, then a leading figure in New York politics and friend of member of the committee, showed some sympathy, admitting that mistakes could have been made during the war, but considering that an enemy threatened to overrun the state in 1776, he concluded the Van Schaack should perhaps have had a better understanding of the situation. Morris explained how he viewed revolutionary allegiance. ‘While the appeal lay to reason, I reasoned,’ he recounted; ‘when it was made to the sword, I thought it my duty to join in the great issue. When the breach was so widened that no hope remained of a cure, I solemnly pledged my faith to support the independence of my country, which had then become essential to her liberties.’ Van Schaack could have supported the cause. But he had not done so, and now, the only consolation was ‘it is your misfortune to be one out of the many who have suffered.’

John Jay had been more directly involved in the Van Schaack interrogation. After the war, the two men tried to re-establish a friendship. While it was clear that Jay looked forward to a cordial future, he reminded Van Schaack how revolutionary justice had worked. The committee had been under extreme pressure to identify domestic enemies. Decisions had to be made quickly. ‘Your judgement,’ Jay observed, ‘and consequently your conscience, differed from mine on a very important question.’ What Jay remembered from his work on the committee was that ‘no man can serve two masters: either Britain was right and America was wrong; or America was right and Britain was wrong. They who thought Britain right were bound to support her; and America had a just claim to the service of those who approved her cause. Hence it became our duty to take one side or the other.’ Van Schaack’s motives for refusing to take an oath may have reflected honest, even admirable beliefs, but during wartime it had been almost impossible for the committee to separate Van Schaack from others who ‘left and took arms against us, not from any such principles, but from the most dishonorable of human motives…Against these men, every American must set his face and steel his heart.’ 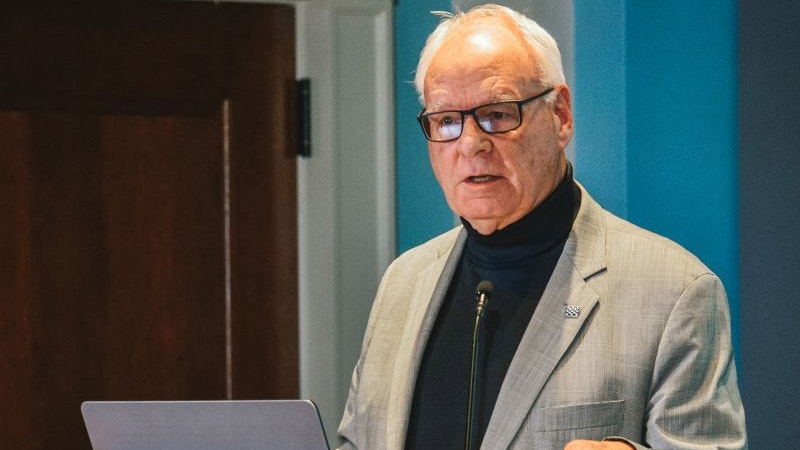